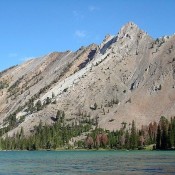 Climbing and access information for this peak is found on page 219.

WCP-2, a rugged, broken summit, sits north of Swimm Lake and west of WCP-3. Livingston Douglas climbed the peak from WCP-3. His route information is set out below. Also use the link below to read Dave Pahlas’s trip report. 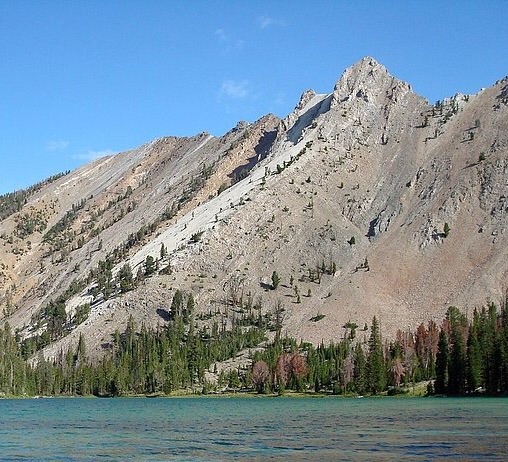 I climbed this route on August 30, 2016 via a ridge traverse from WCP-3. The approach is from Hoodoo Lake Trail (please refer to the West Ridge and North Ridge Routes of WCP-3 for more details on this approach).

Retraced my route down the southeast Ridge of WCP-2 then up the west Ridge of WCP-3; the traverse back to WCP-3 took just over an hour. Descended the gentle north ridge of WCP-3 down to a saddle then returned E then NE back down to Hoodoo Lake.
Be very careful when climbing the Southeast Ridge Route on WCP-2. This route is not for novices and has significant inherent dangers.