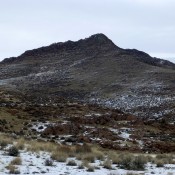 Livingston Douglas provided the updated route information and additional photos found below. Livingston descended the west face. I recently climbed his route of descent and added a description and map of that route. Updated November 2021

Wedge Butte is an impressive volcanic remnant located on the north edge of the Snake River Plain just east of ID-75. It is a distinctive summit from most angles. The butte rises abruptly from the plain and is capped with a rocky crown. Wedge Butte can be climbed from almost any direction. Lines up the east and southeast faces encounter cliffs which may exceed Class 4. However, routes from north and west have the fewest obstacles. USGS Shoshone Ice Cave 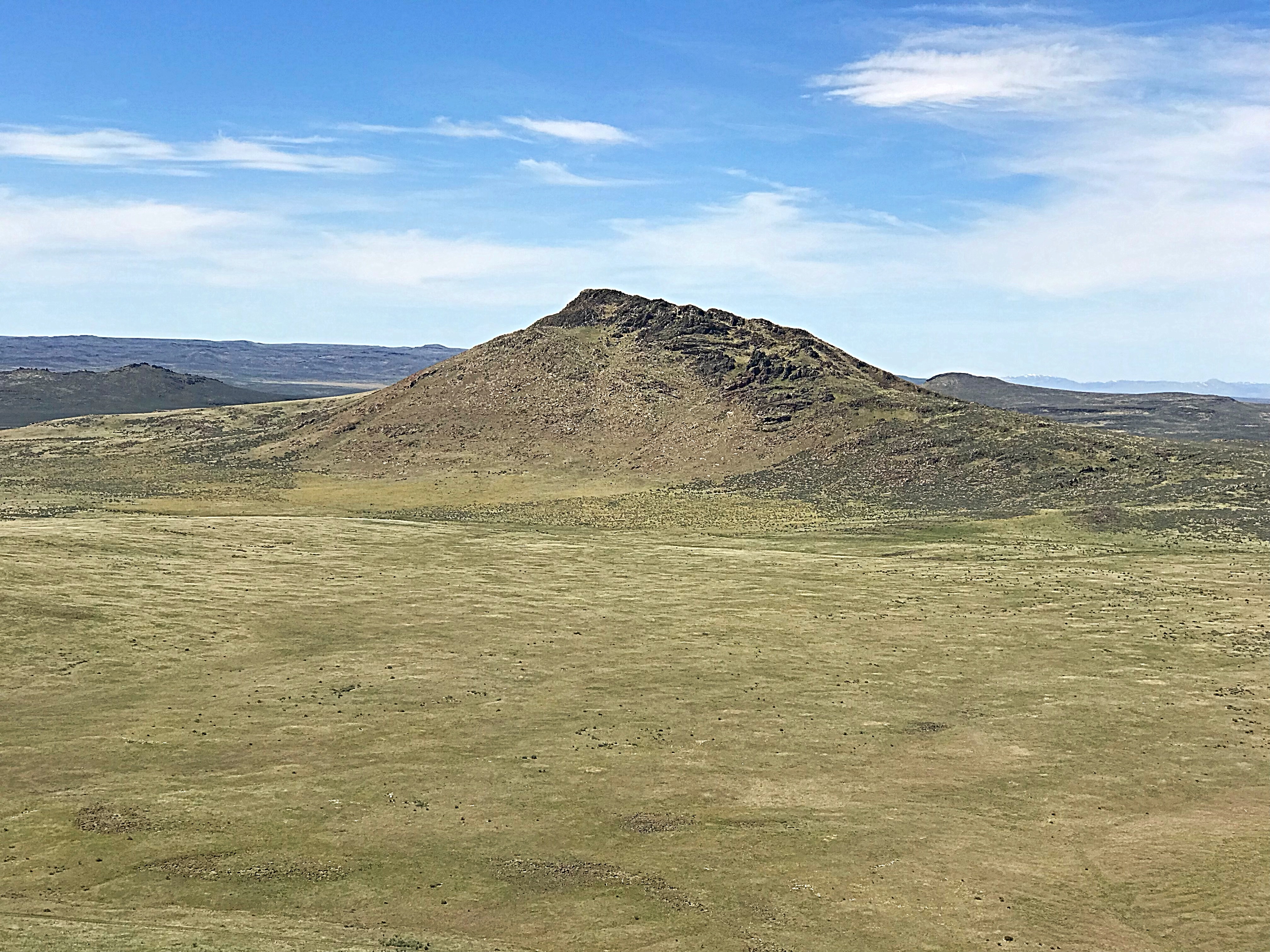 Wedge Butte as viewed from Peak 5273

The peak is accessed from ID-75 where the Picabo Desert Road (a BLM road) leaves the highway. This junction is exactly 7.0 miles south of the US-20/ID-75 junction. The BLM road goes over a cattle guard and runs east along the south edge of the butte. The road is signed and is on the east side of the highway. This road receives occasional maintenance but will be difficult to navigate when wet. When the road nears the southeast edge of Wedge Butte, there is a fork. Follow the left fork, which leads toward the peak’s east slopes.

Follow the Picabo Desert Road east then northeast to an early, unsigned road junction. After this junction, the road bends left/northeast and follows a dry gully that separates Wedge Butte from Peak 5273. Follow this road north for about 1-1/4 miles up this gully to a point just past the steep east face of Wedge Butte where there is a prominent gully (to your left/west). Leave the road and scramble northwest up a shoulder to reach the northeast ridge.

The terrain is a mix of rock (boulders, talus) and scrub. It is a bit tedious. Follow the rounded ridge southwest up through sage/grass initially. The ridge narrows, steepens, and becomes very rocky. It has cliff bands, steep face rock, and blocks to navigate (Class 3). The rocky summit of Wedge Butte has three USGS benchmarks in three separate boulders. A tall post is in a nearby summit cairn. 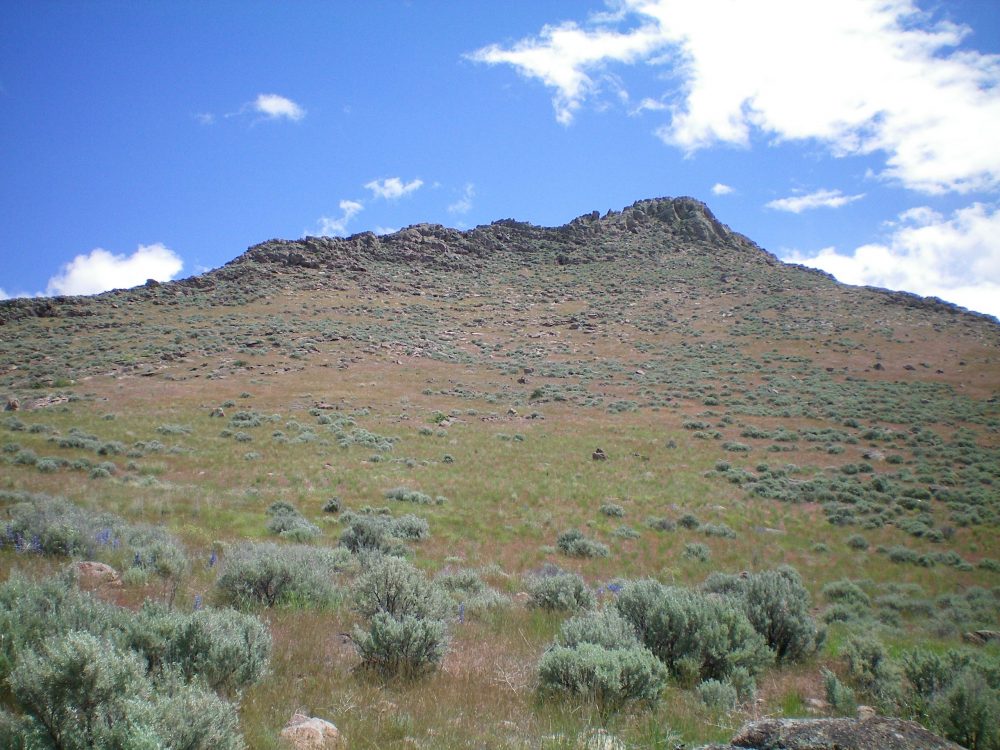 The southwest face of Wedge Butte as viewed from the prominent south gully. Livingston Douglas Photo

Primary access is from ID-75 as described above for the northeast ridge. From the highway, follow the Picabo Desert Road east then northeast for 0.6 miles to an unsigned road junction. This 4WD two track leads north for a mile to a dead end in a gully at the base of the peak’s southwest corner. Follow the gully up to the 4,980-foot saddle southwest of the summit. From the saddle, traverse north below the rocky west rib and out onto the west face. Climb the sagebrush-covered slope east past occasional boulders and rock steps to the summit. 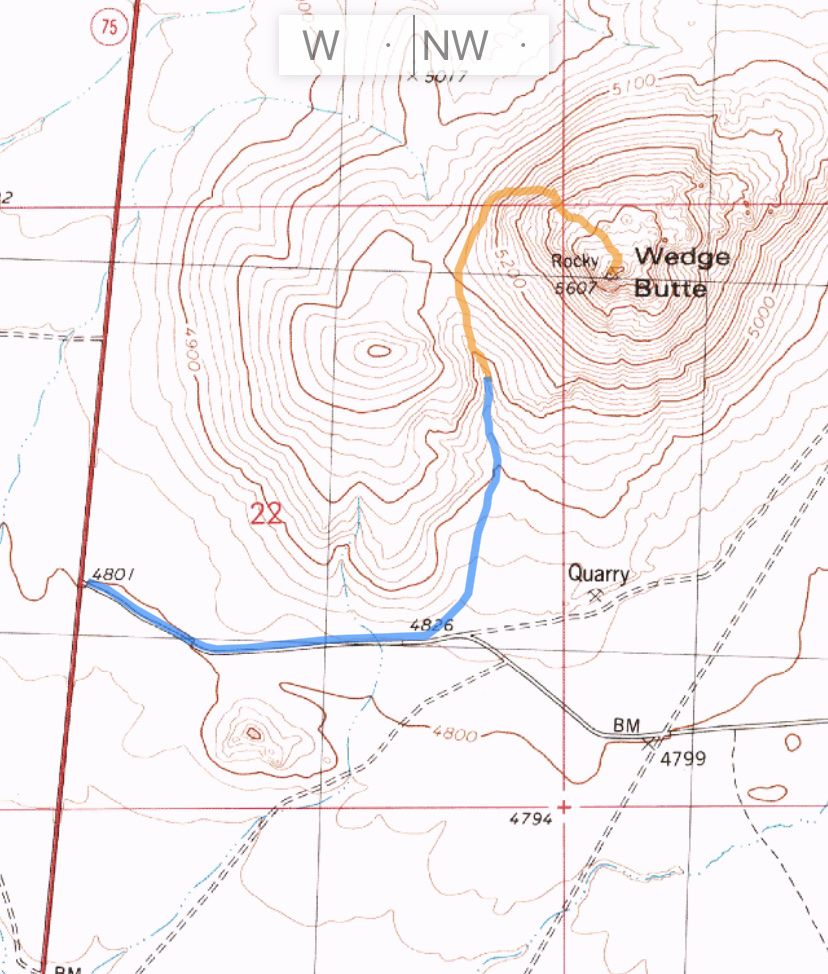 From the parking spot the route climbs to the summit in 0.7 miles with just over 600 feet of elevation gain.

From the summit, descend northwest at the top of the summit cliffs until the terrain eases and allows you to descend the west face to the head of a prominent gully at a saddle (4,980 feet). It is a rock-and-scrub scramble down to the saddle. Find an old jeep road at the saddle and follow it south down the gully to intercept Picabo Desert Road. Follow the road back to your vehicle. This is a much easier route than the northeast ridge. 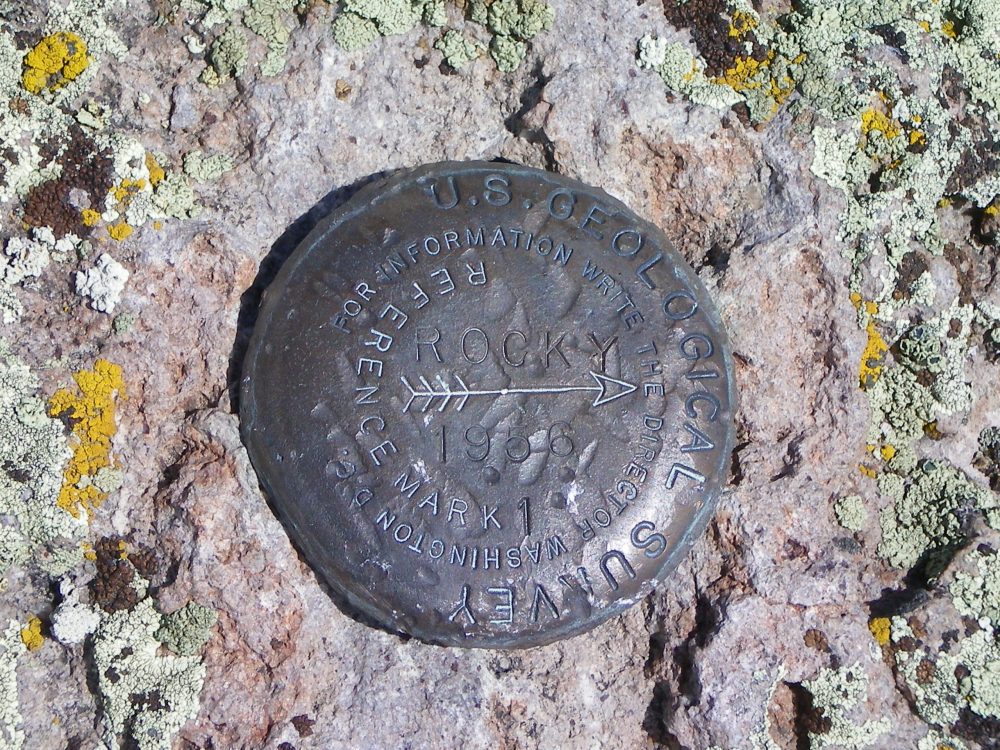 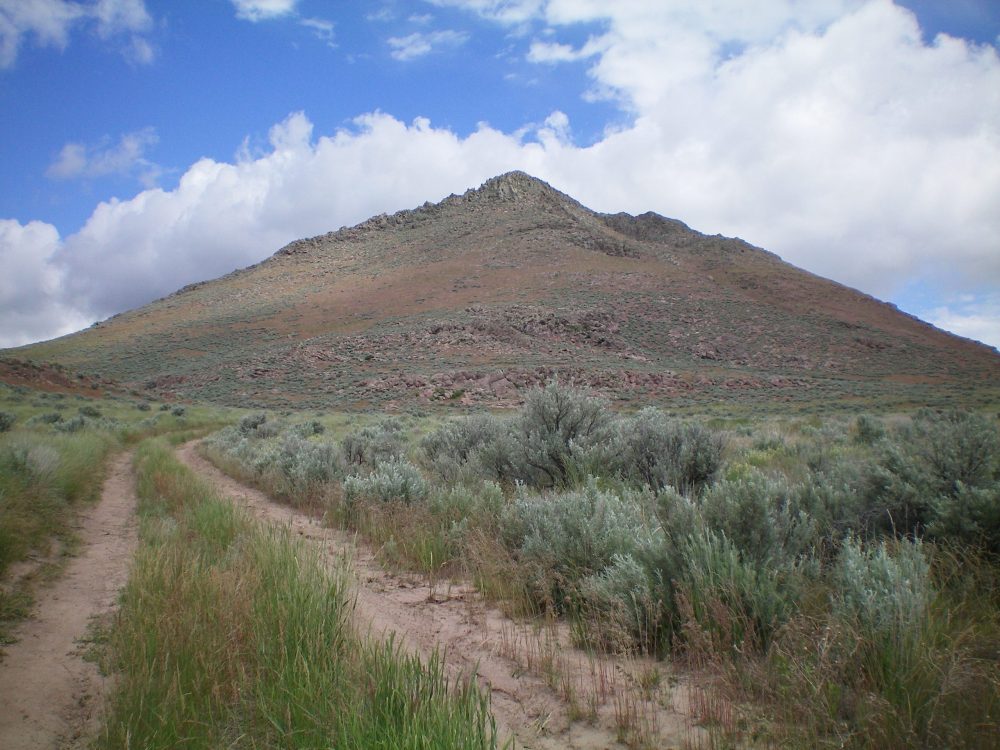 The south face of Wedge Butte as viewed from Picabo Desert Road. The south gully is to the far left and leads to a saddle at the base of the west face. Livingston Douglas Photo 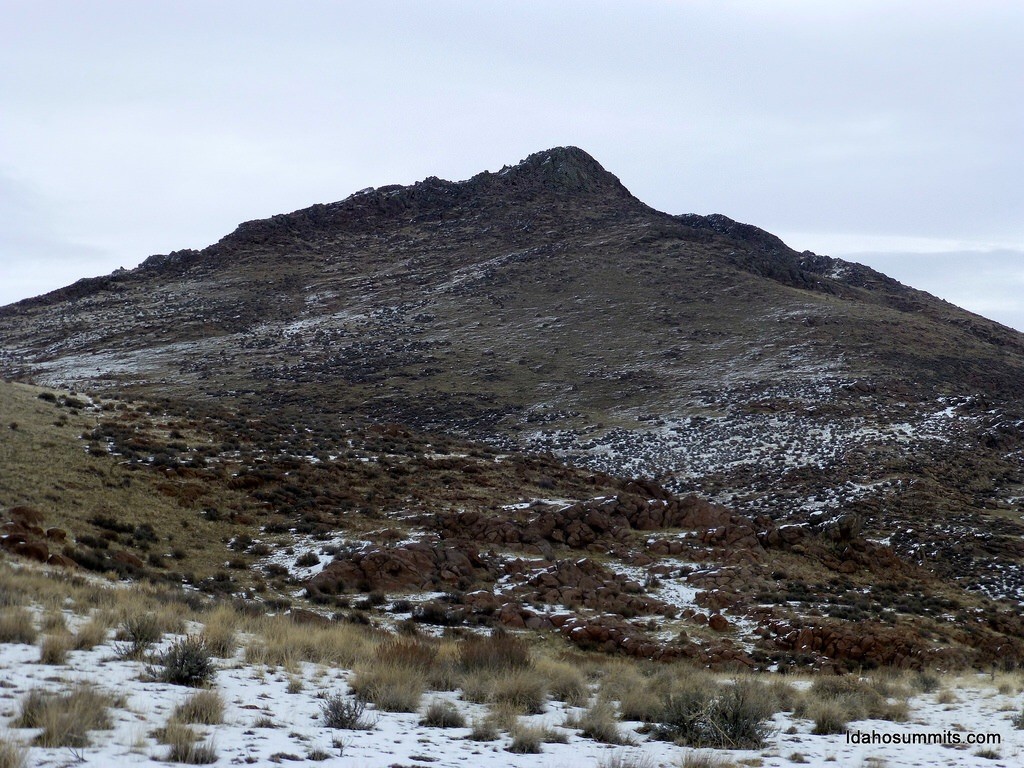