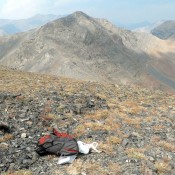 Climbing and access information for this peak is on Page 287 of the book.

Wet Peak is located on the main Lost River Range Crest north of Invisible Mountain. Most ascents have started in the upper Wet Creek Drainage. Most climbers include this peak in a traverse which includes Octoberfest, Hidden Peak, Wet Peak and South Wet Peak. Use the links below to read about these traverses. See also Livingston Douglas’ North Ridge Route description which is set out below. USGS Mackay

There is reliable information that the high point is not at the USGS benchmark. I have observed that it often happens that a summit benchmark is located at a good viewpoint for the surveyors rather than at the absolute high point. Thus, the true elevation of this peak is higher. Livingston Douglas made the following observation: 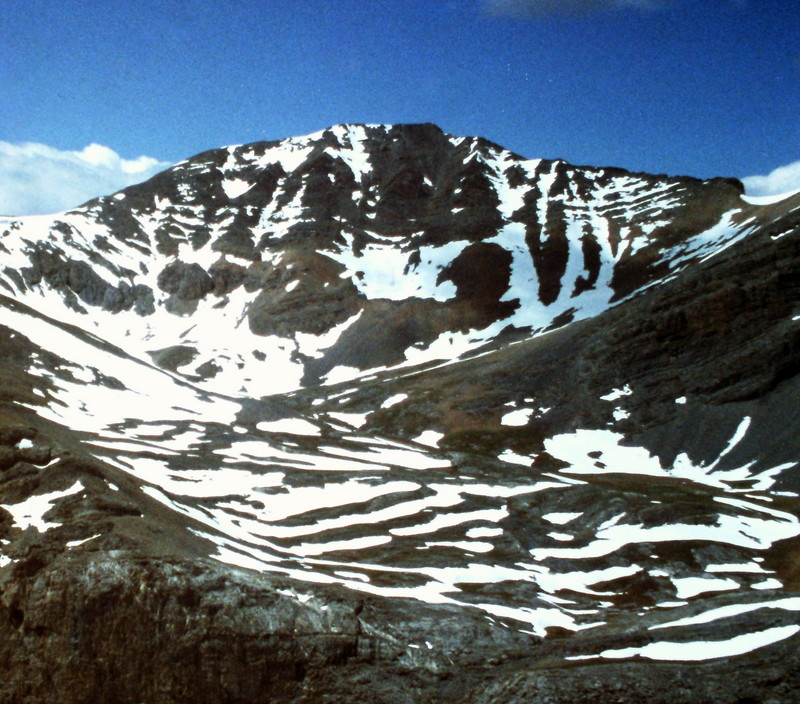 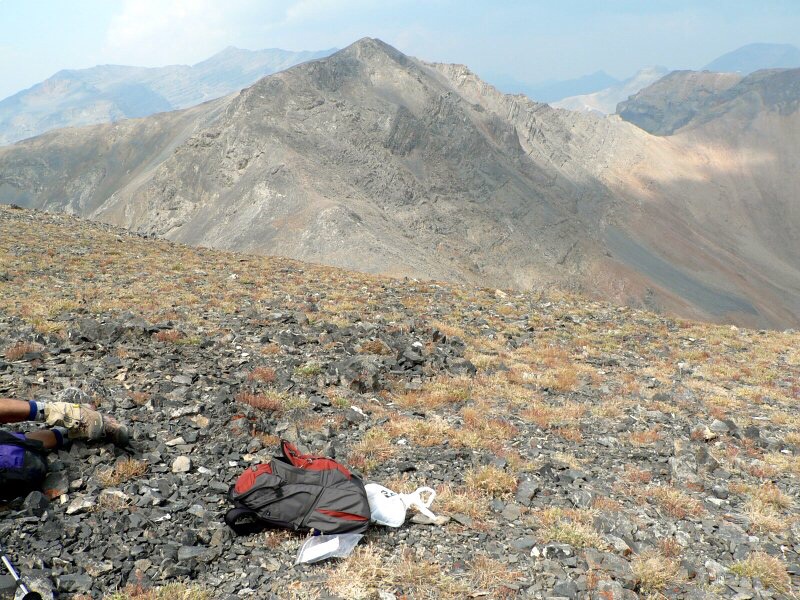 The north ridge begins at the 10,820-foot ridge saddle between Wet Peak and Hidden Peak, approximately 1/2 mile north of Wet Peak. Scramble up the narrow ridge crest to the gentle, broken-scree summit of Wet Peak. The high point is at the NW end of the slanted, elongated, ridge line summit area. It is NOT located at the [lower] Wet Benchmark shown on the Mackay quadrangle, which is approximately 200 feet to the SE. There are two USGS benchmarks embedded in large ground boulders at the Wet Benchmark location. There was no summit cairn on either the true summit or the Wet Benchmark, so I built a small cairn atop the true summit.