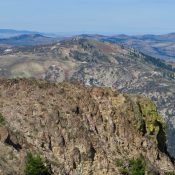 Climbing and access information for this peak is found on page 345. Also see the Owyhee Mountains Peaks List for all of the peaks in this range. Published September 2019

War Eagle Mountain has a patchy combination of public land (managed by BLM) and private land used by mining and communications companies. In spite of the private ownership, the peak is easily accessible to the public. Climb the peak via a prominent gravel road from the south used to service equipment on the summit. Both the south road and a trail from the west to the summit are frequently used by 4WD, ATV, and dirt bike riders. The summit is a popular viewpoint. The high point is an obvious small outcrop of rocks. USGS Silver City

Make a Day of It

While you are in the area, climb Hayden Peak, Turntable Mountain and Bald Mountain. 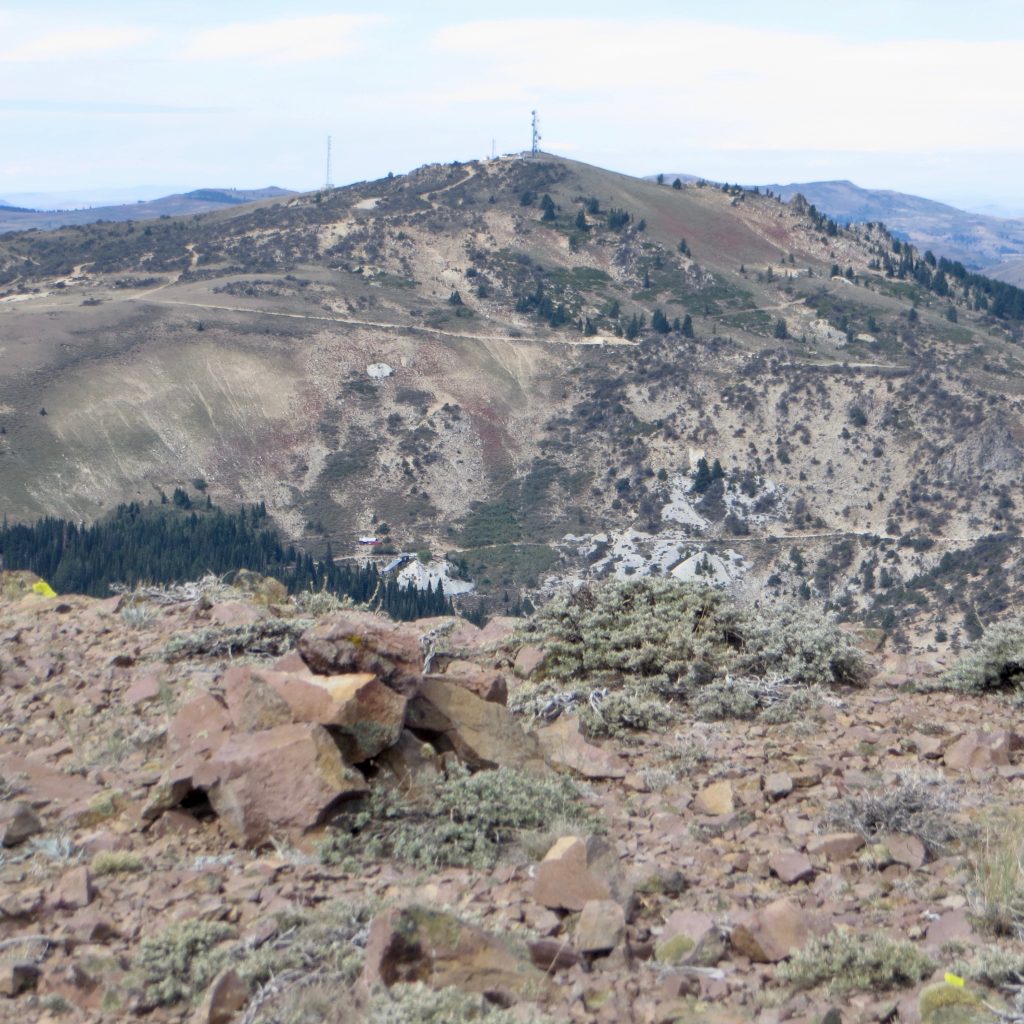 A view of War Eagle Mountain from the summit of Turntable Mountain. Steve Mandella Photo 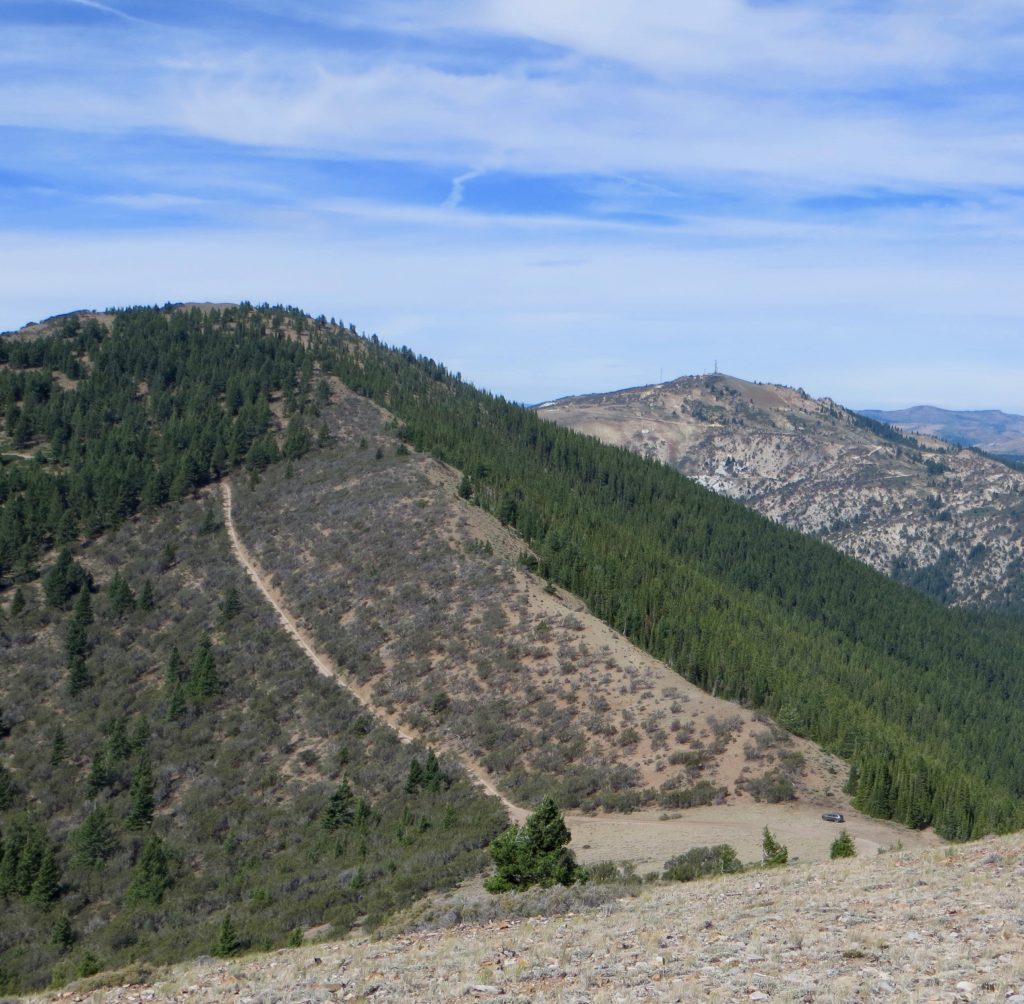 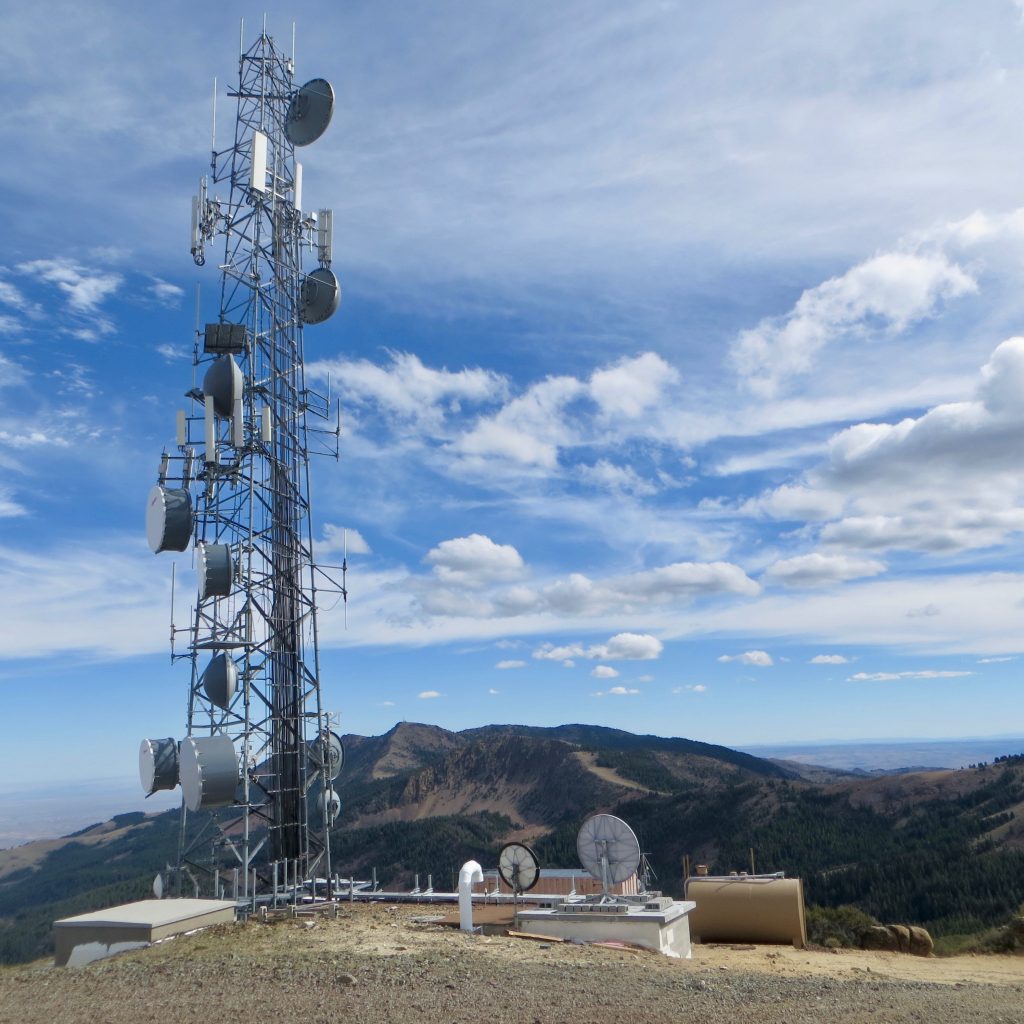 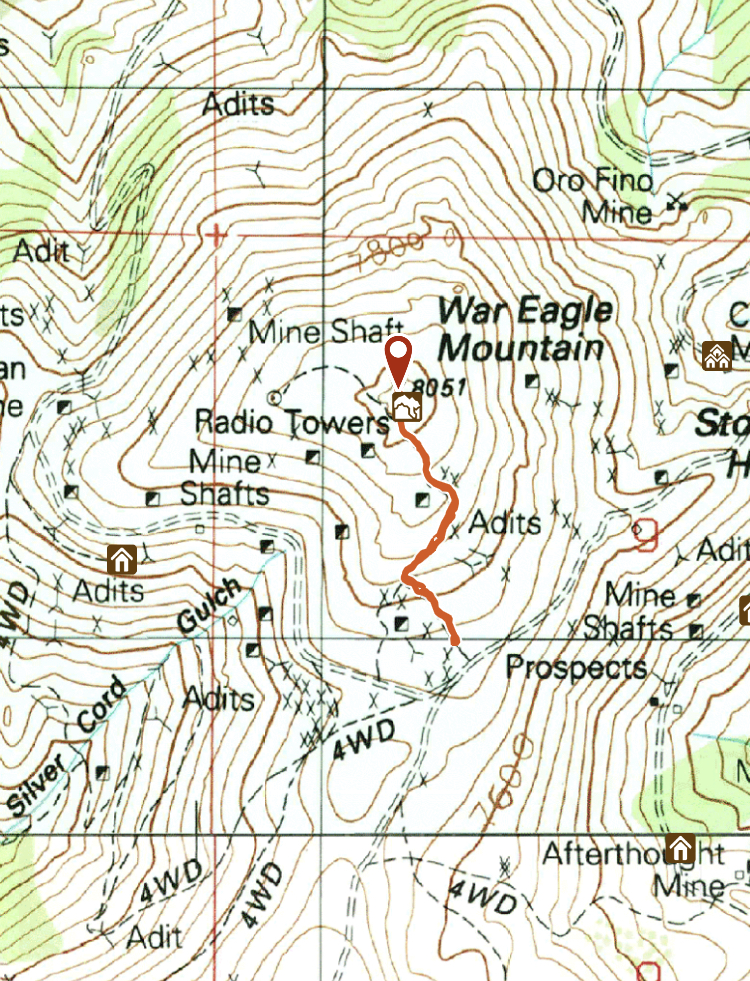