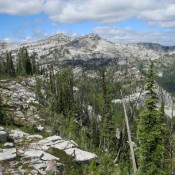 The Bitterroot Mountains are covered in the book on Pages 82-94. Please check those pages for additional information.

The Bitterroot Mountains are a group of mountains primarily created by mapmakers and not by fault-blocking or granitic intrusions. The mapmakers’ creation combines parts of the Coeur d’Alene and Clearwater Mountains to form a long narrow grouping stretching south from Lake Pend Oreille to Lost Trail Pass north of Salmon, Idaho. Much of the range forms the Idaho/Montana border. Nevin M. Fenneman, in his book The Physiography of The Western United Stares, described the southern Bitterroot Mountains as follows: “These mountains, while not remarkable for great height, are among the most characteristically alpine of the United States. Everywhere the effects of glaciation are prominent.” As a range tied together only by a geographical location (as the border) rather than a consistent geological makeup, the Bitterroots offer a varied and exciting mountain environment for climbers.

Fenneman’s words are not an exaggeration. Nevertheless, this rugged range is, for the most part, overlooked by Idaho climbers who favor the higher ranges of eastern Idaho and the granite of the Sawtooth Range. This is their loss, as the Bitterroots offer a spectacular roster of challenging granite peaks spread across some of the wildest terrain in the Lower 48 states. I suspect that there are a dozen or more unclimbed peaks spread through the central Bitterroot Range. For example, the stretch of mountains between Lolo Pass and Nez Perce Pass has 54 peaks sitting directly on the range’s crest and only 7 of these peaks have official names. [Note: the Idaho County High Point, 9,439 feet, is part of the of the Bare Mountain massif. The actual summit of Bare Mountain sits just inside Montana.]

See these lists for peaks located on the main Bitterroot crest: 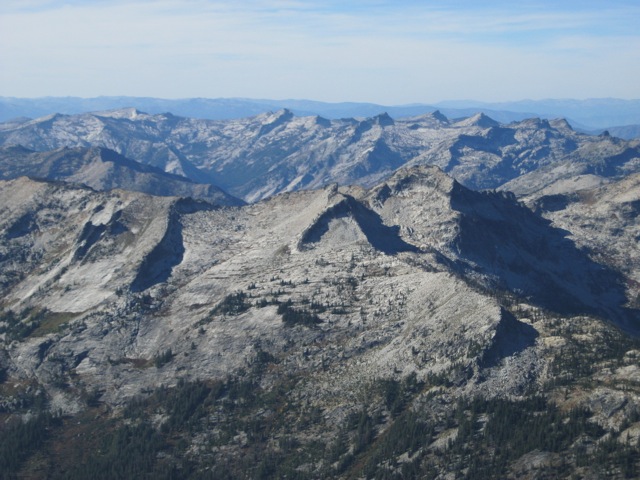 The Mount Paloma-Nipple Knob crest, the most remote ridge in the Bitterroots. Viewed from the Shard in Montana. Dan Saxton Photo 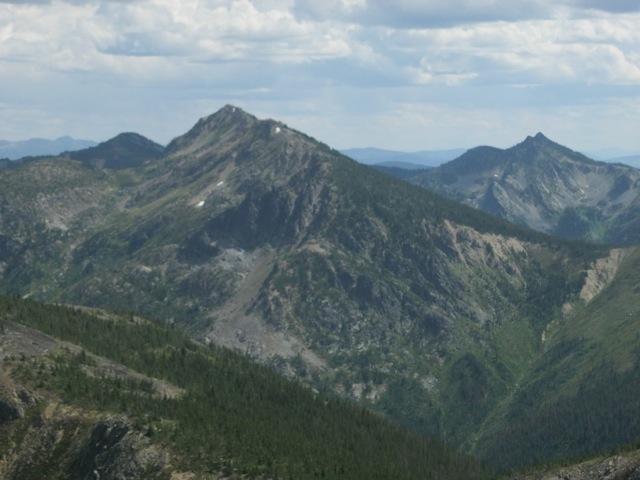 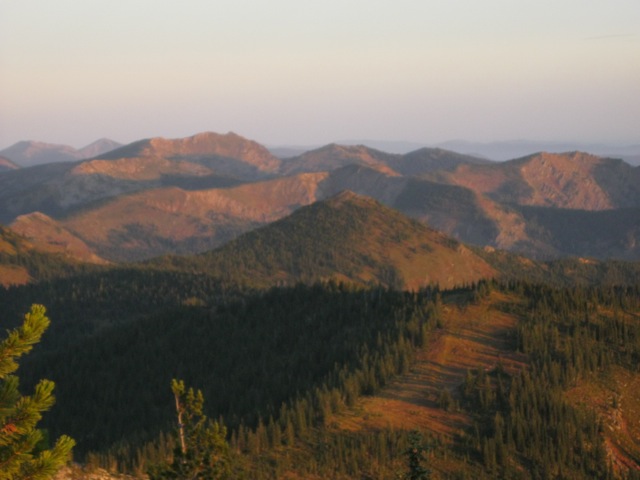 Eagle Cliff as viewed from Illinois Peak (Northern Bitterroots). Ward Peak and Eagle Peak are in the distance at left. Dan Saxton Photo 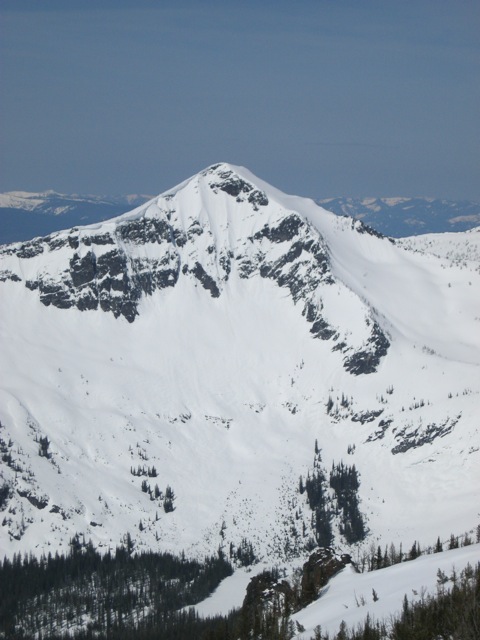 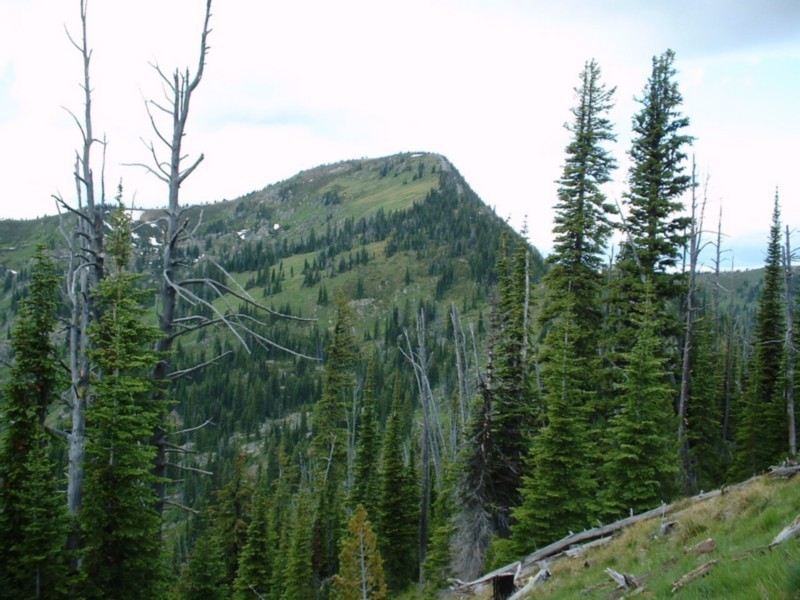