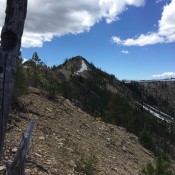 My failure to include Bull Trout Point in the book was a serious oversight. This peak is a big mountain with great access, located in the center of a seriously scenic landscape. Like nearby Copper Mountain, Bull Trout Point is a popular Winter ascent for backcountry skiers and snowshoers. It is a great Summer ascent via either its East or Southeast Ridges, both of which can be accessed from Bull Trout Lake Road that leaves ID-21 west of Stanley, Idaho. 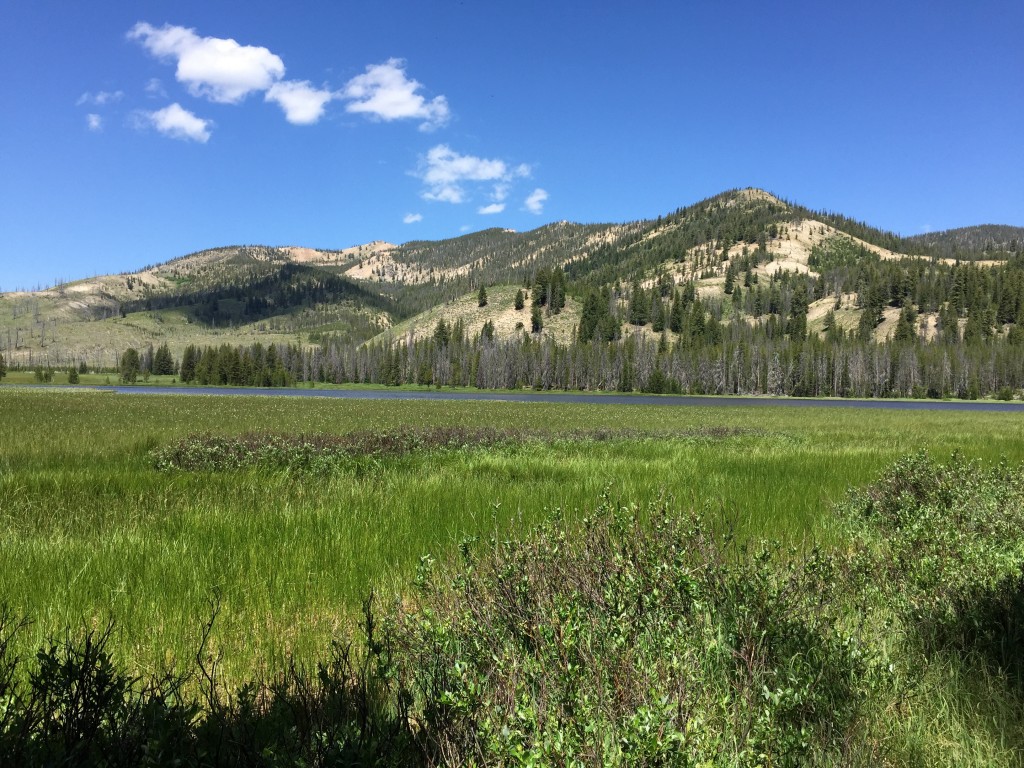 You can access both the East and Southeast Ridges from the well-graded Bull Trout Lake Road. Both ridges are guarded by a large, shallow lake which is gradually turning to meadow. So pick your route to avoid the wet ground. This photo shows the peak from the East Side of the lake. We traversed around the lake on its North Side. If you start from the vicinity of Bull Trout Lake, you will pass this lake on its West Side. 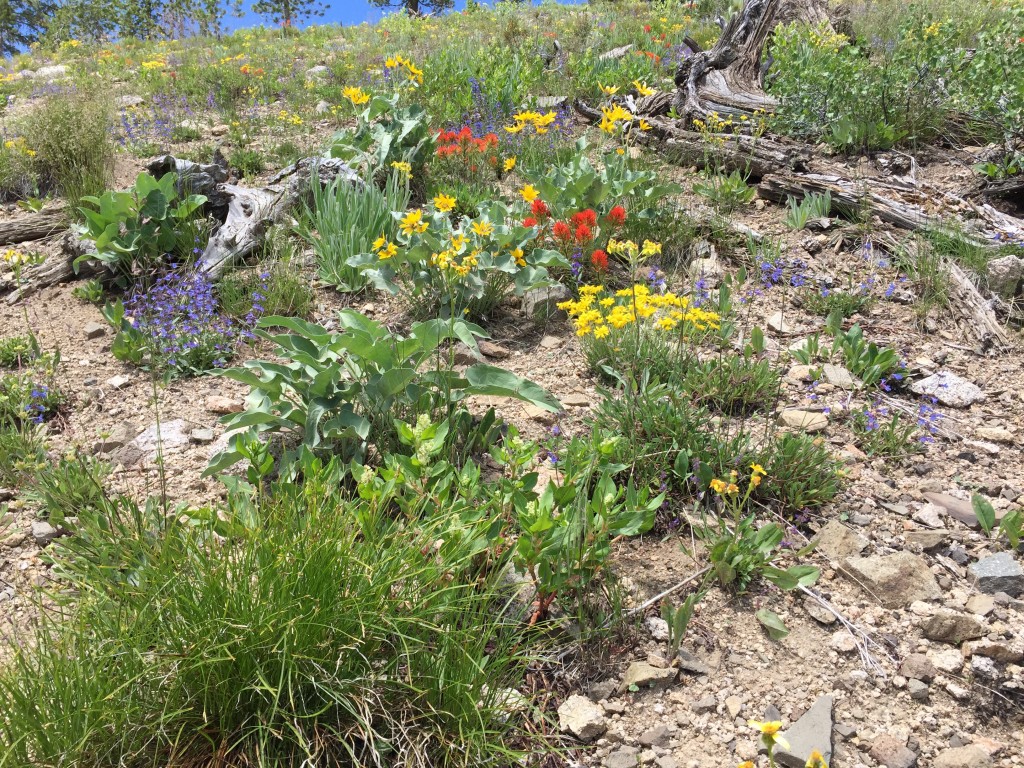 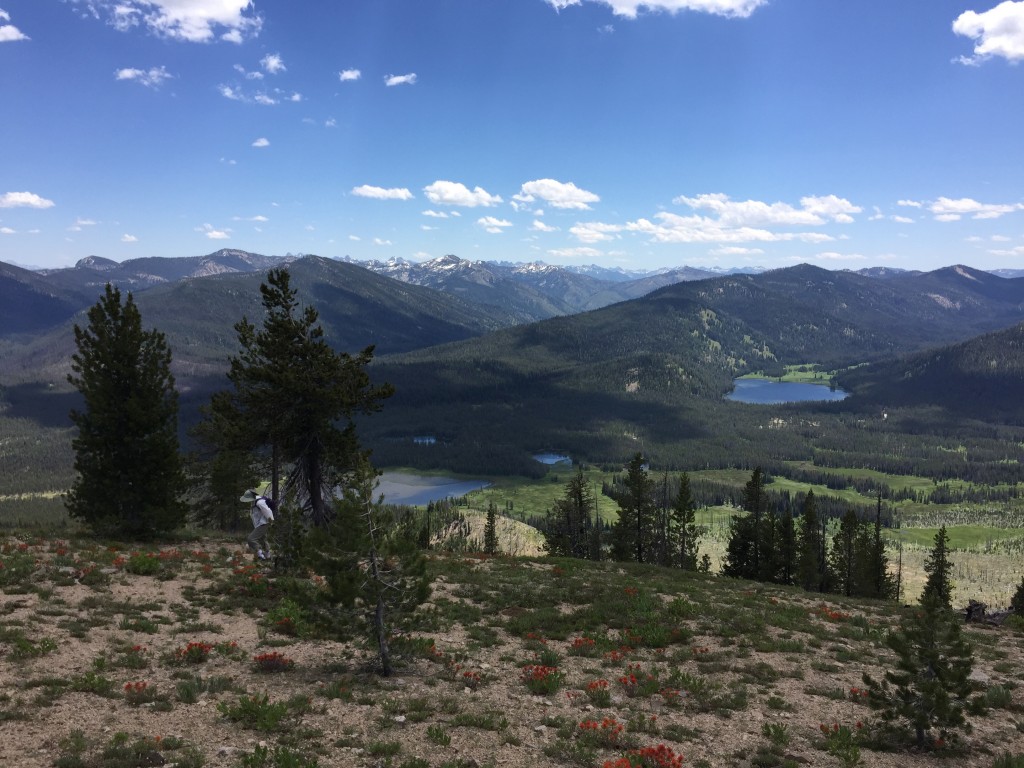 Looking down the East Ridge from roughly 7,800 feet. Bull Trout Lake is on the right. The lake turning into a meadow is in the center. 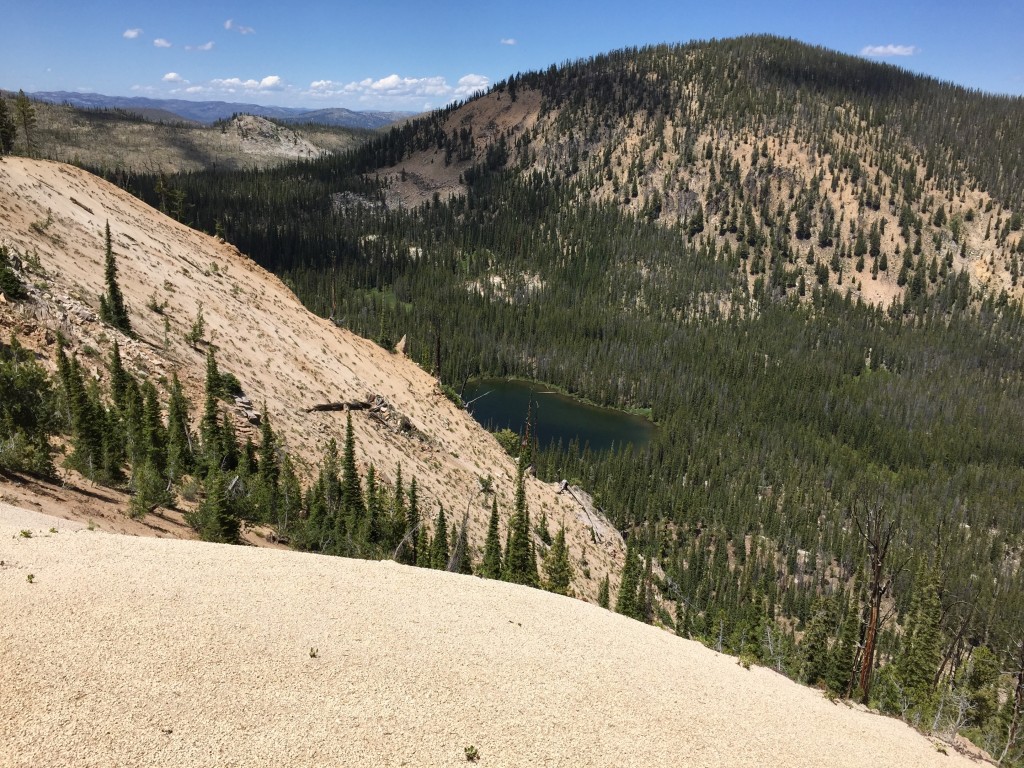 At about 8,000 feet, the East Ridge narrows. This photo shows an unnamed lake nestled into the ridge’s North Side. 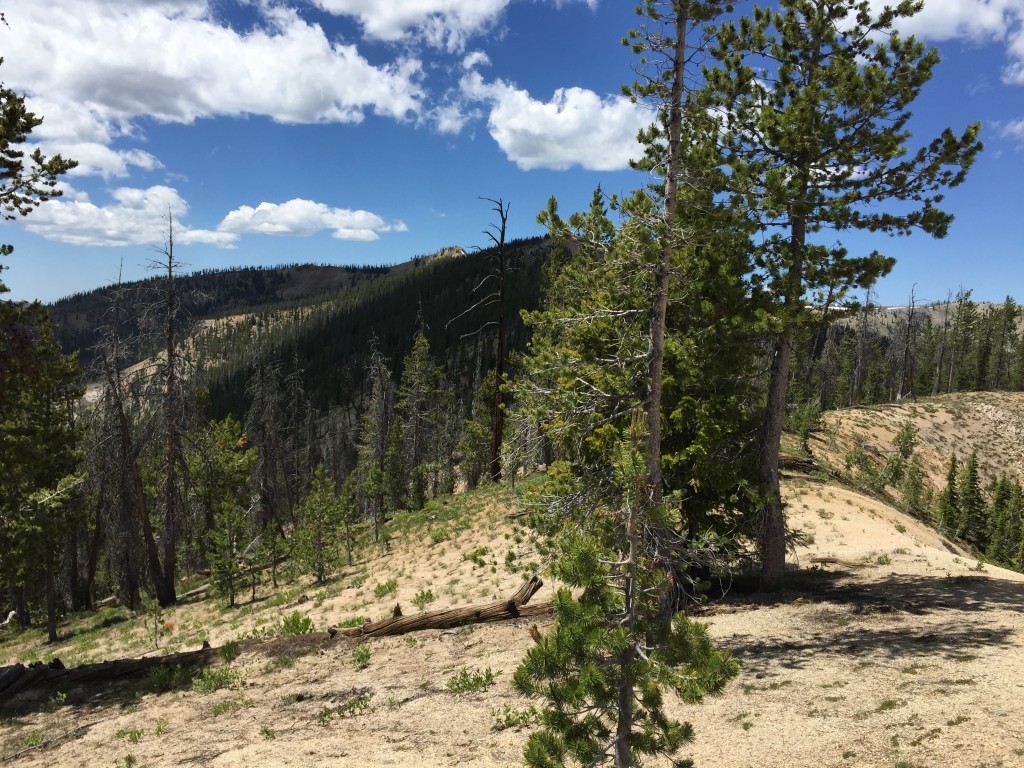 As the ridge narrows, you discover it’s still a long way to the summit. Fortunately, there is only minimal up and down along the way and the obstacles you encounter are easily bypassed on the ridge’s South Slopes. 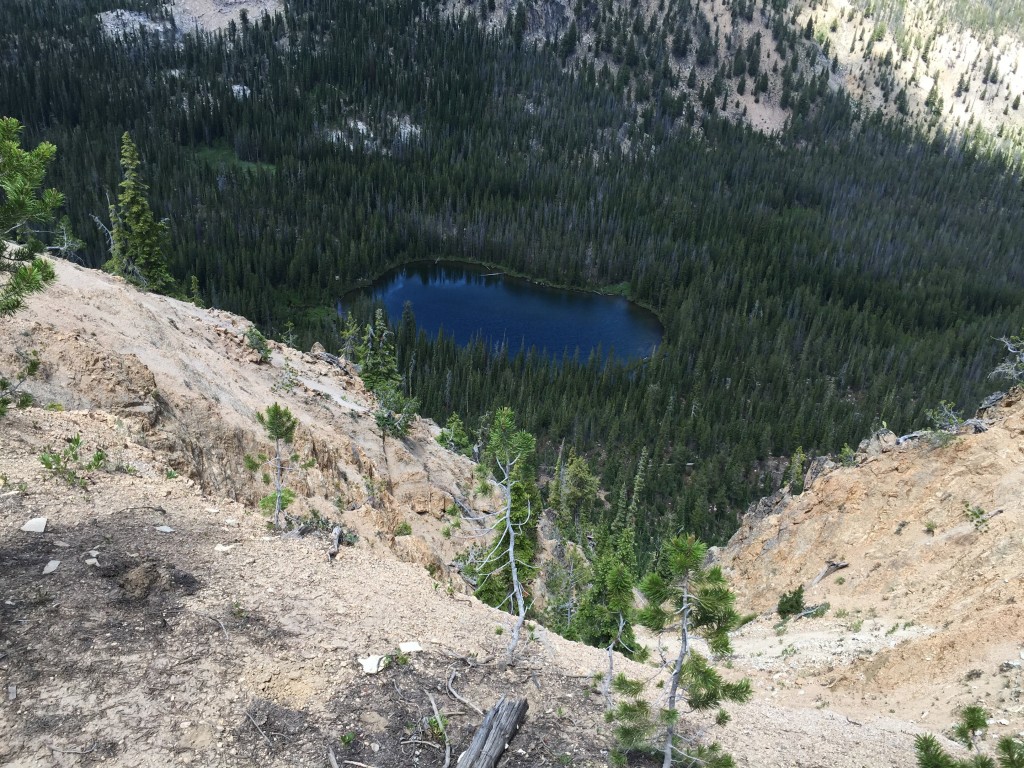 This is the second unnamed lake nested along the North Side of the East Ridge. 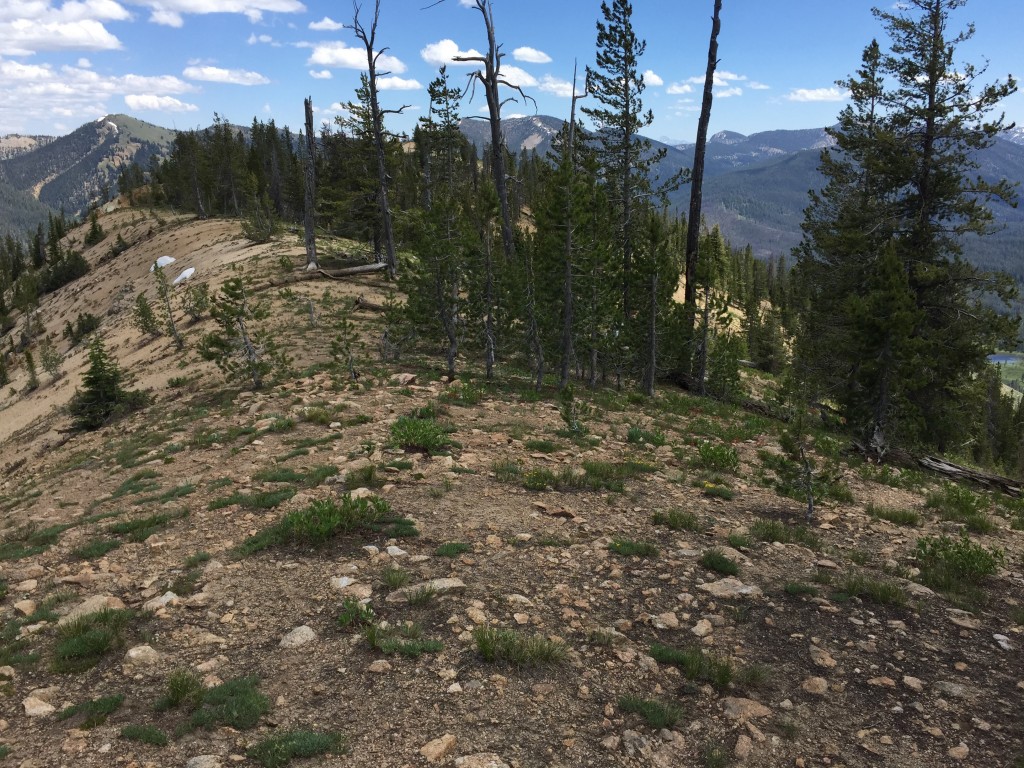 The top of the East Ridge is quintessential Central and Eastern Salmon River Mountain terrain which offers views and good walking. 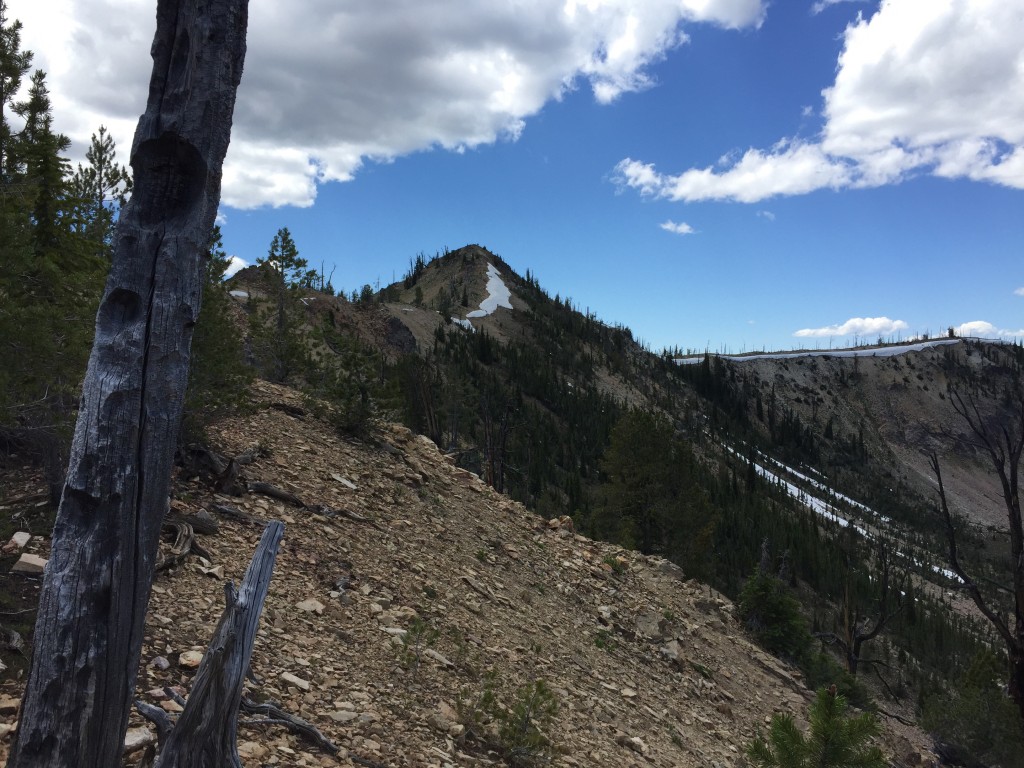 The summit comes into view after you cross a point designated as Mains Ridge. It’s roughly 0.25 miles away at this point. 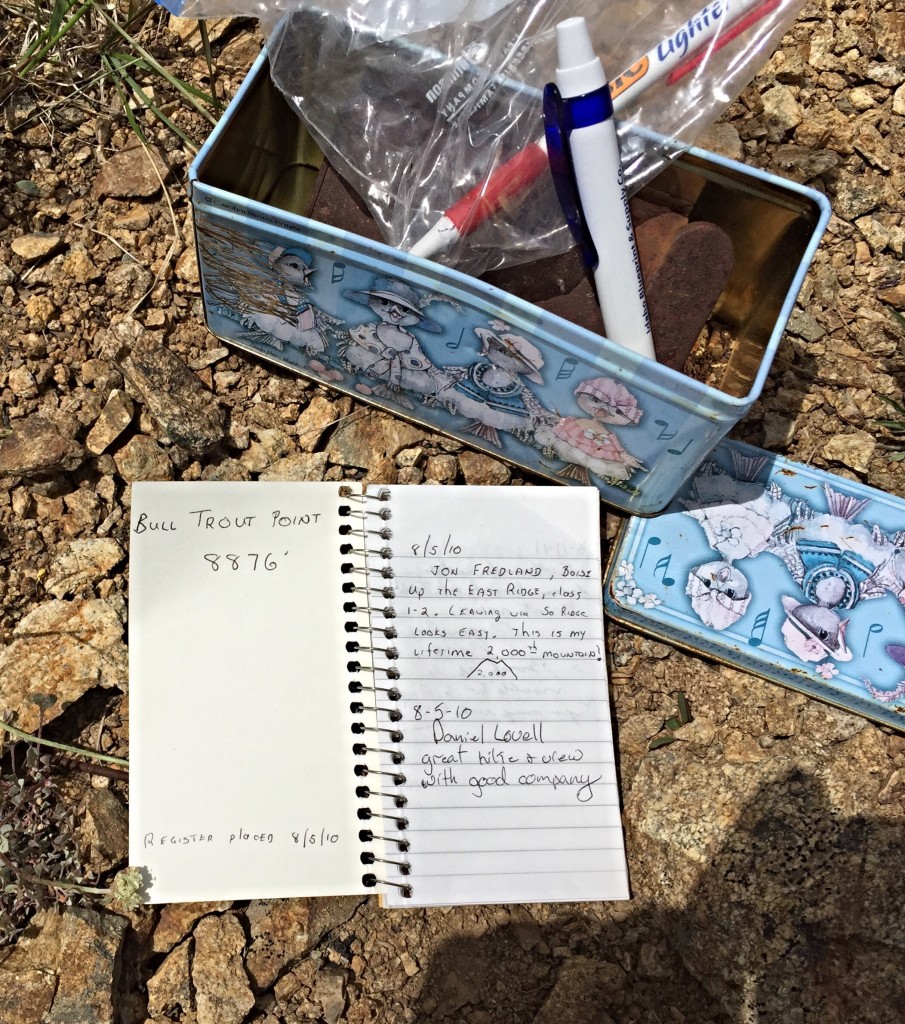 The summit register left by Jon Fredland in 2010. Bull Trout Point was his 2,000th summit. Congratulations to Jon.

See the the trip reports linked below for details on Winter ascents.