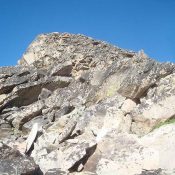 Climbing and access information for this peak is on Pages 188-189 of the book.

Cirque Lake Peak is one of four peaks with prominence found on the Verita Ridge. It resides between Warbonnet Peak and Monte Verita. Climb the peak from Bead Lakes. Two routes are listed in the book. Reportedly, there are a number of lines up the peak’s West Side. The best route description available is derived from Dave Pahlas’ climb. The East Ridge is rated Class 5.1. I suspect that rating is a bit low. USGS Warbonnet Peak

From the vicinity of Bead Lake, it is steep 1,500-foot climb to the summit, covering roughly 0.8 miles. Climb toward the Warbonnet/Cirque Lake saddle. From the saddle, climb east across the slabs at the base of the peak. These slabs are low Class 4. As you gain altitude, scramble across and up the blocks that form the summit block. Dave Pahlas reports that “I read through the register, which had averaged one entry each year since Greg Parker placed it in 2001. Several of the entries mentioned climbing this peak in order to scout out Warbonnet.”

Use the link below to read about Dave Pahlas’ climb. 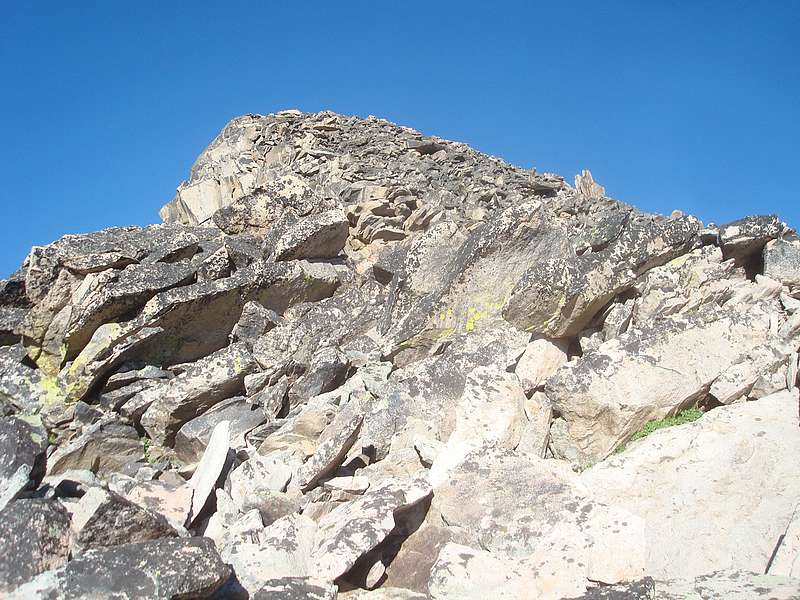