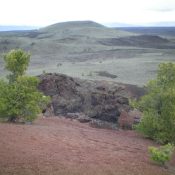 Crescent Butte is the only ranked summit in the south end of the developed part of the Craters of the Moon National Monument. The Wilderness Trail passes the west side of Crescent Butte. Crescent Butte has an impressive crater and requires a bit of a crater rim scramble to reach its high point at the northeast end of the crater rim. USGS Inferno Cone 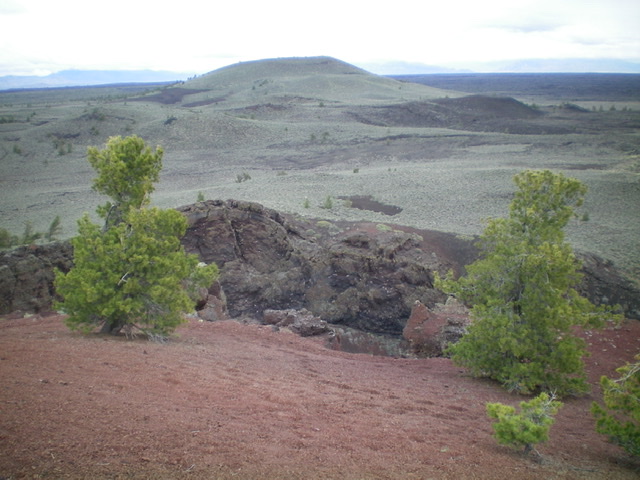 Crescent Butte as viewed from Echo Crater to its south-southwest. Livingston Douglas Photo

From the saddle on the east side of Coyote Butte, follow the Wilderness Trail northwest (briefly) then leave the trail and bushwhack right/northeast to reach the base of the southwest face of Crescent Butte. Aim at a gravelly basin and tilted slope to reach the final sagebrush-laden face. Bash your way northeast to reach the narrow, rocky crater rim. Scramble east then north along the crater rim (a mix of gravel, scrub, and talus) to reach the well-cairned, true summit on the rim’s northeast side.

Please note that LOJ is incorrect in its placement of the high point of Crescent Butte. The actual summit is about 0.2 miles north of that assessment on the east crater rim. Based on my altimeter measurements, the true summit measures 5 to 10 feet higher than the hump on the south side of the crater rim which LOJ deems to be the high point. I stood on both points TWICE just to be sure of this. 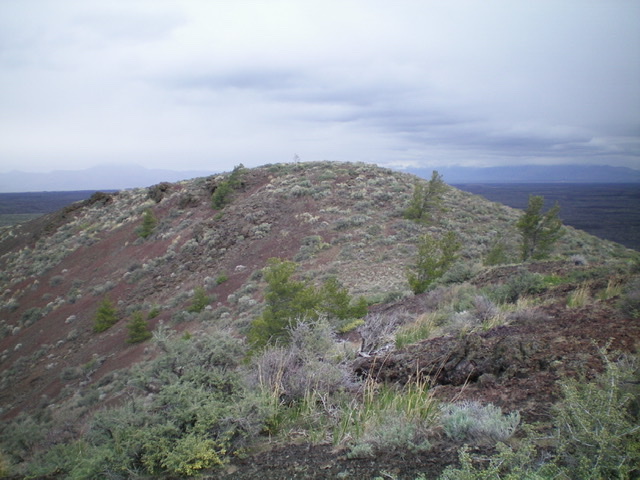 The summit hump on the northeast crater rim of Crescent Butte. This is the true summit and is cairned. Livingston Douglas Photo 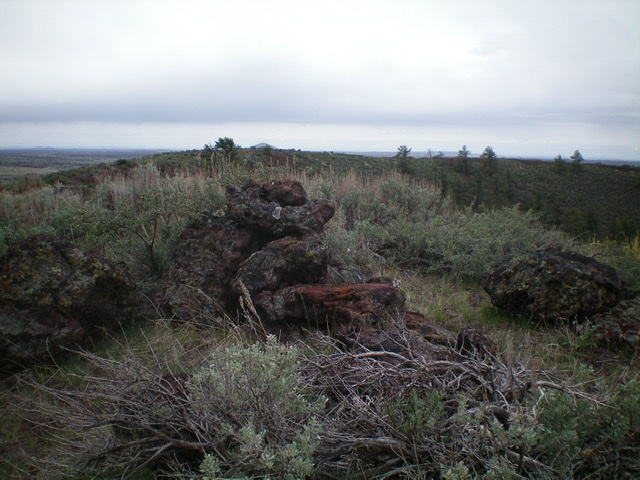 The summit cairn atop the high point of Crescent Butte. Livingston Douglas Photo

From the summit, return back to the large, gravelly basin and find a weak 2-track that heads northwest to return you to the Wilderness Trail. The 2-track is shown on the USGS topo map but is only a footpath now. Follow the Wilderness Trail northwest to its junction with the [signed] Broken Top Loop Trail. Go left/west on the Broken Top Loop Trail and return to the trailhead parking lot.