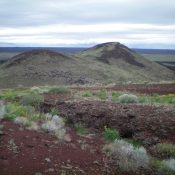 The Watchman is located at the south end of the developed part of the Craters of the Moon National Monument. It is a double-humped summit that is positioned across from, and northeast of, The Sentinel. It is a much more impressive summit than The Sentinel and is almost 50 vertical feet higher. Its northeast summit is the high point. USGS The Watchman 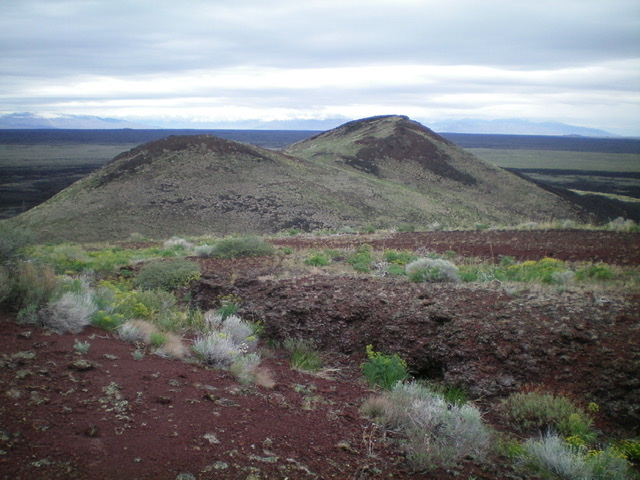 The Watchman as viewed from the southwest. The summit is the right hump. Livingston Douglas Photo

From the 5,590-foot connecting saddle with The Sentinel, bash your way north up through somewhat thick sagebrush to reach a point just east of the [lower] southwest summit then descend 30 vertical feet to a minor saddle. Scramble east-northeast then north on mostly loose lava scree to reach the true/northeast summit of The Watchman. The summit has no summit cairn. Return back to the connecting saddle with The Sentinel. This concludes the second leg of today’s 5-peak journey. Echo Crater is up next. 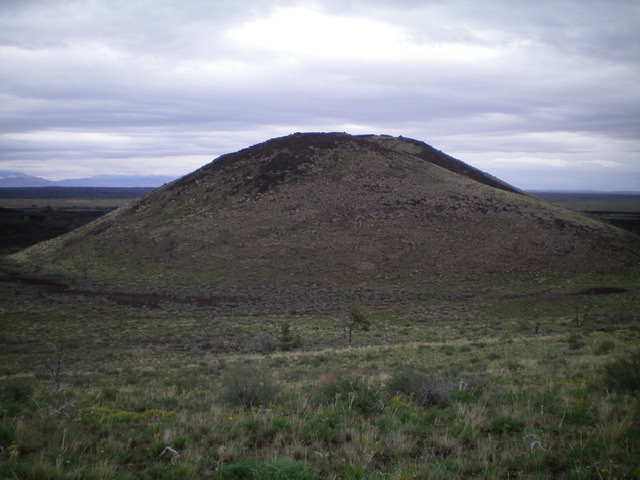 The summit hump of The Watchman as seen from the saddle between the two summit humps. Livingston Douglas Photo 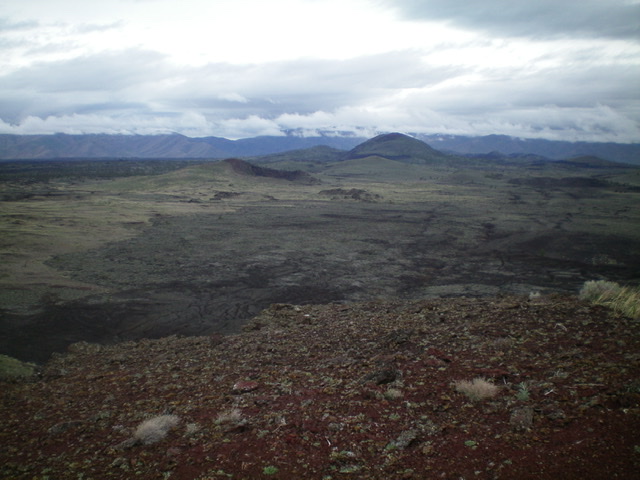 Looking northwest from the summit of The Watchman. Echo Crater is left of center and Crescent Butte is the highest hump (just right of center in the distance). Livingston Douglas Photo