The eastern slopes of the Lost River Range are buttressed by three ridges that parallel the main crest. From north to south, these three groupings are the Donkey Hills, the Red Hills, and the Hawley Mountains. The Donkey Hills are the largest of these three groups. The Donkey Hills trend from northwest to southeast and include seven ranked summits. There are nine ranked summits in this subrange. The high point is Donkey Benchmark at 9,555 feet. Only two of the many drainages found in this complex are named: Donkey Creek and Elkhorn Creek. Use this link to read about these peaks: Donkey Hills Peaks 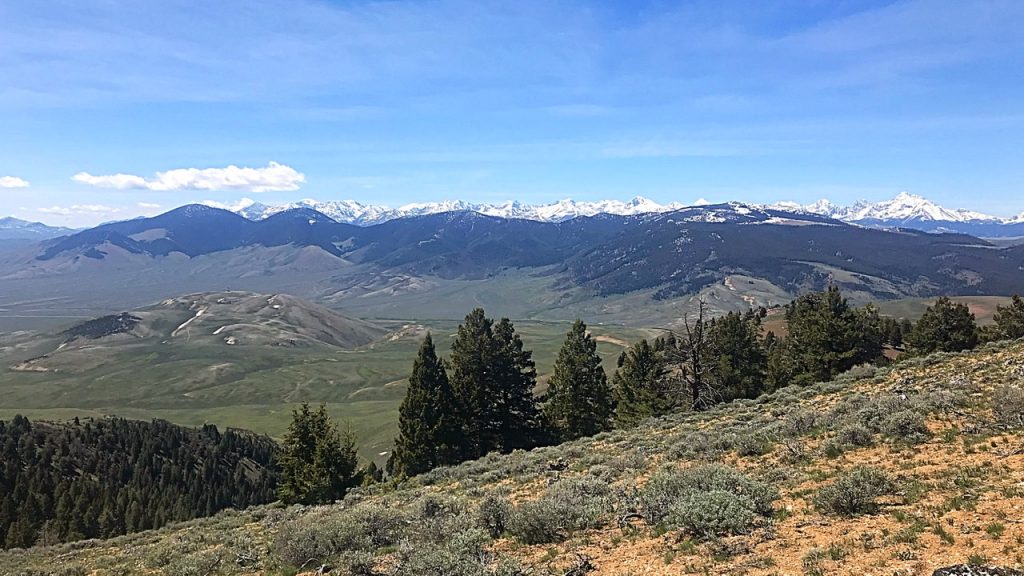 The Donkey Hills with the Lost River Range in the background as viewed from the Lemhi Range. Donkey Benchmark is the peak with snow on the right side of the photo. 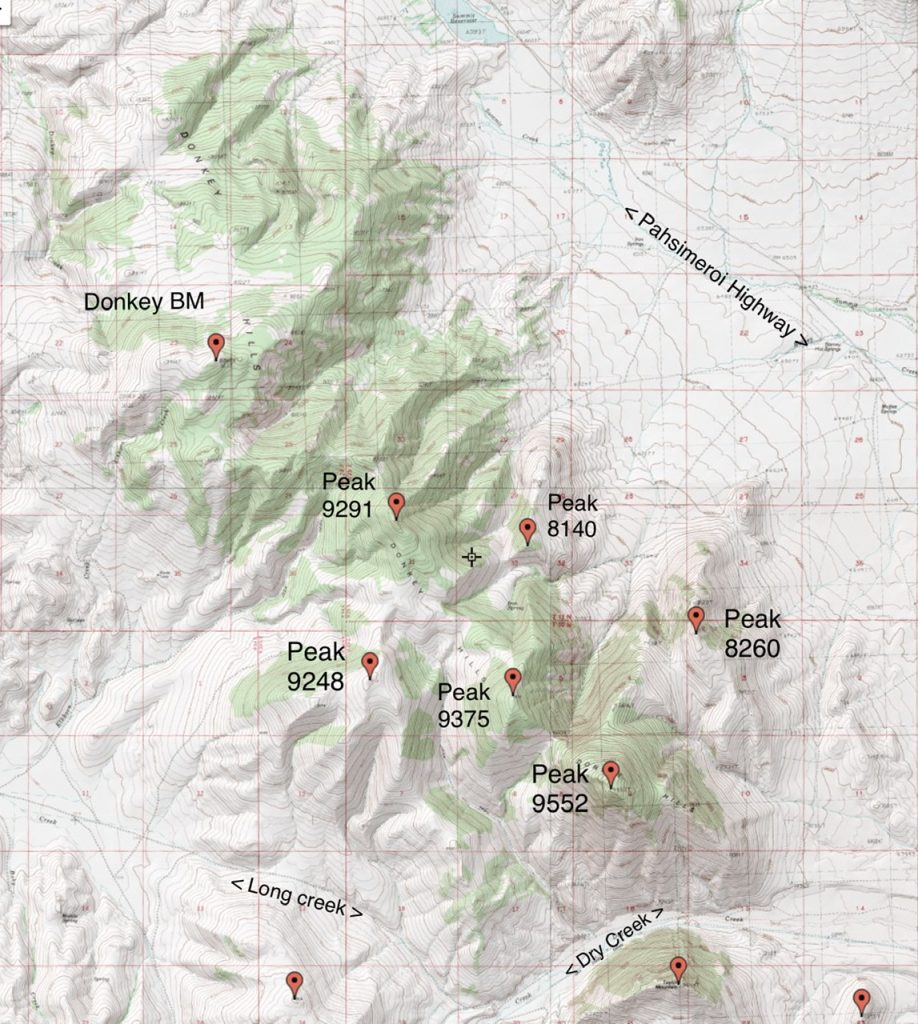 Primary access from the Pahsimeroi Highway [(A)(6.1) on Page 290] is from Dry Creek to the south. The Burnt Creek and Long Creek roads run along the west side of the Donkey Hills. 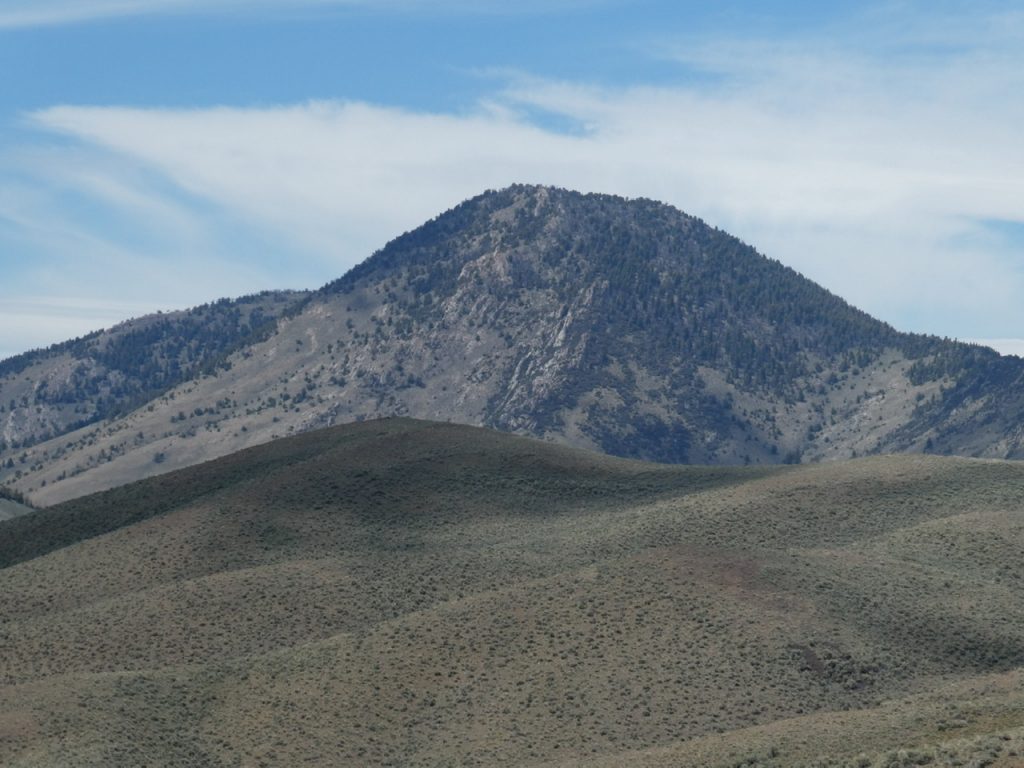 Peak 5952 anchors the southernmost end if the Donkey Hills. It is three feet shorter than Donkey Benchmark.

The Donkey Hills with the Lemhi Range in the background as viewed from the southwest.