The Red Hills are the middle group of three large ridges that buttress the Lost River Range’s eastern flank. The Donkey Hills are the northernmost group and the Hawley Mountains are the southern group. This northwest-to-southeast ridge is bounded by Dry Creek on its north and east sides, Wet Creek on its south side, and Corral Creek to the west. This ridge system has three ranked peaks. Taylor Mountain is located at the ridge’s north end. At 8,644 feet, it is the highest of the three ranked peaks. Red Hill is located at the south end. Use this link to read about the subrange’s three ranked peaks: Red Hills Peaks 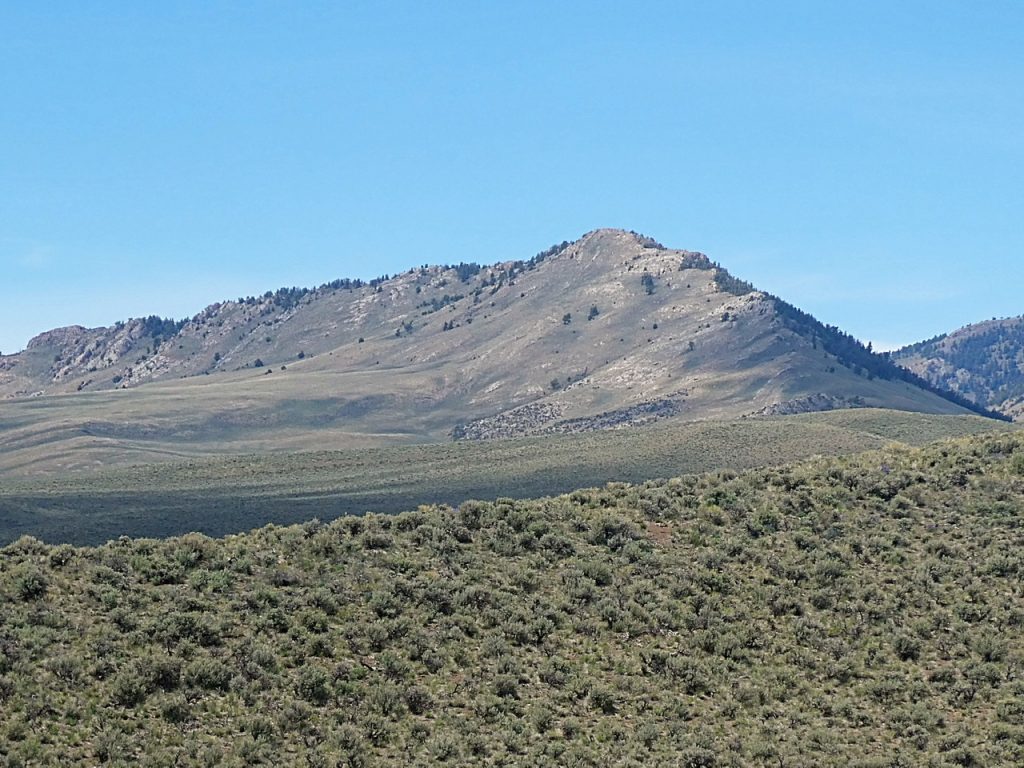 Taylor Mountain as viewed from Red Hill. The southeast ridge is on the right. 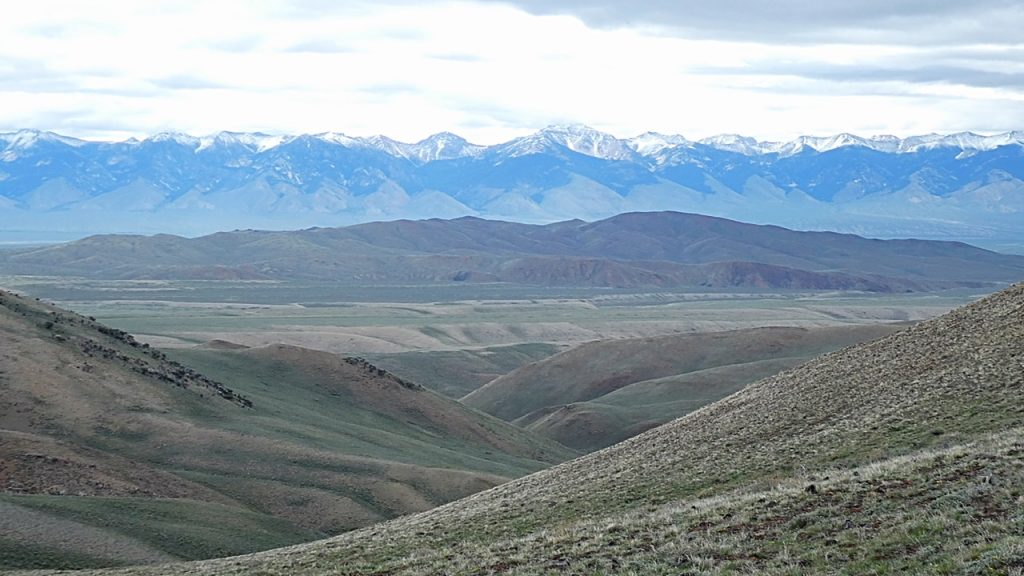 The middle and south end of the Red Hills as viewed from the west. The Lemhi Range is in the background. 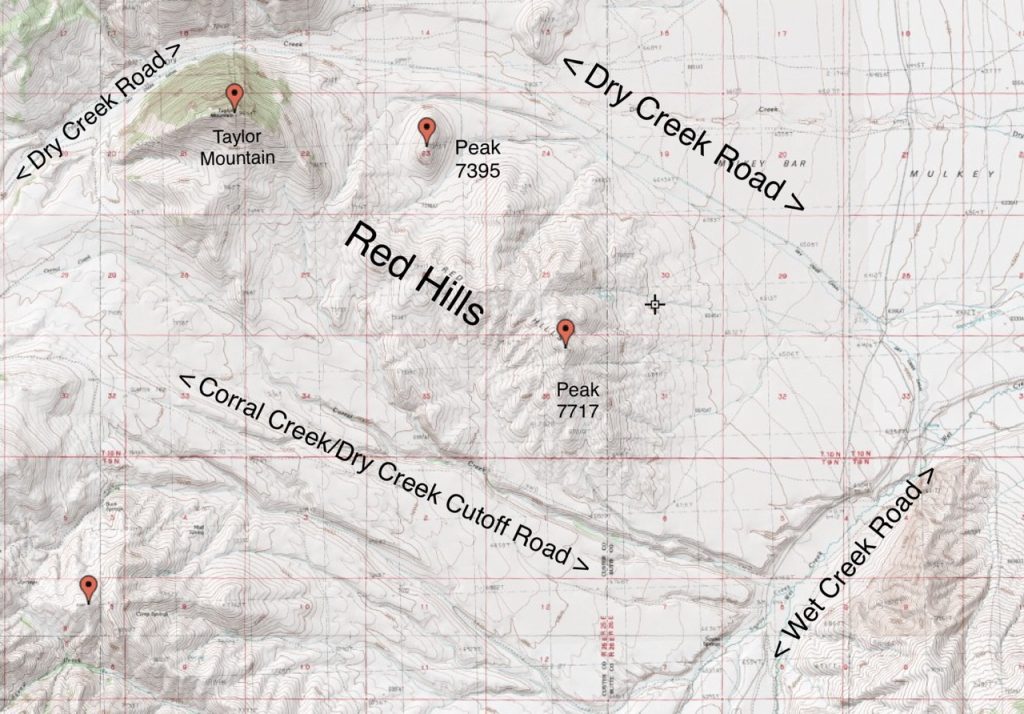