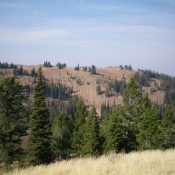 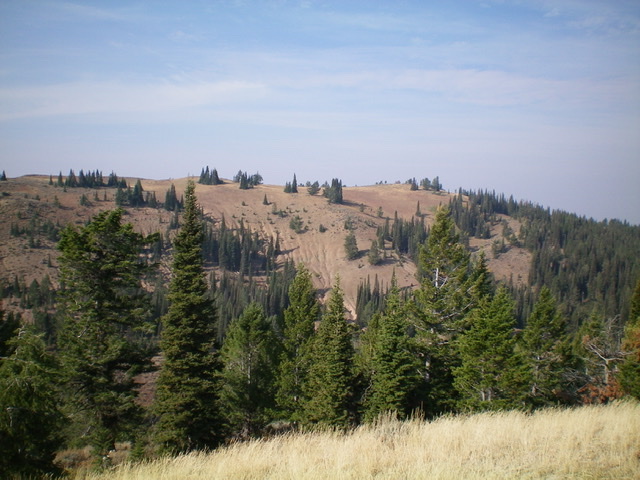 Fourth of July Ridge as viewed from the northeast. The high point is in dead center. Livingston Douglas Photo

From the 8,020-foot connecting saddle with Peak 8393, follow a fence row (that is mostly laying on the ground) southwest up into the forest on a shoulder that is on the right/northwest side of an obvious gully. Higher up, the forest gives way to open terrain. Scramble southwest up easy grass/scrub to reach the [lower] northwest summit at the head of the shoulder. This point (8360+) has corner fence posts and a decent cairn hidden under veg/brush at the fence posts.

Follow the ridge southeast for about 0.2 miles to reach the measured summit (8,378 feet). This summit (the southwest/true summit) is a simple ridgeline summit with sharp talus protruding from the ground. There is nothing atop this summit. My altimeter measured the northwest summit and southeast summit to be of equal height. Based on visuals and walking it, I believe that the northwest summit (with the hidden cairn) is probably the true high point of Fourth of July Ridge. Stand atop both points just to be sure. 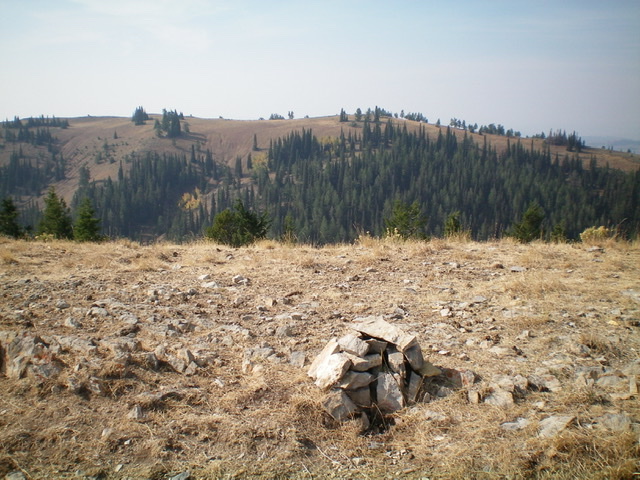 Fourth of July Ridge and its northeast shoulder (just right of the prominent gully). The northwest summit is the right bump. The southeast/true summit is the left bump. Livingston Douglas Photo 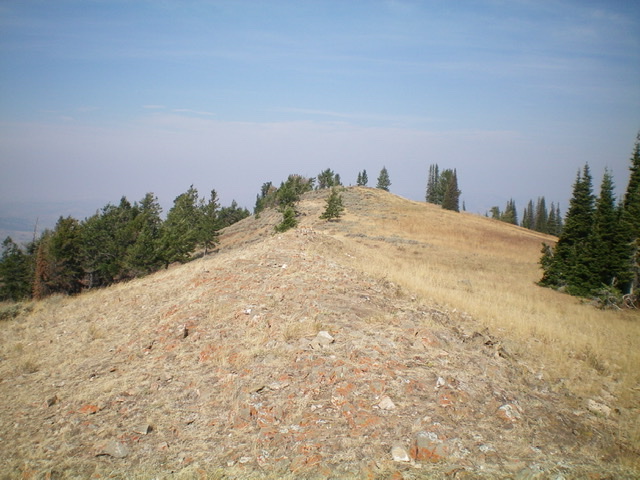 The official [measured] high point of Fourth of July Ridge, looking northwest at Point 8360+. Is this really the high point or is it Point 8360+? Livingston Douglas Photo 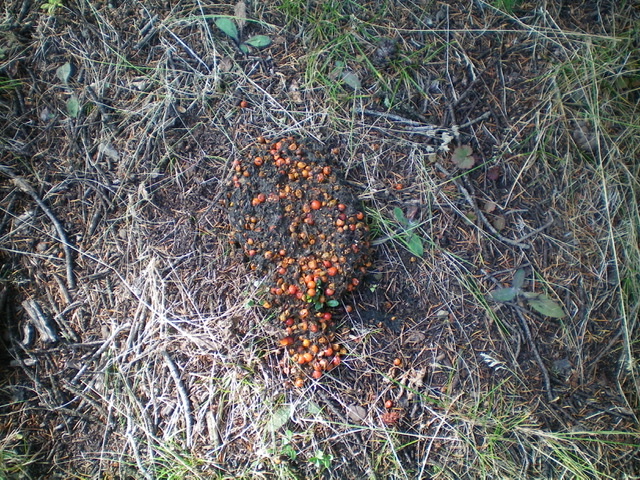 Ruh roh. A large (8″ long) pile of fresh, berry-laden bear poo in the forest near the fence row on the northeast shoulder of Fourth of July Ridge. Livingston Douglas Photo 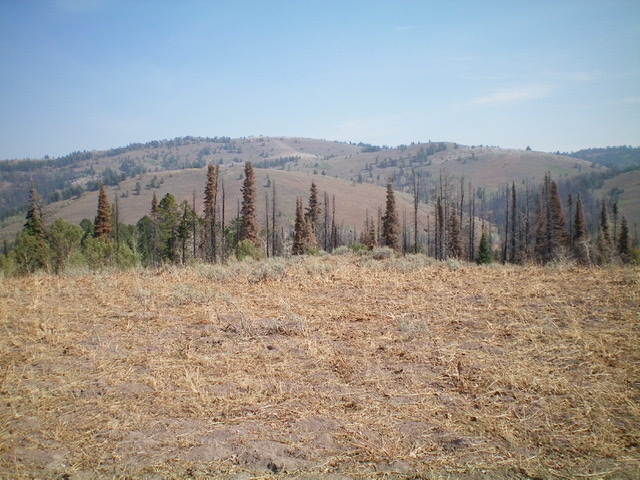 The LONG Fourth of July Ridge (skyline, left of center in distance) as viewed from Commissary Ridge to its southwest. Livingston Douglas Photo

From the summit, descend south-southwest down easy, open scrub/brush to reach a thick patch of aspens with charred pine snags mixed in. Bash briefly through this mess in a south-southwest direction to reach FST-260 (an ATV trail). Aim for a hidden saddle that connects to Point 8058, which is clearly visible from high up on the southwest face. Follow FST-260 back to FSR-017 and then descend FSR-017 back to your parked vehicle.