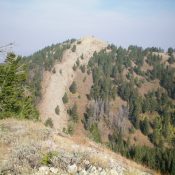 Peak 8393 is one of several peaks that are near, or on, the Fourth of July Ridge deep in the Caribou Range due west of the north end of Palisades Reservoir. This climb is the third of a foursome that includes Peak 8340, Peak 8300, Peak 8393, and Fourth of July Ridge (8,378 feet). Peak 8393 is a striking hump that sits above Chaparral Hollow. It is most easily climbed from FST-260 at Chaparral Hollow. USGS Commissary Ridge 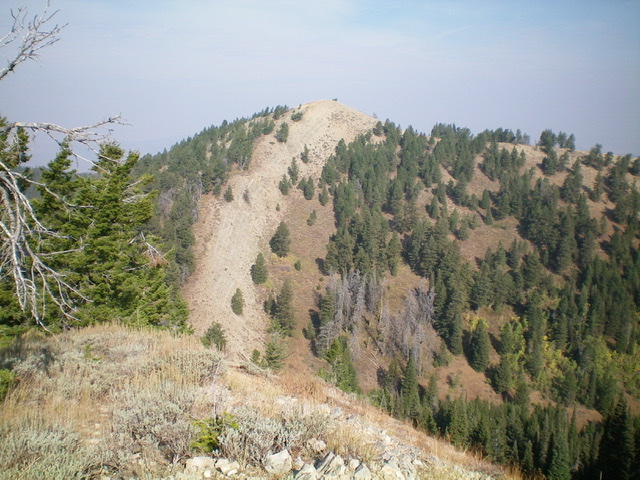 From the point where FST-260 skirts the 8,020-foot saddle at the base of Peak 8300, follow FST-260 briefly north into Chaparral Hollow. Leave the trail and cross the dry gully in Chaparral Hollow. Scramble steeply north up the forested hillside. Angle right/east to reach the south ridge since it is more open and less brushy than the nearby forest. Climb the south ridge on scree and short scrub to reach the summit. Enjoy the exposure on the right side of the south ridge without getting too close to it on your way up the ridge. The summit of Peak 8393 is gentle and has a small cairn. 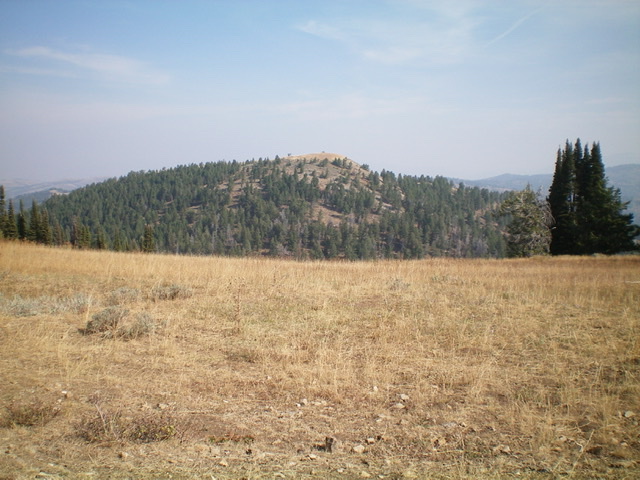 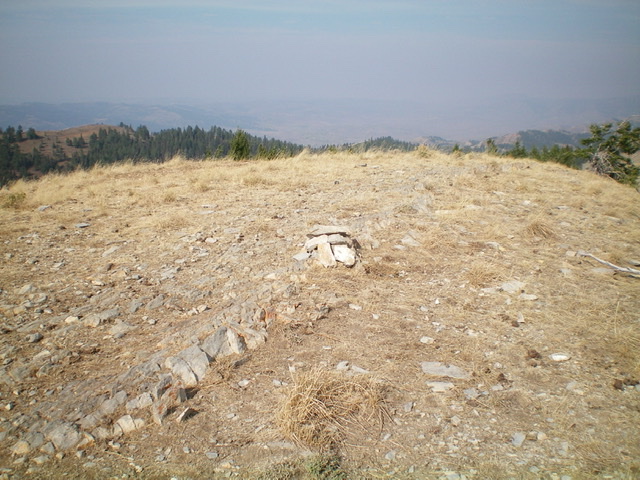 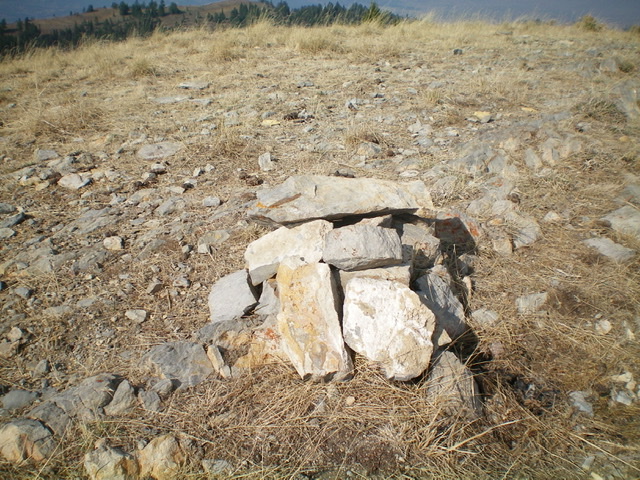