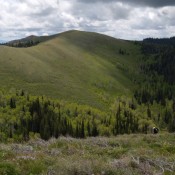 This group of mountains is briefly covered in the book on Page 347. Old maps identified these mountains as both the Goose Creek Mountains and the Cassia Mountains. These two names have disappeared from use and this area is now simply known as the South Hills. Recognizing both local usage and the absence of the old names from newer maps, the older names are hereby abandoned.

Livingston Douglas has extensively explored this range and has contributed access and route descriptions for the vast majority of the range’s peaks found on this website. If you are looking for a really remote four-peak traverse, check out his Trout Creek Pass )Grand Slam.

The name South Hills is somewhat misleading because this uplift is undoubtedly a group of mountains. These mountains stretch roughly 25 miles from north to south and 20 miles east to west, forming a group of complicated ridges and peaks. Monument Peak is the highest summit and reaches 8,050 feet. One of the most prominent features of the Goose Creek Mountains is a long north/south ridge line known as Deadline Ridge, which runs from Grand View Peak south into Nevada. The range has a sedimentary foundation covered by thick deposits of rhyolite. In addition to Monument Peak, the range has many other named and unnamed summits. Use this link to read about all of the South Hills Peaks included on this website: South Hills Peaks 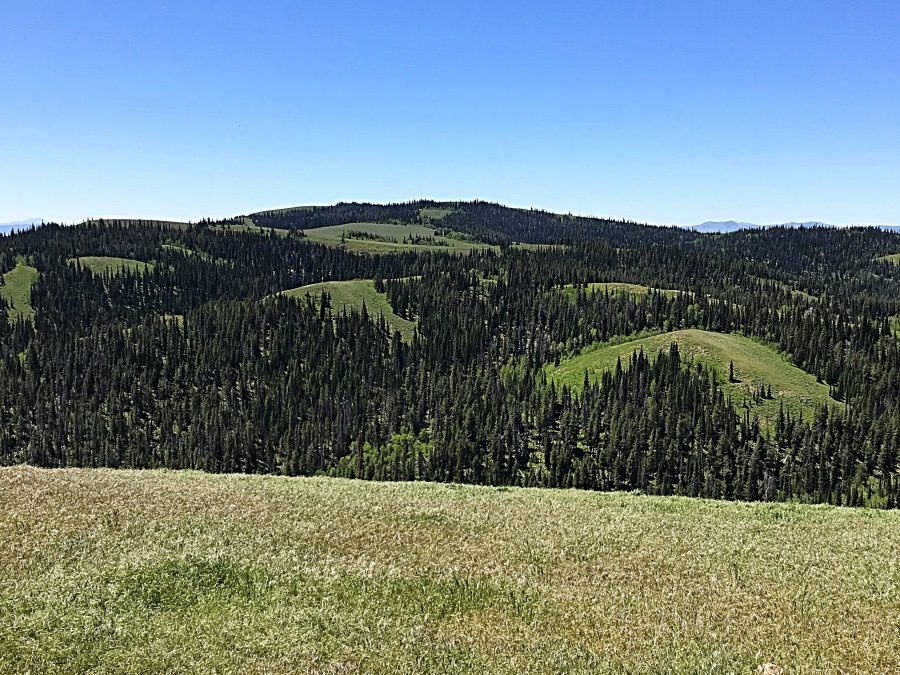 The range has many deep canyons with Rock Creek Canyon the most outstanding example. There are extensive stands of fir forests and aspen groves interspersed with meadows and flower-covered ridges throughout the range.

Ralph Maughan comments that “It is a broad uplift from 15 to 30 miles wide. It is not typical of Great Basin mountains. While not impressive on the skyline, once you are in these “hills” they seem to go on forever with numerous poor roads leading to all kinds of obscure places. The generally basaltic composition of the rock indicates that this is a transition zone between the Great Basin and the Columbia River Plateau to the west. I think of them as the westernmost of the Idaho ‘s Great Basin mountains.” 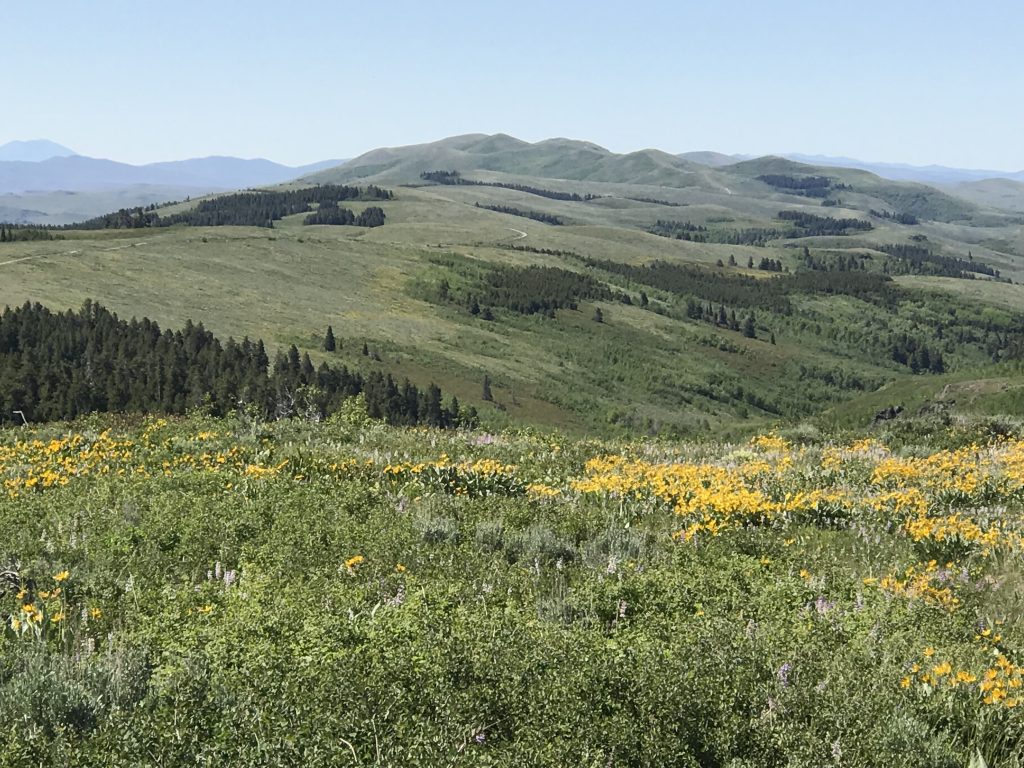 The South Hills are characterized by sweeping vistas.

Intrepid peakbagger and explorer Livingston Douglas commented on the difficulty of traversing these mountains after climbing Wooden Shoe Butte:

“This was the TOUGHEST climb I did in the South Hills. It completely changed my opinion of how easy/difficult the South Hills would be. The patches of forest (and/or willows/brush) in the South Hills can be IMPENETRABLE and are a dangerous situation. No kidding. I opted for the easiest routes I could muster up from here on out. That’s how much this climb affected me. You can’t just do ridge traverses here and expect to be able to complete them. You can get absolutely shut down by the thick terrain, even in seemingly short patches if you can’t go around the obstructive terrain.” 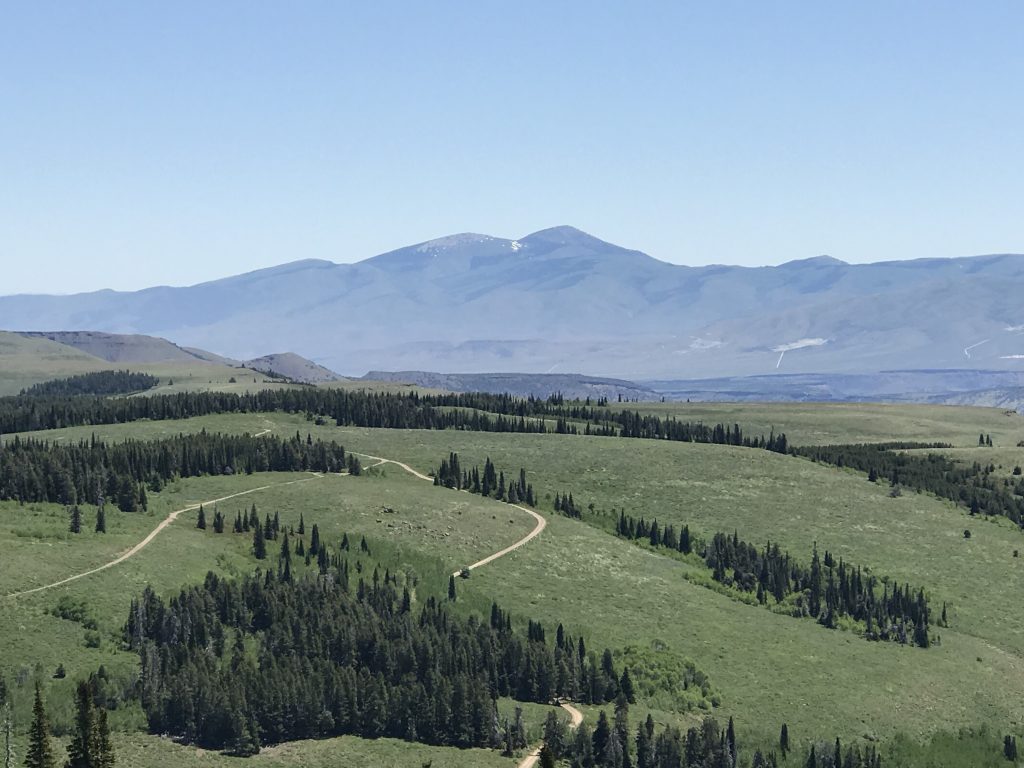 The views from the South Hills are massive in every direction. Mount Independence and Cache Peak as viewed from Trapper Mountain.

These mountains have an extensive road system maintained by the Forest Service. Primary access is from the north via the paved Rock Creek Road which leads to the Magic Mountain Ski Area. Beyond the ski area, improved roads lead to Deadline Ridge as well as to Oakley, Idaho. In addition to the improved roads many other dirt roads lead to, or near, many of the area peaks. Improved FS-507 leads to the summit of Pike Mountain. Finally, this range sees a lot of use by ATVs and dirt bikes and there are many trails catering to these visitors.

The unimproved roads and ATV trails are a good substitute for hiking trails and can be used for long ridge walks as well as for accessing peaks. Visitation in early summer is high along the main corridor past the ski area, but this is big country and you can find solitude if you look for it. 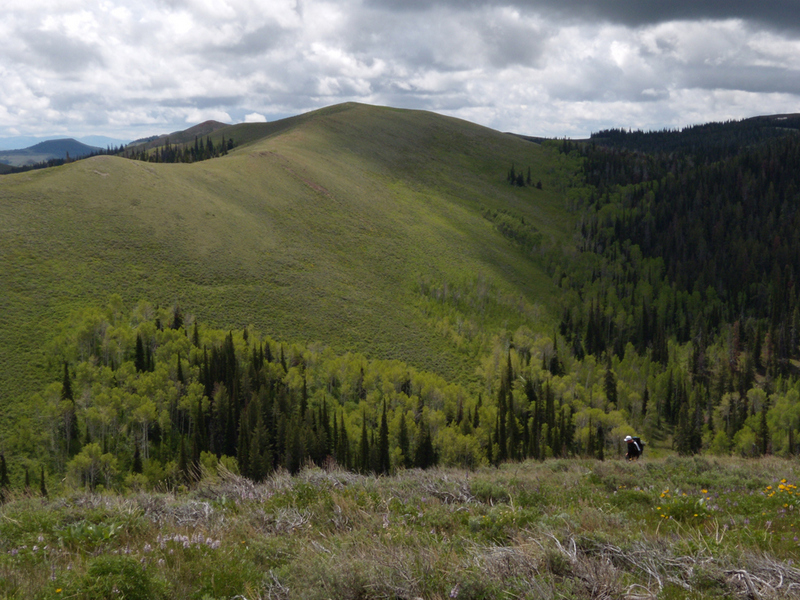 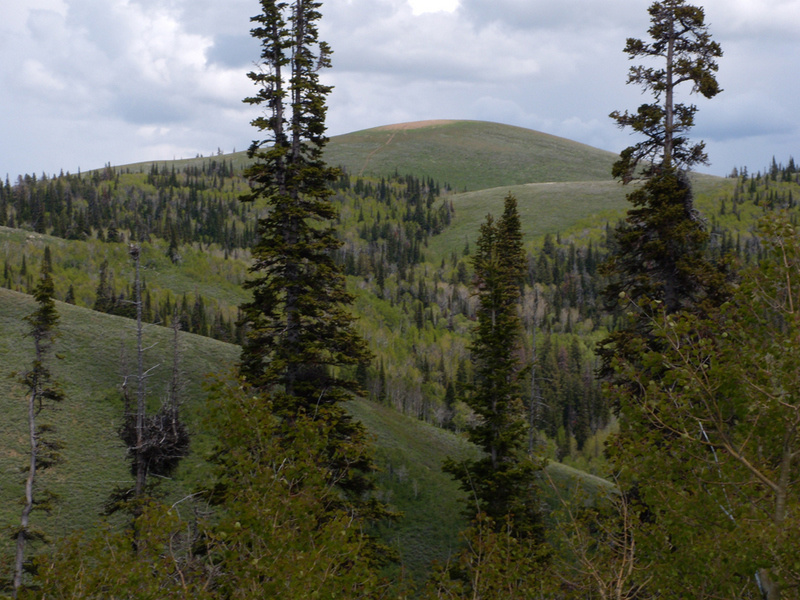 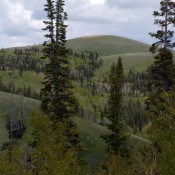