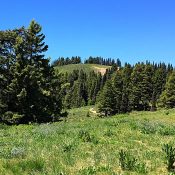 Jackson Peak is located in the northern Boise Mountains E of Grimes Creek, NE of New Centerville, and NNW of both Pilot Peak and Peak 7905 in the Boise National Forest. The huge Grimes Creek Basin was at the center of the Boise Mountains mining rush. A large portion of the drainage was dredged and is now private property. The remains of several mining towns are found in the basin as well as current residences. Well-maintained gravel roads lead into the basin from Horseshoe Bend and Idaho City. Another not-so-good road follows Grimes Creek from ID-21 to the basin. USGS Grimes Pass 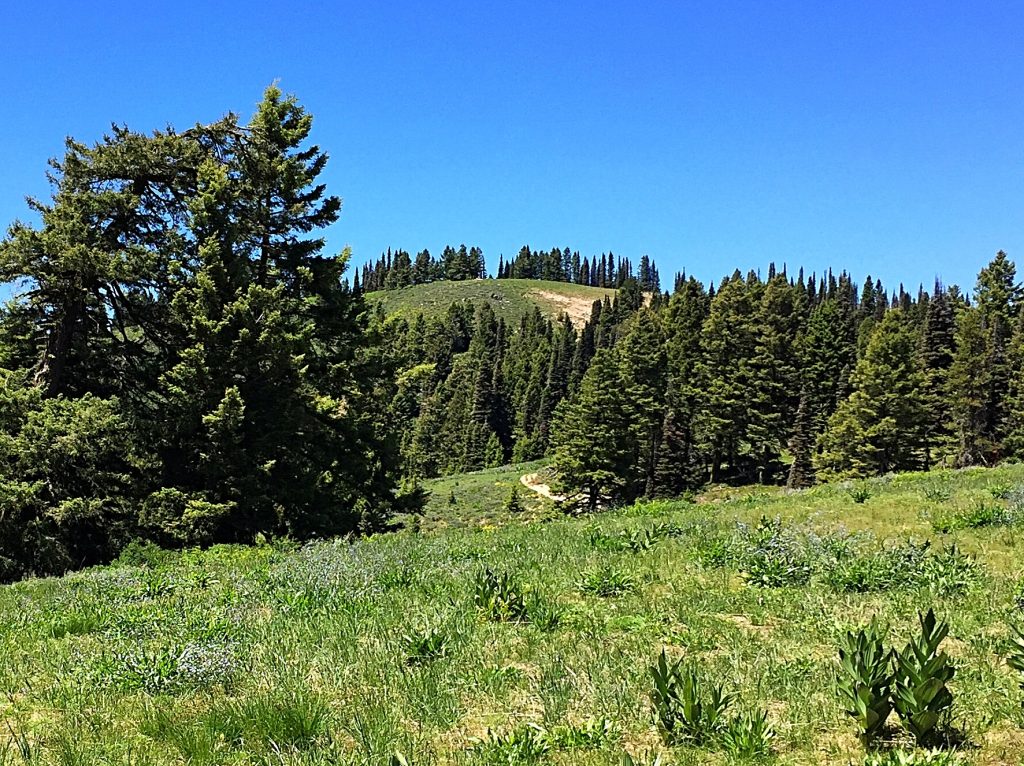 Jackson Peak as viewed from the southeast.

Although Jackson Peak is in a remote, seldom-visited corner of the Boise Mountains, access is surprisingly good. In fact, Google Maps will give you driving directions to this remote spot. From the fire station in New Centerville, drive north for 6.1 miles on FS-382. Turn right onto FS-380 and follow it to Coulter Summit in 8 miles. This road is steep but has only a couple of rough spots. Most high-clearance vehicles with good tires can probably make it.

Once on Coulter Summit, you will find a jeep road designated as FS-380F leading to Jackson Peak summit in just over 2 miles. The road, which is blocked by a downed tree in one spot, sees little to no vehicle use and disappears at the summit. Elevation gain is around 450 feet as the road goes up and down in the process of traversing the ridge to the peak. The East Summit is the high point.

The views of the surrounding area are impressive and include the nearby Boise Mountains summits, the Sawtooth Range, the Salmon River Mountains, the West Mountains and even a glimpse of the Owyhee Mountains. Class 1 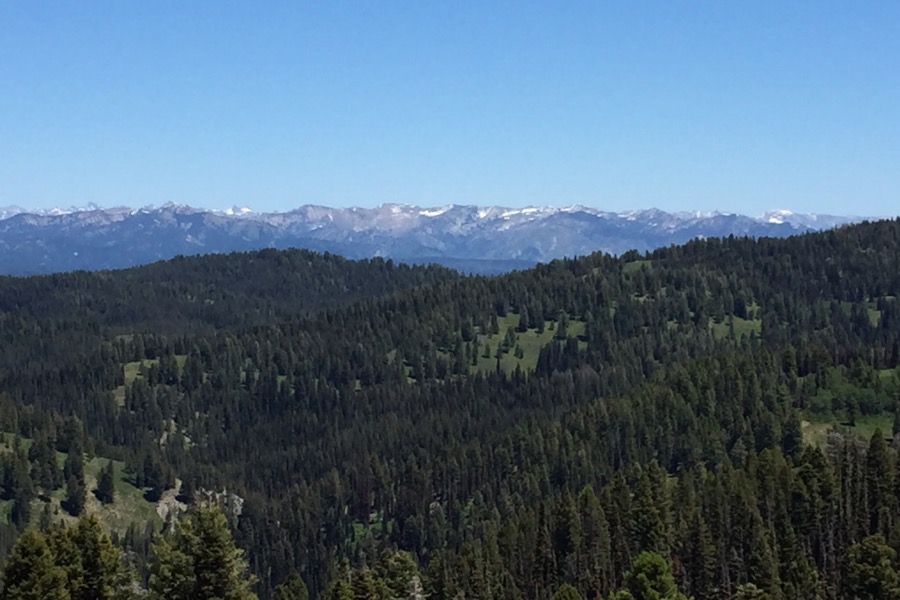 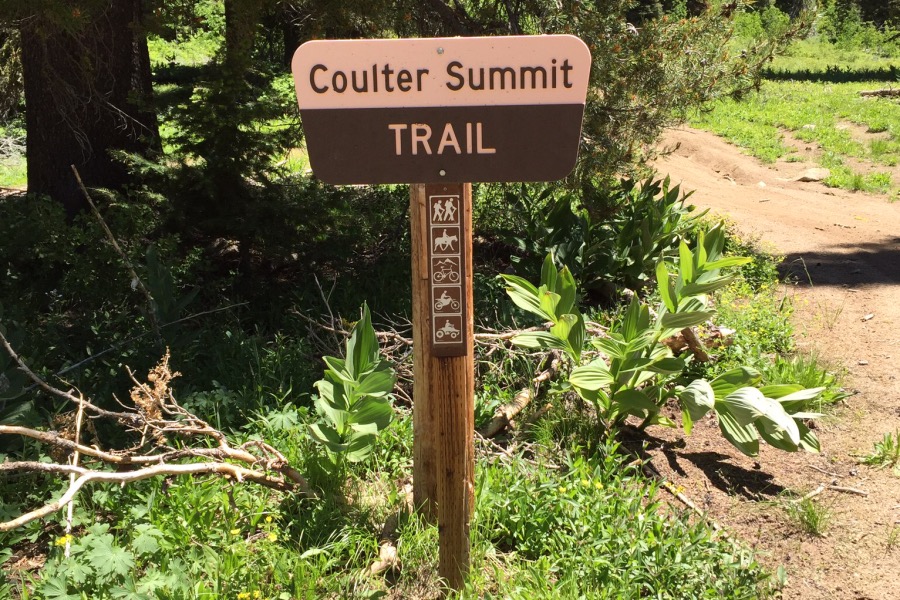 In addition to climbing Jackson Peak from Coulter Summit, you can follow a trail south to Wilson Peak and Pilot Peak. 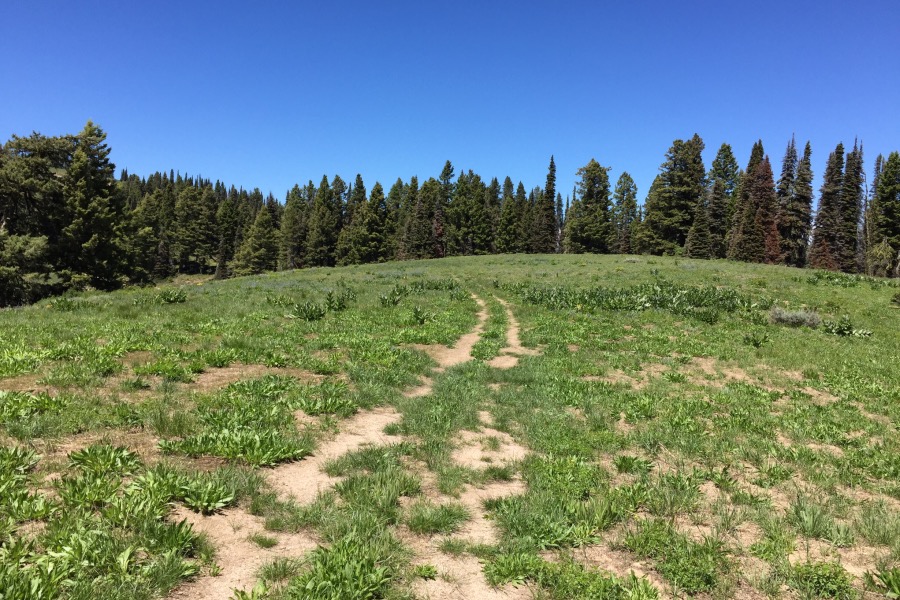 FS-380F is slowly returning to nature.