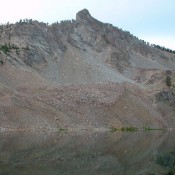 Climbing and access information for this peak is on Page 212 of the book. Livingston Douglas contributed a new route and photos. The peak is not named in the book where I noted it formed a scenic backdrop to Baker Lake. Others quickly adopted the name Backdrop Peak. Updated November 2022

This peak rises up directly behind Baker Lake in the northern section of the Smoky Mountains–hence the name. It is often climbed as part of a ridge traverse with Baker Peak and Peak 10137. USGS Baker Peak

All three ridges are easy scrambles.

From the summit, descend east on the semi-open ridge briefly then turn left/north and scramble down a semi-open face of steep talus/scree. Move right/east to the edge of a sheer cliff (with a deep gully beneath it). Descend north through ridge pines and steep scree/gravel. Move left/west into more open, safer rock to avoid sections of thick pines to the right/east. Finish by descending a steep but stable talus/scree slope to reach a semi-open pine forest and a high basin.

From the basin, bushwhack easily northeast down a forested dry gully that leads to the main gully that heads down (southeast then south) to Baker Lake. The main gully gets narrow and thick with rock/brush at times, so use an open scrub shoulder to its right/west as necessary lower down. You soon reach Baker Lake and a lakeside trail. Follow it left/east to the Baker Lake Trail at the lake’s outlet. Surprisingly, there is no climber’s trail from Baker Lake up the gully to the main north-south ridgeline. 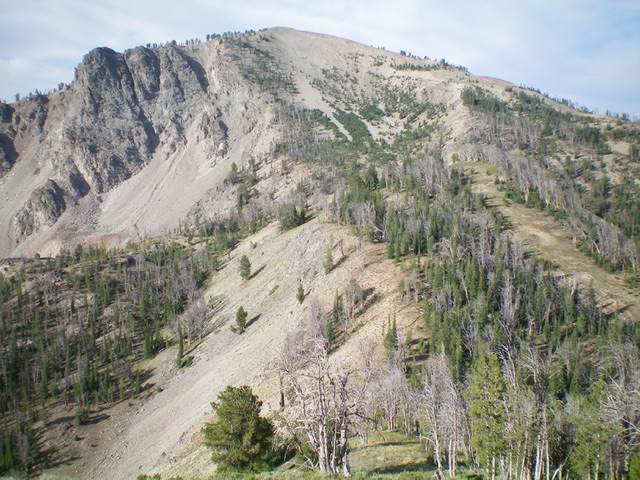 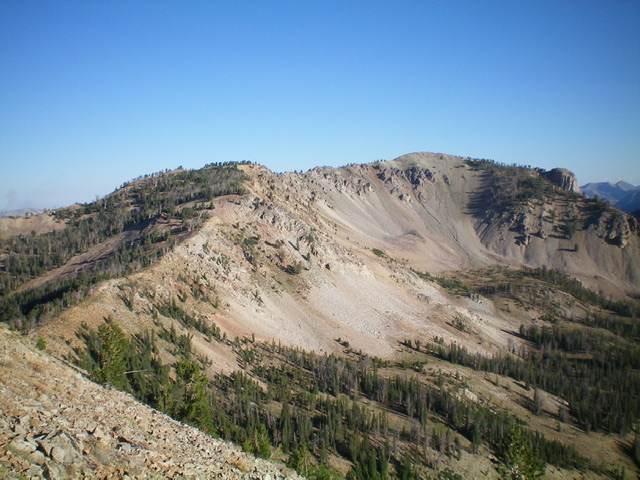 Backdrop Peak (right of center) and its easy south ridge (left of center) as viewed from the south. Livingston Douglas Photo 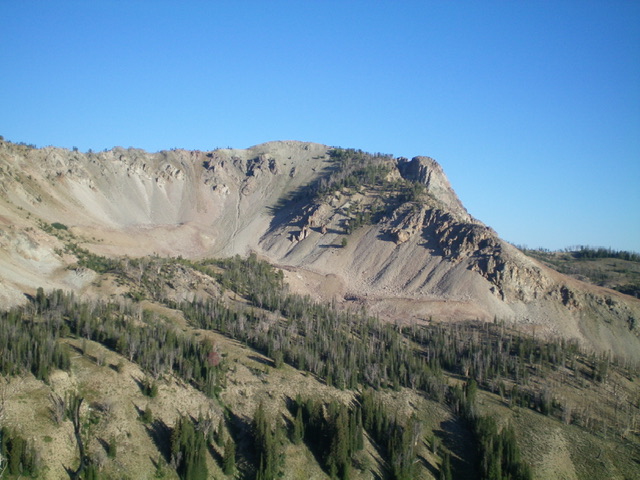 Backdrop Peak as viewed from the southeast. Livingston Douglas Photo