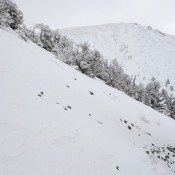 Larry’s 8/20/16 climb was a solo ascent via Bartel Canyon with 4,200 feet of elevation gain, a round-trip distance of 6.7 miles, and Class 2 difficulty. Larry reported: “The drive just to get to Bartel Canyon is a considerable feat across the desert. Reflecting back, I think it was about 45 minutes from ID-28 to the trailhead. The turnoff is well-marked with a brown sign identifying several of the canyons on the east side of the southern mountains. Going into the canyon, the road narrows quite a bit. Expect scratches on the sides of your vehicle if you drive in all the way.”

Once on foot, he found a drainage choked with trees and brush. Noting that there “was no way I could guess a turnoff in such a thicket. The one gully that I could see presented a tall cliff face from one side to the other.” Larry continued up the drainage to the bowl between Point 10194 and Great Western Peak. Reflecting on the difficult bushwhack, Larry rhetorically asked “Did I say that this was the mother of all bushwhacks?” From the bowl, Larry climbed northwest to the ridge, which he followed to the summit. 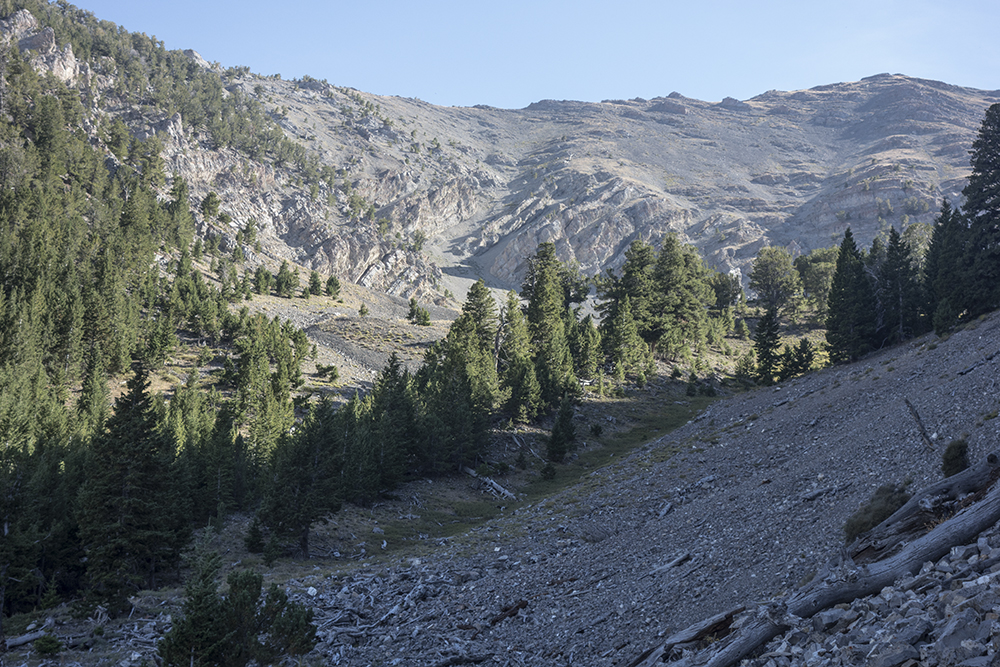 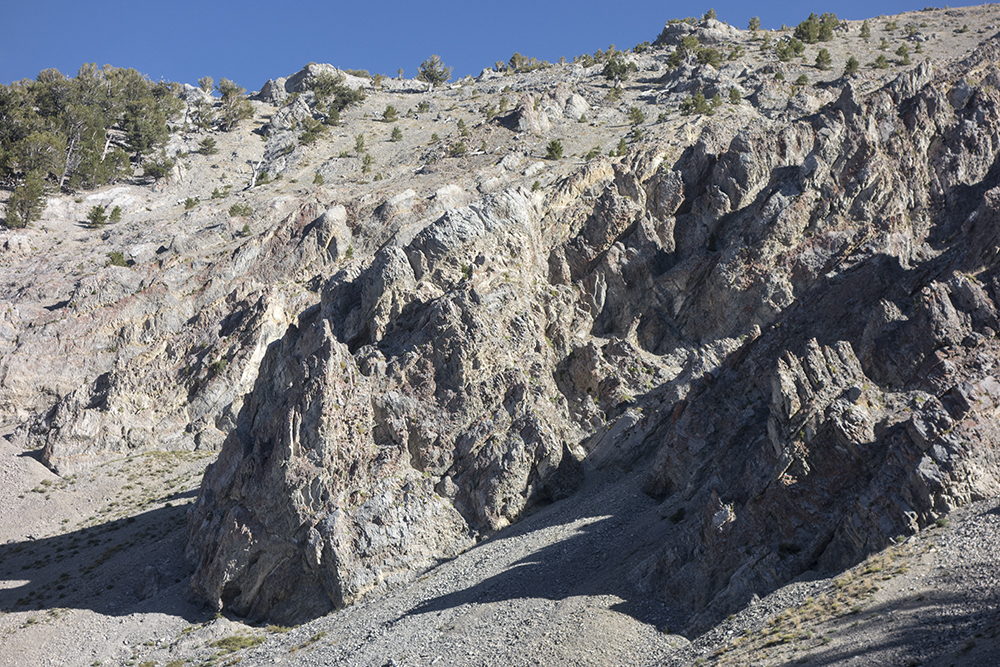 The route to the ridge. Larry Prescott Photo 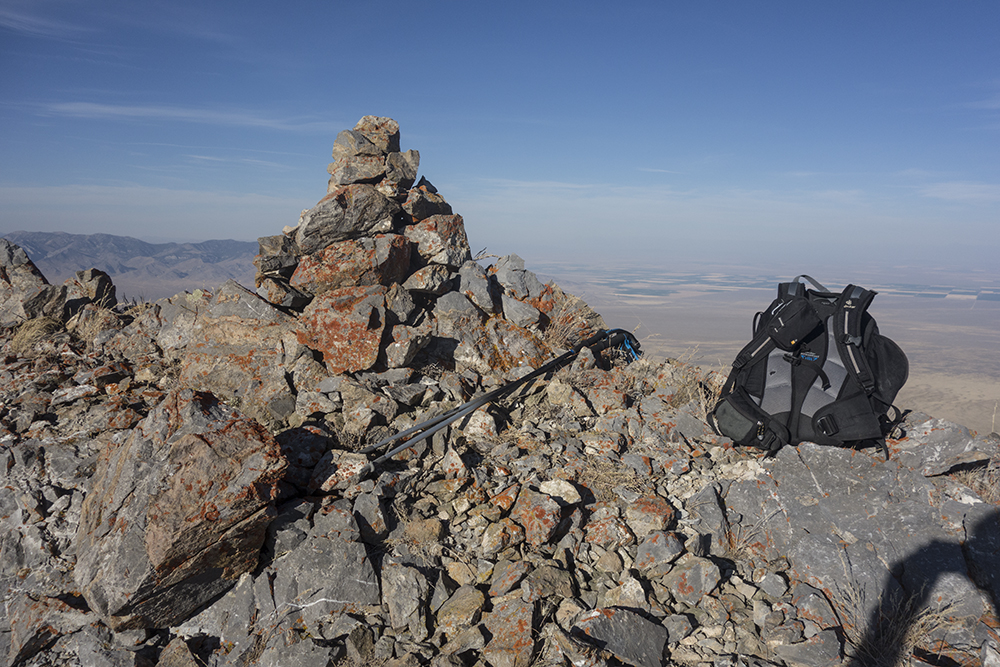 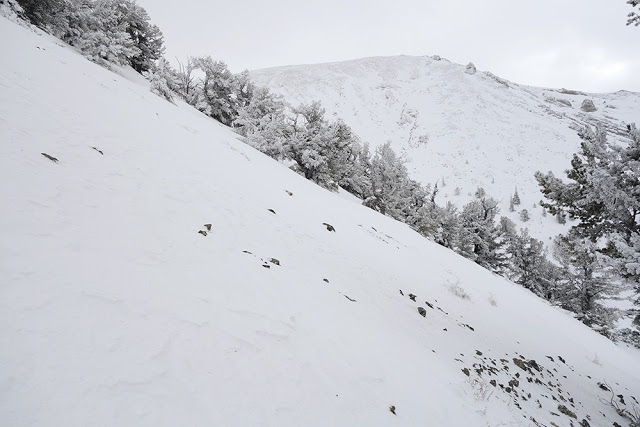