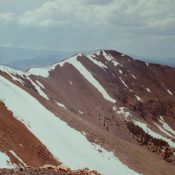 Climbing and access information for this peak is on Page 263 of the book. This peak is identified as Cabin Mountain’s North Summit in the book. Livingston Douglas added the southwest ridge route set out below as well as additional photos. Updated November 2020

Peak 11163 is the north summit of Cabin Mountain. It is also known as North Cabin Mountain. The peak lies in the White Knob Mountains in the Salmon-Challis National Forest. USGS Copper Basin Knob

Hike up the Corral Creek drainage until you reach the northwest ridge. Follow the Class 2 ridge to the top. The connecting ridge to Cabin Mountain is a Class 3 scramble. You can also continue along the ridgeline from Cabin Mountain to Lime Mountain. 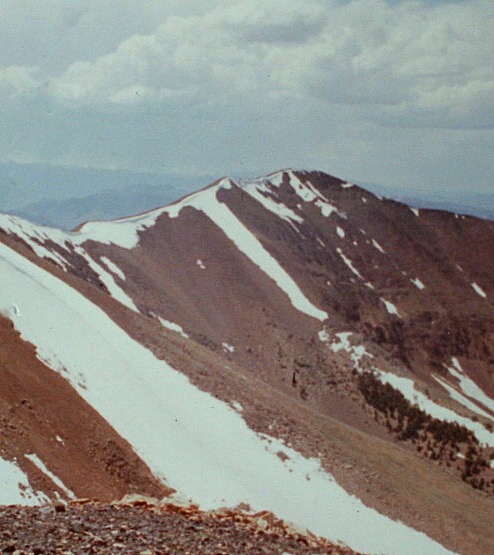 From the connecting saddle with Peak 9863 (9,163 feet), follow a fence row heading northeast up the southwest ridge of North Cabin Mountain. The sagebrush is moderately thick and requires some weaving. The fence row ends just below tree line. From there, scramble up steep, loose scree up to easier, less steep scree higher up. The first couple hundred feet of scrambling is the worst. The ridge becomes better defined higher up and it merges with the northwest ridge about 400 vertical feet below the summit. From that ridge juncture, follow the ridge crest east to the summit area. A short hike south gets you to the high point and a small summit cairn. 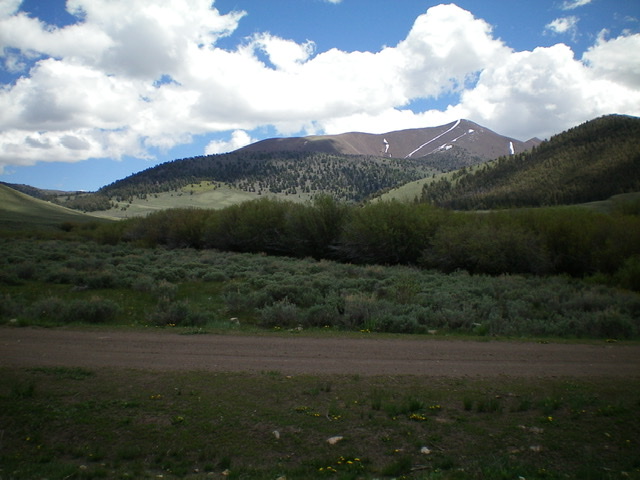 North Cabin Mountain (summit is right of center) and its magnificent north ridge (the bare rock ridge on the skyline) and northwest ridge (the forested ridge in mid-ground), as viewed from Burma Road at Corral Creek. Livingston Douglas Photo 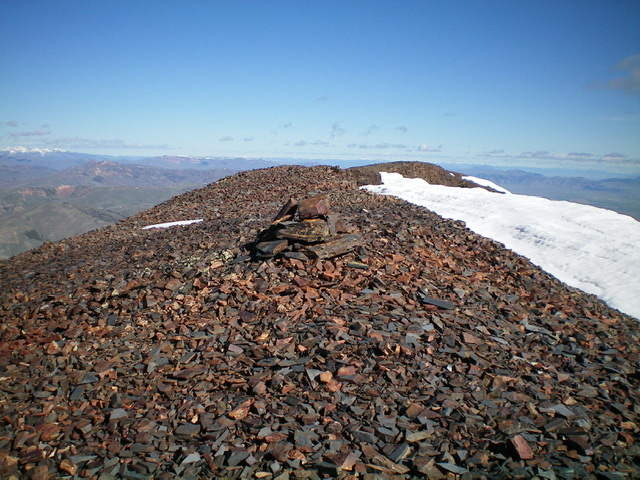 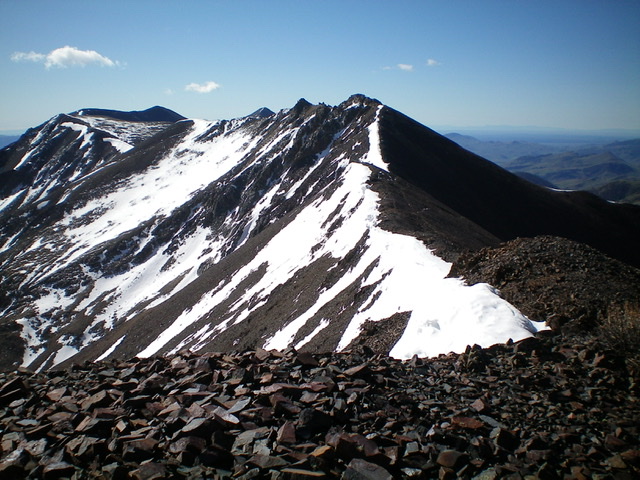