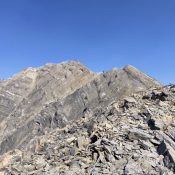 Climbing and access information for this peak’s southeast ridge is on Page 284 of the book. Supplementary beta is found below. Updated September 2021

Rick Baugher likely made the first ascent of this cliffy giant. Use the link below to read his trip report. Rick calls the peak “The Moat” because of its “proximity to Castle Peak and being surrounded by a natural moat of cliff fortifications and a rubble stream bed.” The peak has been climbed from the east and the west as well as via ridge traverses from both Far Away Mountain and Ferguson Peak. The ridge traverses are considered Class 4 with route-finding difficulties. Use the link below to Paul Lind’s trip report to read about his traverse. USGS Massacre Mountain 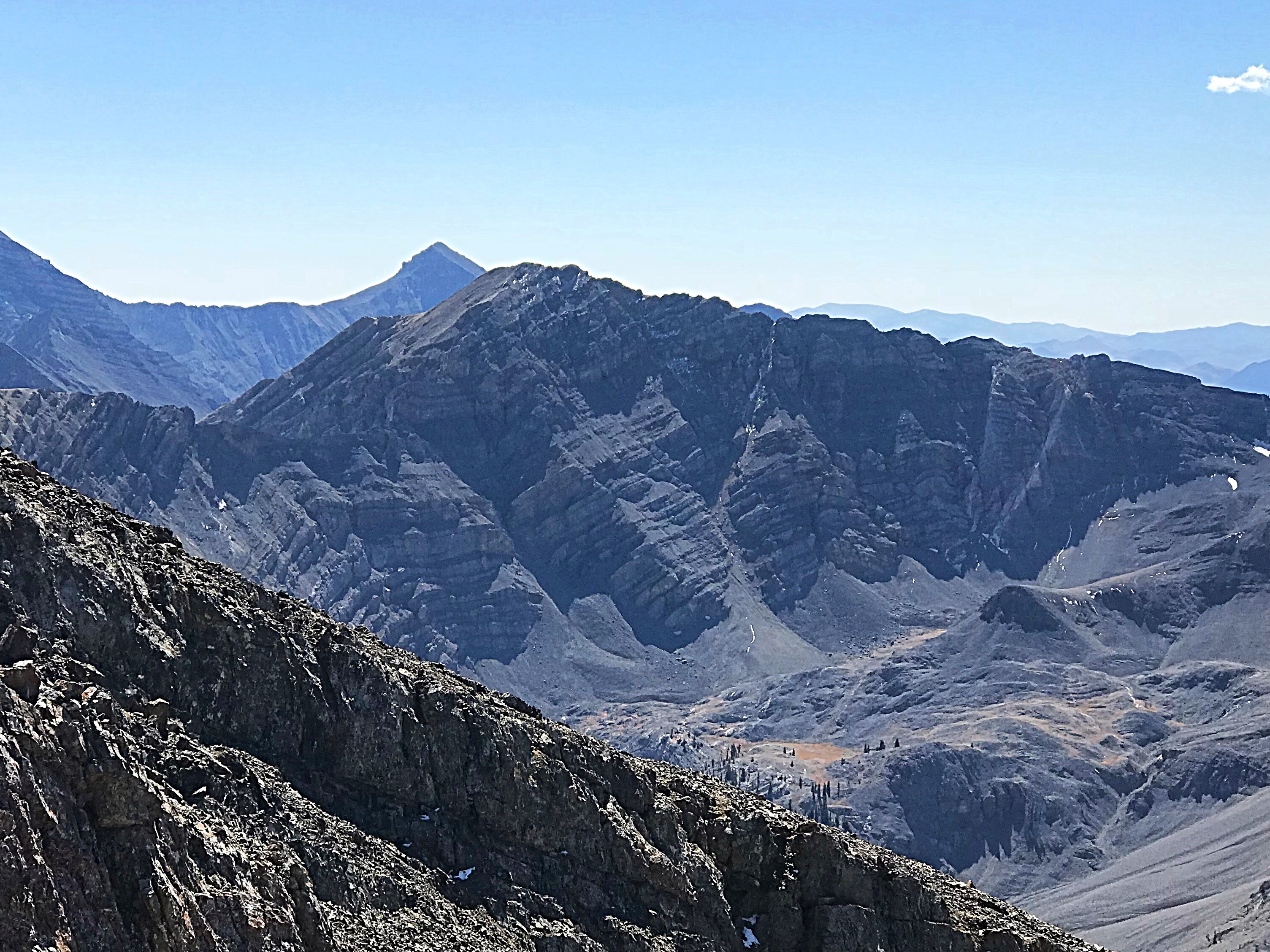 The Moat as viewed from Ferguson Peak.

From the road’s end in Long Lost Creek, follow the signed trail (FST-194) southwest. This trail is in good condition until it passes the junction for the trail that climbs up Hell Canyon (FST-245). After the junction, the trail has not been maintained for many years but it does pass through mostly open country. The trail disappears at roughly 8,600 feet.

When the trail disappears, aim for the base of the large, obvious gully that cuts the slope leading to the Upper Cedar Creek/Long Lost Creek Pass. The route now passes through a section of thick forest. A good elk trail can be followed through this stand to the base of the gully. The gully is deep-sided and steep but is easily traversed for the most part. If there is high water, climbing this gully would be difficult in spots. When the gully ends, climb the steep, grassy slopes to the pass. 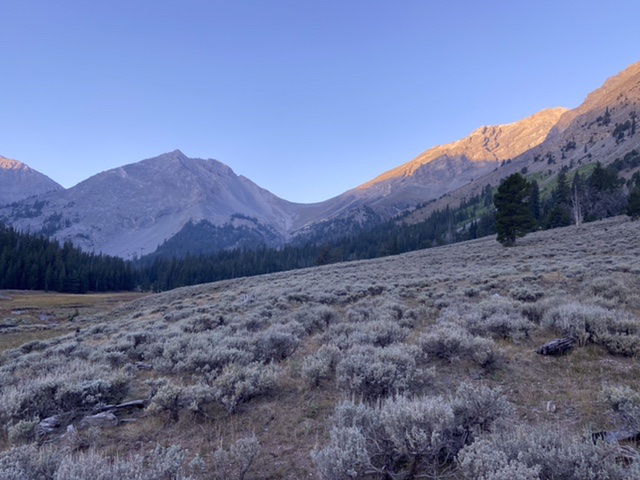 The view from 8,600 feet looking toward the Long Lost/Upper Cedar Creek Pass. Castle Peak is on the left and the Moat’s southeast ridge climbs up from the pass on the right. 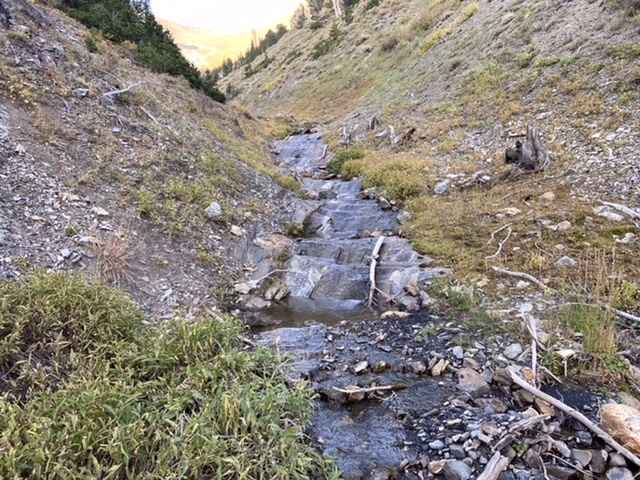 Ascending the gully is not difficult but requires crossing the creek many times. 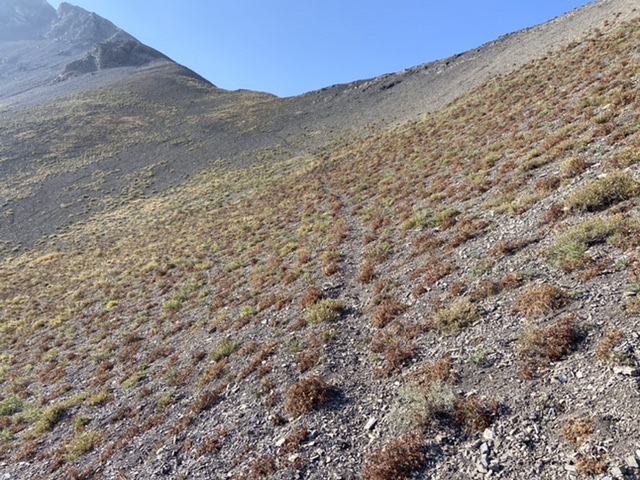 Above the gully there are occasional game trails that can be used for short distances. I found no remains of FST-194.

The southeast ridge begins at the Upper Cedar Creek/Long Lost Creek Pass and climbs 1,300 feet to the summit. Much of the ridge crest has a game trail. The middle third of the ridge is blocked by broken cliffs which can be bypassed on their east side by climbing steep, loose talus. If you climb the cliffs, the rating rises to Class 3. Near the top, you can bypass several obstacles on their west side. 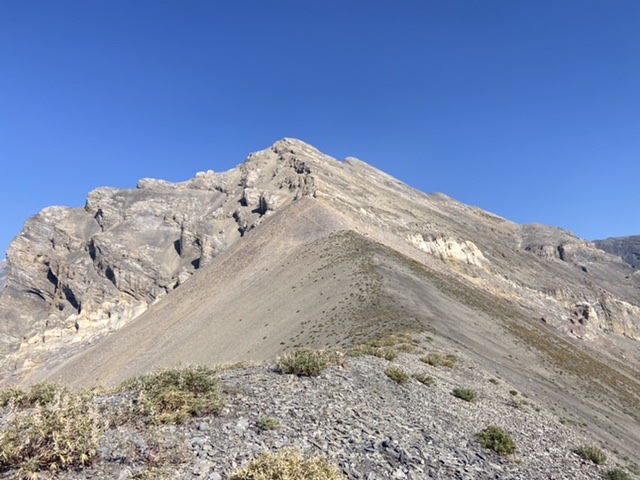 Looking up the southeast ridge from the pass 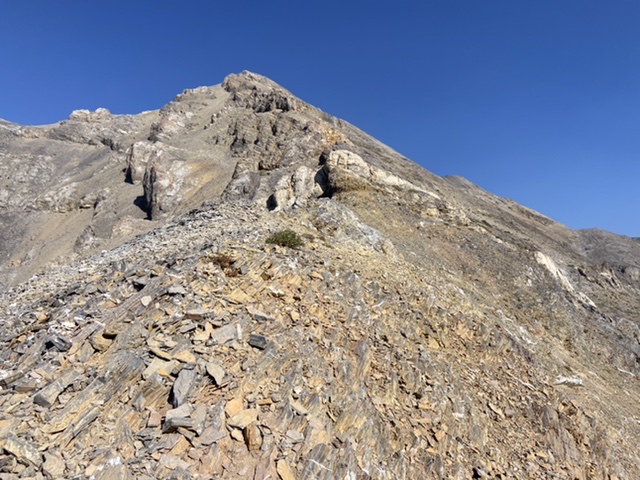 The middle third is the crux 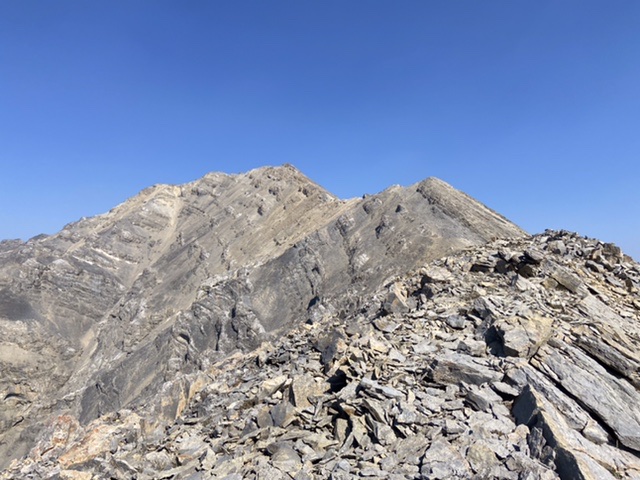 The upper third of the ridge and the summit 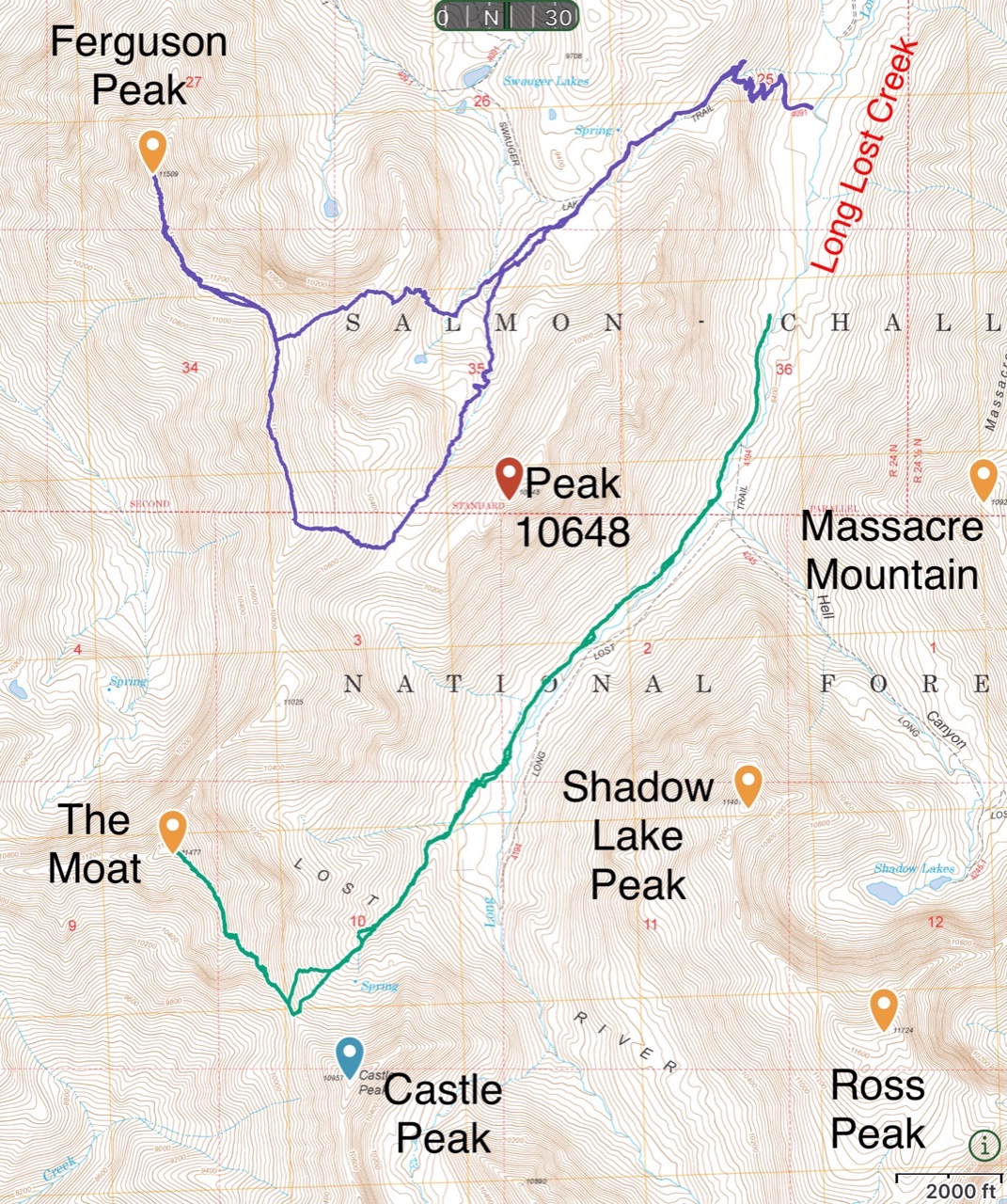 The green line is my GPS track for The Moat. The route covered 8.0 miles with 3,100 feet of elevation gain round trip. 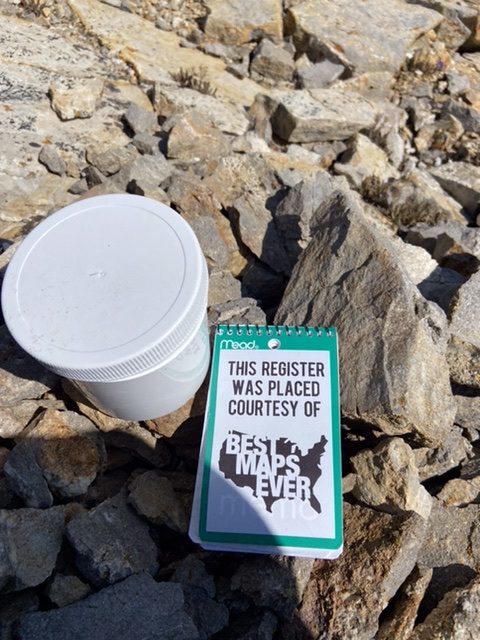 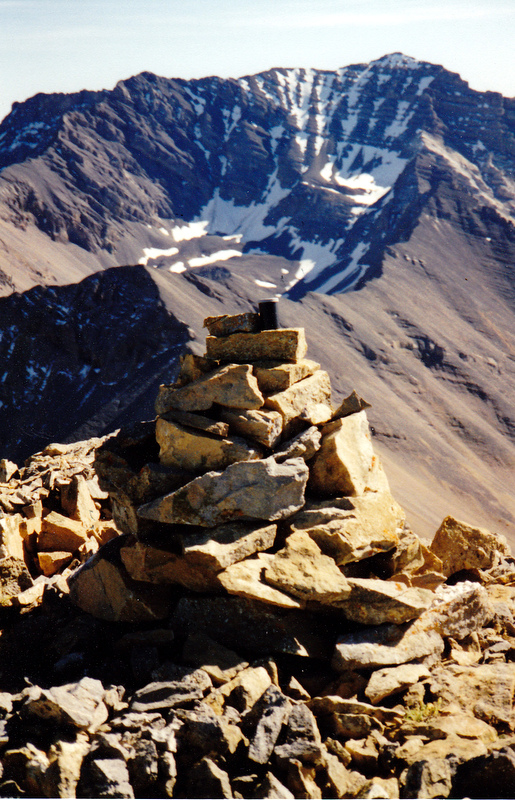 The summit cairn on The Moat looking southeast to the North Face of USGS Peak. Follow the ridge from the Moat to Castle Peak and the “brickyard” on the flank of USGS Peak. Rick Baugher Photo