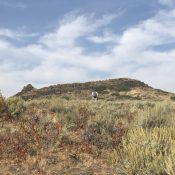 Peak 6130 is a rather inconsequential hump that is positioned in between Peak 6188 to the southwest and Peak 6291 to the east. Consequently, I call it Middleman. It is, nevertheless, a ranked summit with 366 feet of prominence. USGS Dempsey Meadows 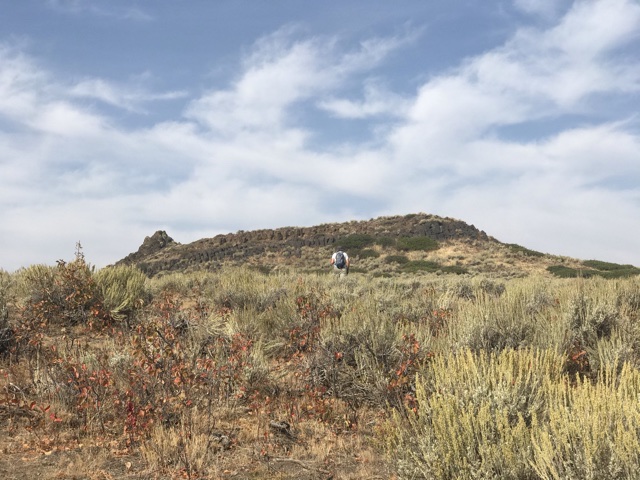 Peak 6130 as viewed from just below the summit. The high point is on the right.

This road is accessed from ID-20 at Hill City. Like all roads in the Mount Bennett Hills, this road may be rough or muddy at times. From Hill City on US-20, drive south at the intersection signed for Camas Prairie Centennial Marsh (Swamp Road/1300W) for 3.1 miles to a road junction. Turn left/east onto Stokes Road/600S and drive 0.7 miles to an [unsigned] road junction at the base of Monument Gulch. This is Monument Gulch Road. Turn right/south drive 2.9 miles south up Monument Gulch Road to a cattle guard at a pass. Park in a large parking area just past the cattle guard on the right/east side of the road. You can even make this area work as a dispersed campsite, if you so desire.

This climb is the second leg of a three-peak adventure that includes Peak 6188, Peak 6130, and Peak 6291. From the unsigned road junction in a meadow at the base of a wide gulch heading northeast, hike about ¼ mile up an old 2-track jeep road that follows the center of the wide gulch. Leave the road and bushwhack diagonally upward and northeast to reach a rocky point just south of ridge Point 6091 on the south ridge of Peak 6130. You may find a cattle trail(s) to help you weave your way up through the sagebrush on this upward, angled endeavor. Either skirt the left/west side of the minor ridge point or climb up over it and then drop to a small saddle just south of Point 6091.

From the saddle, scramble north up over rocky Point 6091 then drop to a brushy saddle, crossing a stiff cattle fence on the way. Long legs will help in this endeavor. Work your way through some boulders and thick scrub/brush to finally reach easier going high up. The summit of Peak 6130 is either the 10-foot rocky outcrop just south of the gentle summit hump or is the hump itself. They measure of equal height, according to my altimeter, so stand on both just to be sure.

From the summit, descend a shoulder southeast to the fence row (the fence row is shown on the USGS topo map). Cross to the south side of the fence and follow it through thick sagebrush to reach a narrow gap/pass with a good jeep road (not shown on maps) crossing it from north to south. This is the terminus of the east face and is the base of the southwest ridge of Peak 6291. 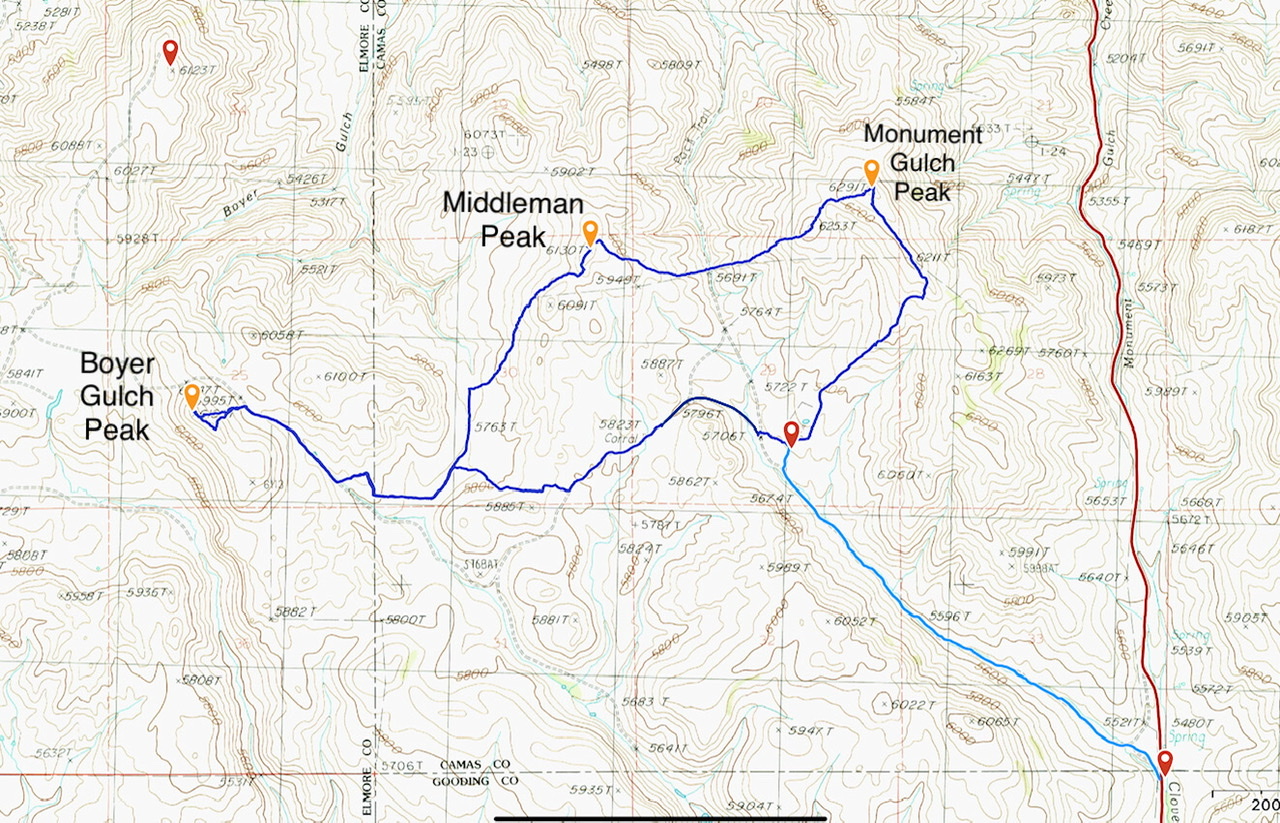