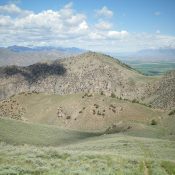 Peak 7226 is one of the foothills below the primary ridge crest that includes King Mountain to the north and Peak 8150 and Peak 8082 to the east. Peak 7226 is really just a hump on the west ridge of Peak 8082. It makes for a fun scramble from the unnamed canyon to its south but can easily be done in conjunction with a climb of Peak 8082. USGS Arco North 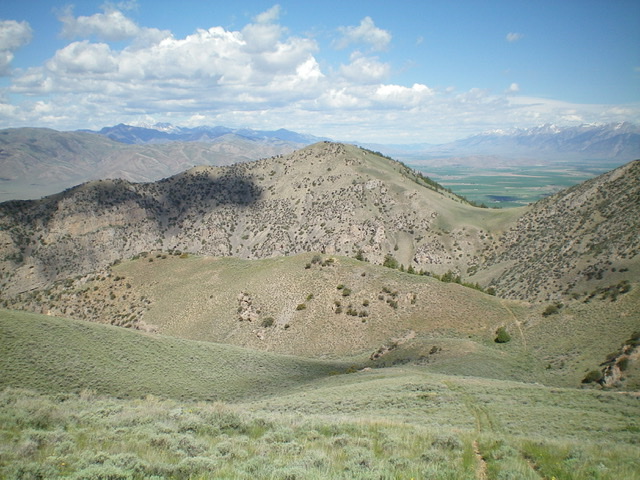 Peak 7226 (dead center) as viewed from the southeast. The saddle right of the summit (and gully below it) is part of the descent route to the unnamed canyon below it. Livingston Douglas Photo 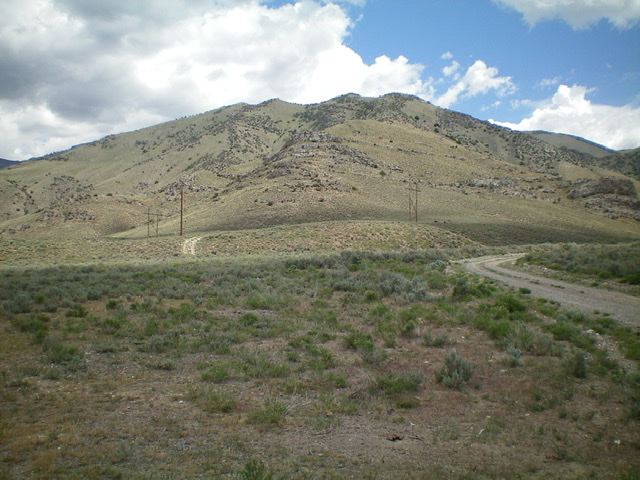 Looking up at Peak 7226 and its southwest ridge from the base of the jeep road at the mouth of the unnamed canyon. Livingston Douglas Photo

From the cattle gate, hike briefly east on the jeep road. Leave the road and bushwhack north through sagebrush (some powerline roads help here) to reach the toe of the [obvious] southwest ridge of Peak 7226. Scramble northeast up the ridge through sagebrush/scrub and rocky ridge outcrops/slabs. Skirt the right/south side of a huge ridge buttress early on. When the southwest ridge reaches the south ridge, turn left-ish/north and head north on easier open terrain (grass, short scrub, and gravel) over two ridge humps to reach the gentle hump that is the summit of Peak 7226. I rebuilt the modest cairn to make it a more impressive one. The view of Moore, ID from the summit is magnificent. The view of the rugged west face of nearby Peak 8082 is intimidating. 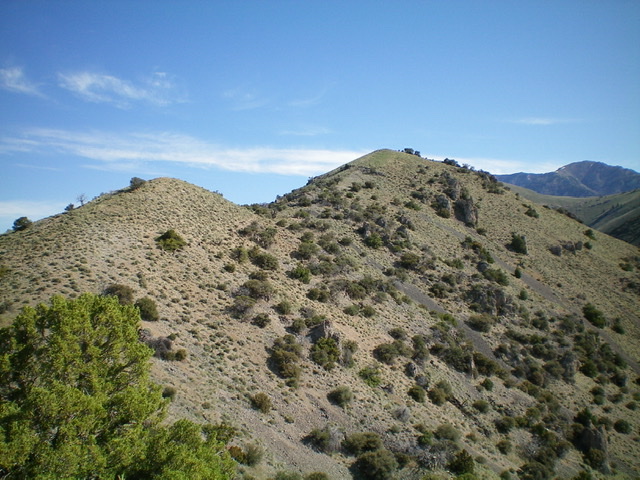 The summit hump of Peak 7226 (right of center) as viewed from high on the south ridge. Livingston Douglas Photo 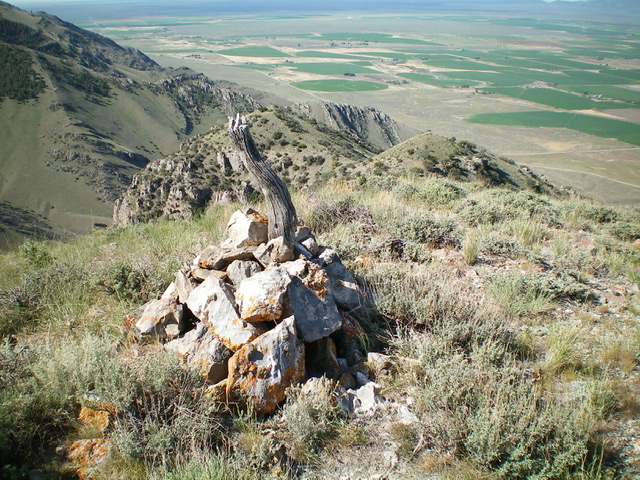 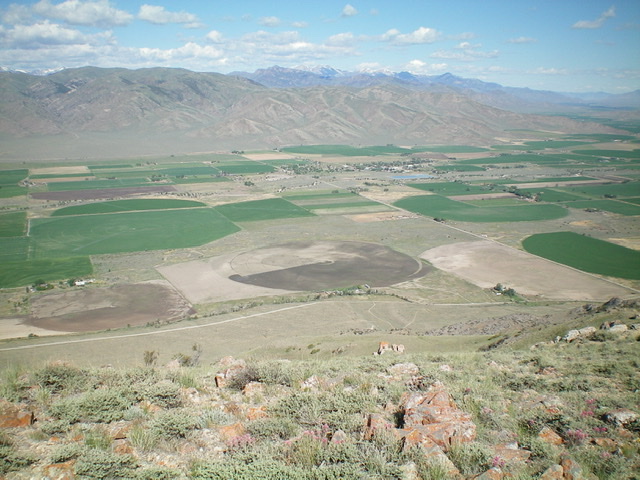 The view of Moore, ID from the summit of Peak 7226. Livingston Douglas Photo

From the summit, descend northeast then east through sagebrush (not too bad) to reach the head of a gully at a saddle. Descend this dry gully southeast then south to reach the upper basin of the unnamed canyon below. Follow an old 2-track jeep road southwest then west to return to King Mountain Road. If you plan to climb nearby Peak 7790 as I did, the upper basin is the launching point for a climb of the northwest face/northeast ridge of that peak.