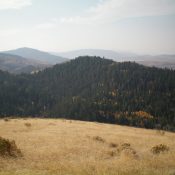 Peak 7442 is a ranked hump on the southeast ridge of Little Gray Ridge (8,050 feet). It is located just above, and northwest of, Henrys Cutoff Pass. The easiest access is via a short scramble up the east ridge from Henrys Cutoff Pass. This climb is the first of a four-peak adventure that includes Peak 7442, Little Gray Ridge, Peak 7313, and Peak 7535. USGS Wayan West 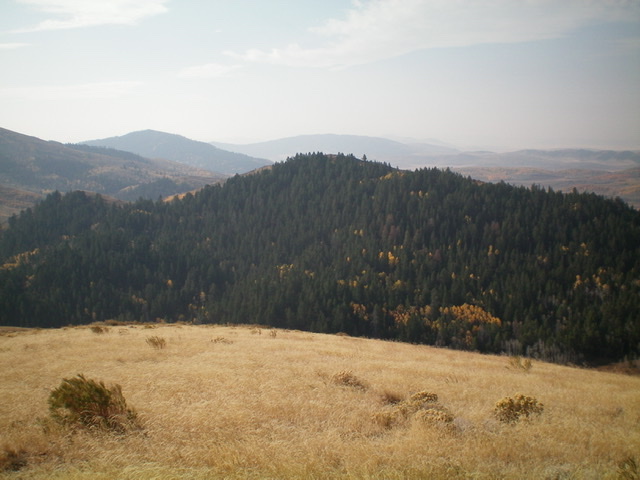 From the east end of ID-34 (at a county road about a mile north of Freedom, WY), drive west on ID-34 for 19.3 miles to an [signed] junction. Turn left/south onto [paved] Wayan Loop East Road and reset your odometer. At 2.4 miles, go straight onto Henrys Cutoff Road/FSR-355. At 2.6 miles, reach the Caribou National Forest boundary. At 3.9 miles, reach Henrys Cutoff Pass. Park here (7,056 feet).

From the large pullout area on the west side of Henrys Cutoff Pass, follow a cattle trail northwest up through sagebrush and skirt the left/west side of a ridge hump to reach a saddle at 7,180 feet. This saddle is at the base of the east ridge of Peak 7442. Scramble west up the open ridge on easy scrub to reach the summit. A narrow game trail will help you. The summit of Peak 7442 is a ridgeline summit with no cairn but nice views. 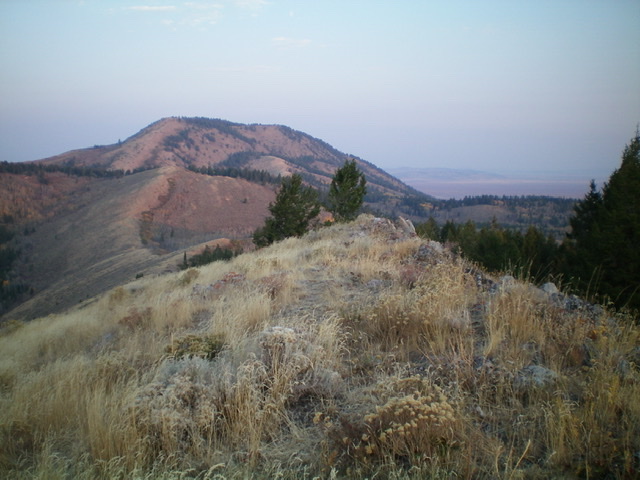 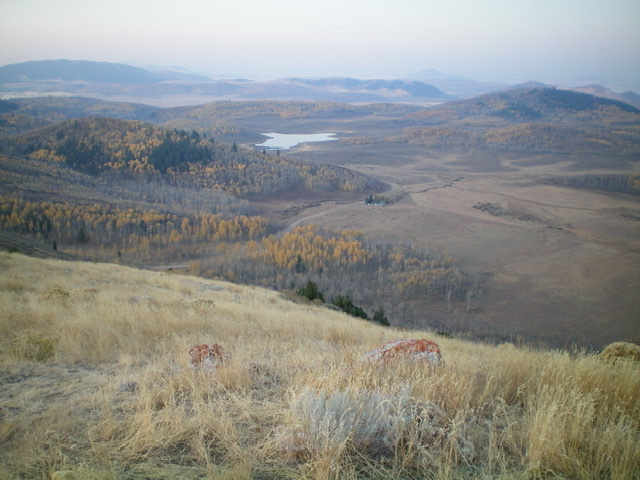 Looking southwest from the summit of Peak 7442. Livingston Douglas Photo 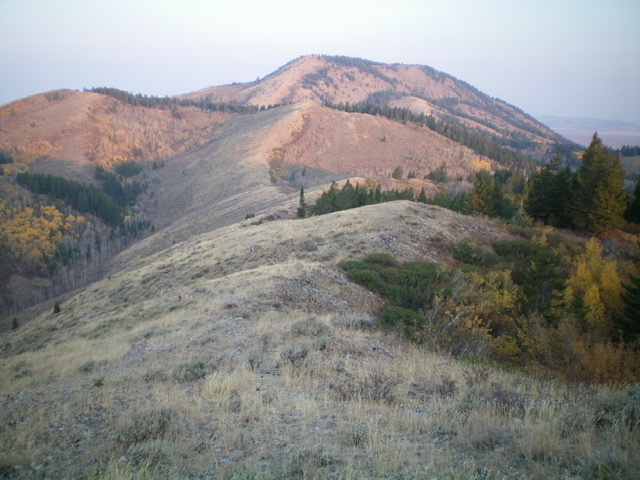 Looking at Little Gray Ridge from the summit of Peak 7442. It is in the distance (dead center). A long, undulating, weaving ridge traverse gets you there. Livingston Douglas Photo

From the summit, follow the ridgeline northwest using a game trail for much of it. Skirt the left side of a ridge hump to reach a saddle at 7,100 feet. This is the low point between Peak 7442 and Little Gray Ridge (8,050 feet) and is the connecting saddle. This concludes the first leg of today’s four-peak journey. Little Gray Ridge is up next. 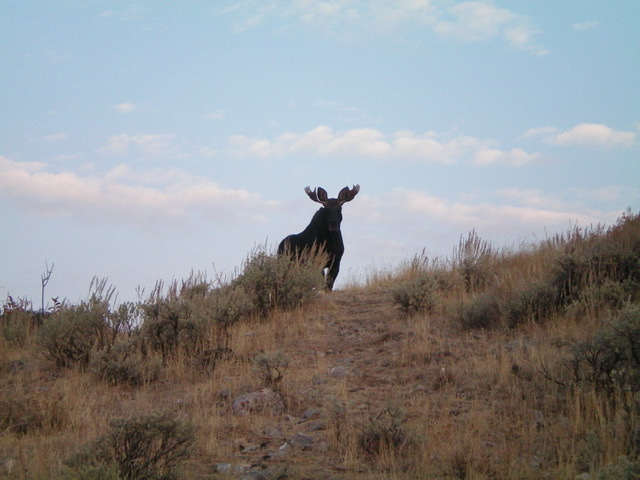 A bull moose on the east ridge of Peak 7442, just below the summit. Consequently, I have unofficially named this peak “Bullwinkle Peak.” Livingston Douglas Photo