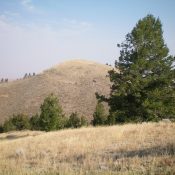 Peak 7313 is one of four peaks that surround Reservoir Canyon in the Grays Range. It is the third peak in a four-peak adventure that includes Peak 7442, Little Gray Ridge (8,050 feet), Peak 7313, and Peak 7535. Peak 7313 is most easily reached from a 2-track road in Reservoir Canyon to its south. USGS Wayan West

Peak 7313 as viewed from the south. Livingston Douglas Photo

Same as for Peak 7442. This is the third leg of a four-peak journey that begins at Henrys Cutoff Pass.

From the 7,020-foot connecting saddle with Little Gray Ridge, bushwhack northeast over Point 7100 then drop east to a saddle. Continue east up the ridge to the summit. This bushwhack is merciless. It is a combination of dense pines/aspens and thick brush. It seems to go on forever. The terrain FINALLY opens up after climbing above the final saddle for a short distance. Move to the right of the ridge crest to reach this open area.

The sagebrush in the open terrain is gapped and pretty easy. It sure beats that wicked bushwhack through the thick aspens. In retrospect, it is better to avoid the west ridge entirely and drop down to Reservoir Canyon and then climb up the open southwest face of Peak 7313. The summit is an open grassy hump. There is no summit cairn. 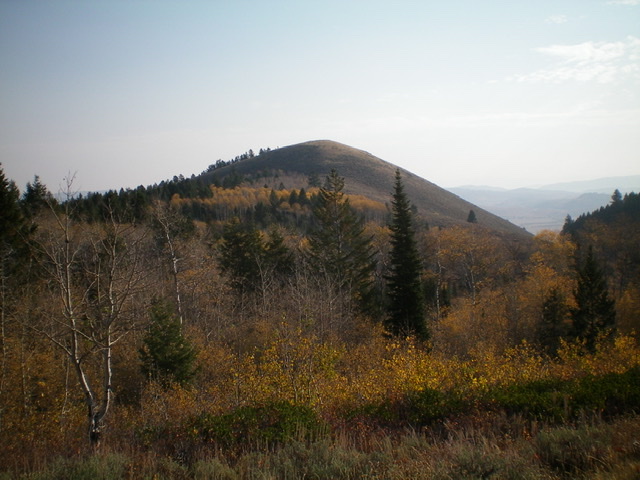 Looking up the west ridge of Peak 7313. The combination of thick brush, aspens, and pines is just brutal. Livingston Douglas Photo

Looking south at Peak 7535 from the summit of Peak 7313. Livingston Douglas Photo 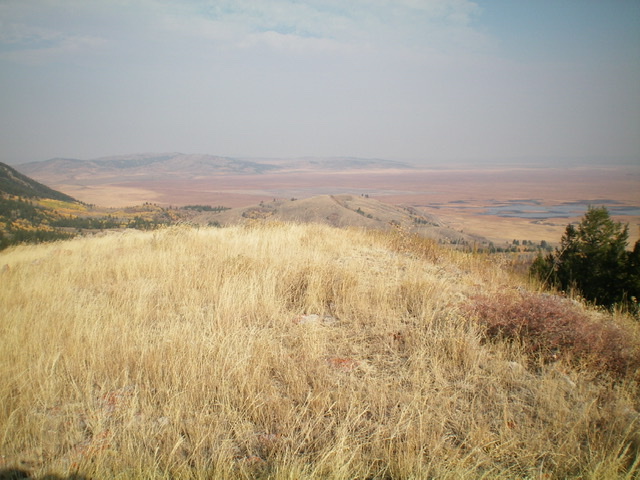 From the summit, descend a steep but easy scrub slope to cross Reservoir Canyon and its 2-track jeep road (not shown on maps). Aim to reach the canyon floor at the base of the north ridge of nearby Peak 7535. Cross the center of Reservoir Canyon at about 6,900 feet. This concludes the third leg of today’s four-peak journey. Peak 7535 is up next. 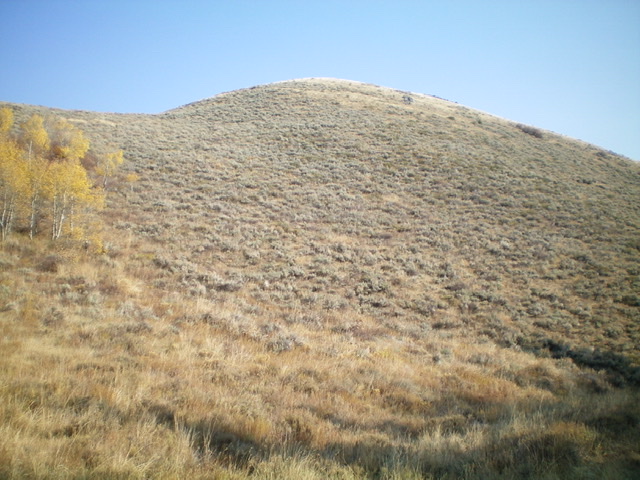 Looking up the sagebrush-covered slope of the south face of Peak 7313 from its base. Livingston Douglas Photo