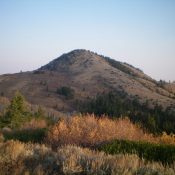 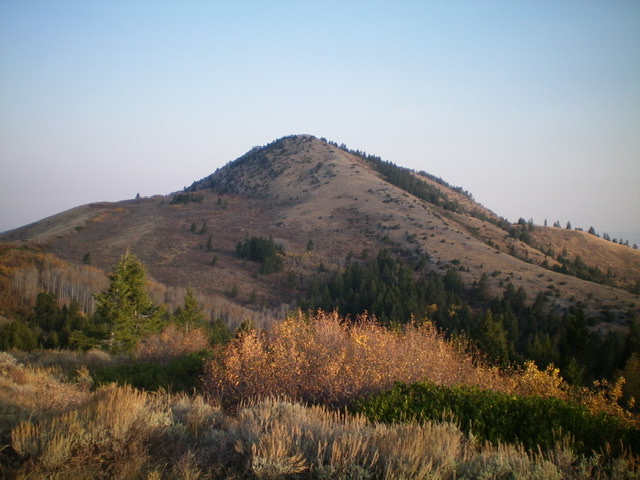 Same as for Peak 7442. This is the second leg of a four-peak journey that begins at Henrys Cutoff Pass.

From the 7,100-foot connecting saddle with Peak 7442, follow a game trail to skirt the left/south side of a ridge hump and reach a brush-and-aspen saddle that is east-northeast of Point 7482. Bash through a patch of aspens/brush and climb west-southwest up the ridge. Get back into open scrub as soon as possible to reach the top of Point 7482. The left/south side of the ridge crest is the more open side. From the top of Point 7482, continue northwest along the open ridge crest and descend 115 vertical feet to a minor saddle.

Cross the head of an aspen-clogged drainage to  reach the base of an imposing headwall on the southwest face of the upper south ridge of Little Gray Ridge. Climb up through a slot/gap in the headwall (Class 2+) then scramble up a steep rock-and-scrub face to reach the summit ridge southeast of the high point. Follow a narrow game trail on the ridge crest to a rocky ridge point then drop 15-20 feet to another minor saddle. From there, scramble northwest to the summit of Little Gray Ridge. The summit has a decent cairn and a nice view of Blackfoot Reservoir. 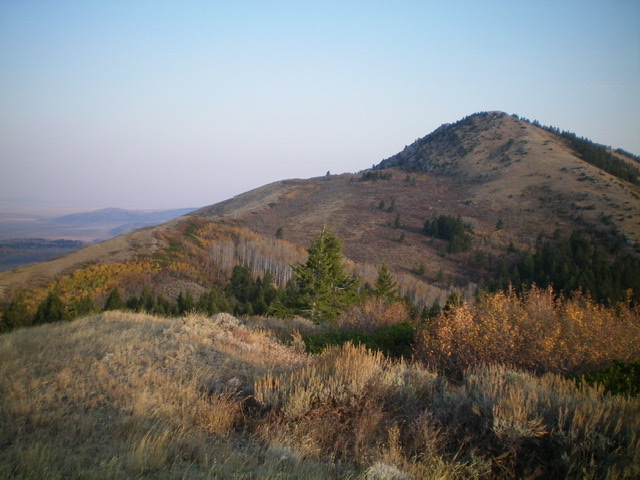 The upper section of the south ridge of Little Gray Ridge. The summit is right of center. Livingston Douglas Photo 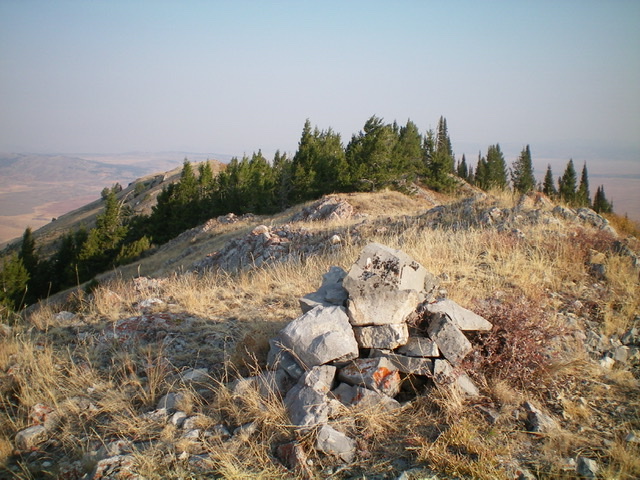 From the summit, return southeast along the ridge crest to the rocky ridge point. Descend east from it to a somewhat steep face/wall of scrub and embedded slabs/face rock. Visibility is open and good here. Aim for a saddle to the left/north that connects to a ridge with a 2-track jeep road on it. Once at the brush-and-aspen saddle, get on the 2-track road (not shown on maps) and follow it along the ridge crest, heading southeast toward Reservoir Canyon. When the ridge bends left/east and the road continues south down to Reservoir Canyon, leave the road to bushwhack east-northeast to a 7,020-foot connecting saddle. This is the conclusion of the second leg of today’s four-peak journey. Peak 7313 is up next.

In retrospect, this bushwhack turned out to be quite rough with thick brush and dense aspens. It is better to descend the road to Reservoir Canyon and follow it left/east down the canyon for about ¾ mile to the base of the open, easy southwest face of Peak 7313 and climb the peak from there. There is no additional uphill given the ups-and-downs of staying on the ridge crest. 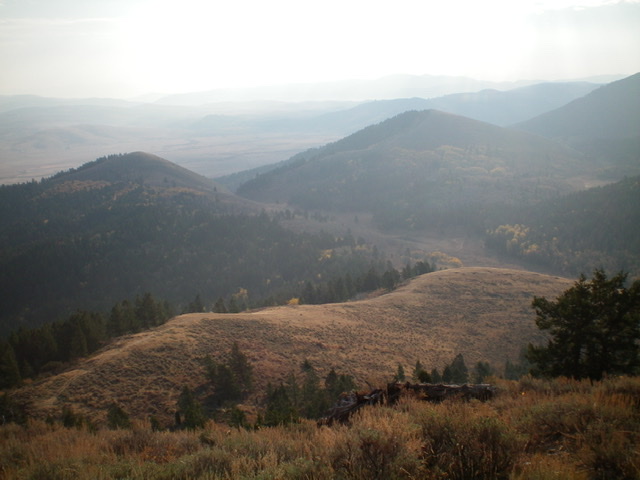 The ridge traverse to Peak 7313 (the smaller hump left of center) as viewed from the top of Little Gray Ridge on a smoke-hazy morning. Livingston Douglas Photo 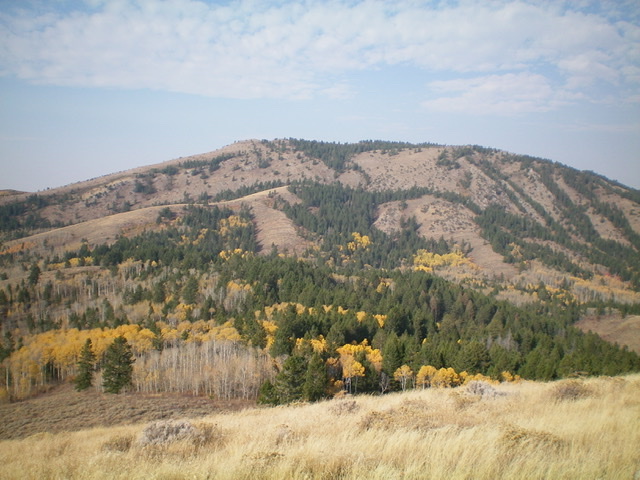 Little Gray Ridge (the skyline) as viewed from the east. The summit is left of center. Livingston Douglas Photo 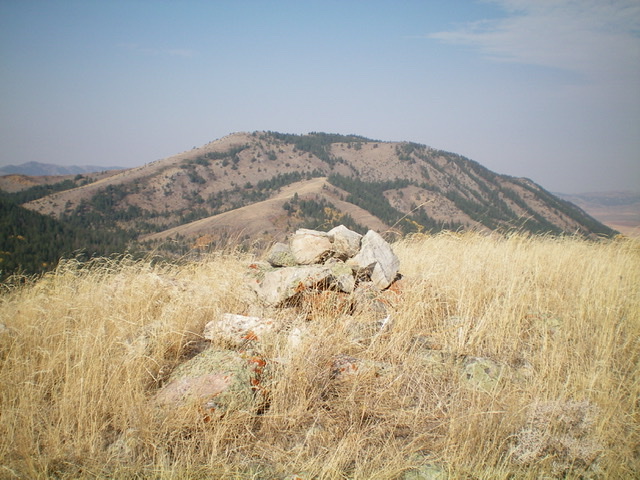 Little Gray Ridge as viewed from the summit of Peak 7535 to its southeast. Livingston Douglas Photo