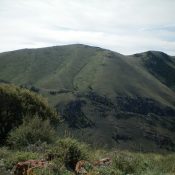 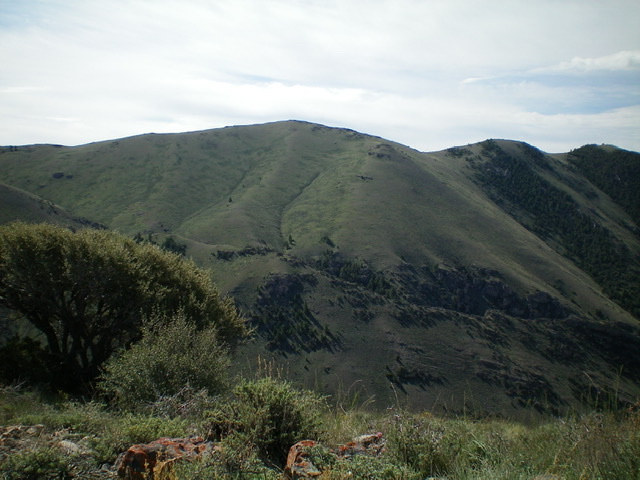 Same as for Peak 7226. This is the second leg of a two-peak journey that begins at the base of an unnamed canyon alongside King Mountain Road.

From the upper basin in the unnamed canyon, bushwhack southeast and cross two minor shoulders to contour over and down a bit to reach the 2-track jeep road that heads east up a gully then southeast to reach a saddle on the east side of Point 6953. While the 2-track is somewhat weak, it sure beats bushwhacking through the endless sagebrush in this area. The 2-track continues all the way to the northeast ridge of Peak 7790, leaving only 130 vertical feet to climb to reach the summit. Follow the easy, open ridge to the bare summit. There was nothing on top so I built a modest cairn. 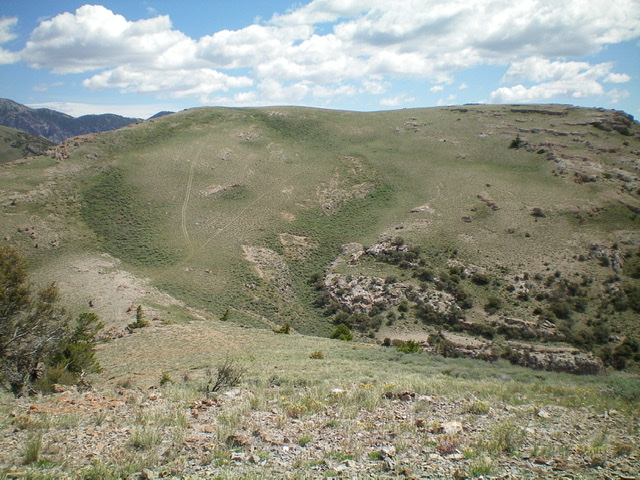 Peak 7790 as viewed from Point 7670 to its southwest. The summit is at the far left end of the summit plateau. Livingston Douglas Photo 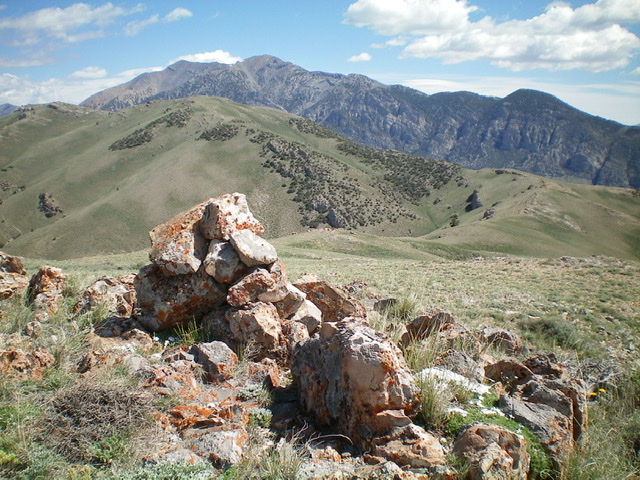 The newly-built summit cairn atop Peak 7790 with King Mountain in the distance. Livingston Douglas Photo

From the summit, descend southwest to a saddle northeast of Point 7670. Continue south to the top of Point 7670. Descend northwest on an obvious shoulder that heads steeply down to the unnamed canyon. Stay on the left/southwest side of the crest of the shoulder to avoid thick forest on its right/northeast side. This shoulder has a lot of rocky outcrops mixed with pine trees and steep, loose scree. It is a rather treacherous descent and is consistently STEEP until the rock gives way to a nice grassy slope. The ridge blocks/towers and downclimbing of ridge gaps makes this a full-on Class 3 endeavor.

This grassy slope leads down to a final obstruction: a cliff band. Descend left along the top of this cliff band then diagonally left on a decent game/use trail to a gully. Bash through the dense sagebrush of the gully down to the unnamed canyon and the jeep road awaiting you there. Hike southwest then west down the road for about 0.8 miles to reach King Mountain Road and your parked vehicle.