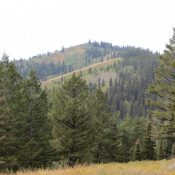 Peak 7906 is on the Southeast Side of the Big Hole Mountains. The summit is located a little more than 0.5 mile from Squirrel Mountain. The most direct route to the summit is from the East Side of the range, which is west of Victor, Idaho. USGS Fourth of July Peak 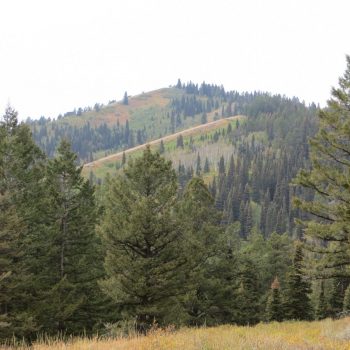 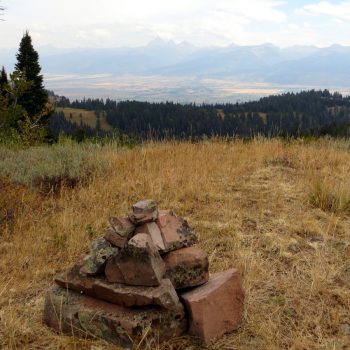 The summit of Peak 7906, with views of the Tetons in the background. Steve Mandella Photo

As you hike the trail, continue to assess the terrain and vegetation on the peak until you reach the base of a ridge that is fairly clear of vegetation and begin hiking off trail. As you gain elevation, the summit will come into view and you can use it to help you navigate around some densely vegetated and forested sections that are common in these lower-elevation peaks. 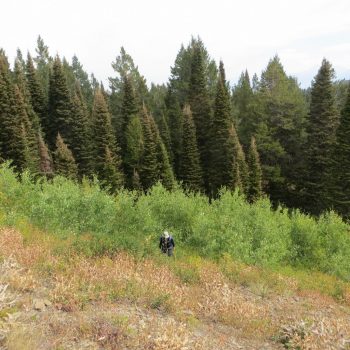 Climbing can involve a lot of bushwhacking at times. Steve Mandella Photo

After summitting Peak 7906, drop back down to FST-076/FST-240 and backtrack (northeast) until you return to the intersection mentioned earlier. Turn southeast and begin a steep ascent that takes you back to the intersection of the Corral Crest Trail and the Big Hole Crest Trail (FST-217). Backtrack on FST-217 to FST-237 and the Grove Creek trailhead.

We did this peak as part of a 3-peak loop originating from the Drake Creek trailhead. Read more about that trip and view the GPS track on the Squirrel Mountain page. Class 2