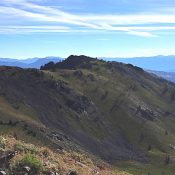 Peak 8180, sometimes referred to as Purgatory Peak, sits east of Black Lake Road and north of Smith Mountain. This peak covers a lot of space and has 4 high points. 2 of the high points are so close in elevation that it is impossible to determine which is higher without sophisticated equipment. Black Lake Road traverses its West Slopes, crossing passes on the peak’s North Ridge and Southwest Ridge. USGS Purgatory Saddle

I climbed the peak with John Platt via its long, winding Southwest Ridge, which first took us over the point identified on the map as Echols Benchmark No. 2. From that point, the ridge cliffs out and forced us to descend the peak’s East Slopes. We continued side-hilling past the next high point and then followed the ridge the remaining distance to the high point identified on the Lists of John website as the true summit. All in all, this climb involved 1.64 miles with 850 feet of elevation gain and 322 feet of elevation loss. 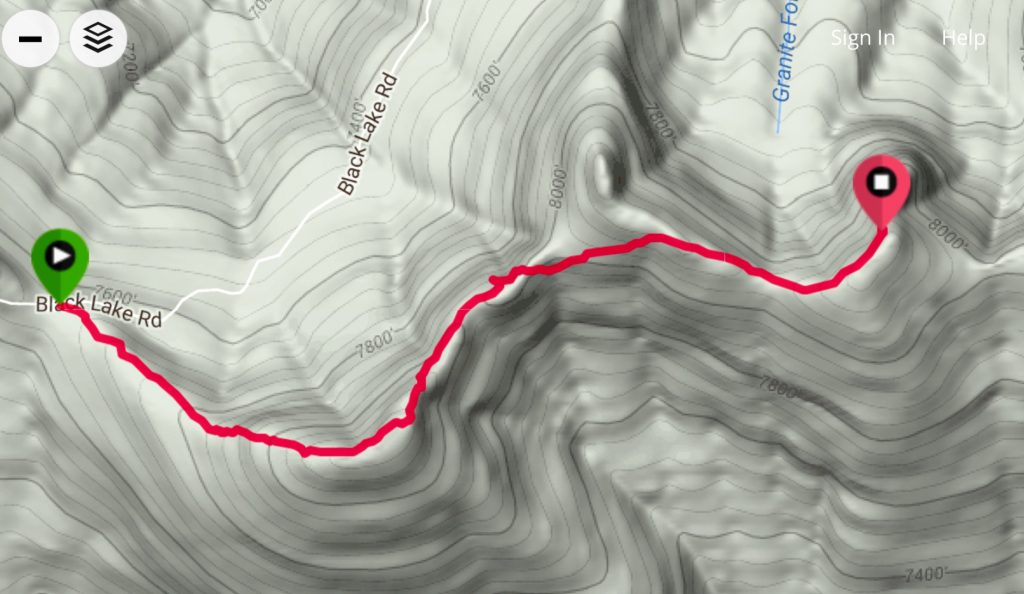 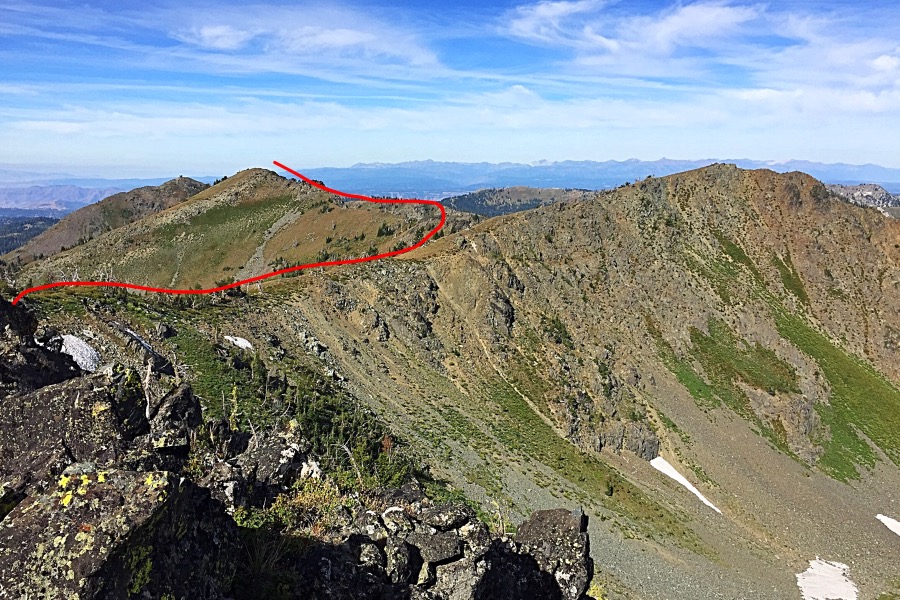 Looking back from the summit on our route to Echols Benchmark. The point on the right side of this photo appears to be higher. On our return, we visited it. Our GPS receivers showed the same height. 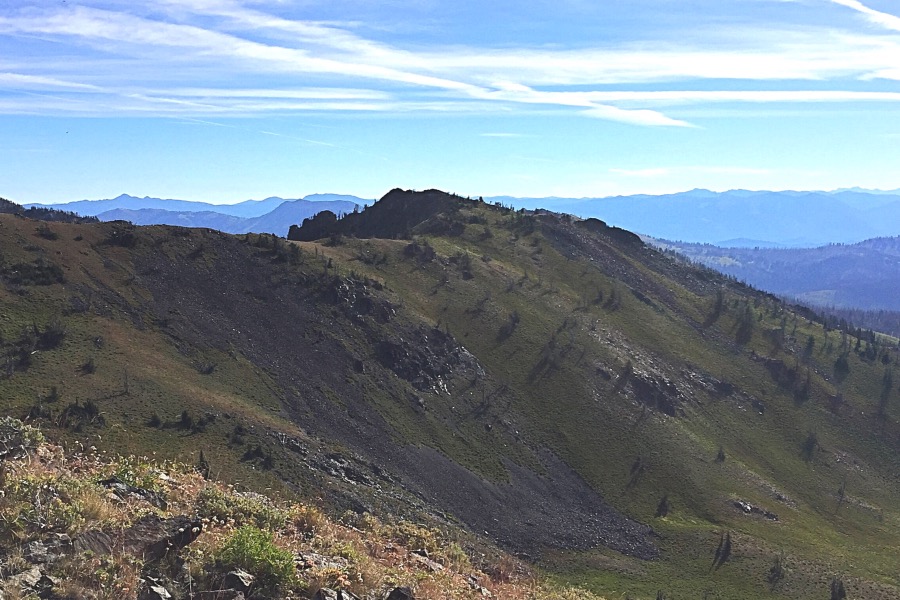 The point identified by Lists of John (LoJ) as the true summit.

As two of the summits appeared equal in height, we returned via the second high point. This point is a bit more rugged and drops down quickly to Black Creek Road. We decided to drop down to the road from the saddle between this point and Echols Benchmark No. 2. The descent was steep through lupine-covered slopes and proved uneventful. Class 2 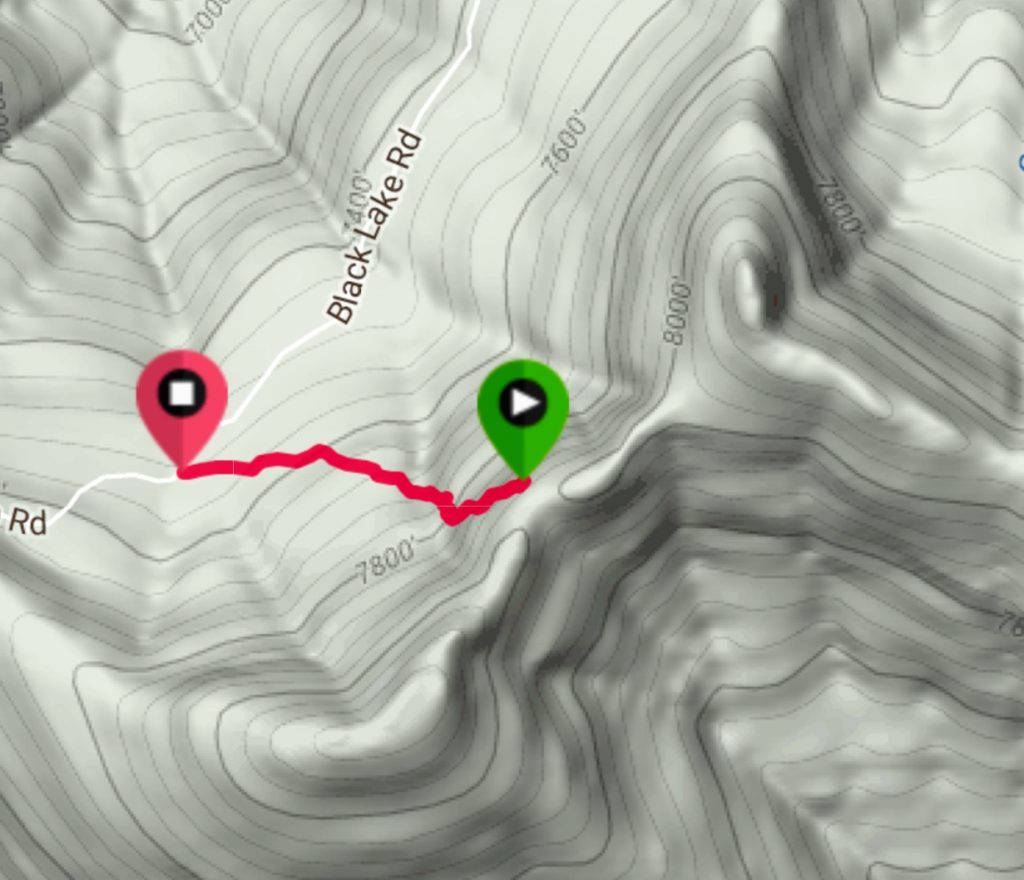 My GPS track for the descent. This line is climbable but not nearly as enjoyable. 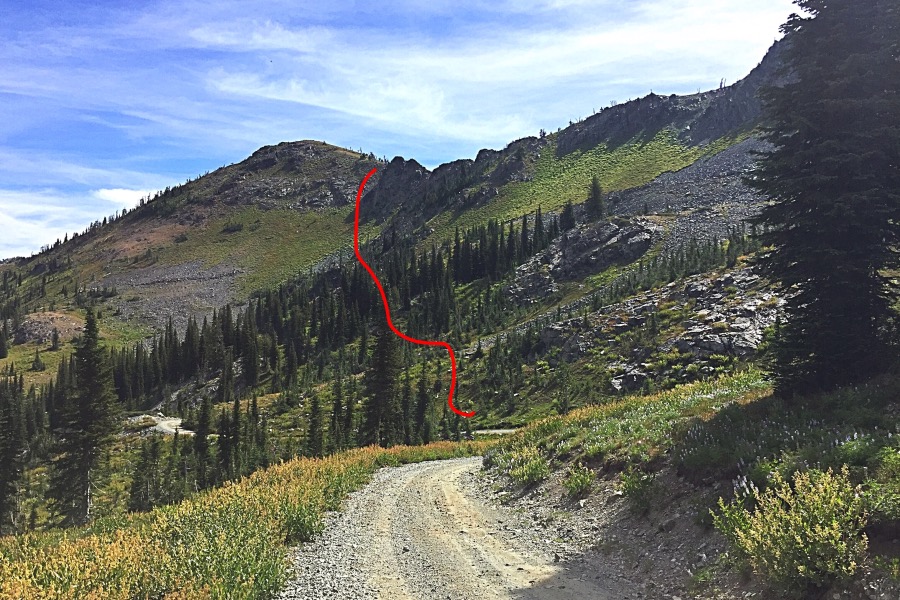 Our line of descent as viewed from the Black Lake Road.