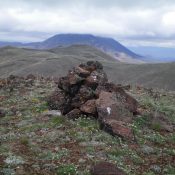 Peak 8297 North is one of two summits of exactly equal, measured heights. This is highly unusual, particularly given that the summits are over 1-1/2 miles apart via a twisting, turning, up-and-down ridge traverse. Thankfully, the terrain here is open scrub and goes relatively quickly. You must do each summit in order to bag this peak. The ridge traverse takes just under 40 minutes each way. The north summit alone is NOT ENOUGH. You must also do Peak 8297 South. Since the peaks are of equal height, you can claim TWO summits if you do the work. USGS Antelope Flat 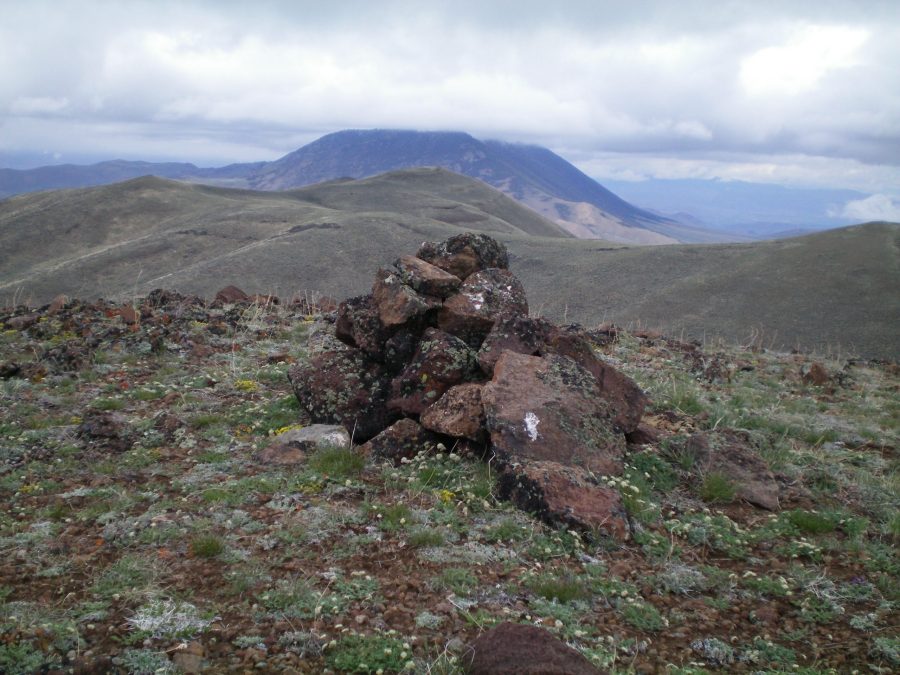 The summit cairn atop Peak 8297 South with Peak 8297 North in the background. Livingston Douglas Photo

From the 8,100-foot saddle at the base of the north face of Peak 8297 South, pick up a good elk trail that skirts the west side of a couple of minor ridge humps to get past Point 8205. Scramble west across the easy, open ridge to reach a final hump (8200+). Descend north to another saddle [Note: you can skirt this final hump, at least a little, by using an elk trail on the hump’s east side].