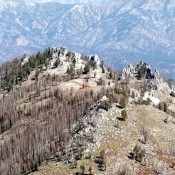 This interesting and unnamed Trinity Mountains summit sits just east of Fiddlers Perch and north of Trinity Mountain. I have not climbed the peak, but it looks to be an easy climb, until you reach the summit area (which is festooned with towers), from FST-174. FST-174 runs between Trinity Lakes and Big Lookout Lake, crossing a saddle on the peak’s West Flank in the process. Jon Fredland reports that the high point can be reached via a Class 3 climb on its “backside.” Access the trail from the Trinity Mountain Road [(E)(2.2) on Page 155]. USGS Trinity Mountain 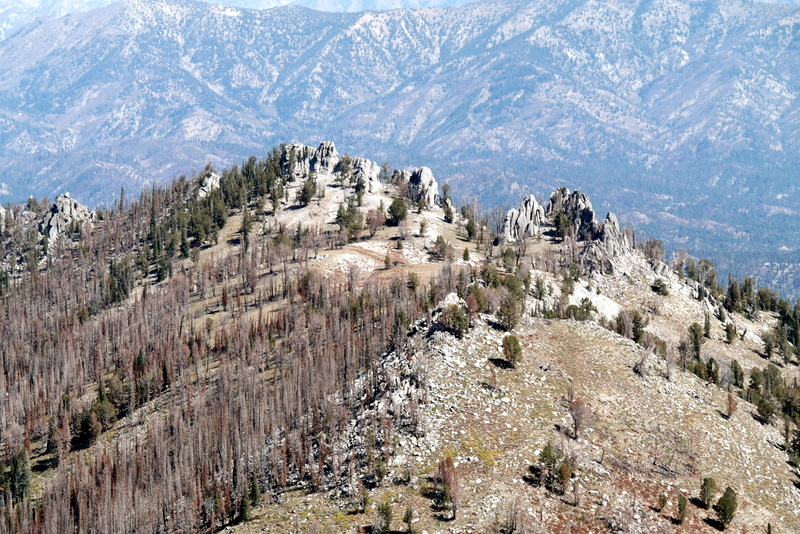 Though it is several hundred feet shorter than its neighbors, Peak 8889 is interesting because it is covered with many granite towers of varying sizes. 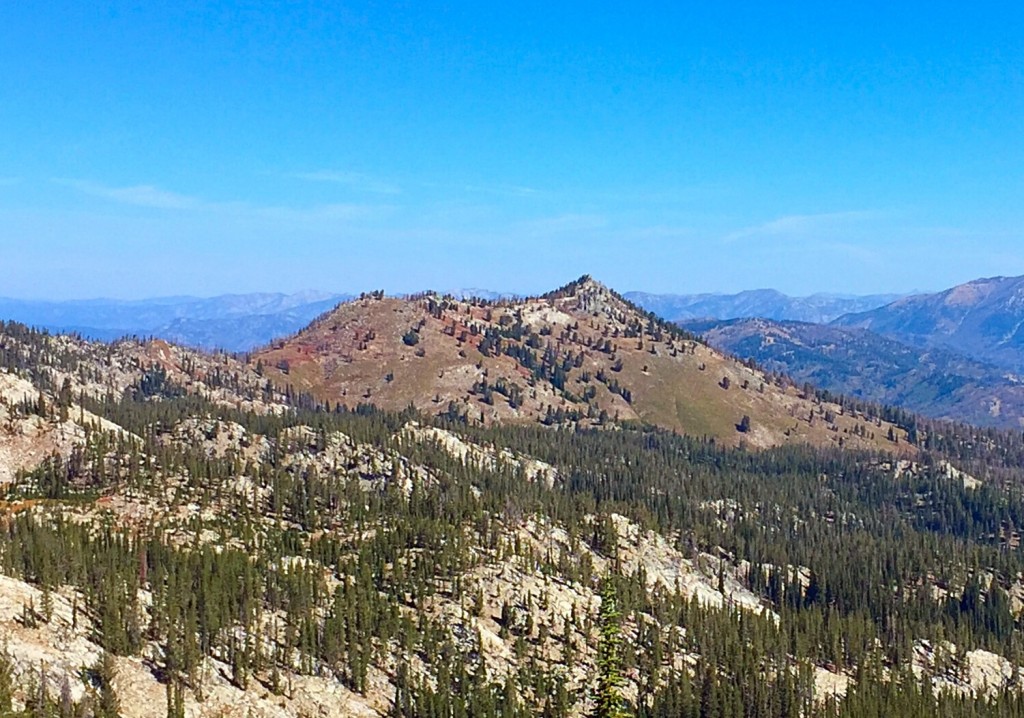