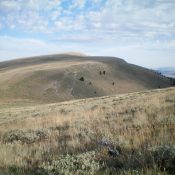 Peak 8961 is the second of four unnamed peaks located on the east side of Divide Creek and east of the Continental Divide. The peaks are Peak 8363, Peak 8961, Peak 9161, and Peak 9255. They are all ranked summits and are part of a four-peak adventure that covers 12.5 miles with 3,300 feet of elevation gain. USGS Deadman Lake 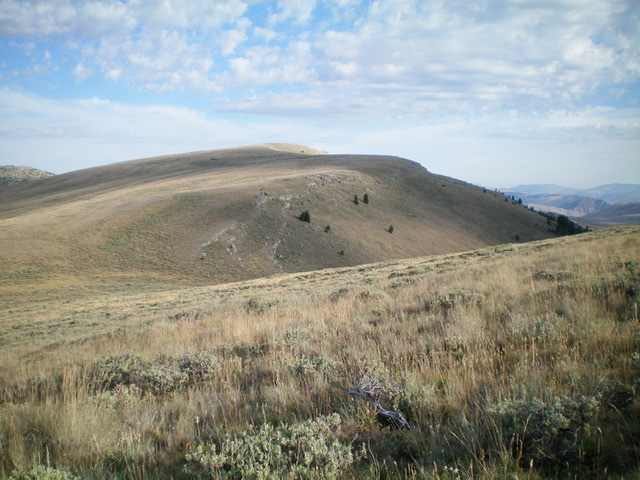 Peak 8961 as viewed from the south. Livingston Douglas Photo

Same as for Peak 8363. This is the second leg of a four-peak journey that begins at the Divide Creek trailhead.

From the 8,020-foot connecting saddle with Peak 8363, scramble south through thick sagebrush to reach the pine forest. There is no well-defined ridgeline here and the blowdown is a bit more tedious than on Peak 8363. Once above tree line, the ridge is better defined and includes a few minor outcrops and short scrub. There is modest cairn on the open summit. 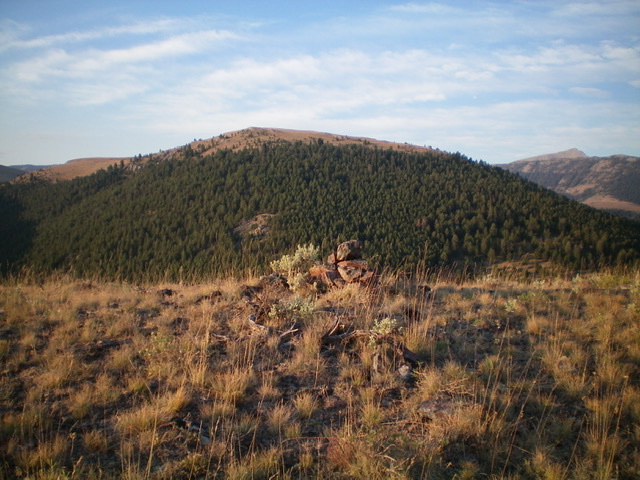 Peak 8961 as viewed from the north. Its north side is quite forested. Livingston Douglas Photo 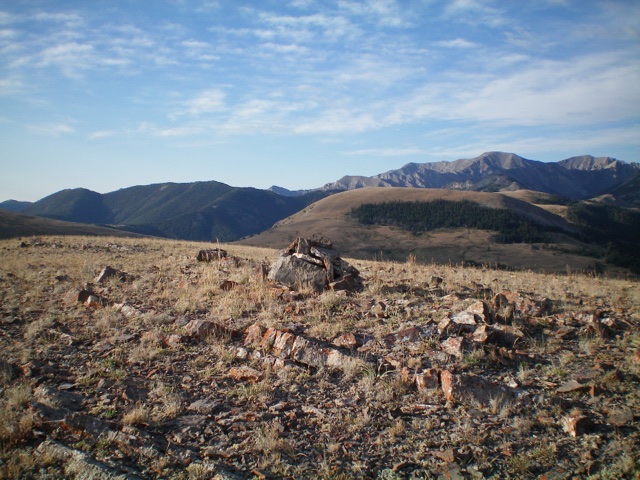 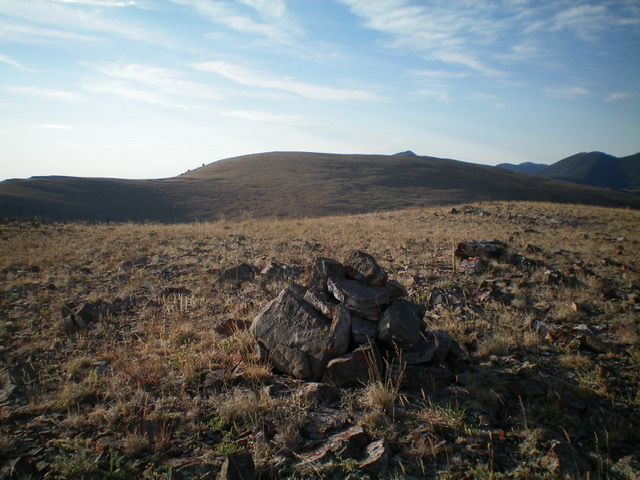 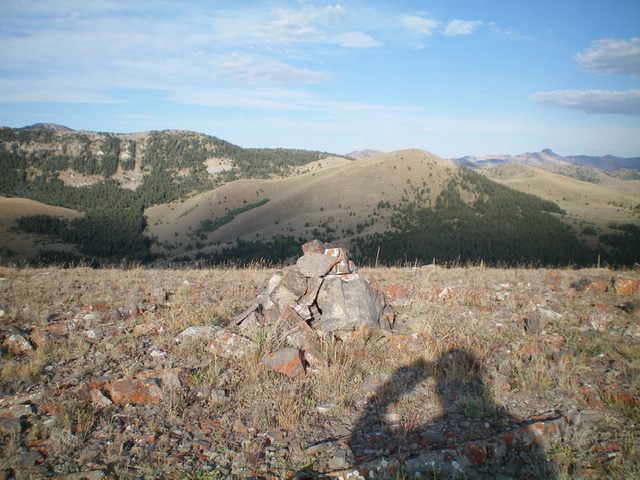 The nice summit cairn atop Peak 8961. Pardon my shadow in the early-morning sun. Livingston Douglas Photo

From the summit, descend south then east (briefly) then south to reach the 8,561-foot connecting saddle with Peak 9161. The terrain on this descent is easy, short scrub. Visibility is fantastic as the terrain is completely open. This concludes the second leg of today’s four-peak journey. Peak 9161 is up next.