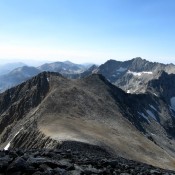 This peak is not in the book. Judi Steciak and Carl Hamke provided the following route information. See their article on the Missing Eleveners in the Climbing History Section of this site.

Recess Peak is located south of The Fin and is accessed via Copper Basin. There is no easy access to this summit. Use the links below to read about Rick Baugher’s first ascent and Pat McGrane’s 2016 ascent. USGS Standhope Peak 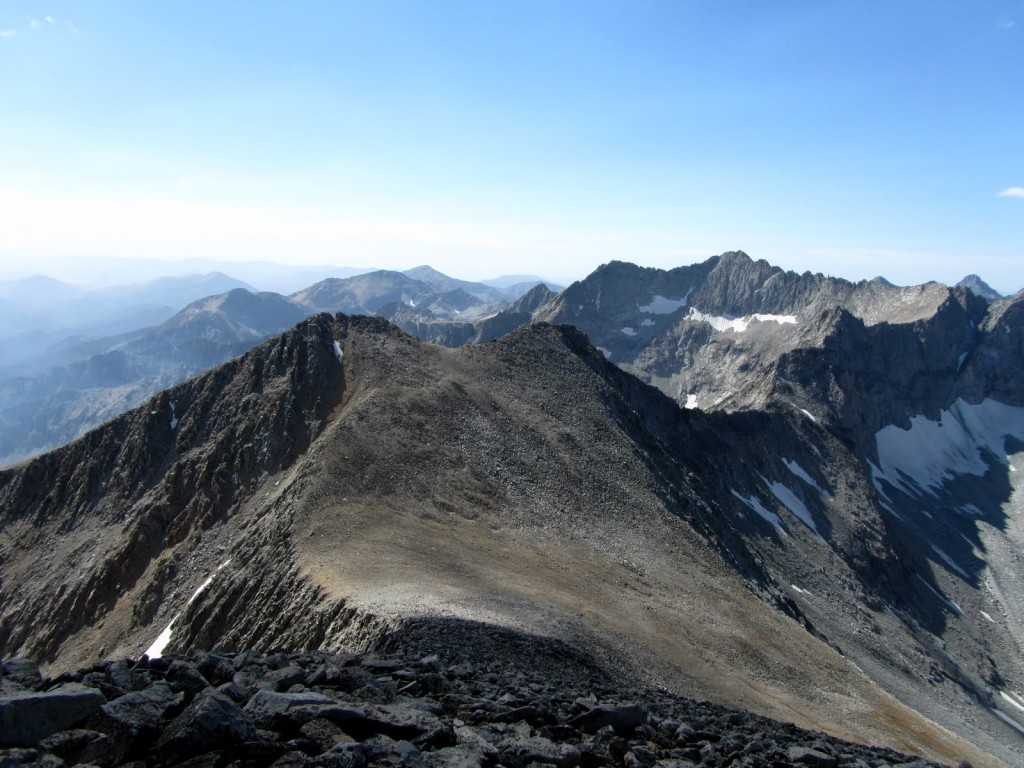 Recess Peak as viewed from The Fin. George Reinier Photo

Recess Peak is a half-mile south along the ridge from The Fin.  From the end of the trail in Upper Fall Creek [(C)(2)(a.3) on Page 260], work your way up to the saddle between the two peaks.  Follow the North Ridge southward up the crest and head east to the tiny summit. Rick Baugher reached the summit with no signs of prior ascent on September 1, 2006. 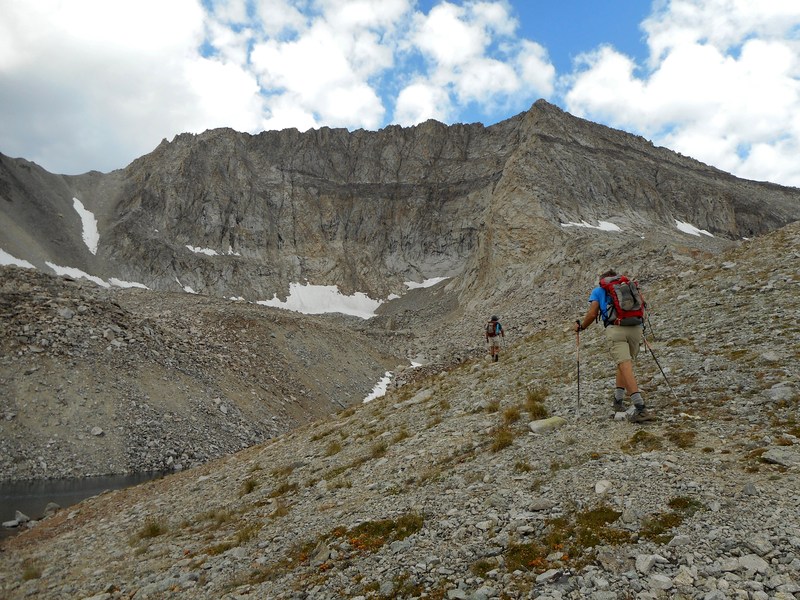 Ascending toward the the col between Recess Peak and The Fin. The Fin is directly above the climbers. Recess Peak is not pictured but is to the left of The Fin. Pat McGrane Photo