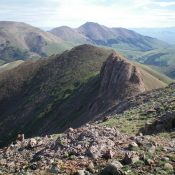 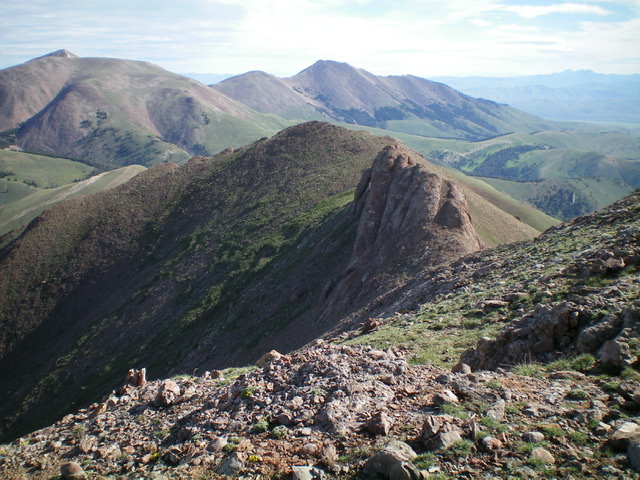 Divide Benchmark (gentle hump left of center) as viewed from Red Conglomerate Peaks South. The rocky outcrop just to the right of it must be skirted to keep this ridge traverse at Class 2. Livingston Douglas Photo

Same as for Cobble Mountain. This is the third leg of a four-peak journey.

From the 9,260-foot connecting saddle with Knob Mountain, scramble northwest up scrub then a rocky ridge/slope of scree and rocky ledges (full-on Class 2) to reach the top of Divide Benchmark. I could not locate the benchmark but there is a large cairn and triangulation posts on the summit.

From the summit, descend the ridge south to a minor saddle on easy, open terrain (broken scree) to reach an imposing block/outcrop that is in the middle of the ridge. Skirt the right/north side of this obstruction by dropping on angled, loose scree to about 10,000 feet at the base of the massive block and returning to the ridge crest immediately after passing the block. You are now at the second of two saddles and are at the base of the north ridge of Red Conglomerate Peaks South. This connecting saddle is at 10,060 feet. This concludes the third leg of today’s journey. A climb of Red Conglomerate Peaks South is up next. 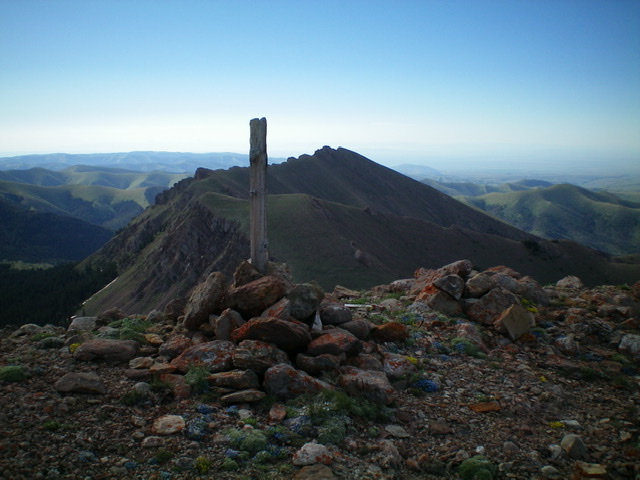