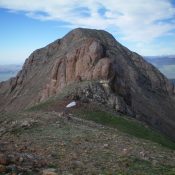 Climbing and access information for this peak is on Pages 327-328 of the book. Published November 2020 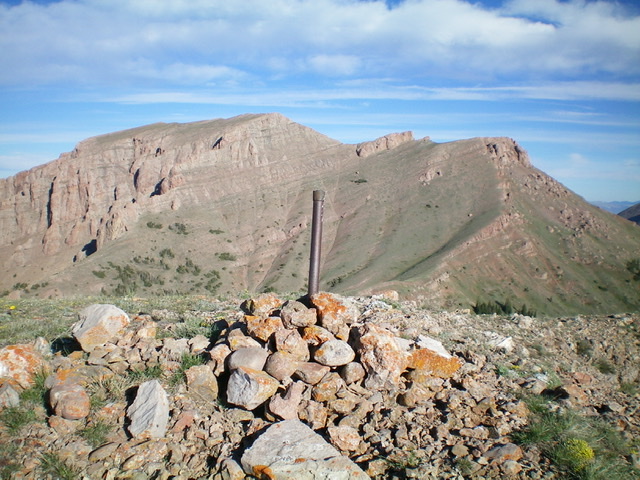 Red Conglomerate Peaks South (left) and Divide Benchmark (right) as viewed from the summit of Knob Mountain to its east. Livingston Douglas Photo

Same as for Cobble Mountain. This is the final leg of a four-peak journey. 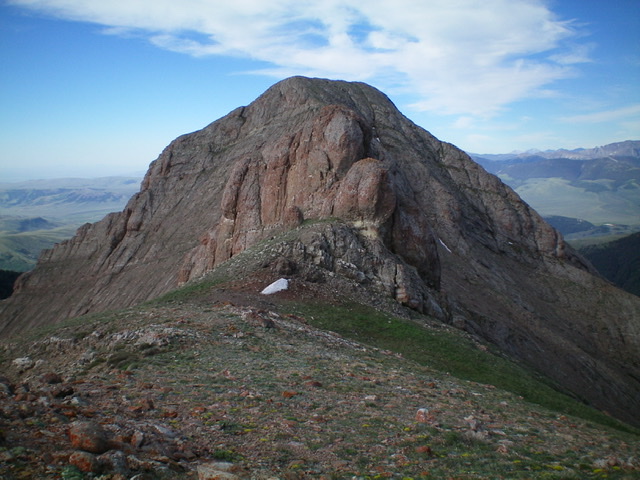 From the 10,060-foot connecting saddle with Red Conglomerate Peaks North, scramble north up the Class 3 ridge crest of Red Conglomerate Peaks South. Stay on the ridge crest to keep this at Class 3. Take care with your footing as the rock quality here is dubious. The summit high point sits back (south of) the first high point. The summit has a modest cairn on top and magnificent views in all directions. The exposure on the south face, southeast face, and northwest face is stunning. The contours on the USGS topo map make this climb look much worse than Class 3 but it’s not. 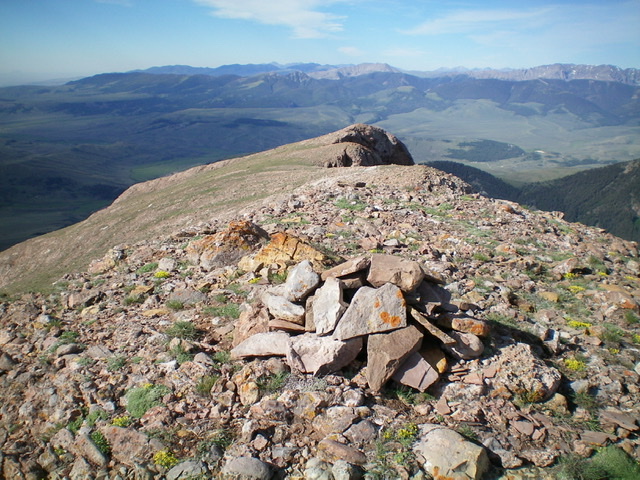 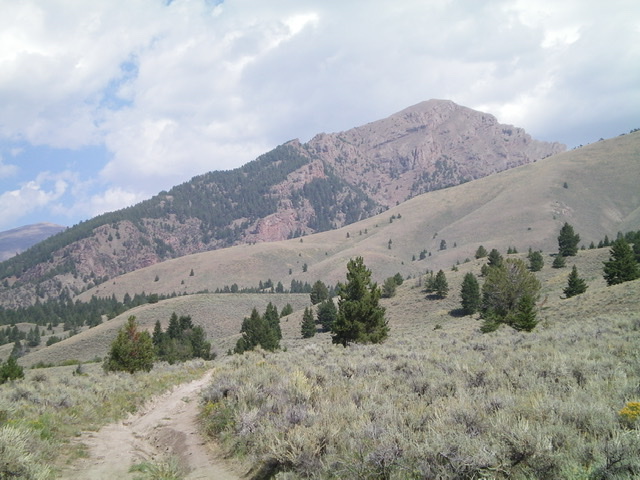