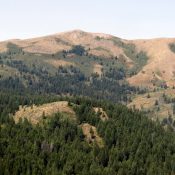 Rock Knoll sits south of Pocatello, approximately 5 miles southwest of Kinport Peak in the Bannock Range. This peak is most easily accessed from the east. USGS Pocatello South

From the Bannock Highway in Pocatello, take Gibson Jack Road west to where it ends at a large parking area. Use Gibson Jack Trail/FST-014 to access this peak in one of 2 ways. 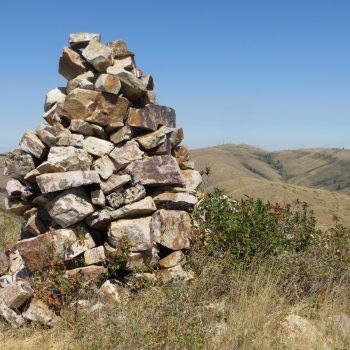 The summit of Rock Knoll with Kinport Peak in the distance. Steve Mandella Photo

Gibson Jack – Elk Meadows. Take the Gibson Jack Trail southwest and follow it until it ends at a jeep trail (FST-022) at Elk Meadows. Follow FST-022 to the southwest for approximately 0.25 miles until you find an old, revegetated (but still discernible) spur trail heading northwest toward the peak. Follow this spur, which parallels a fence line, as it continues above tree line. Cross the fence and continue to the summit, hiking on a short section of stable talus (approximately 4.7 miles one way).

Gibson Jack – East Ridge. Take the Gibson Jack Trail southwest and follow it until the East Ridge becomes accessible at around 5,740 feet. Hike off-trail and ascend the ridge as it heads to the west through low shrubs, grasses and rocks until the ridge turns south around 7,100 ft. Continue to the base of the summit block and climb on a short section of talus ledges to the top (approximately 4 miles one way). 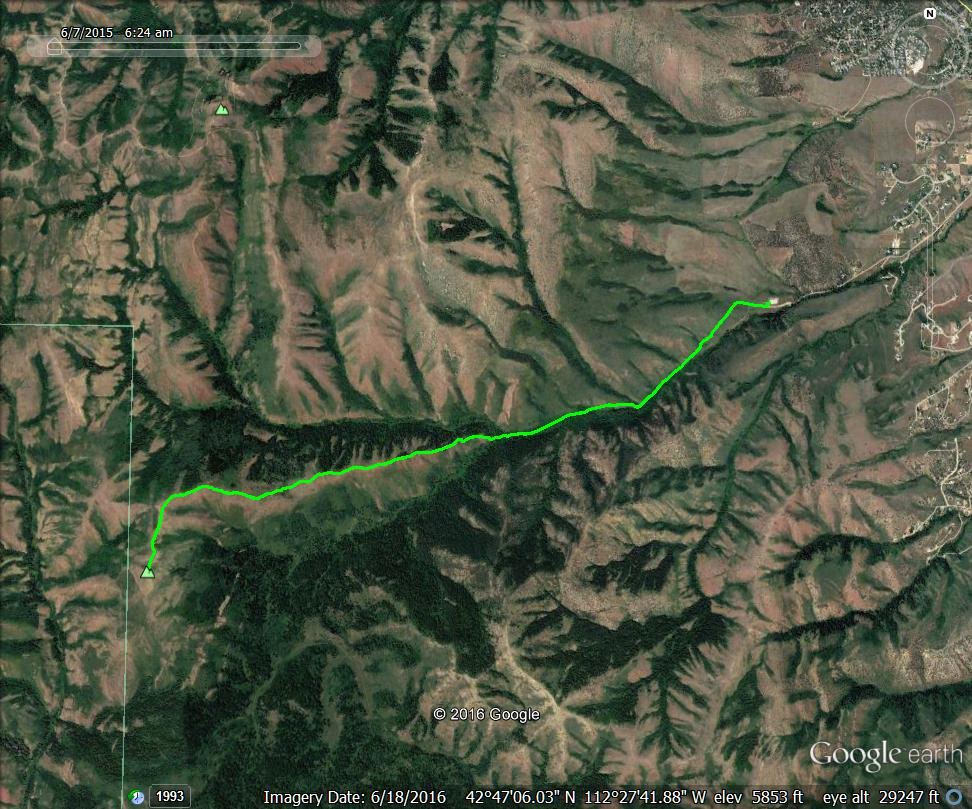 You can reach the summits of both Peak 7081 and Rock Knoll via a loop route that uses Peak 7081’s ascent route and the Rock Knoll’s Gibson Jack – East Ridge Route for the descent.