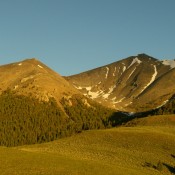 Climbing and access information for this peak is on Page 264 of the book. Matt Durrant supplied the additional information and East Ridge Route description found below. Livingston Douglas made the first recorded descent of the peak’s Southwest Ridge in 2016. His route is found at this link: Southwest Ridge, Shelly Mountain by Livingston Douglas. Derek Percoski located a new West Side Route which provides the shortest access to Shelly Peak: Shelly Mountain West Side Access

Shelly Mountain is most often climbed with neighboring Redbird Mountain, but can be climbed in combination with all the range’s 11ers. Even as a climb by itself, Shelly Mountain is enjoyable and rewarding. Most of the routes to the summit of Shelly Mountain are strenuous Class 2 climbs with 3,000-4,000 feet of elevation gain from base to summit.

The mountain’s rock conditions range from slippery, loose scree to solid blocks in places. Shelly Mountain is off the beaten path and is frequently overlooked, as is the entire White Knob Range. The main reason for this is that two of the most popular ranges in Idaho lie on either side of it. Everyone sees Shelly Mountain from another mountain in the Lost Rivers or Pioneers, but few people actually climb it. Shelly Mountain has been climbed in Winter and probably offers some great backcountry skiing.

The view from the top of Shelly Mountain is stunning. The highest mountains in Idaho can be seen on every side, including all 9 of the Idaho 12ers and the remote Eastern Pioneers. On clear days, look for the Albion Range across the Snake River Plain to the south. Look to the north to see White Mountain and the North and South Twins of the Salmon River Mountains. Shelly Mountain is high, wild, and remote and should be on every Idaho peakbagger’s list. USGS Shelly Mountain 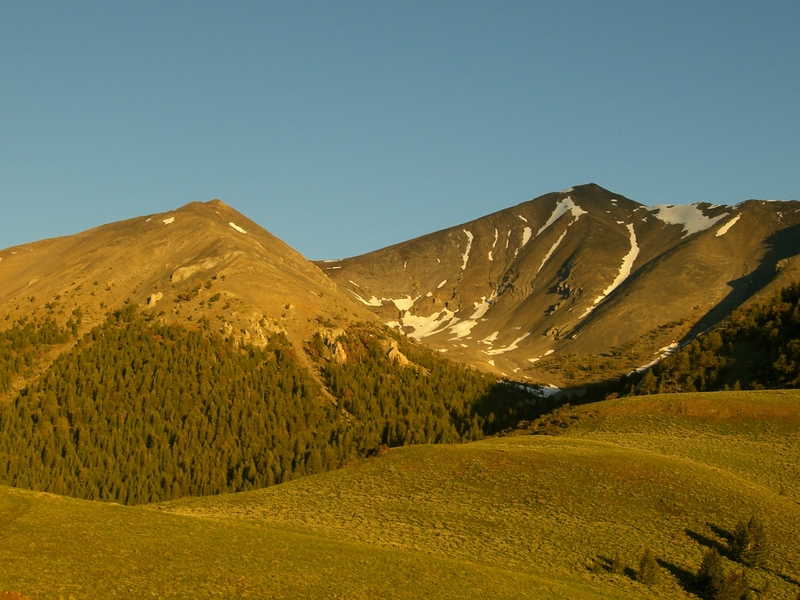 Even though the peak is quite remote, it is not hard to get to as long as you have a sturdy vehicle. All of the approaches are rough but nothing too gnarly. As long as you’ve got some decent ground clearance and 4WD, you’ll be fine.

The quickest approach to Shelly Mountain is from the East Side via Alder Creek Road and Sawmill Canyon. Follow US-93 north from Arco until you reach the microscopic community of Darlington. Turn left on Smith Road and follow it toward the hills to the west. Eventually it turns to the north and becomes Dove Road. Stay to the left/west at any road forks/junctions.

Just past a remote ranch house, Dove Road turns into Alder Creek Road and enters the Challis National Forest. From here, the road gets worse until it deteriorates to an ATV track leading to the 10,000-foot summit at the head of Stewart Canyon. Before the road reaches the intersection where it becomes the ATV track, find a signed turnoff for Sawmill Canyon. This road is narrow, steep, and rough. Park soon after you turn off and follow the road on foot.

The road splits eventually. At the split take the left fork, which heads up to a broad sage-covered ridge below Shelly Mountain’s East Face. Follow this ridge to the top, only dropping off to avoid the large rock towers higher up. Stay to the left and down off the top of the ridge to get past them. After the towers, work back to the ridge and walk to the summit. 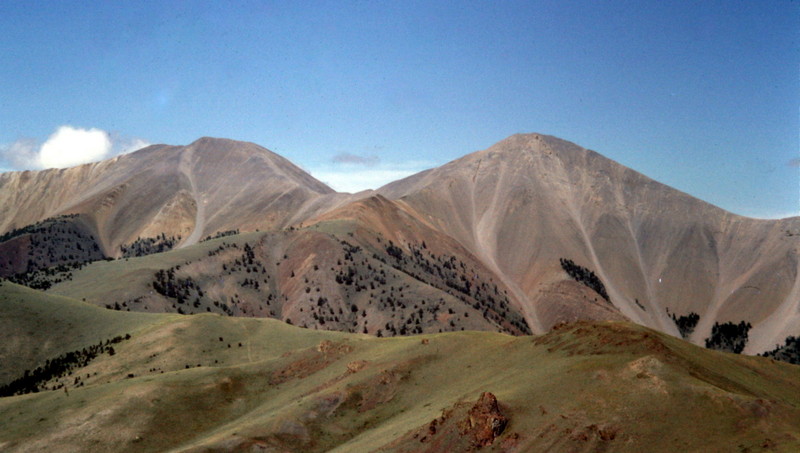 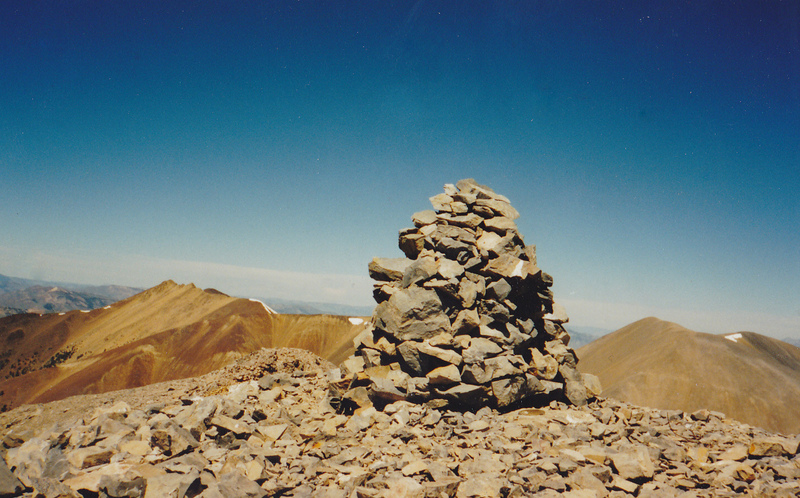