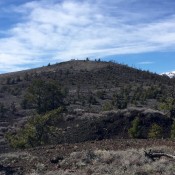 Silent Cone is located west of the Craters of the Moon Visitor Center and is best reached from the Spatter Cones parking lot. Follow the trail that leads to Big Craters and the viewpoint above the first crater. Shortly after this point, you can leave the trail and descend to the northwest down a sagebrush-covered slope to the lava field that sits between the crater and Silent Cone. The slopes leading from the lava flow to the summit are covered by sagebrush, pine and juniper trees. It is open in nature and easy to traverse. Please take care of this pristine environment and watch out for rattlesnakes. USGS Inferno Cone 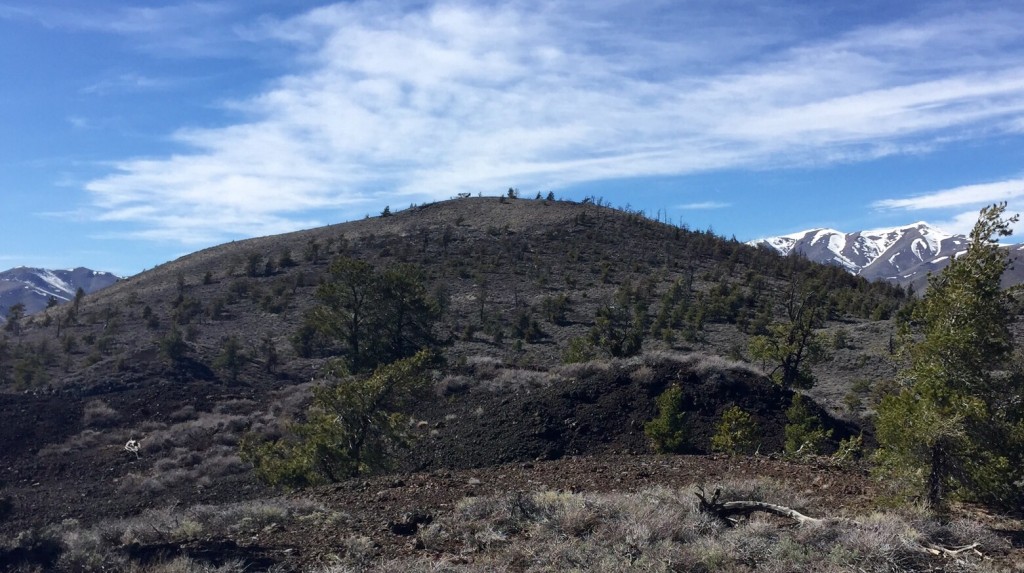 Silent Cone as viewed from the southwest

Same as for Big Craters. This is the final leg in a traverse from Big Craters to Silent Cone.

Silent Cone is a large hump located due west of Big Craters. Its north face is thickly forested and the summit has scattered trees on it. It is a short scramble from the North Crater Trail. From the connecting saddle with Big Craters (the North Crater Trail crosses this saddle), bushwhack southwest up a gully through dense vegetation and some downed timber to reach the northeast face. Scramble up the scrub on the face to reach the semi-open summit area of Silent Cone. The summit is a ridge crest with some scattered pines around. There was no summit cairn here so I built one and put a post in it. 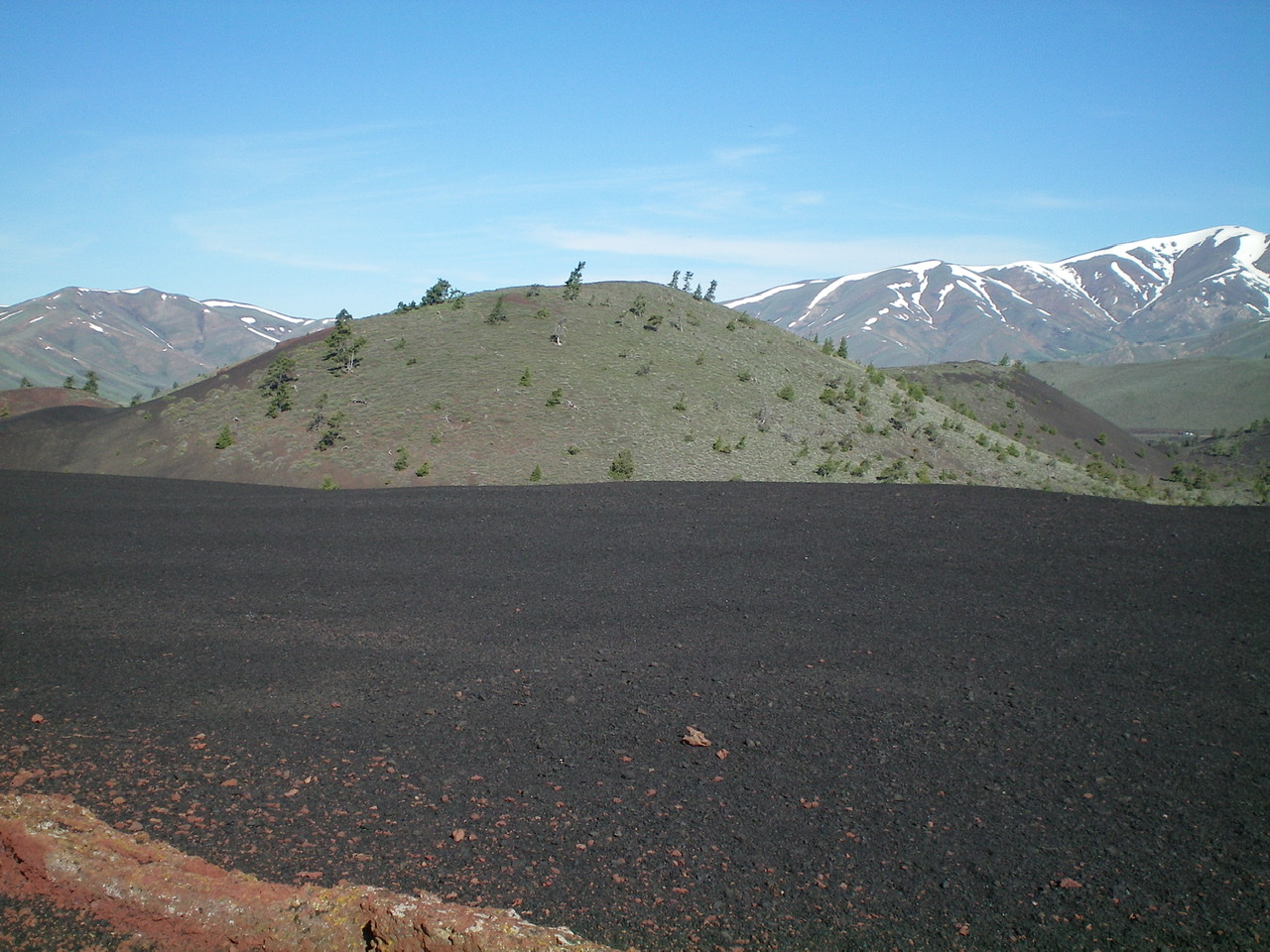 Silent Cone as viewed from the summit of Big Craters. Livingston Douglas Photo 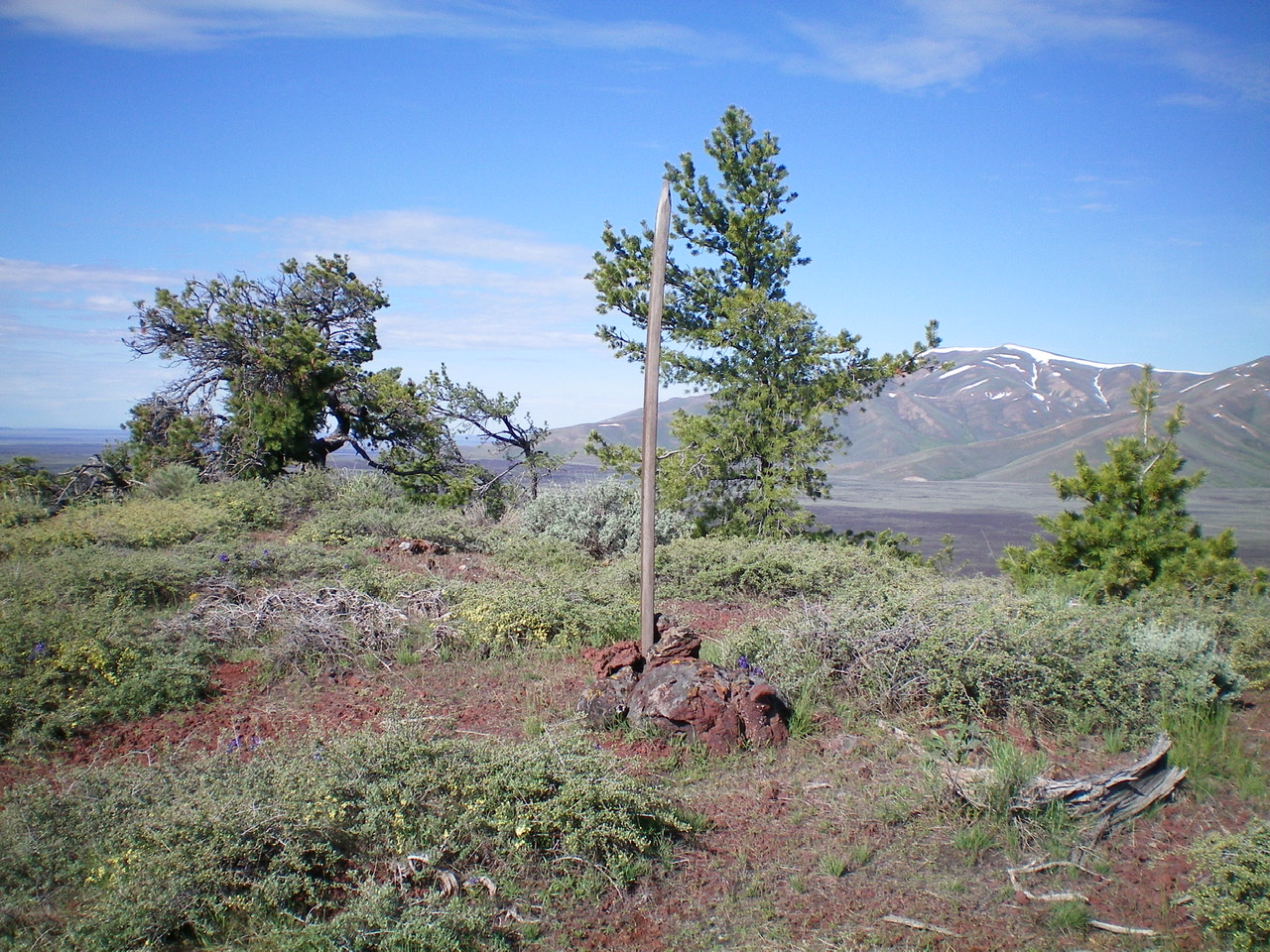