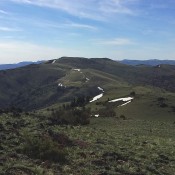 Toy Mountain is an intriguing summit located east of Toy Pass [A](3) on Pages 346-347]. It is the third summit with prominence located east of the pass. The other two summits are Peak 6302 and Peak 6497. Toy Mountain is the highest point in the Owyhee Mountains between the Silver City Range peaks and the Rough Mountain group of peaks farther east. The name Toy Mountain extends along a ridgeline that runs mostly north to south. The Alder Benchmark is the highest point on the ridge. USGS Triangle Reservoir 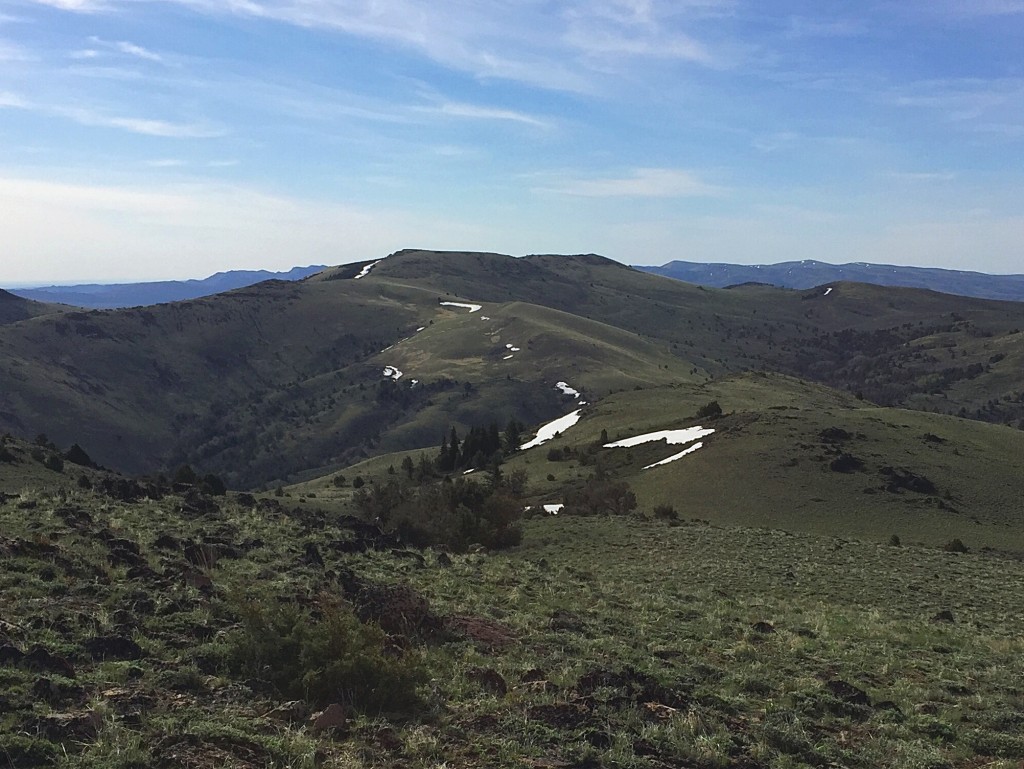 Toy Mountain as viewed from Peak 6497.

The directions in the book [A](3) Pages 346-347] will get you to Toy Pass, but I recommend using Google Maps as a more efficient method of navigation. The Bachman Grade (aka Triangle Road) is a wide, well-graded (albeit steep) road suitable for passenger cars when it is dry. The 4WD road is a 4WD road, passable to high-clearance vehicles only to the base of Peak 6302. The road would be a great ride on a mountain bike. 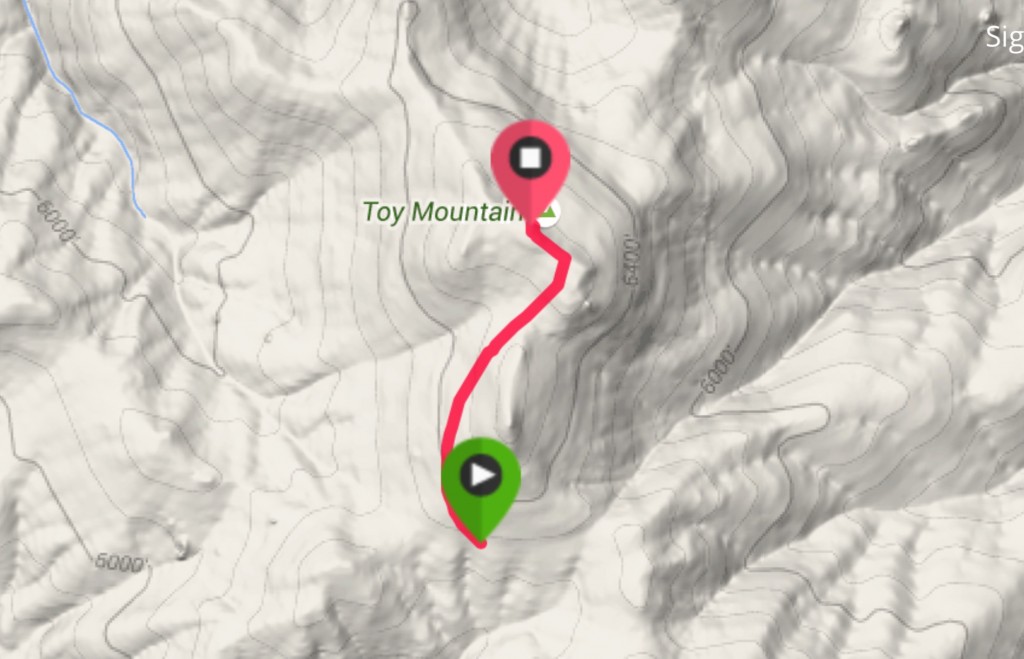 From the 4WD road on the south side of the peak, it is an easy 0.75 mile climb to the summit. 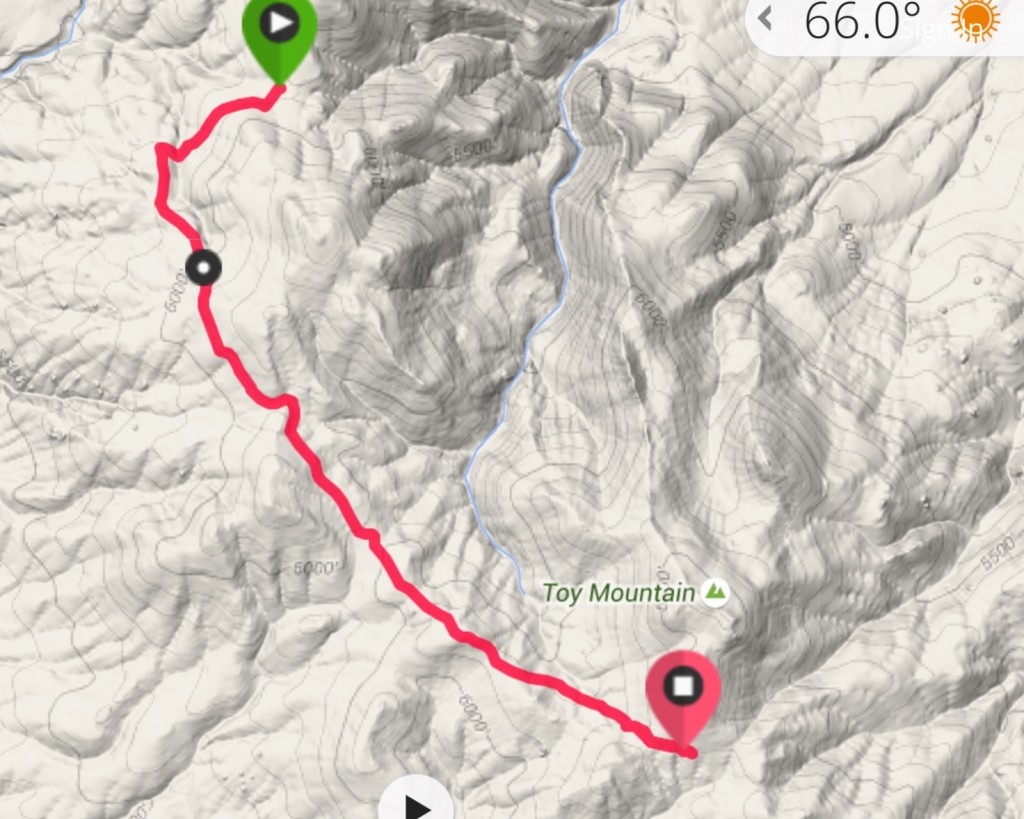 This shows my GPS track for the approach road from the base of Peak 6302 to the south side of Toy Mountain. The road has several steep, rocky pitches that necessitate a 4WD but otherwise is relatively tame. 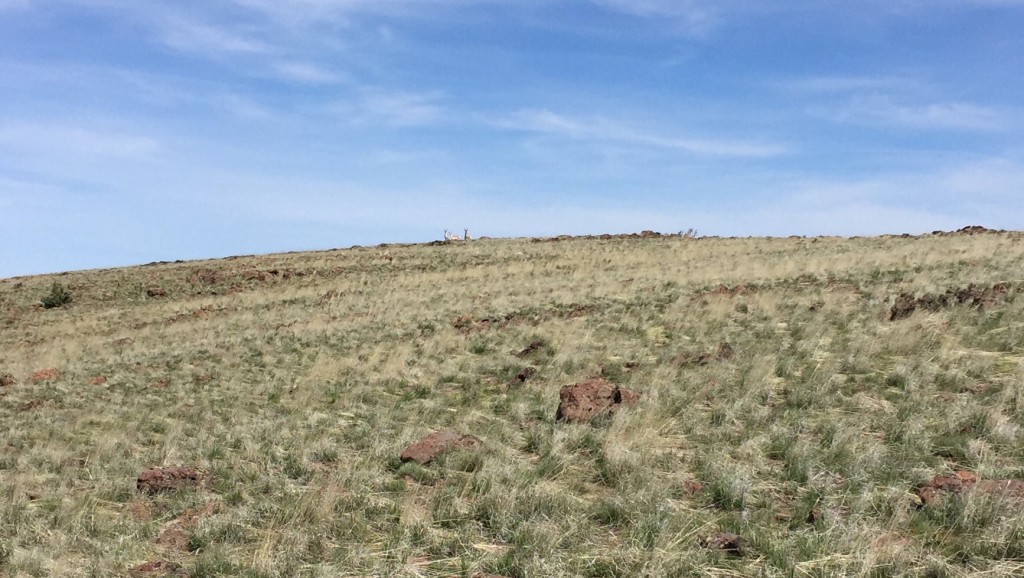 Pronghorn antelope on the summit of Toy Mountain. 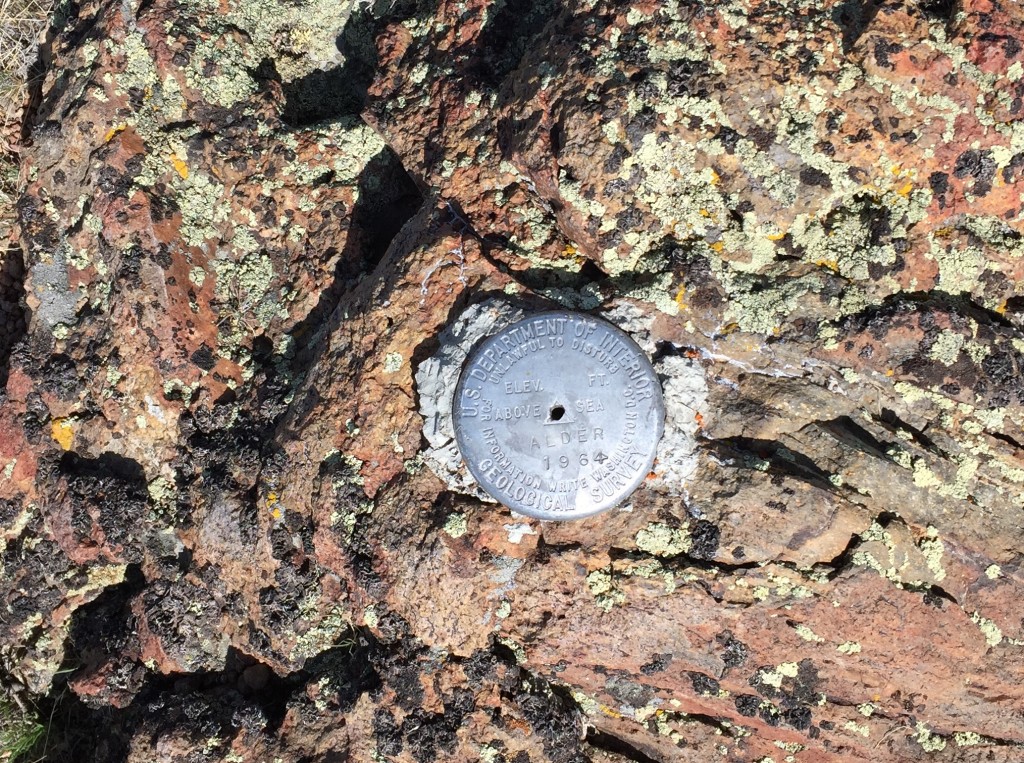 The Alder USGS benchmark on the summit.