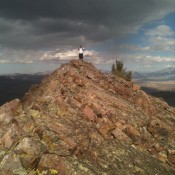 Climbing and access information for this peak is on Page 262 of the book. Updated October 2018

Wildhorse Peak is a ranked summit and provides one of the best viewpoints in Idaho. Its summit is perched at the East End of the White Knob Mountains. It is bordered to the south and east by the Pioneer Mountains. If this were not enough, the Lost River Range raises its lofty peaks to the east. Please note that the fire lookout is not the high point of this peak. USGS Harry Canyon 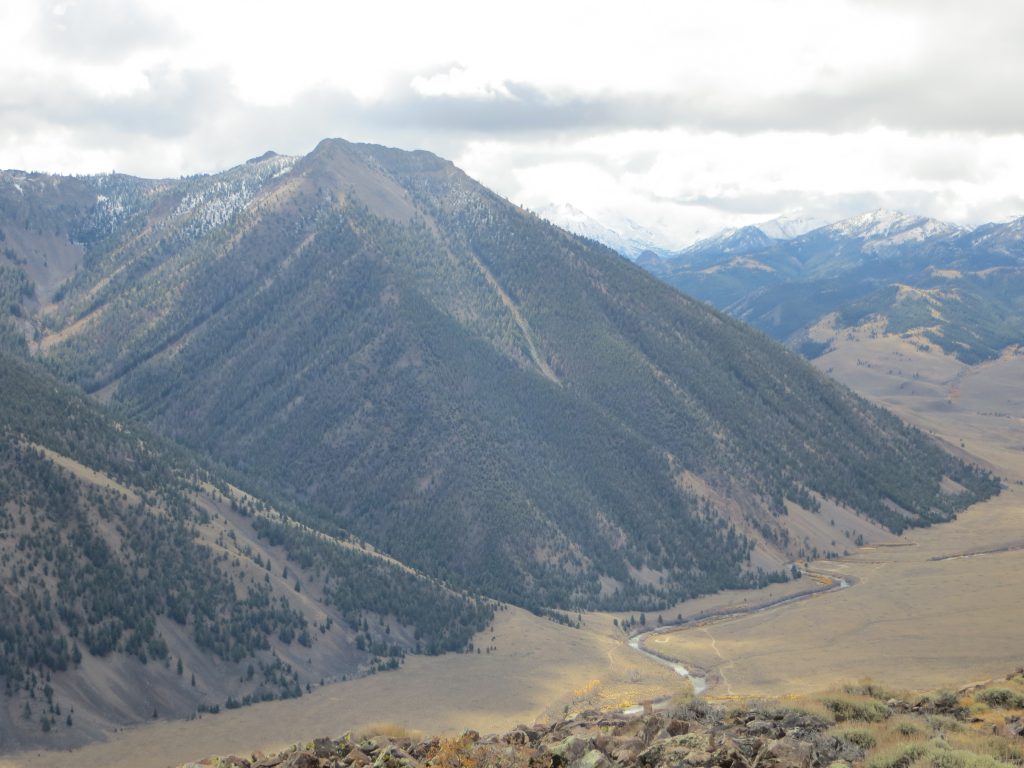 Most of the route follows a road/pack trail (Class 1) until the summit area where there is a little off-trail scrambling. The following photo essay follows the route to the summit. Livingston Douglas’ route description is found below. Farther below, Steve and Margo Mandella provided a track showing the false summit bypass and a few of the photos from their 2018 trip. 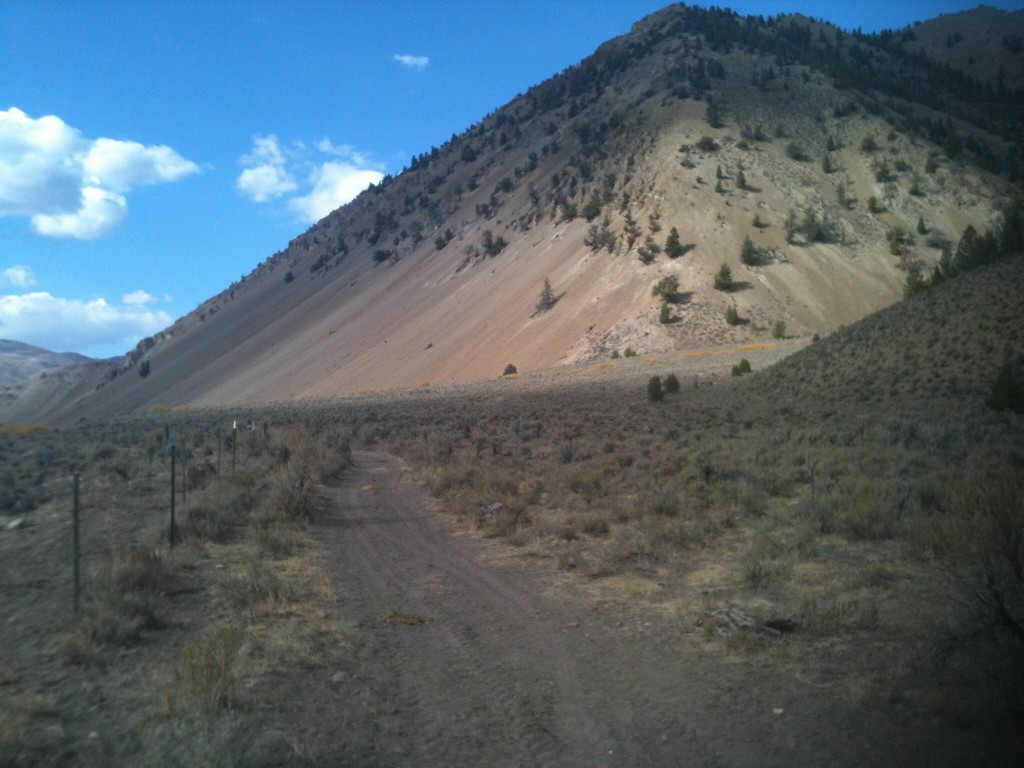 The route starts just after you cross the Big Lost River and follows this road toward the mountain. 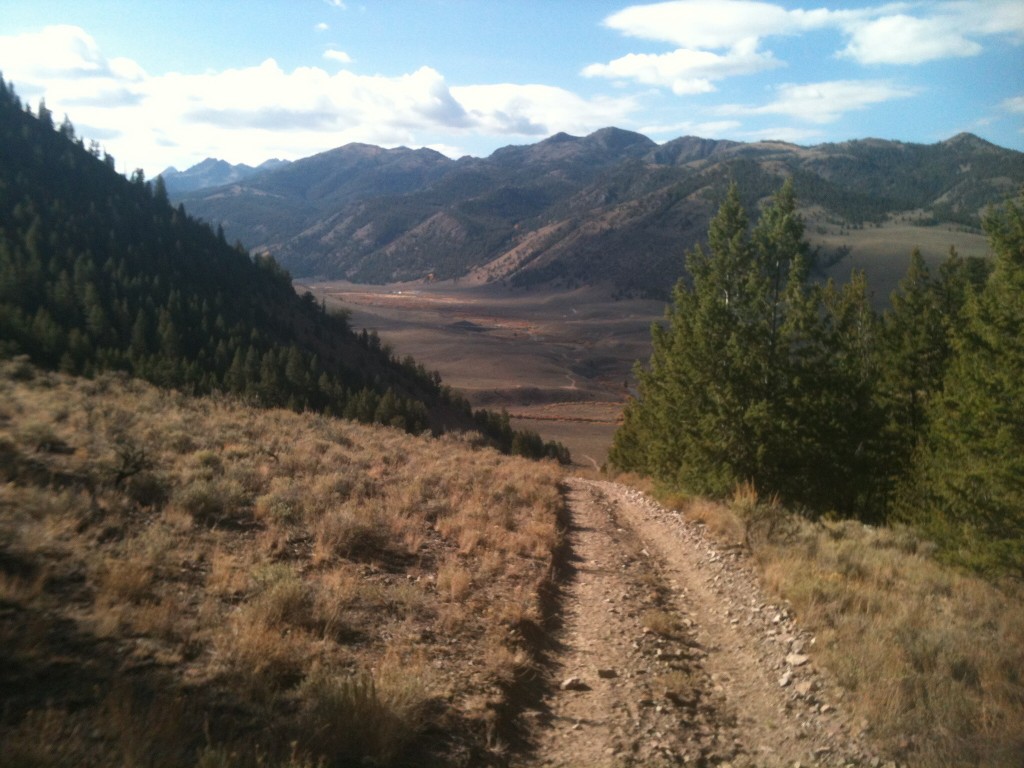 The road goes up quickly and the view just gets better with every step. 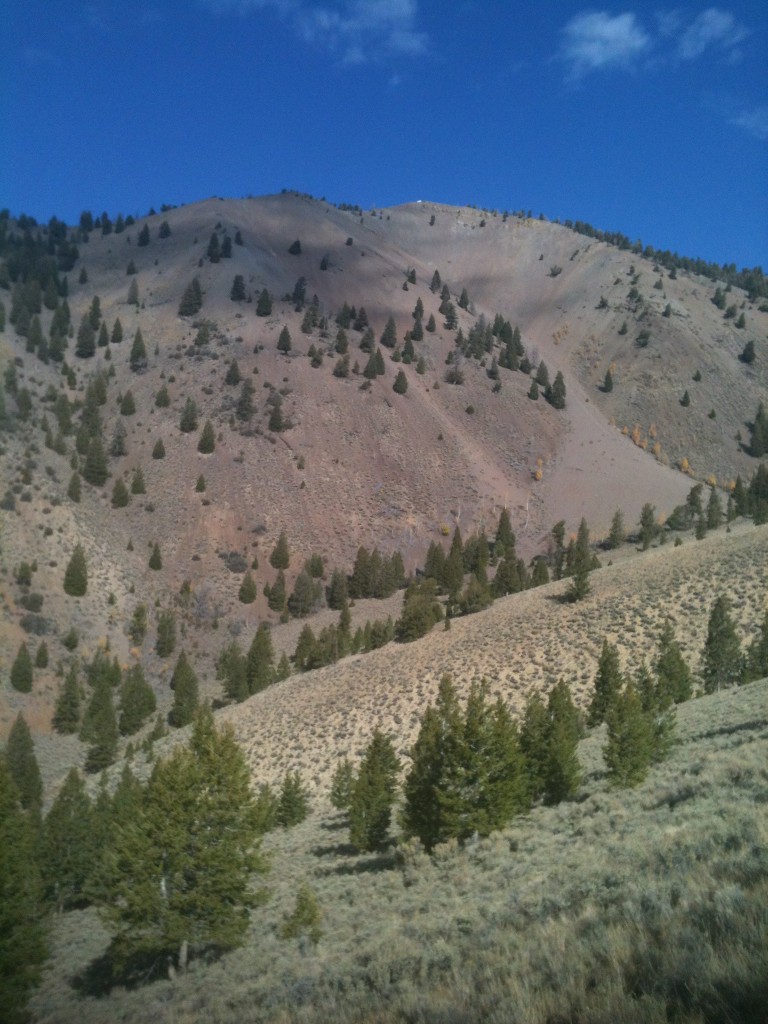 The first view of the lookout above. 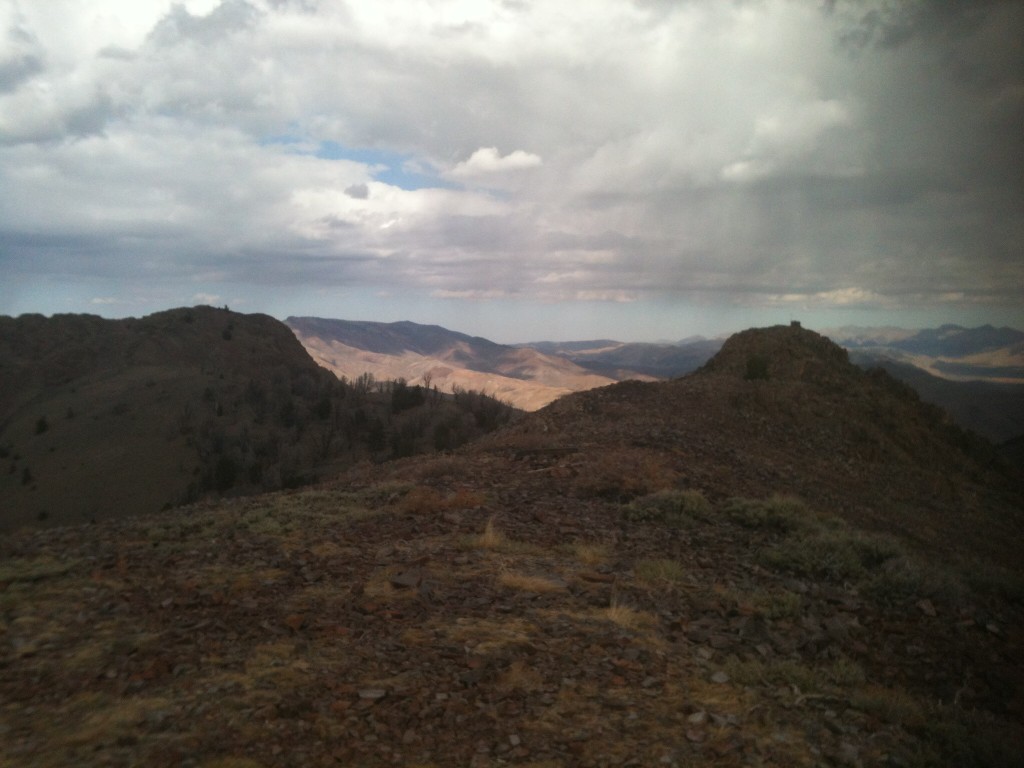 The peak’s summit area spreads out for acres. 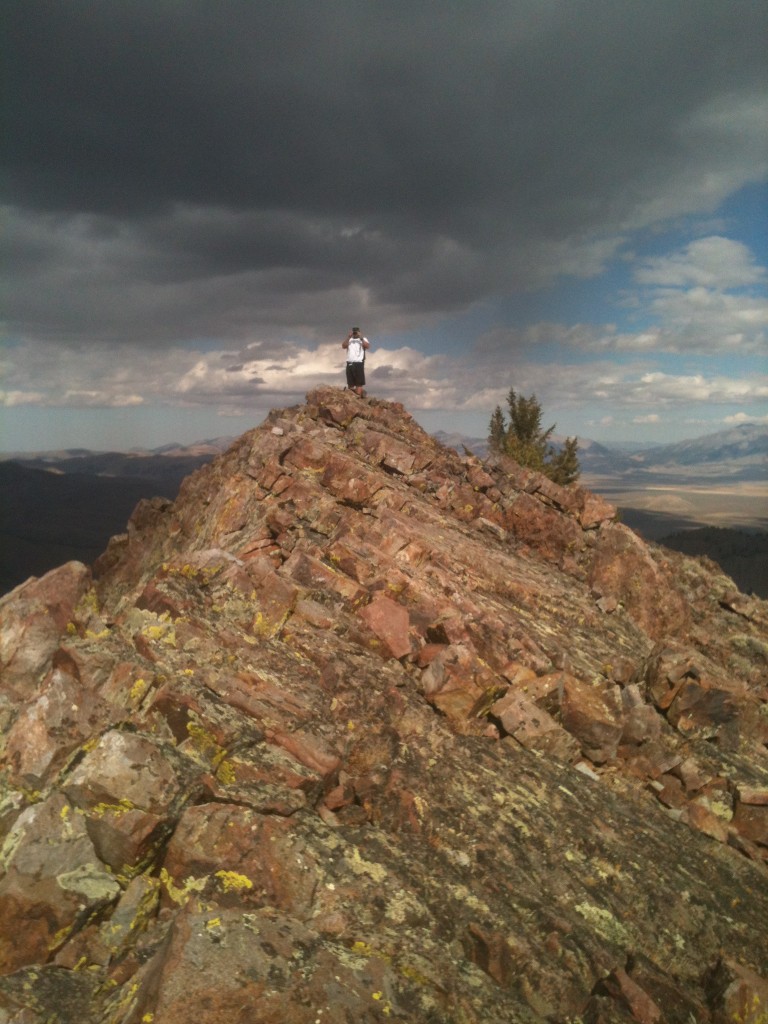 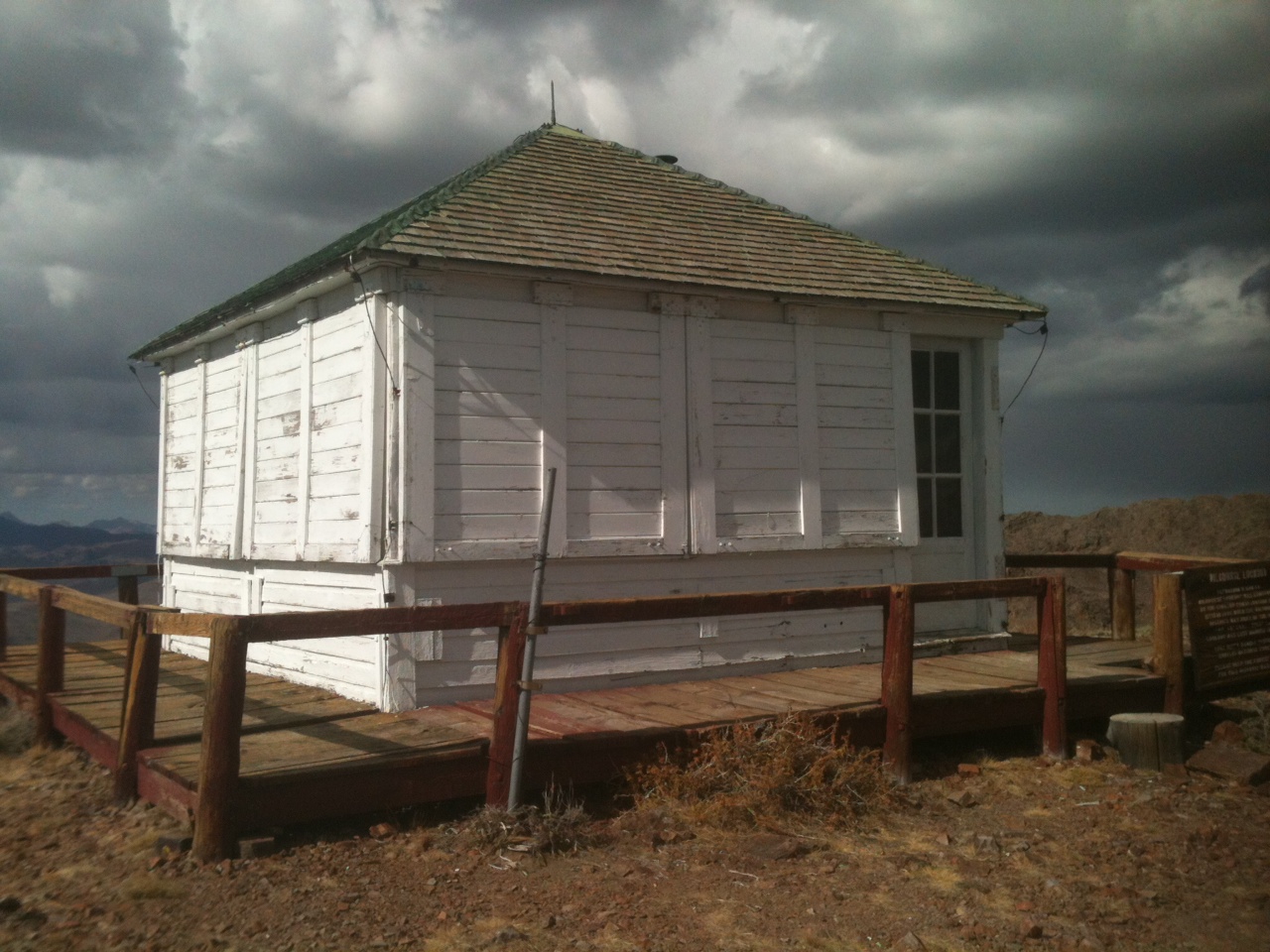 Hike up the Wildhorse Lookout Trail for 4.2 miles to the Wildhorse Fire Lookout (9,546 feet). The trail initially drops 40 feet to cross the raging East Fork Big Lost River on a solid footbridge suitable for ATVs. From the fire lookout, Wildhorse Peak lies 1/2 mile to the north and is separated by a choppy, rather tedious Class 2+ ridge with a saddle in between. This ridge traverse takes just under 20 minutes each way. The fire lookout is over 50 feet lower in elevation than the true summit.

There is no trail from the fire lookout to the true summit. From the fire lookout, scramble north along the ridge, skirting a small ridge point early on. Descend rocky terrain down to a saddle of sagebrush and blowdown (9,420 feet). Continue north then northwest, scrambling up choppy, rocky terrain (a mix of talus and boulders) to reach the small summit of Wildhorse Peak (9,602 feet).

Steve and I highly recommend hiking to, and checking out, both the historic lookout and the old weather (?) station before climbing to the Peak’s real summit. The lookout is open (the door has a hook/eye closure). It’s a good place for lunch or to shelter from a passing squall. However, save yourself some time and avoid re-ascending the choppy rocky terrain back to the lookout on your descent by bypassing the false summit. A mellow saddle behind the false summit lets you connect from the true summit to the main trail. If you are short on time in general, bypass the lookout/false summit entirely using the cutoff in both directions. 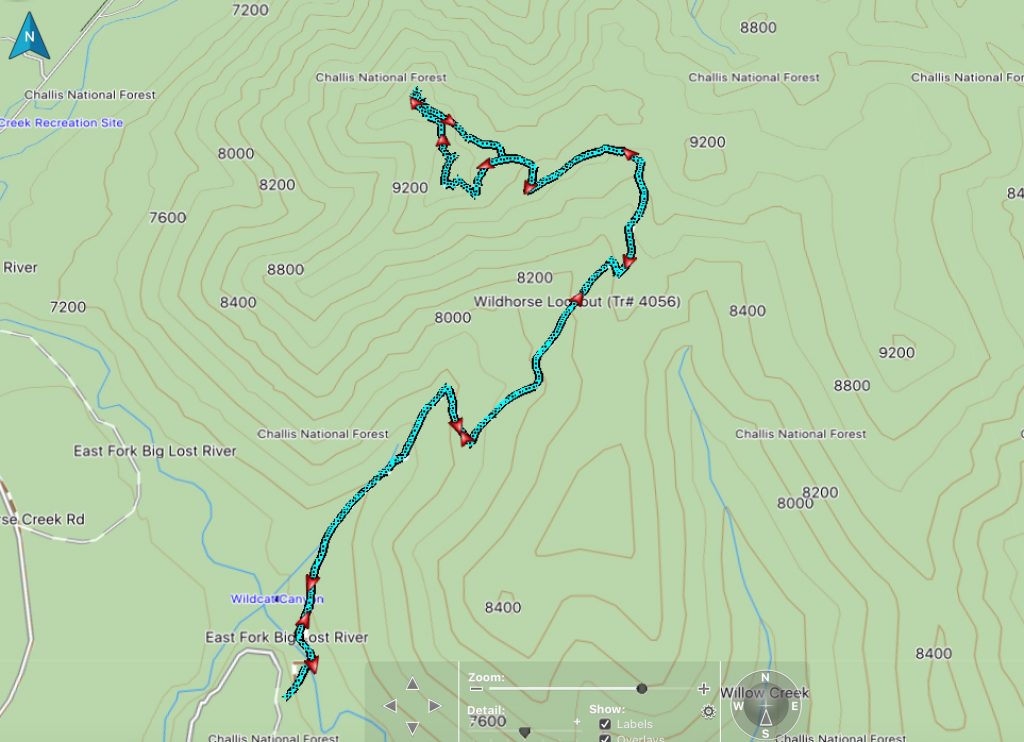 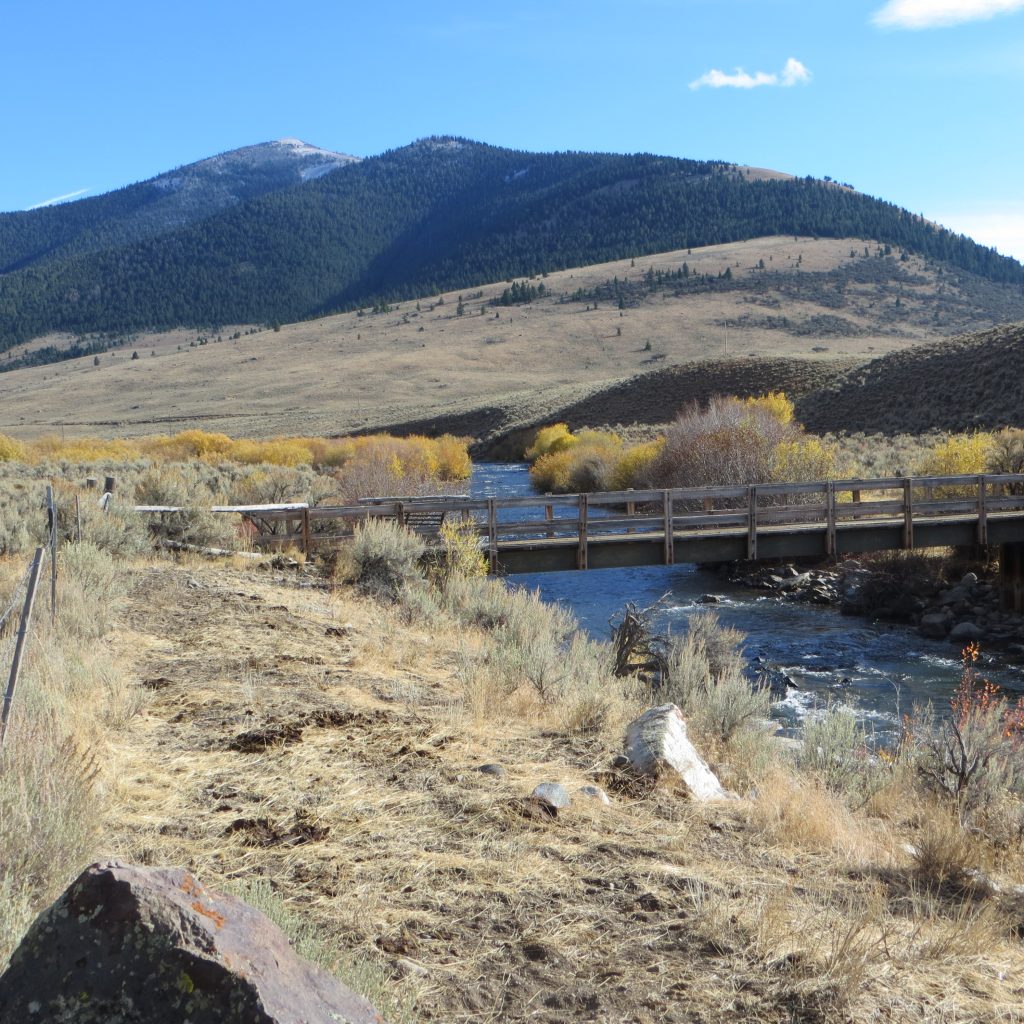 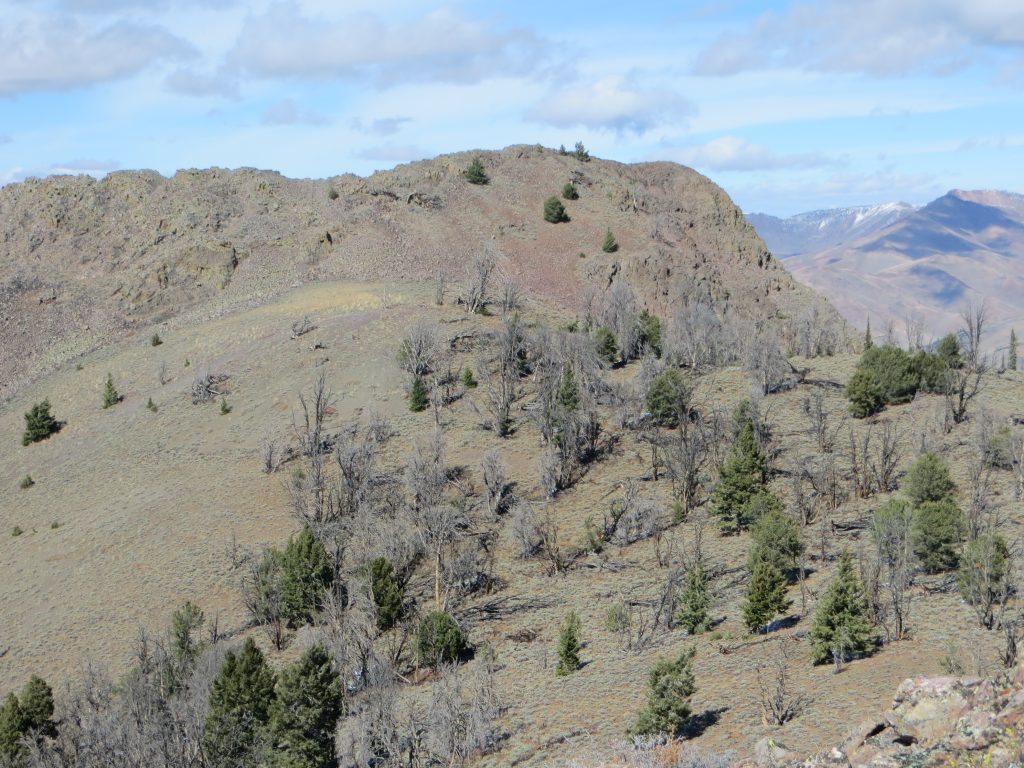 The true summit of Wildhorse Peak. Aim for the green trees for a direct ascent. Come back to the north of the false summit using the saddle to connect back to the main trail. Steve Mandella Photo 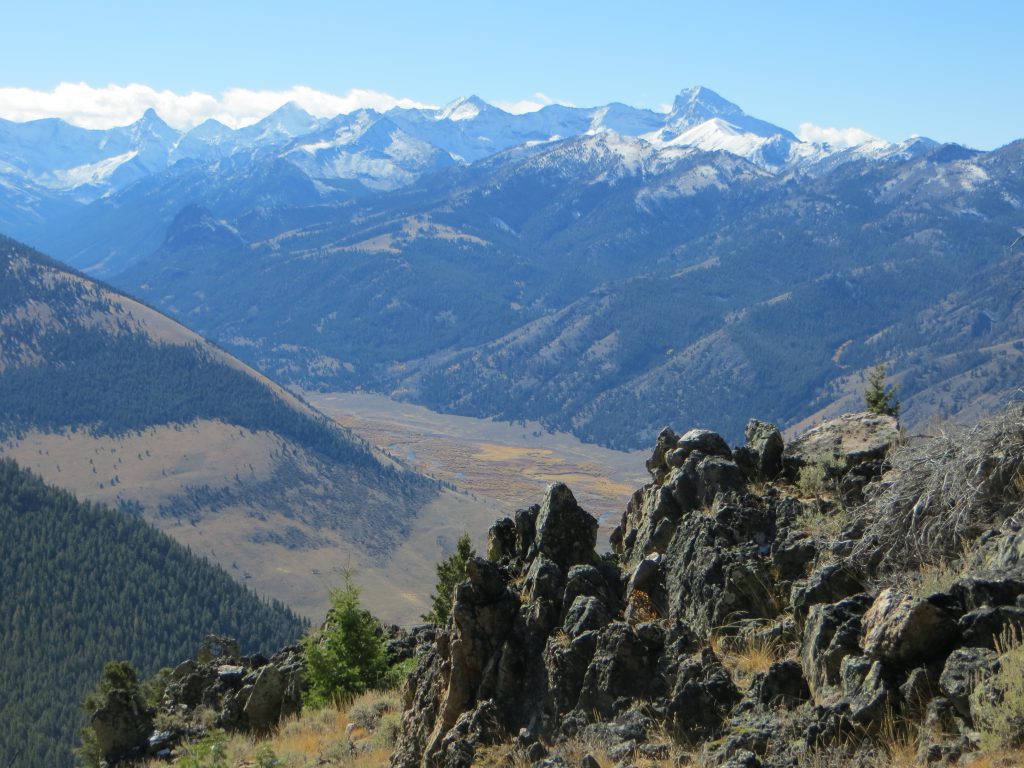 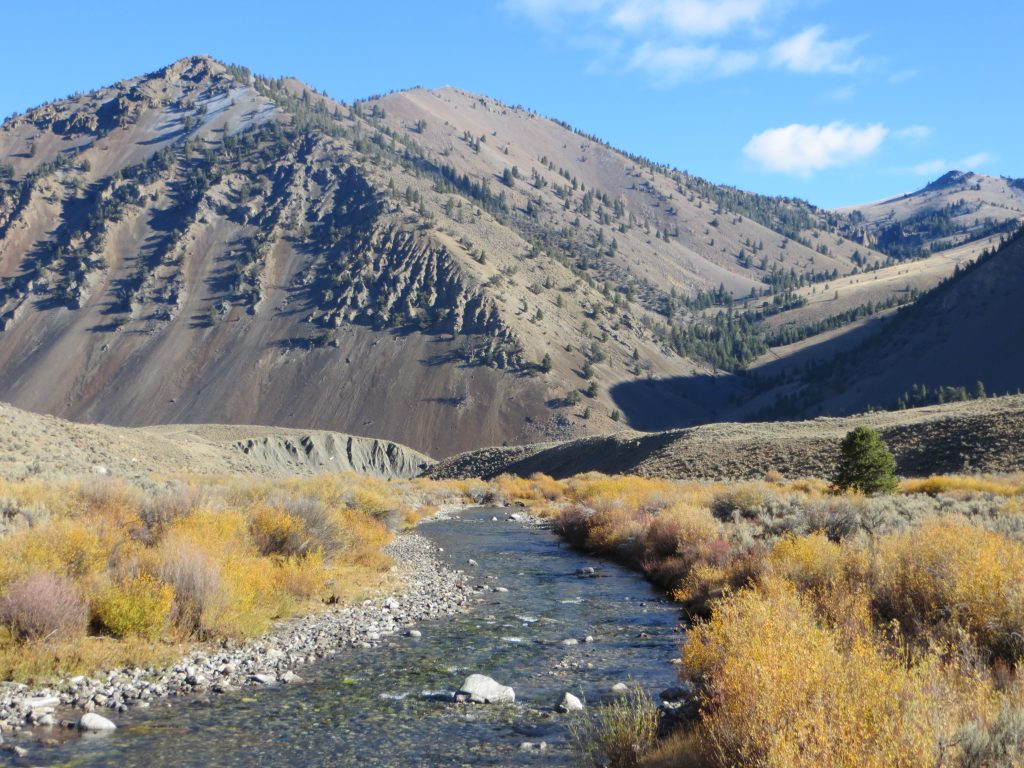 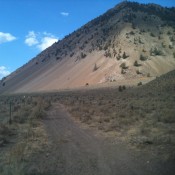 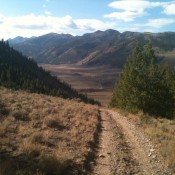 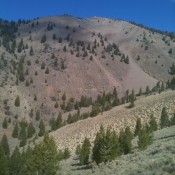 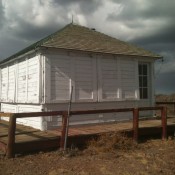 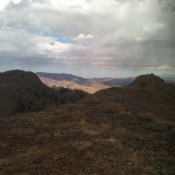