Climbing and access information for this peak is on Page 253 of the book. Derek Percoski provides a photo and note (below) relating to a 2018 landslide on Altair Peak’s slopes. Updated September 2019

Altair Peak is a truly outstanding Pioneer Mountains summit. The name was suggested by Rick Baugher.  It appears that most people climb this peak in combination with climbs of The Fin and Standhope Peak. USGS Standhope Peak 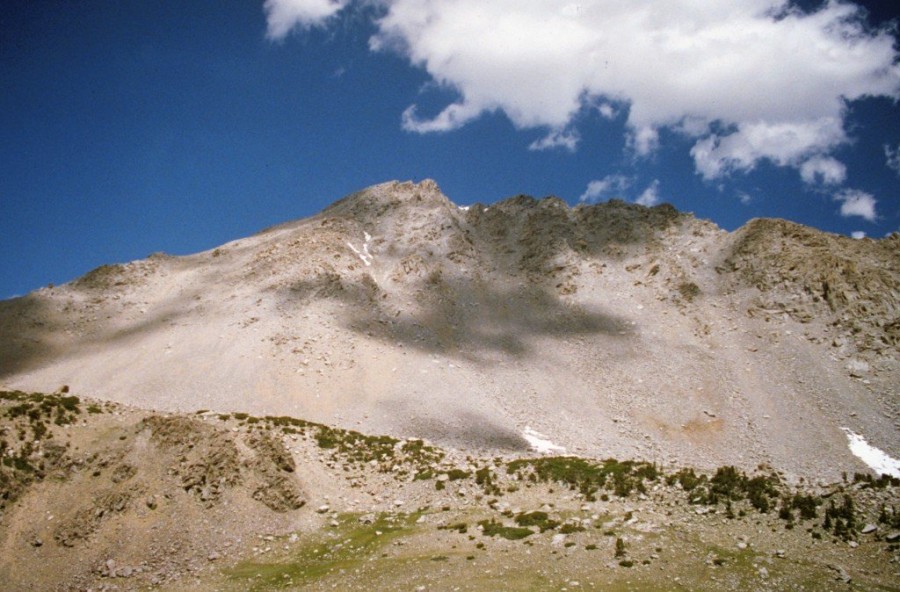 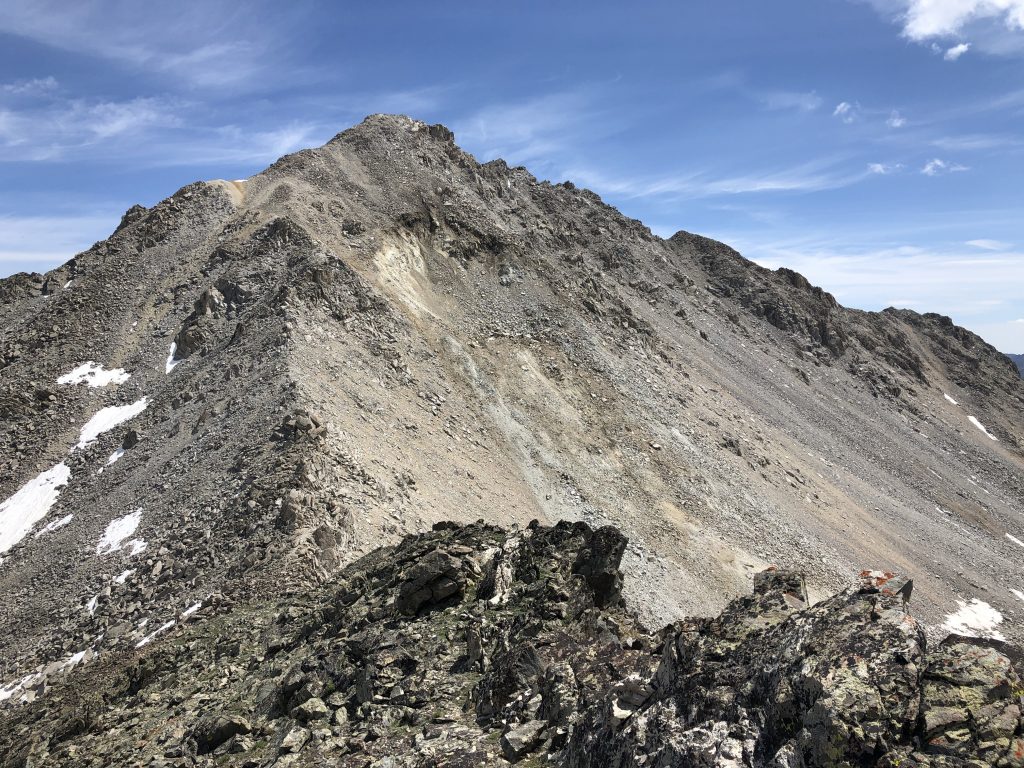 The South Face of Altair Peak recently had a large chunk of earth slide off it (the white area on the photo). A USFS employee was working on rebuilding the section of trail that got buried. Away from all the rubble was a car-sized rock that stopped directly on the trail. There were 2 register entries from 2018 and one of them mentioned the slide, so it’s been there for at least a year. Photo and Commentary by Derek Percoski 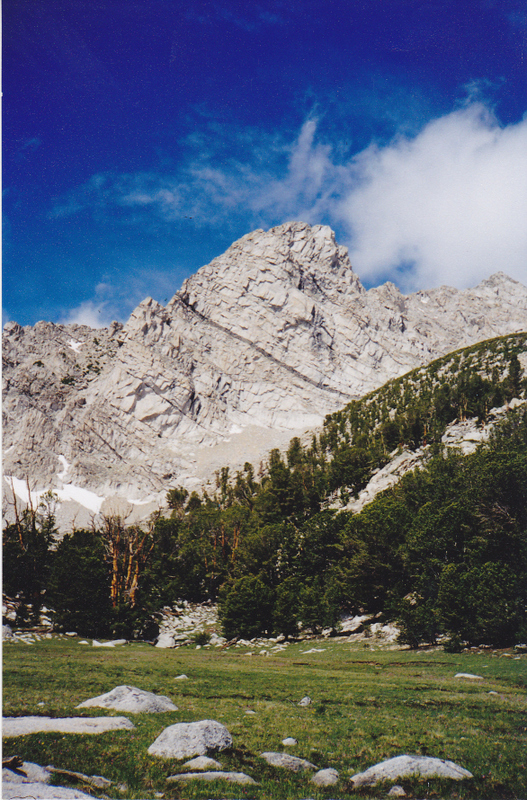