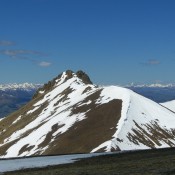 Climbing and access information for this peak is on Pages 262-263 of the book. Three routes are included in the book. Livingston Douglas made the first recorded ascent of the peak’s southwest ridge. His route is detailed below.

The shortest approach to Cabin Mountain is from the west. However, the peak is often climbed from the east in a long day along while also climbing Lime Mountain, Shelly Mountain, and Redbird Mountain. Use the link below to read John Platt’s trip report if you choose to climb all of the peaks in a single day. USGS Copper Basin Knob 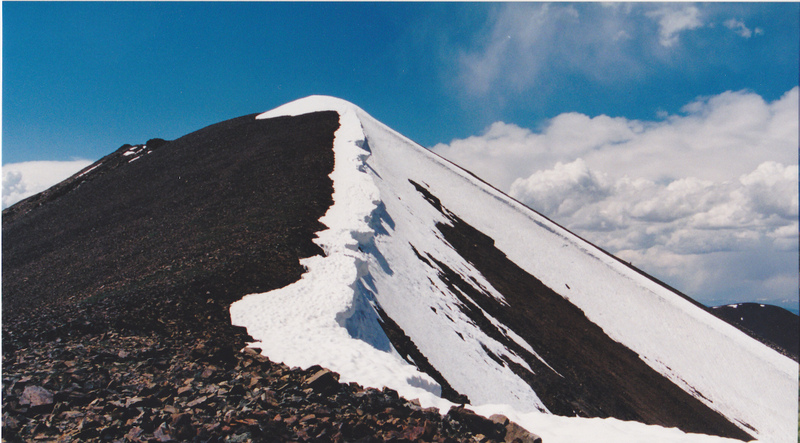 The East Ridge of Cabin Mountain. 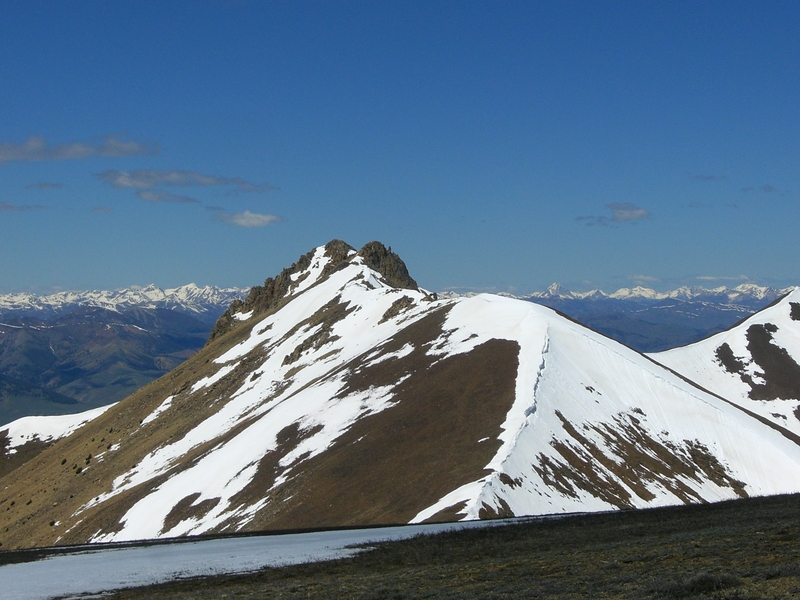 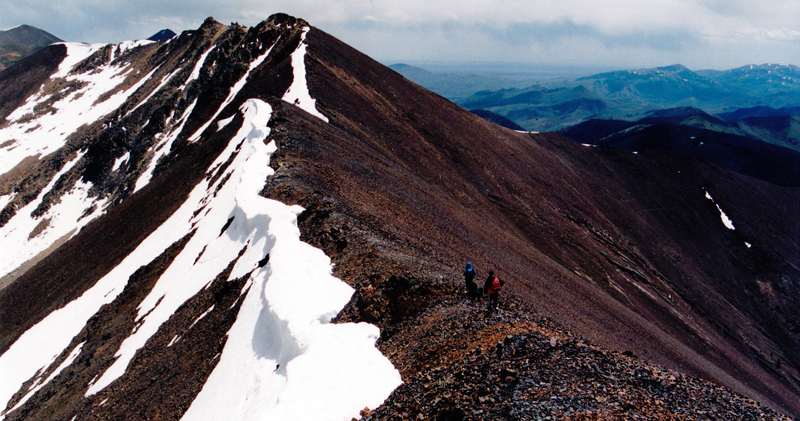 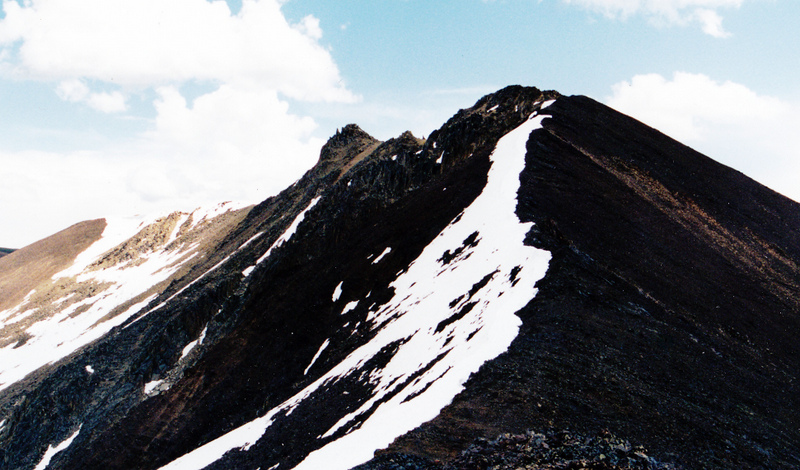 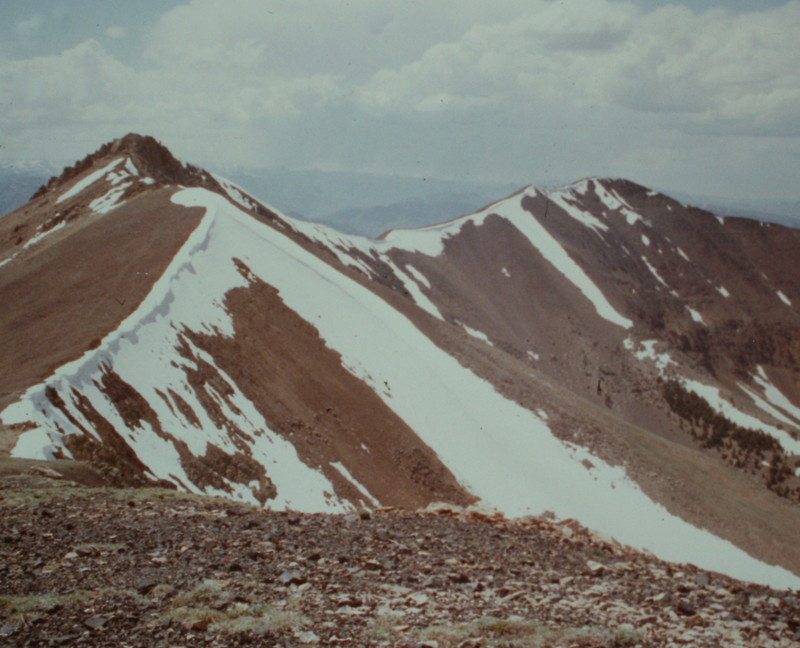 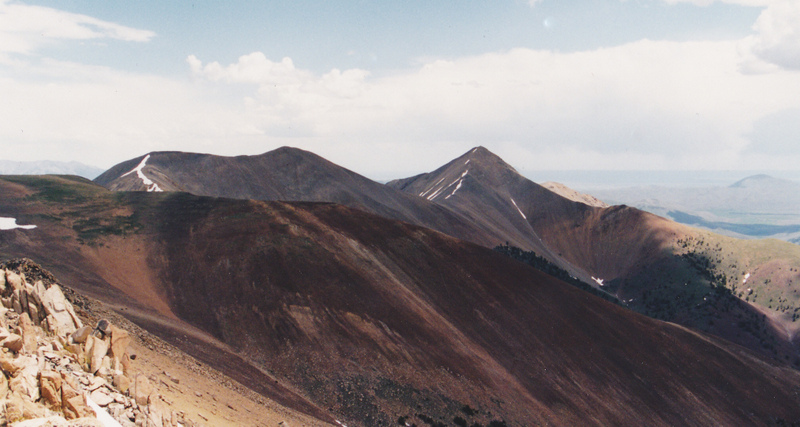 Redbird Mountain and Shelly Mountain as viewed from Lime Mountain. 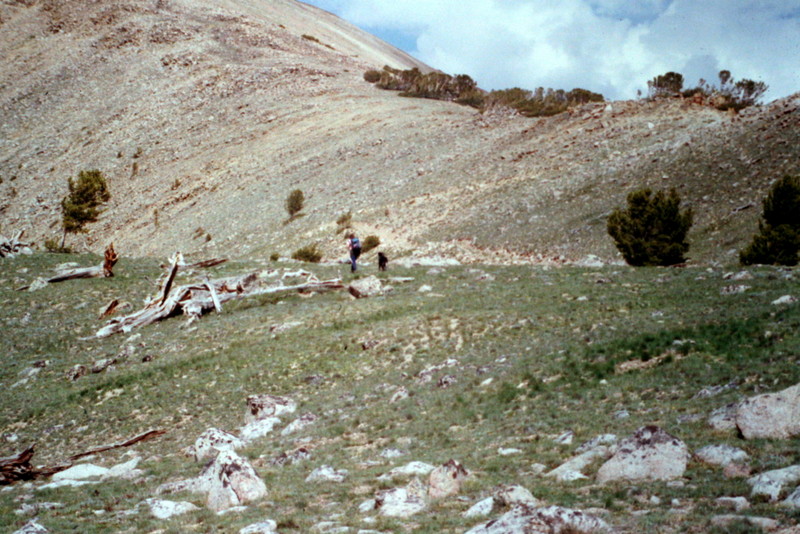 The upper end of Corral Creek is covered by high altitude meadows, making it the route of choice for Cabin Peak. 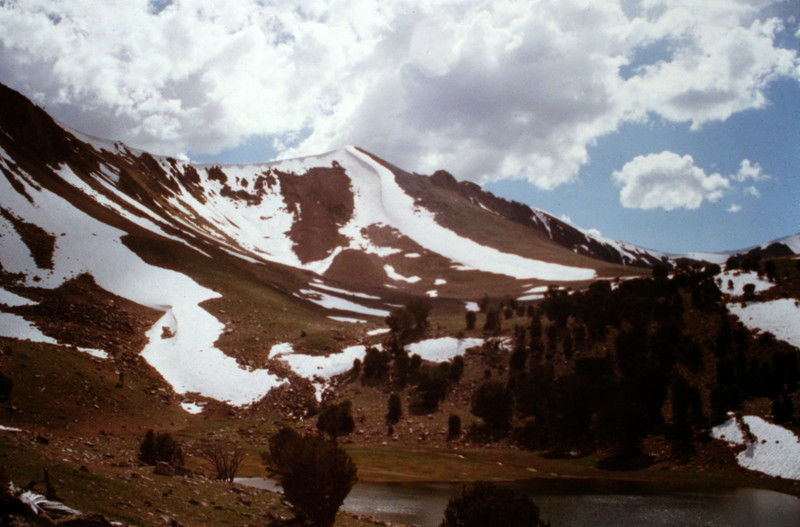 One more view of the top of the Corral Creek drainage.

From its junction with Forest Service Road (FSR)-138/Copper Basin Loop Road, drive east, then north, on FSR-142/Burma Road for 0.4 mile. You will cross both the East Fork Big Lost River and Cabin Creek en route. Continue to a junction with an unmarked 2-track jeep road that follows the north side of Cabin Creek. Pull off the road and park at this junction (7,740 feet).

Hike up the 2-track jeep road, which is overgrown with field grass. Cross Cabin Creek three times and go through three cattle gates/crossings. Thankfully, Cabin Creek is rather small and easy to cross in summer. At the third and final cattle gate/crossing, the road ends and a good cattle trail begins. This cattle trail will make your hike immeasurably easier in your ascent of Cabin Creek drainage. Your size 11s might not appreciate the narrowness of the cattle trail, but you will make fast progress up the angled sagebrush slope on either side of Cabin Creek.

You are now at the base of the southwest ridge of Cabin Mountain and your climb begins. Climb northeast up the steep sagebrush slope on the rounded, rather ill-defined ridge. You’ll eventually reach open forest and keep climbing upward. This climb will feel more like a face climb now, as the ridge is particularly ill-defined. Just keep grinding in a northeasterly direction. You will ascend elevation quickly because the climbing is easy, assuming that you’ve been doing your intense cardiovascular training before attempting this climb. When you reach tree line at 9,800 feet, you still can’t see the summit.

Above tree line, the terrain becomes broken shale that is somewhat loose, but not too bad. At approximately 10,400 feet, you will reach a merge with the [better-defined] South Ridge. Make a mental note of this juncture so you follow the correct ridge on your descent. Now the Southwest Ridge is well-defined and there are no knife edges or rocky outcrops. Just keep grinding your way northeast up the shale and you’ll eventually reach the Class 2+ summit rocks of Cabin Mountain. 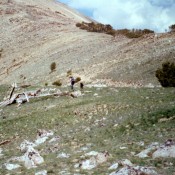 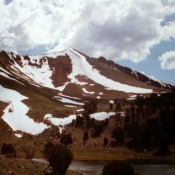 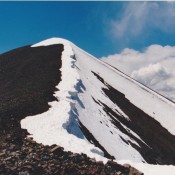 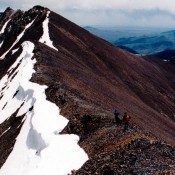 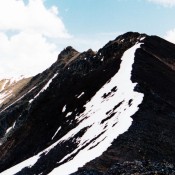 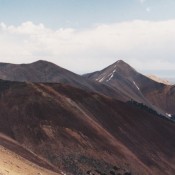 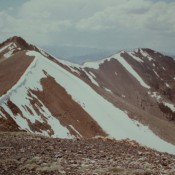