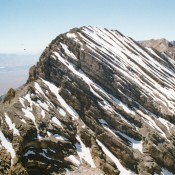 Climbing and access information for this peak is on Pages 277-278 of the book. Note the alternative approach that avoids Jones Creek and John Platt’s new route on the West Face.

Mount Church is the 3rd-highest peak in the State of Idaho and is located in the Lost River Mountain Range. It is one of the nine Idaho 12ers. Mount Church has a spectacular summit, which was rarely climbed before 1990. Now it is a popular ascent by mountaineers seeking to climb all nine of Idaho’s 12ers. Mount Church and Donaldson Peak are frequently climbed together.

In 2006, a fatality occurred during the ascent of the traditional standard route. As the alternative approach becomes more popular and becomes the new standard route, as I believe it will, it is less likely that this particular accident will happen to anyone else. However, it’s more important to note that the accident resulted from a combination of inexperience and decision making in unfamiliar terrain. The lessons that can be learned from this tragedy may be applied to any mountain ascent and is worth the time to read. USGS Leatherman Peak 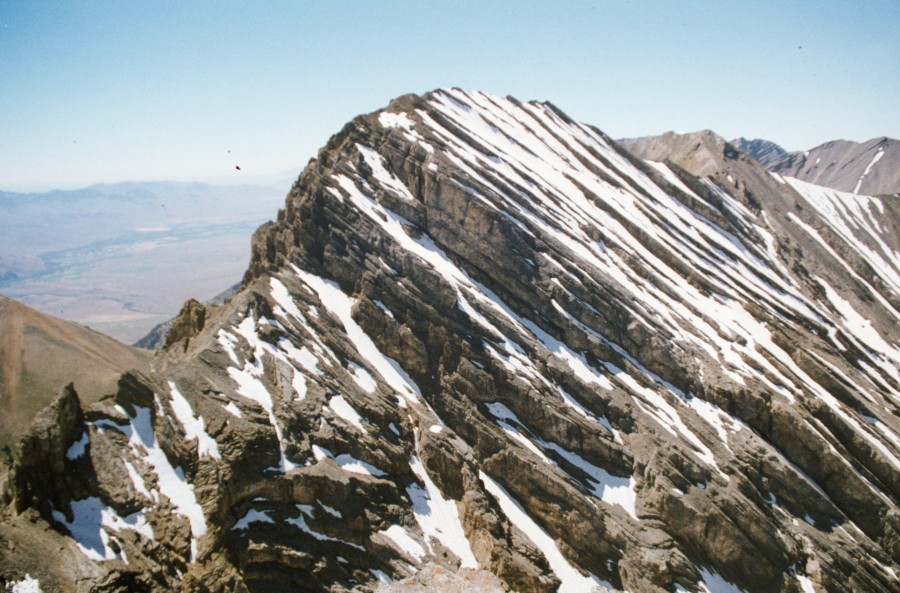 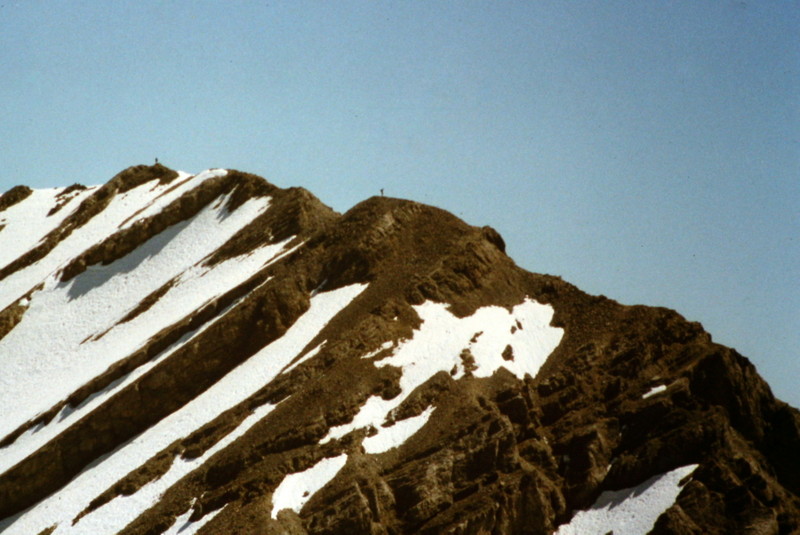 The East Ridge is the standard route to the summit of Mount Church. There are a few obstacles on this route, but most people would agree that the crux of the climb is getting through the headwall to the Church/Donaldson saddle. 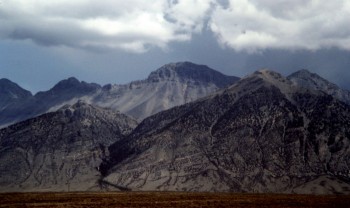 The traditional route goes up the canyon to the left of center in this photo.

The challenge with this approach is that Jones Creek is a rugged, unstable drainage, which seems to vary each year. Spring run-off and healthy vegetation constantly changes the stream bottom’s path and erodes the climbers’ trail. The Climbing Guide discusses the traditional approach.

Recently, climbers have established a new approach in the next drainage to the north, which has been named North Fork Jones Creek.

Access to the Headwall via North Fork Jones Creek 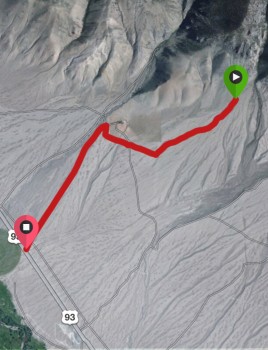 This road approach to North Fork Jones Creek. Follow Lone Cedar Creek Road to a ranch, turn right, and follow the two-track to its end.

The North Fork Jones Creek approach is reached via Lone Cedar Creek [(B)(9) on Page 292], which is shown on the map.

From the end of the road, a good trail leads toward the mouth of the canyon. Once in the canyon, the trail tread is marked and, for the most part, easy to follow.

Occasionally, the trail crosses the intermittent stream and at these spots you might need to look for a cairn to get you back on the tread.

Once you get above treeline, the choice to proceed is up to you. The route to the pond at the base of the headwall will be obvious from this vantage point. 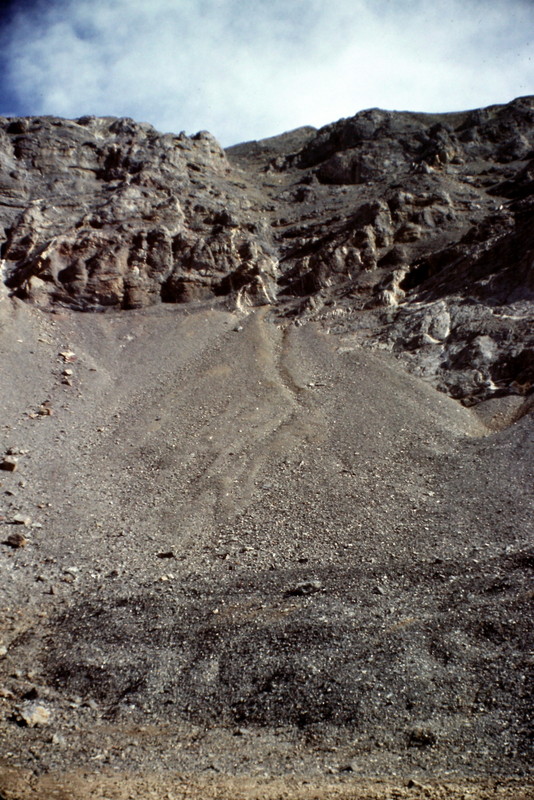 The headwall leading to the ridge between Mount Church and Donaldson Peak.

The Donaldson Peak page has the route description and accompanying photos to show the climb from the pond, through the Church-Donaldson headwall, to the ridge/saddle between the two peaks.

From this point, follow the ridge to the summit of Donaldson Peak (if you haven’t climbed it) and then continue over to Mount Church. 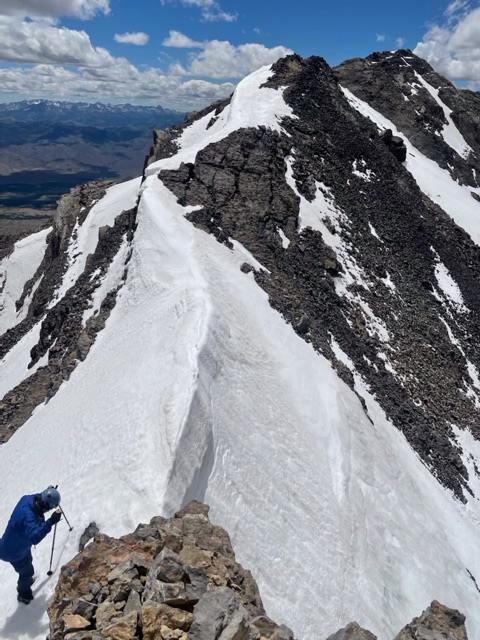 John Platt and his friend Brian climbed the West Face of Mount Church, which I suspect was a first ascent. Check out John’s trip report for details on this route. 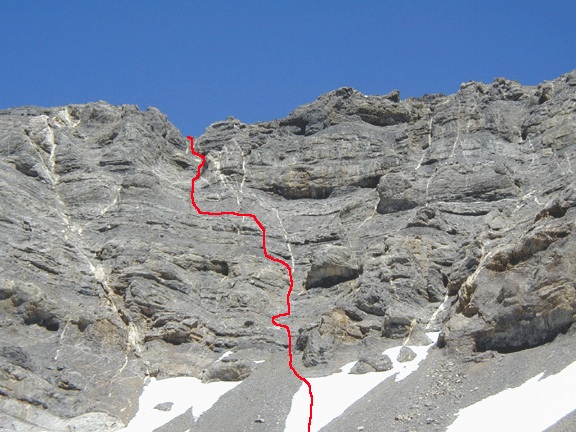 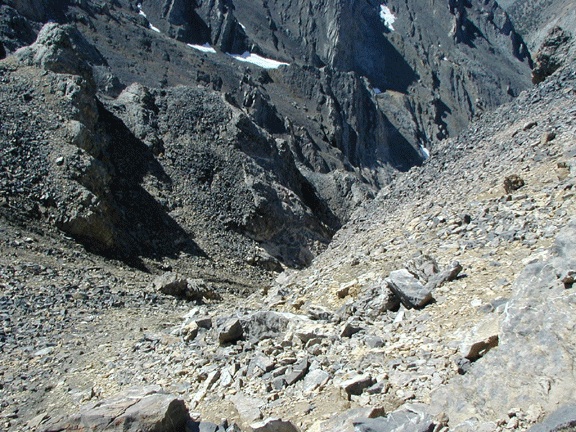 Looking down the West Face from the upper route. The lower section of the route was even steeper. John Platt Photo 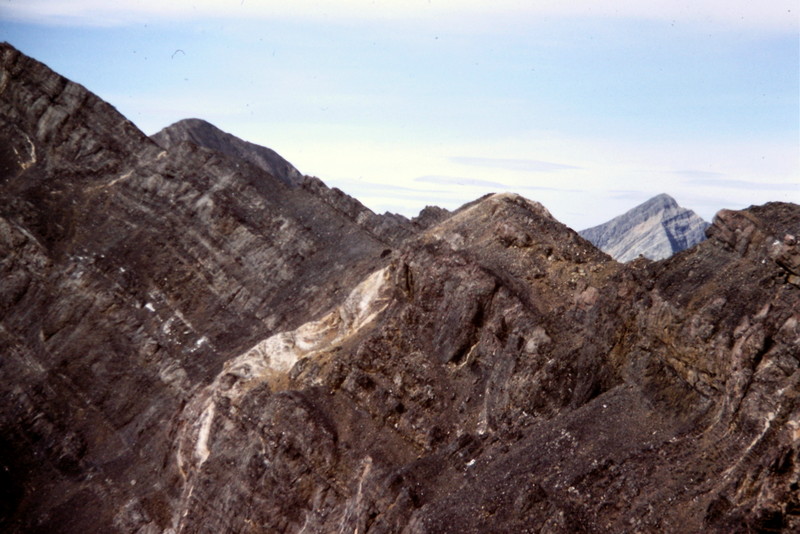 The lower section of the East Ridge as it climbs out of the Mount Church-Donaldson Peak saddle. 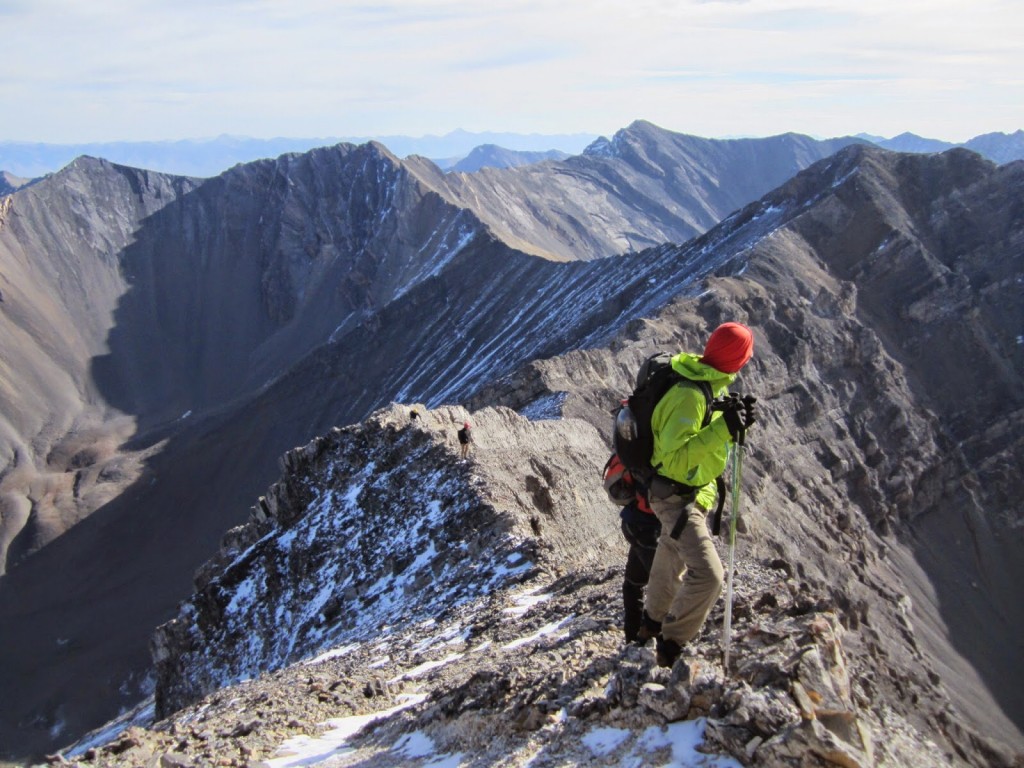 A view looking down the ridge, about midway to the summit. Larry Prescott Photo 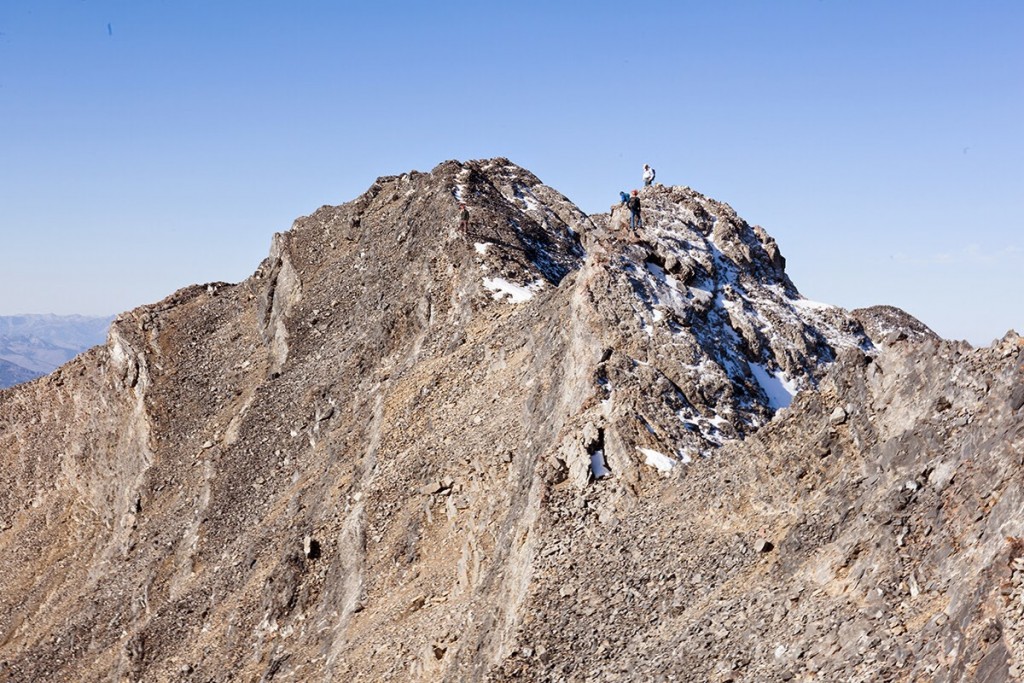 The last section of the East Ridge looking to the summit of Mount Church. Larry Prescott Photo 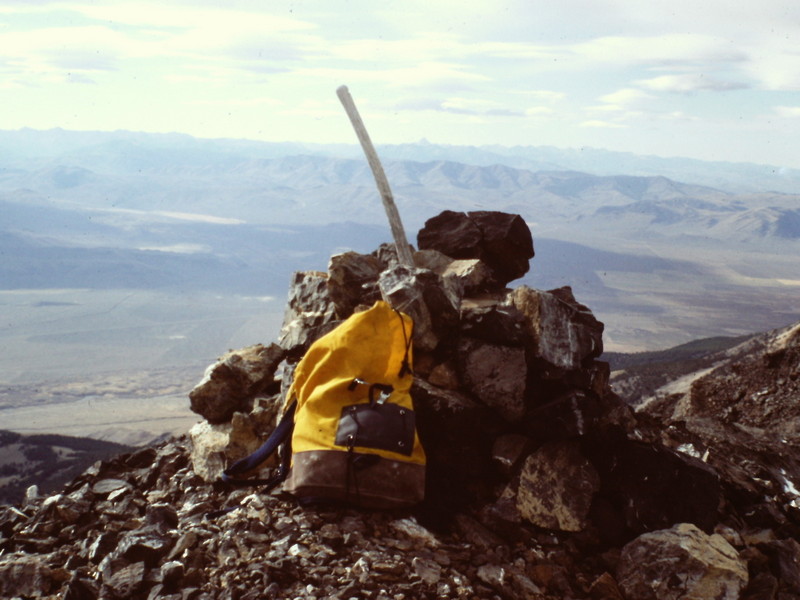 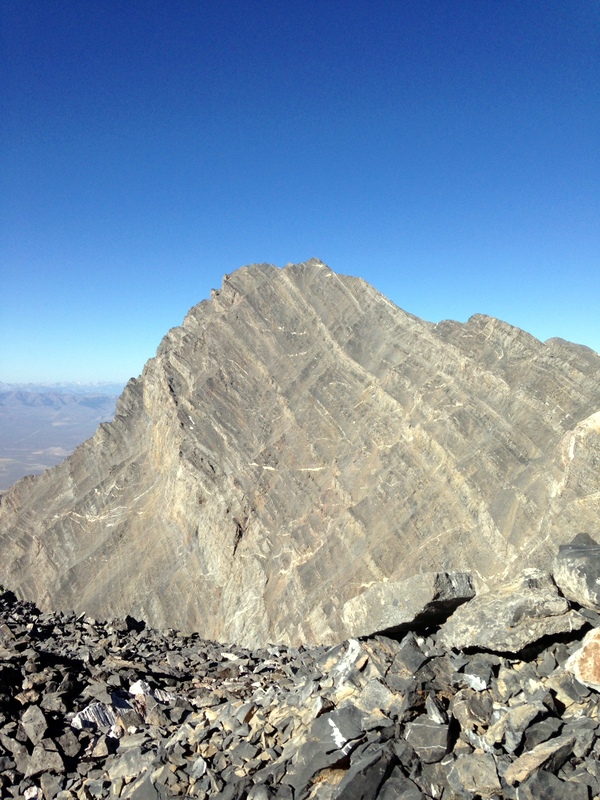 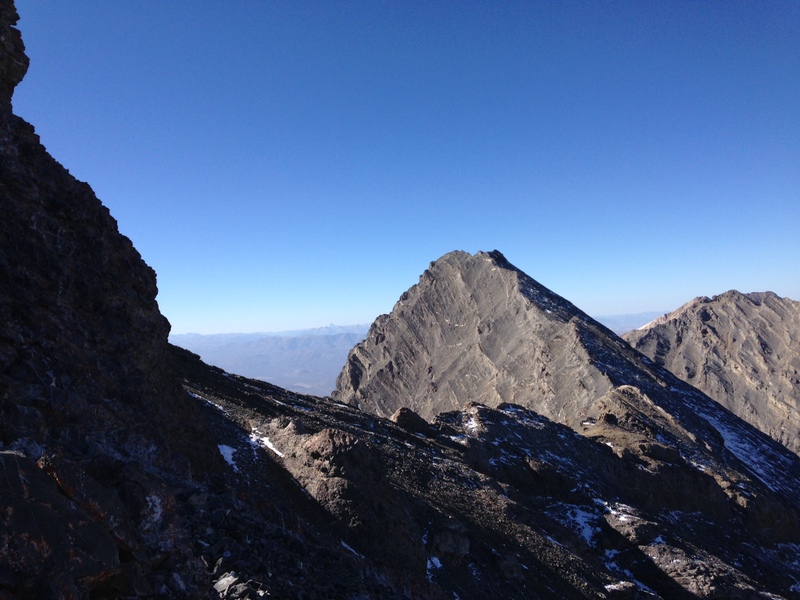 Mount Church as viewed from the Northeast Ridge of Donaldson Peak. 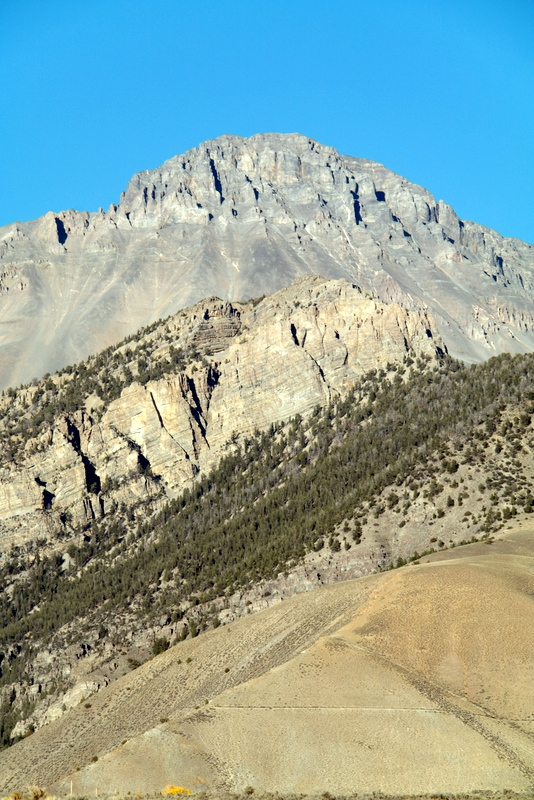 Mount Church as viewed from US-93. 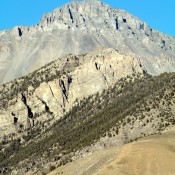 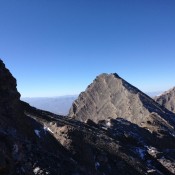 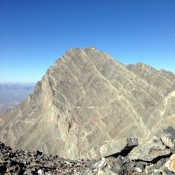 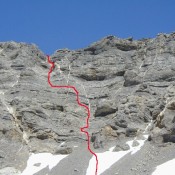