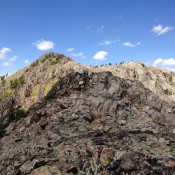 Dan Robbins told me about the peak and said “even Rick Baugher has not recorded an ascent of this peak.” Dan suggested that the peak was potentially unclimbed and we did not find evidence of prior occupation. Dan suggested we climb the peak from Prairie Creek and we did so on August 17, 2014. We did a traverse of the peak. We climbed the Peak’s Southeast Rib and descended the headwall between the peak and Point 10092. Both routes will give you a strenuous workout. Both ponds shown on the peak’s east side were dry. The climbing team was Dan Robbins, John Fadgen, Tamara Fadgen, Shadow, their dog, Tom Cox, Steve Weston and myself. 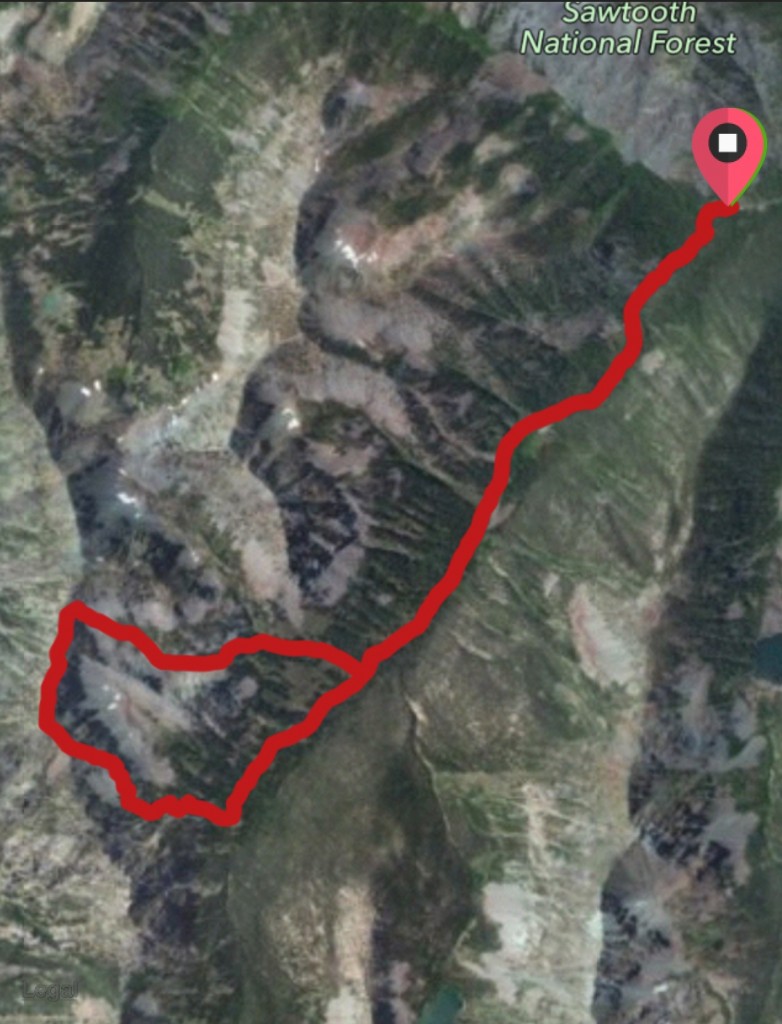 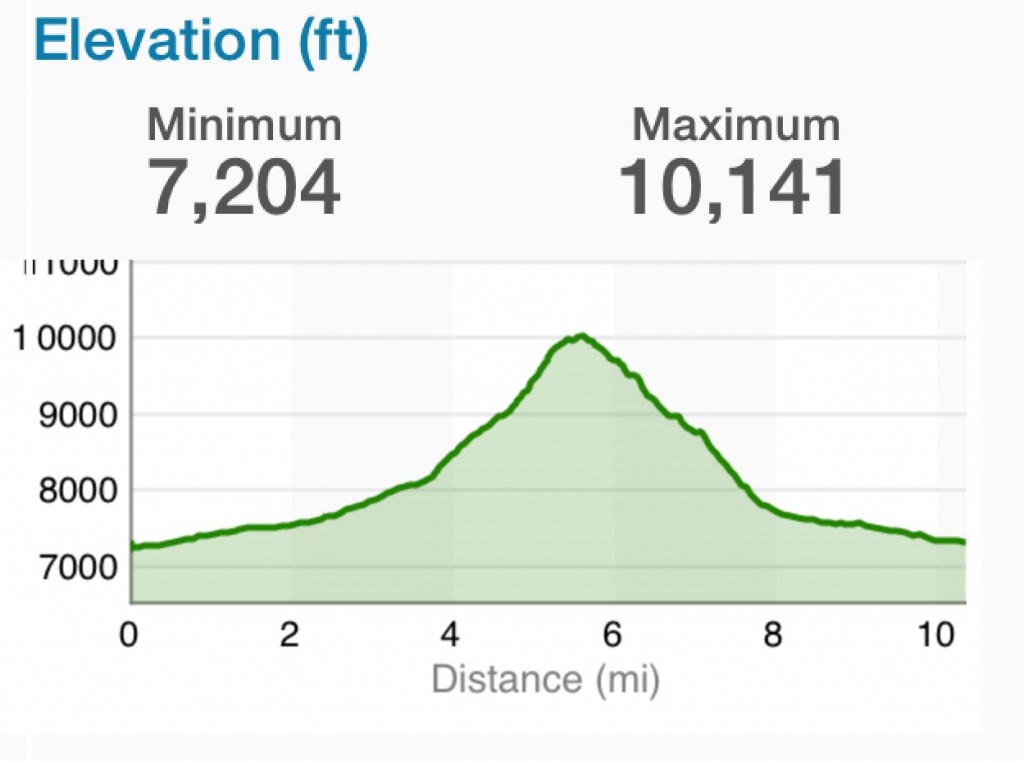 I am not sure why the GPS (which was corrected for elevation) shows the wrong figure for the high point, but the profile is correct.

The ascent route follows Prairie Creek for 3.64 miles and then climbs in a WNW direction up steep grass and tree-covered slopes to a rib that climbs up to the crest roughly 2.5 miles south of the summit. The climb up the ridge can made directly with Class 3 moves or indirectly over mostly Class 2 terrain. 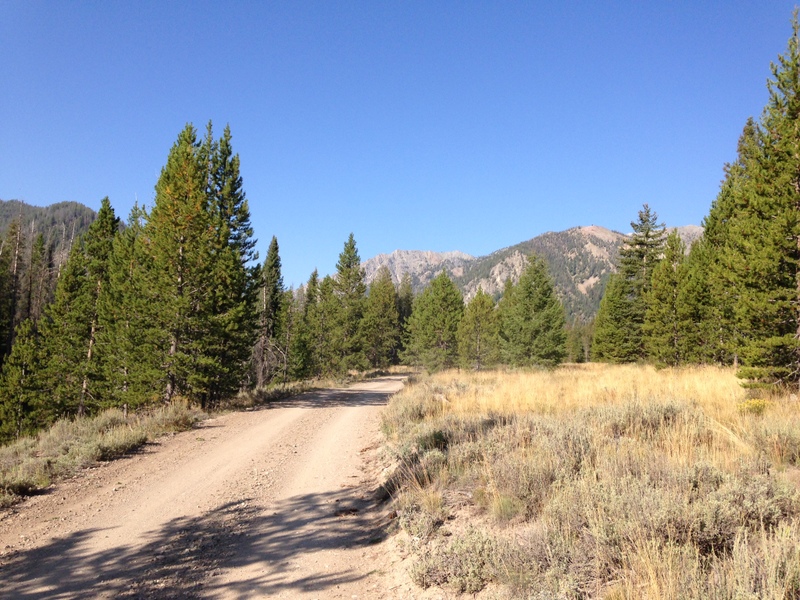 The road up Prairie Creek is well graded for its entire 3-mile course. 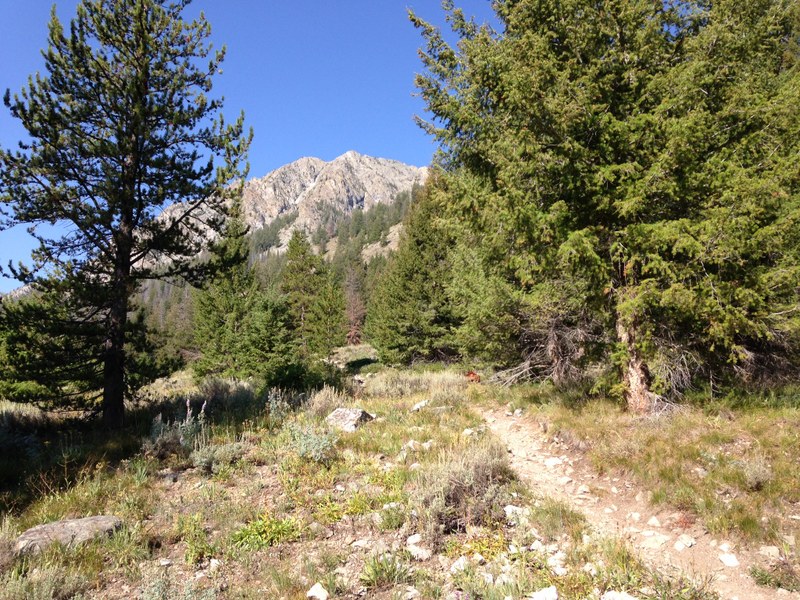 Like the road, Prairie Creek trail is in good shape. 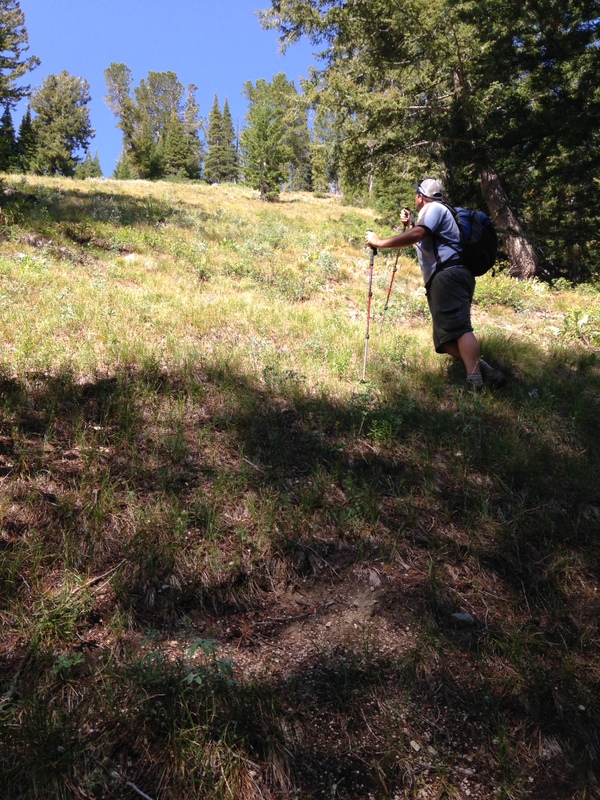 Dan Robbins pacing us up the lower slopes of the Southeast Rib Route. 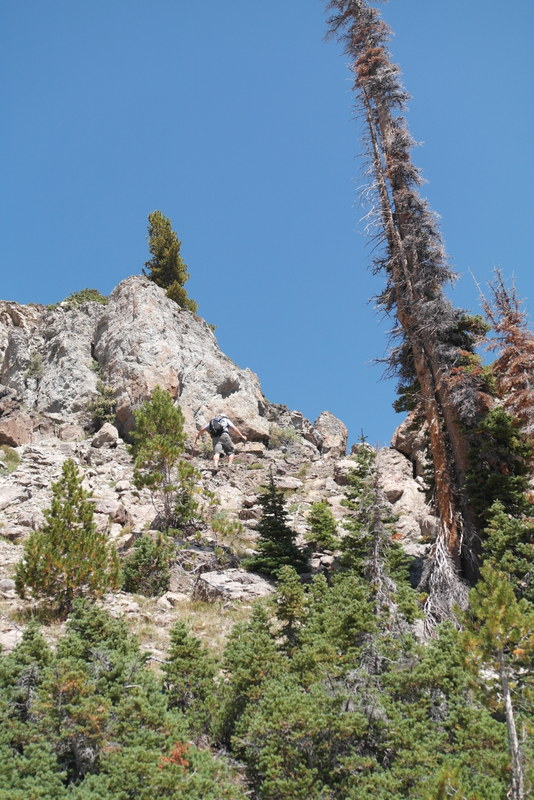 Higher up, the route leaves the trees and crosses rock. Dan Robbins ascending. 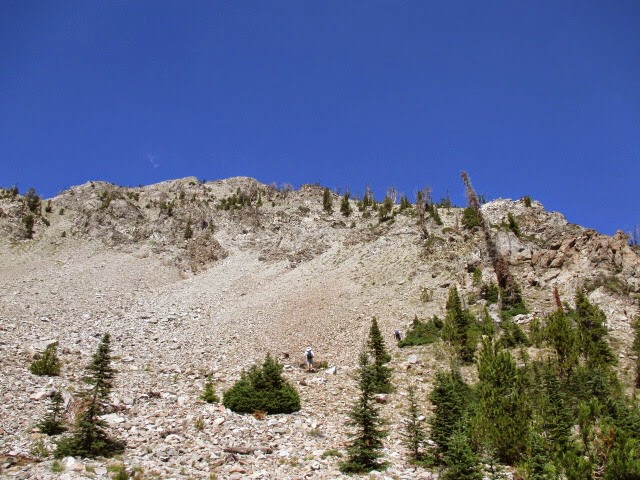 The Southeast Rib rising from the right-hand side of the photo. Tom Cox Photo 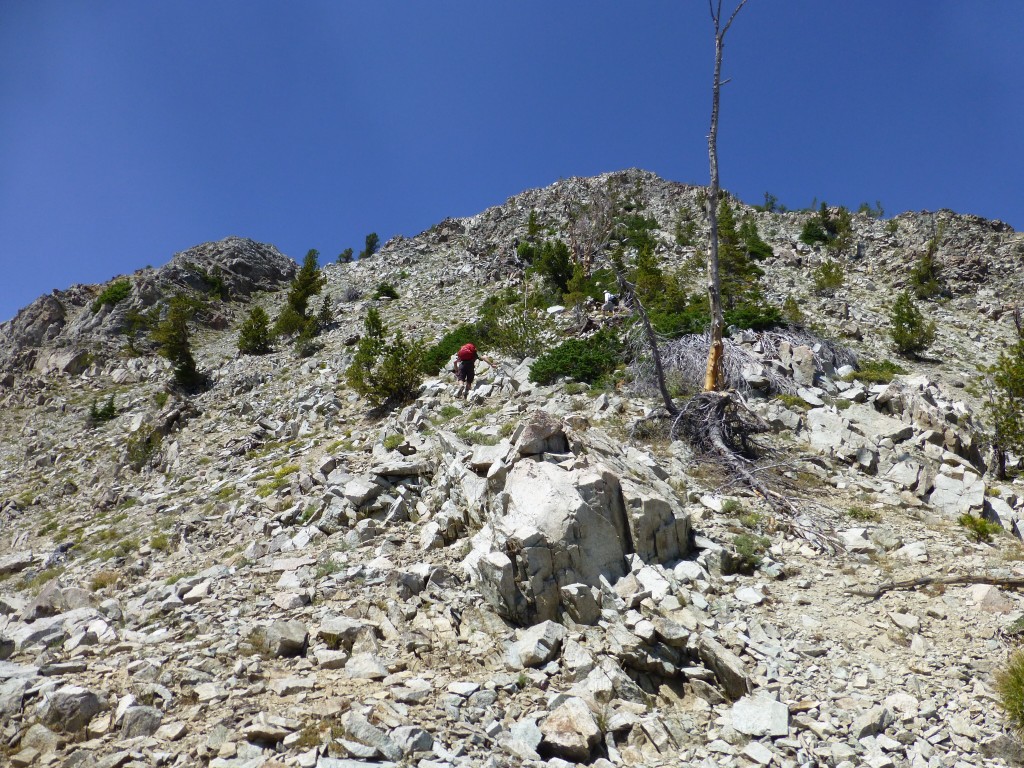 Looking back down the Southeast Rib. Tom Cox Photo 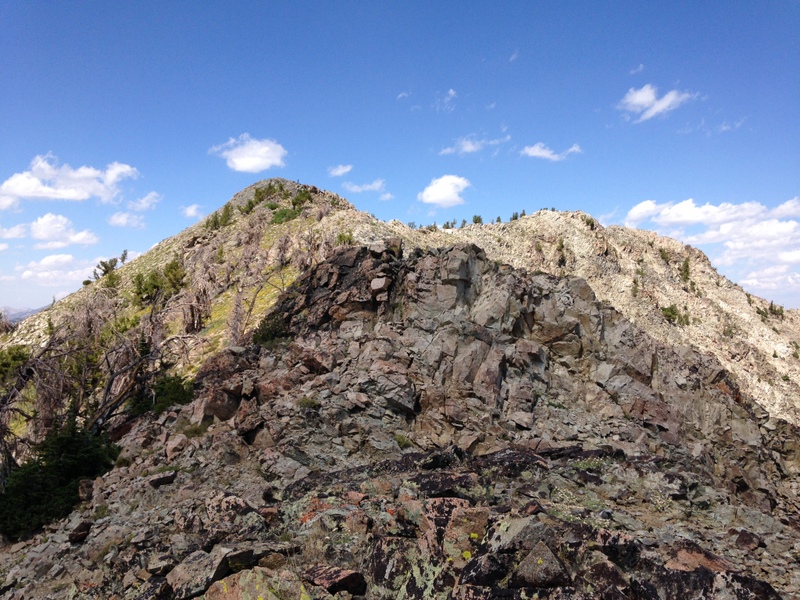 The view toward the summit from the top of the ridge. 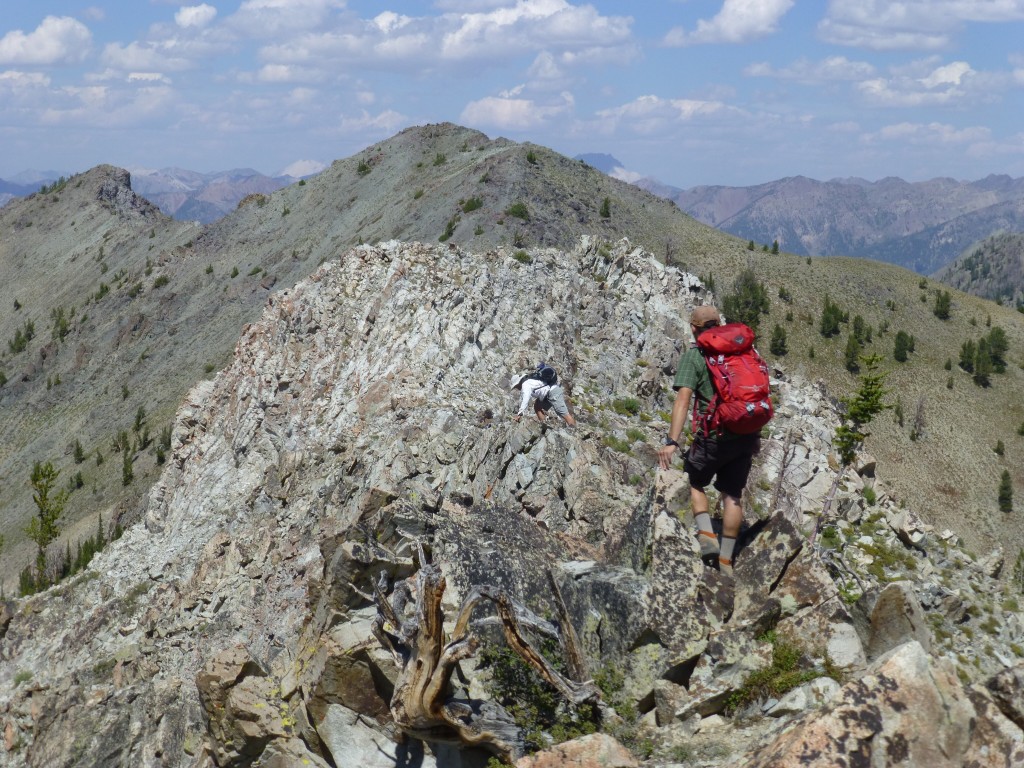 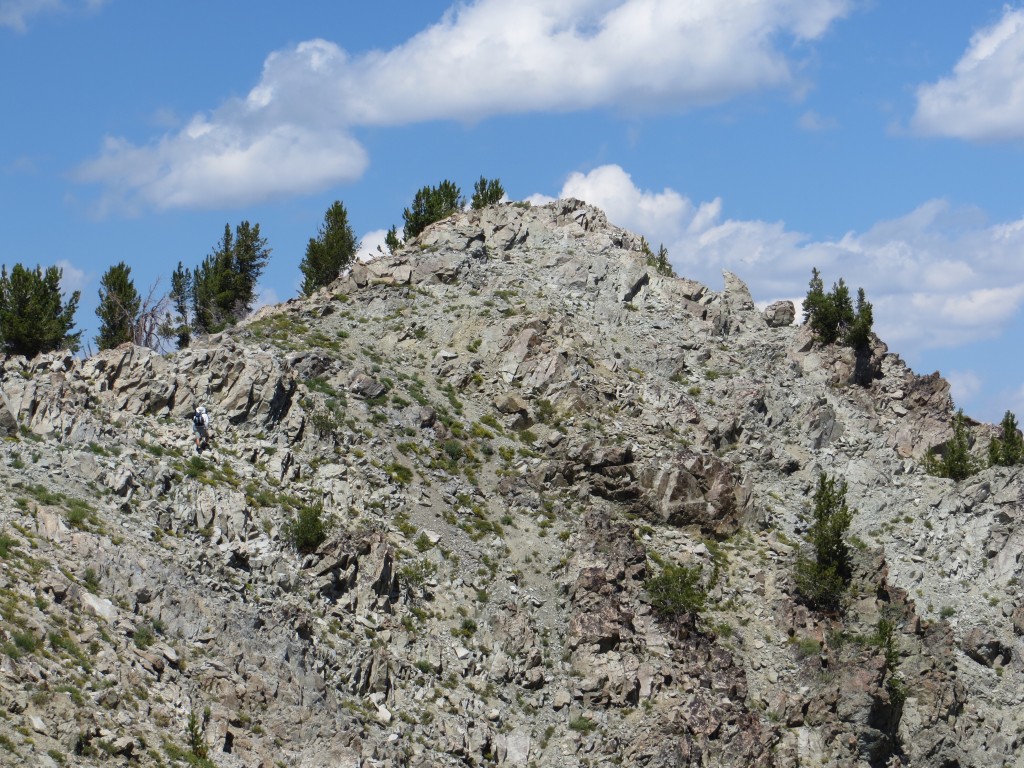 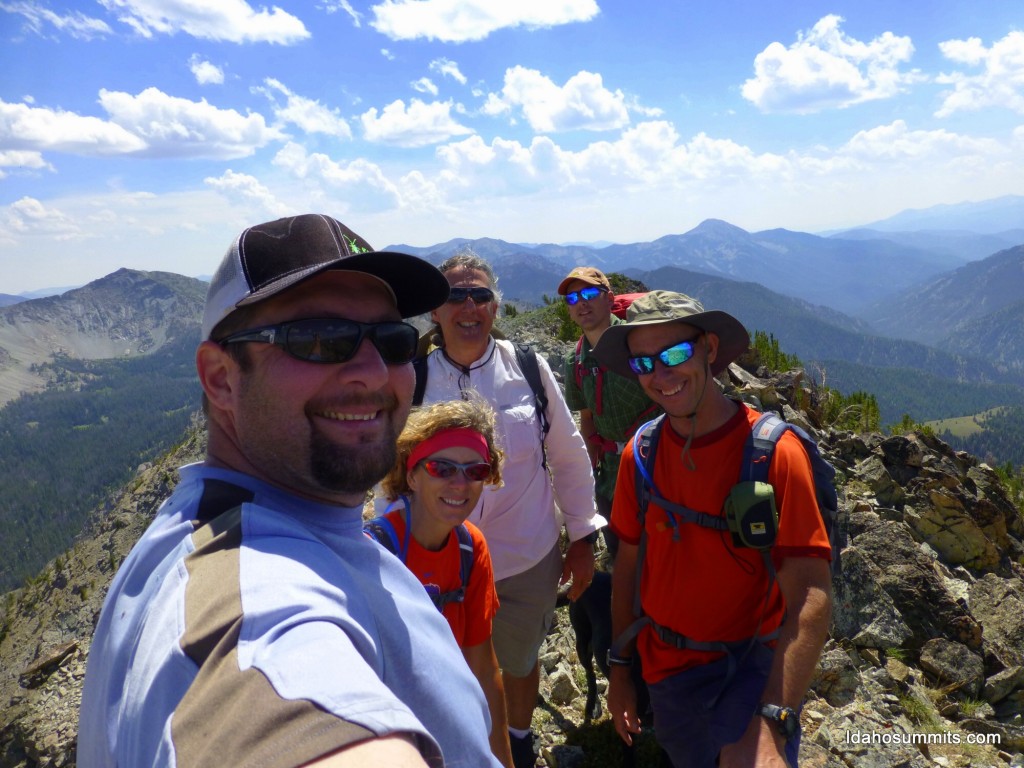 This route descends north off the summit to the col between the peak and Point 10092. The peak’s North Ridge is festooned with several spires that can be bypassed or climbed over. The difficulty of the traverse will depend on your choice of route. It can be done at Class 2 with some difficulty. There are some steep tricky moves either way. If you want to climb this route, leave the trail at 2.55 miles from the trailhead and climb directly up to the drainage. You should find running water a couple of hundred yards above the trail. The water did not reach the trail. We descended on the right side of this stream until the drainage to the Lake 9011 turns off to the west. The creek continues up to the north and does not lead to the dry lake. 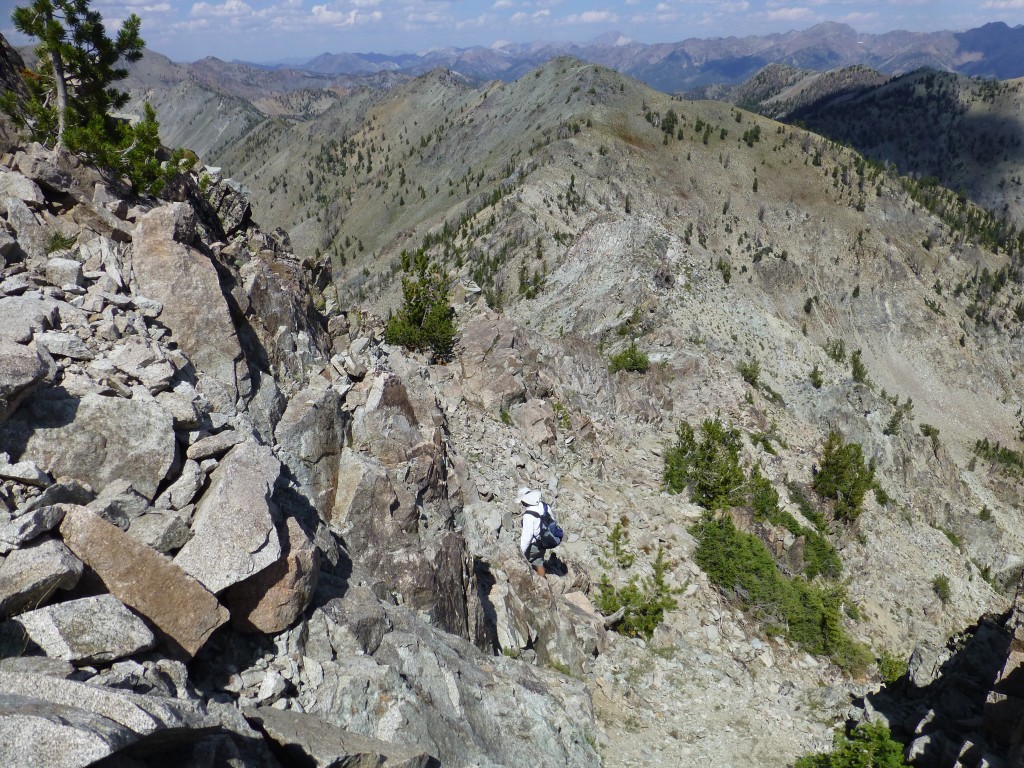 Head to the northern side of the col and then descend down and to the northeast. See photos below. The headwall is steep and cliffy; a direct descent would be dangerous. 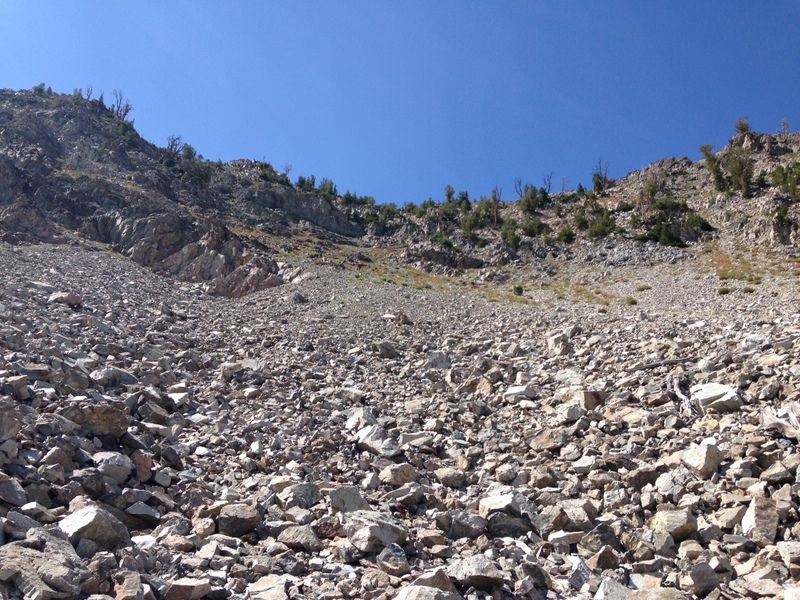 This is a view of the headwall from two-thirds of the way down. The descent gully (shown in the next photo) is just right of center at the top of the headwall. 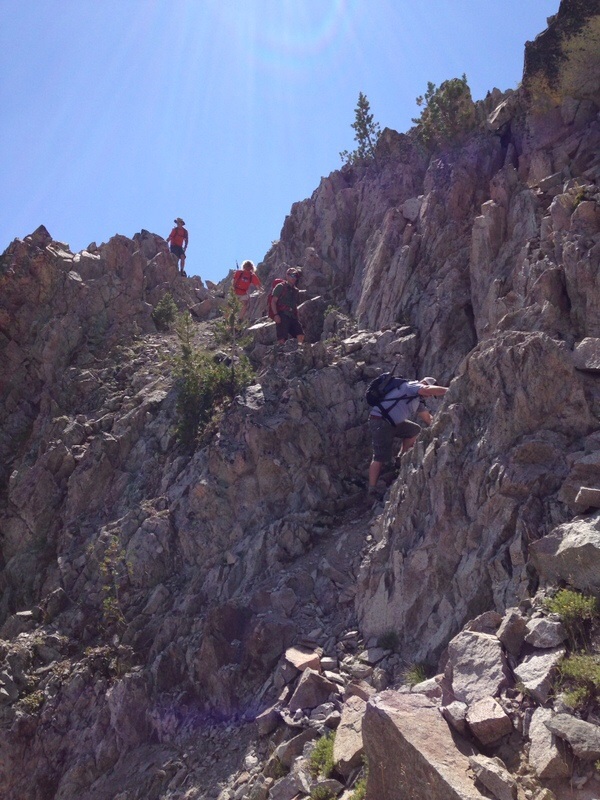 The descent down the headwall is made possible by this diagonal gully which is probably about 100 feet below the col on its north side. This is the easiest path through the cliffs that cross the top of the headwall. 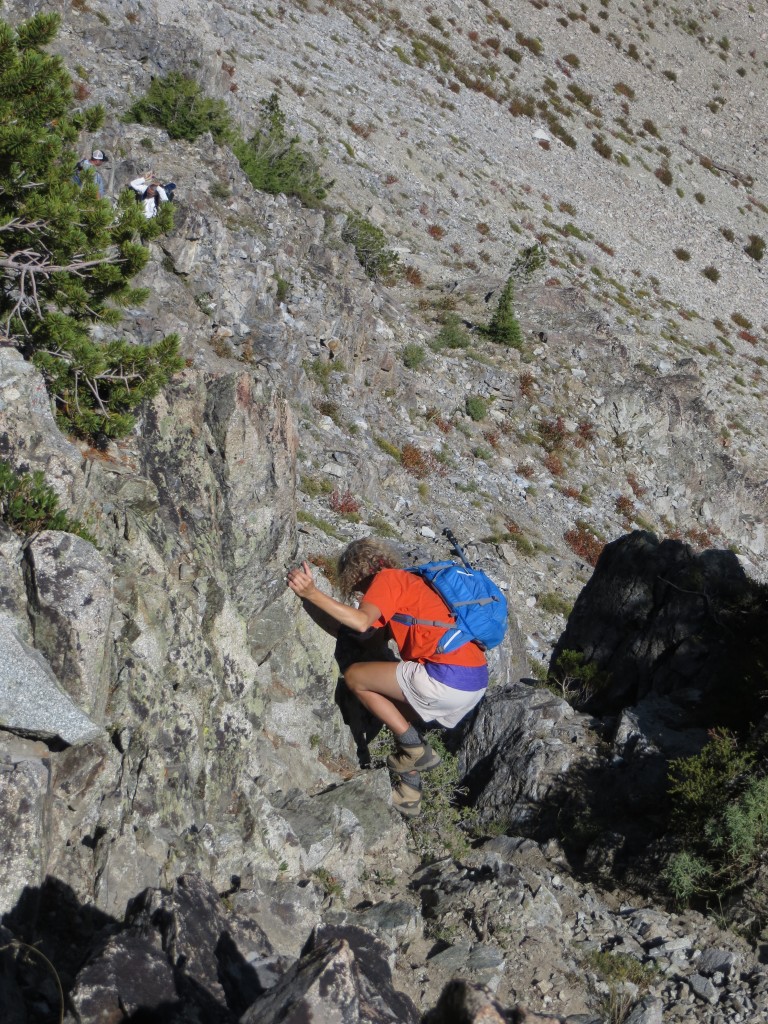 Once you are off the headwall you can descend the steep talus to the lake (dry this year) and then follow the drainage from the lake out to the trail. Choose the route that works best for your temperament. 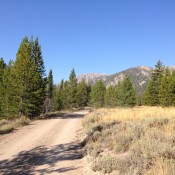 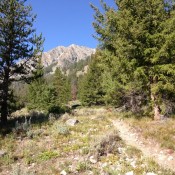 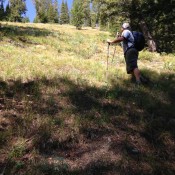 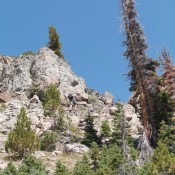 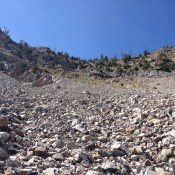 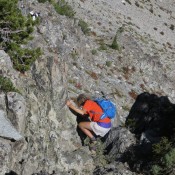 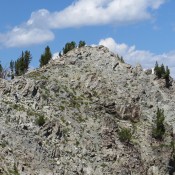 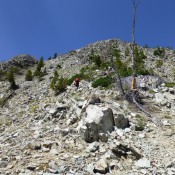 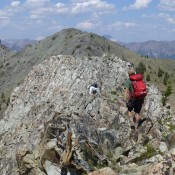 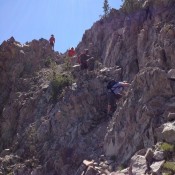 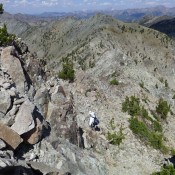