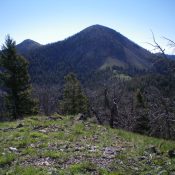 Peak 9499 is the third of four peaks on the south side of Webber Creek (Peak 8613, Peak 9381, Peak 9499, and Peak 9700) that make for a good loop route. This journey entails 11.5 miles and 5,375 feet of elevation gain from the Webber Creek Trailhead so it is not for the faint of heart. It is almost entirely ridge climbing and bushwhacking with very little trail hiking. Peak 9499 is most easily reached from the Myers Creek ATV Trail/FST-191 to the south. USGS Heart Mountain 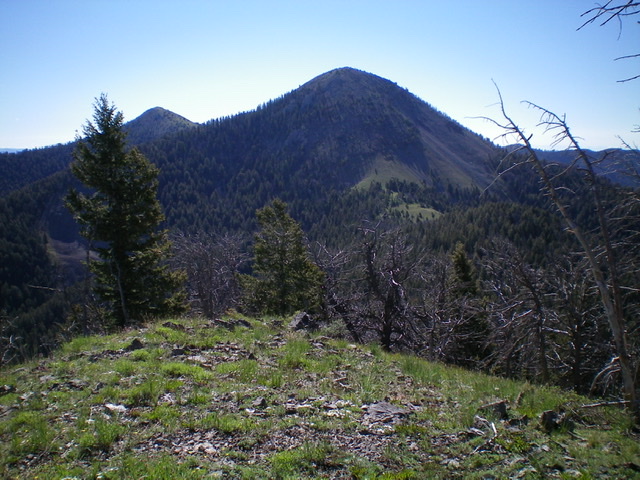 Same as for Peak 8613. This is the third leg of a four-peak journey.

From the 8,980-foot connecting saddle with Peak 9381, scramble west up a mix of scree, scrub, and scattered trees to the small summit of Peak 9499. The summit has a small rock shelter and a nearby fire pit, which I rebuilt into a summit cairn. 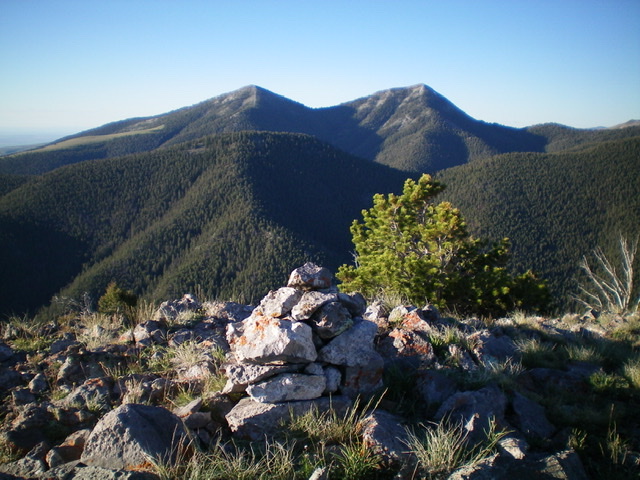 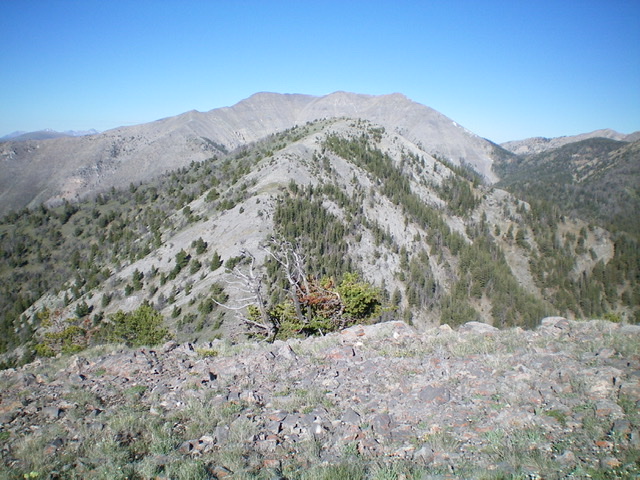 Peak 9499 (mid-ground) and its easy east ridge as viewed from Peak 9381 to its east. Livingston Douglas Photo 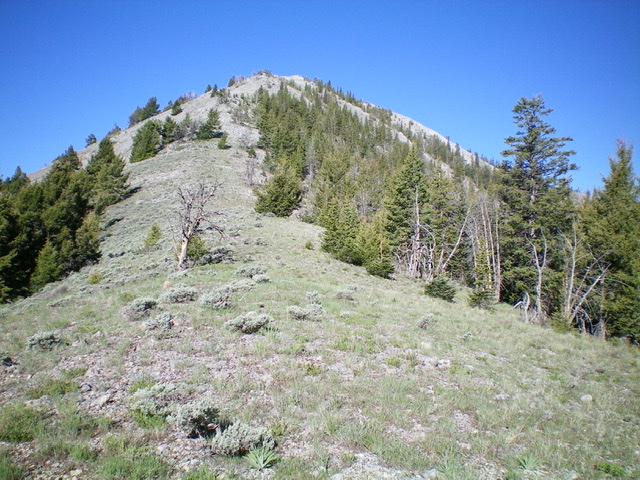 Looking up the east ridge of Peak 9499 from the 8,980-foot saddle at its base. Livingston Douglas Photo 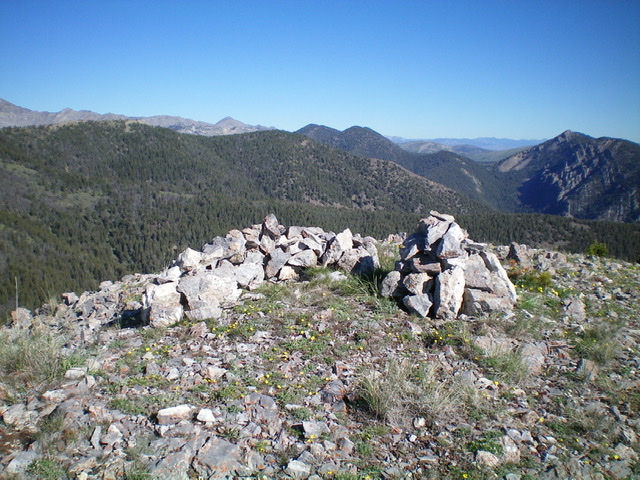 The summit area of Peak 9499 has a rock shelter and a newly-built summit cairn. Livingston Douglas Photo

From the summit, descend the steep, open west face on loose talus and scree. This is challenging (Class 2+/3) but at least there are no cliff bands or rocky outcrops of any significance. Reach a saddle of gentle grass and a section of black dirt. Continue west into a pine forest (game trail here) and scramble up over forested Point 8800+. From there, follow a game trail northwest down to a final saddle at 8,700 feet. This concludes the third leg of today’s journey. Peak 9700 is up next. 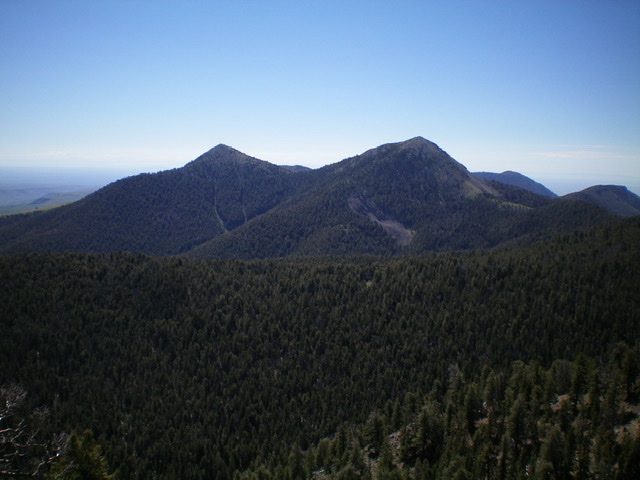 The twin humps, Peak 9381 (left) and Peak 9499 (right) as viewed from the northwest. Livingston Douglas Photo