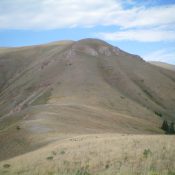 Peak 9660 is one of five ranked peaks that surround the upper reaches of Irving Creek. Two of the peaks are on the Continental Divide and a third peak is very close to the CD. This five-peak adventure includes Peak 8589, Peak 9521, Peak 9660, Peak 9201, and Peak 8881. It covers 11.0 miles with 4,500 feet of elevation gain. It is a magnificent ridge traverse that I highly recommend. USGS Fritz Peak 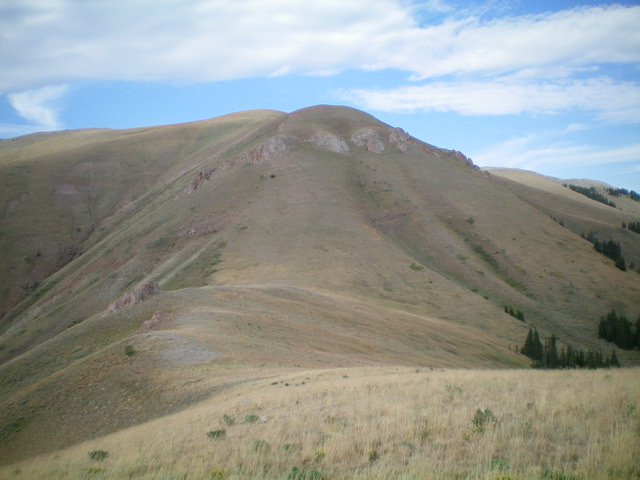 Same as for Peak 8589. This is the third leg of a five-peak journey that begins along Irving Creek Road.

From the 8,980-foot connecting saddle with Peak 9521, scramble north then northwest on easy scrub in open terrain with a weak goat trail to help. Reach the Continental Divide at Point 9641 and continue west across easy, open terrain to reach the true summit of Peak 9660. The true/west summit has a small ID/MT boundary post and is a gentle scrub hump. 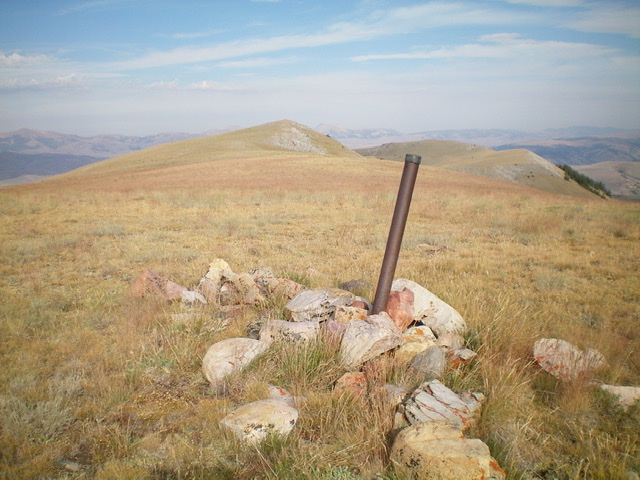 The ID/MT boundary post atop Point 9641 with the true/west summit of Peak 9660 in the background (the hump just left of center). Livingston Douglas Photo 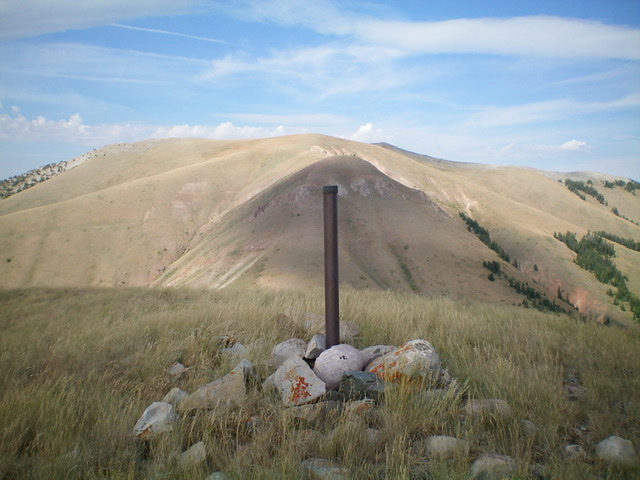 Peak 9660 as viewed from Peak 9201 to the east. Livingston Douglas Photo 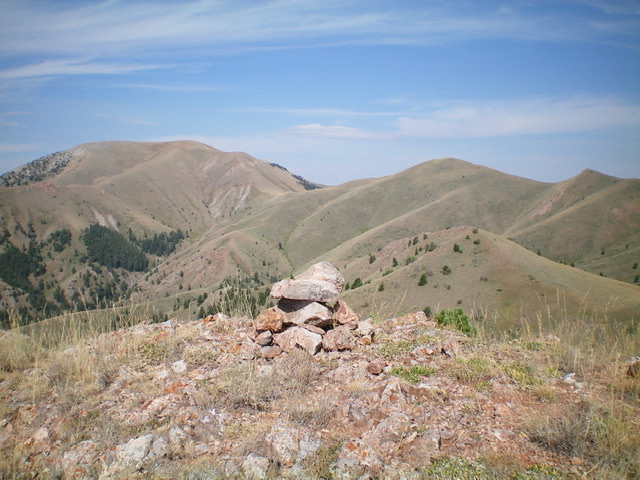 Peak 9660 (left of center) and Peak 9201 (right of center) as viewed from the southeast. Livingston Douglas Photo 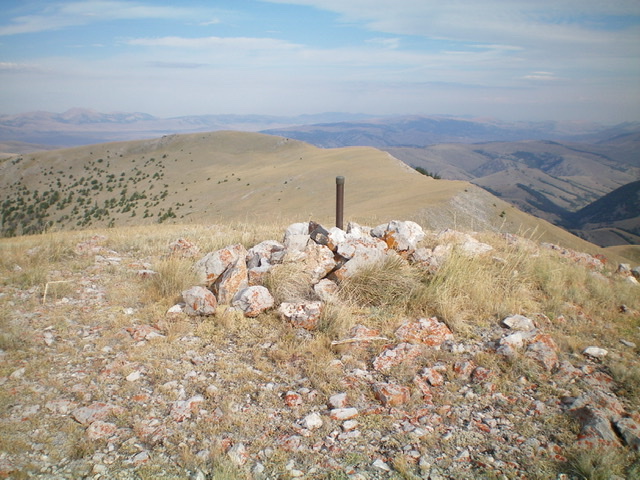 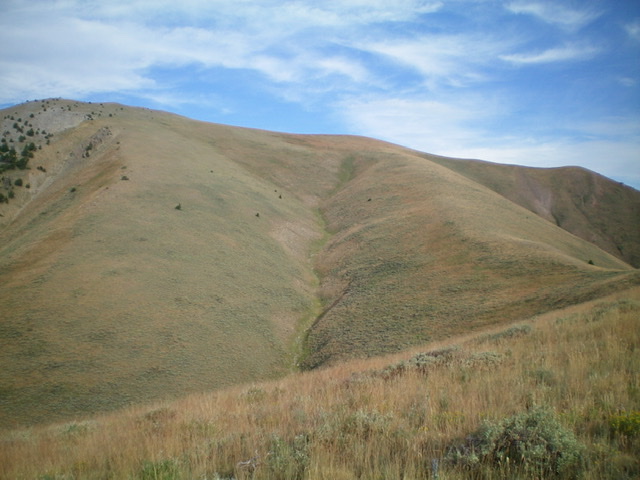 Peak 9660 and its gentle southeast ridge (right of center). The summit is not yet visible. Livingston Douglas Photo

From the summit, return east to Point 9641 then descend the ridgeline northeast then east down steep, loose shale to reach a gentle saddle of scrub. This 8,900-foot saddle connects Peak 9660 to Peak 9201 and concludes the third leg of today’s five-peak adventure. Peak 9201 is up next and is close by.