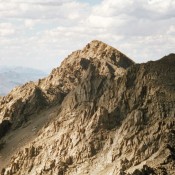 Climbing and access information for this peak is on Page 253 of the book. Derek Percoski and Dave Pahlas have provided the additional route information found below. Updated August 2019

Pegasus Peak sits east of Surprise Valley and north of Standhope Peak. It is the northernmost peak on a rugged ridge line that includes two other 11ers, Andromeda and Altair Peak. Rick Baugher and Chuck Ferguson made the first ascent of Pegasus Peak in 1994. USGS Standhope Peak 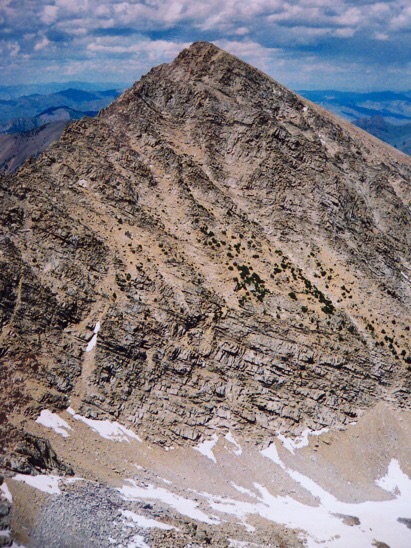 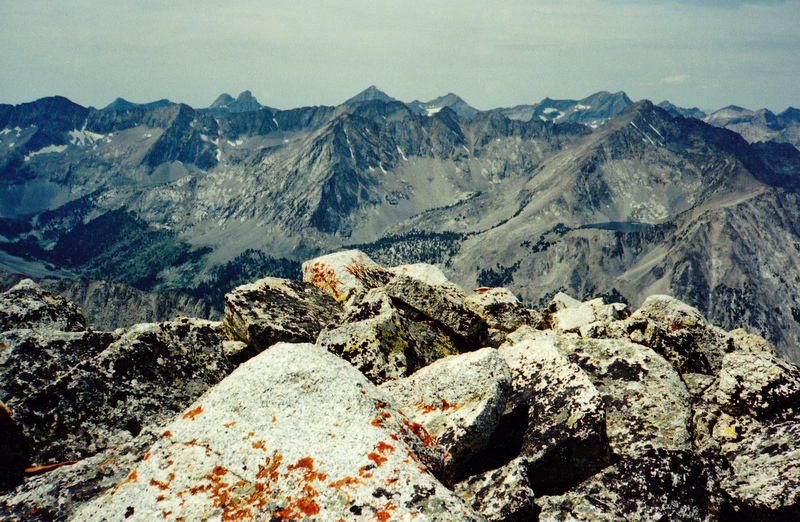 The view from the pristine summit of Pegasus Peak looking to the main Pioneer Mountain crest. Hyndman Peak is the pyramidal shape in the center, then Cobb Peak appears as an abrupt twin summit peak. Angels Perch is across the Fall Creek Valley on the right, middle distance. Behind Angels Perch is the twin summit of Goat Mountain. Rick Baugher Photo and Commentary 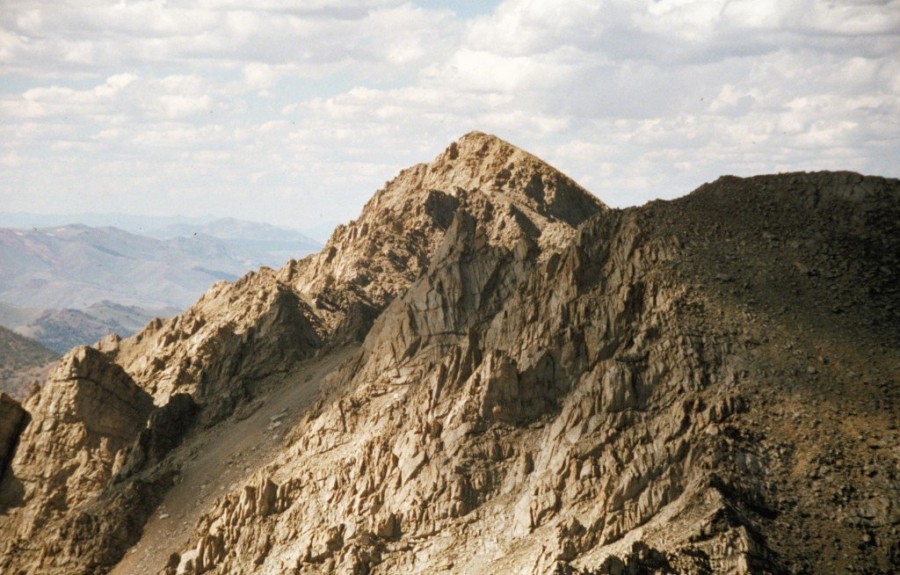 I climbed the Southeast Face just east of the South Ridge on Class 3 terrain. There are plenty of opportunities to improvise a scrambling route. A gully just north of Point 10727 also appears to provide a clear path. This information is primarily useful to a climber looking to do Andromeda in the same day, since accessing the Southeast Face would otherwise involve hiking past the standard route described in the book.

Dave’s route traverses the peak. His trip report is linked below. Dave describes the actual climb as follows:

“As we made our way up the valley, Pegasus Peak came into view and the East Ridge looked like a nice direct route to the summit. We continued on until we were next to Big Black Dome (on our left) then veered to the right and headed up the small valley northeast of Pegasus Peak. Once at about 9,900 feet, we climbed the talus to the south and made our way up to a scenic shelf lake for a snack. From here, we eyed a couple lines to gain the ridge. We had ice ax and crampons, but I was suspicious that the snow would be too soft. Up we went to the base of the snowfields. The snow wasn’t bad, but the adjacent rock seemed stable, so we elected to take a dry route to the ridge. The rest of the climb was a walk-up. We set a steady pace and made it to the summit by 12:30PM.”

Dave’s GPS track for his traverse. 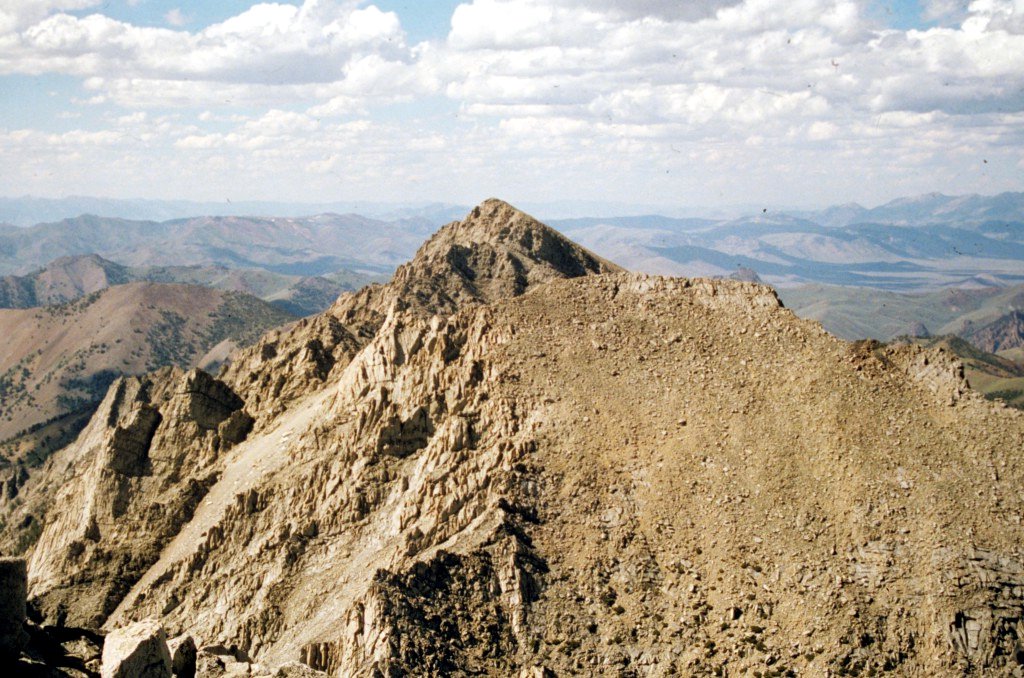 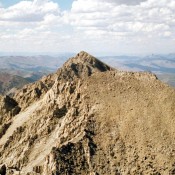