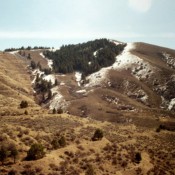 Climbing and access information for this peak is on Pages 144-145 of the book. Access issues have closed two routes listed in the book (Rocky Canyon and Table Rock). Recent maps show the elevation at 5,904 feet, a slight difference from the book. Updated July 2019

Idaho Fish and Game manages the surrounding land. Wildlife management is the number one priority in this area. Consequently, the area may be closed at times to protect wildlife. Lucky Peak is a great Spring climb with expansive views of the Treasure Valley and the City of Boise. The peak is one of the 4 peaks dubbed the Grand Slam Peaks. The other 3 peaks are Mount Heinen, Cervidae Peak and Kepros Mountain. USGS Lucky Peak 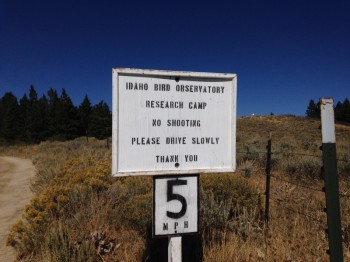 This sign identifies the current use of the summit area. 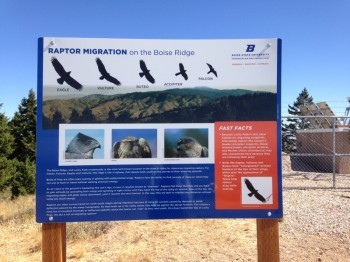 This sign explains why the BSU camp is present. There were bird watchers all around the summit. Several trails have been cut through the brush that lead to the viewing areas. 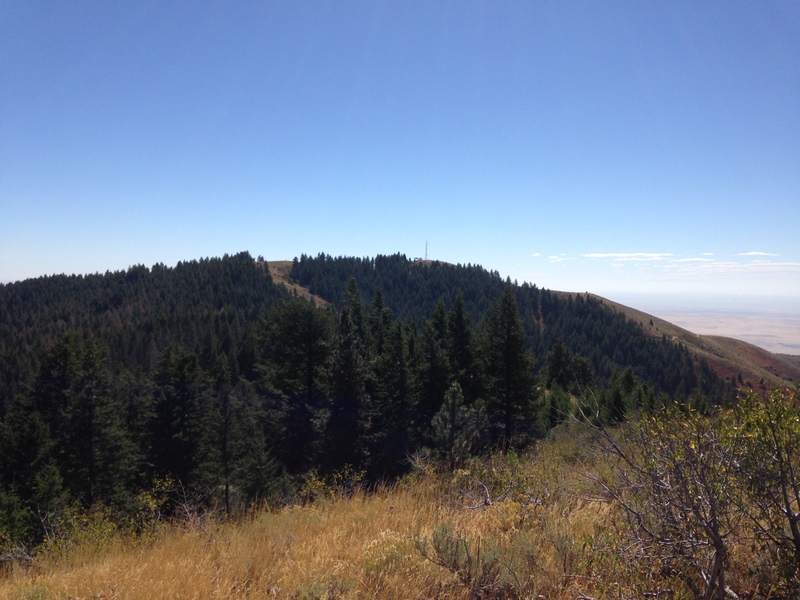 Lucky Peak as viewed from its lower summit.

This route begins in East Boise at the end of end of South Council Springs Road (formerly Squaw Creek Road). Access this road from East Park Center Boulevard (formerly Warm Springs Avenue). I named this route “Golden Dawn,” because it begins next to the Golden Dawn Trailer Park. This is the longest route to the summit (10 miles round-trip). The route gains roughly 2,900 feet of elevation from start to finish. The lower part of the route is very busy on sunny Spring weekends. See the route orientation map below.

Park at the end of South Council Springs Road and pass through a gate in the drainage. The road will soon climb a hill, turn right, and then move into the next drainage. The road switchbacks up this drainage and arrives at a junction. Continue uphill to the right. The road is easy to follow from this point. At 5,400 feet, you have following 2 options:

This route is accessed from ID-21, approximately 2.4 miles north of Lucky Peak Dam. Keep your eyes peeled for the turnoff on the West Side of the highway, which is signed as the Highland Valley Road. There is room for 5 vehicles to park at the intersection. Fish and Game closes this road to vehicles annually during the Winter. Most years, it reopens April 15th (something to look forward to other than taxes). Pay attention to signs on the gate, as the road may also be closed at times to hikers and mountain bikers. Farther up the road, you will reach a cattle guard and a second parking area. See the route orientation map below.

The Highland Valley/Shaw Mountain Road Route covers roughly 10.0 miles round-trip with 2,300 feet of elevation gain if you start from the highway. When the gate is open, the road is often passable (when dry) for cars over its first 2 miles. If you drive the first 2 miles, you will have an 8.0-mile round-trip adventure with  2,100 feet of elevation gain. The route runs east from the cattle guard to a junction. Go right and follow the road to a second junction. Once again, take the option to your right. The road now starts climbing seriously. You will pass a few other junctions along the way. Stay on the well-worn road. Eventually, the road reaches the summit ridge and passes through a gate. The summit is the high point to the east. The road circles the north side of the peak to one last junction. Go left and the road will take you directly to the summit. 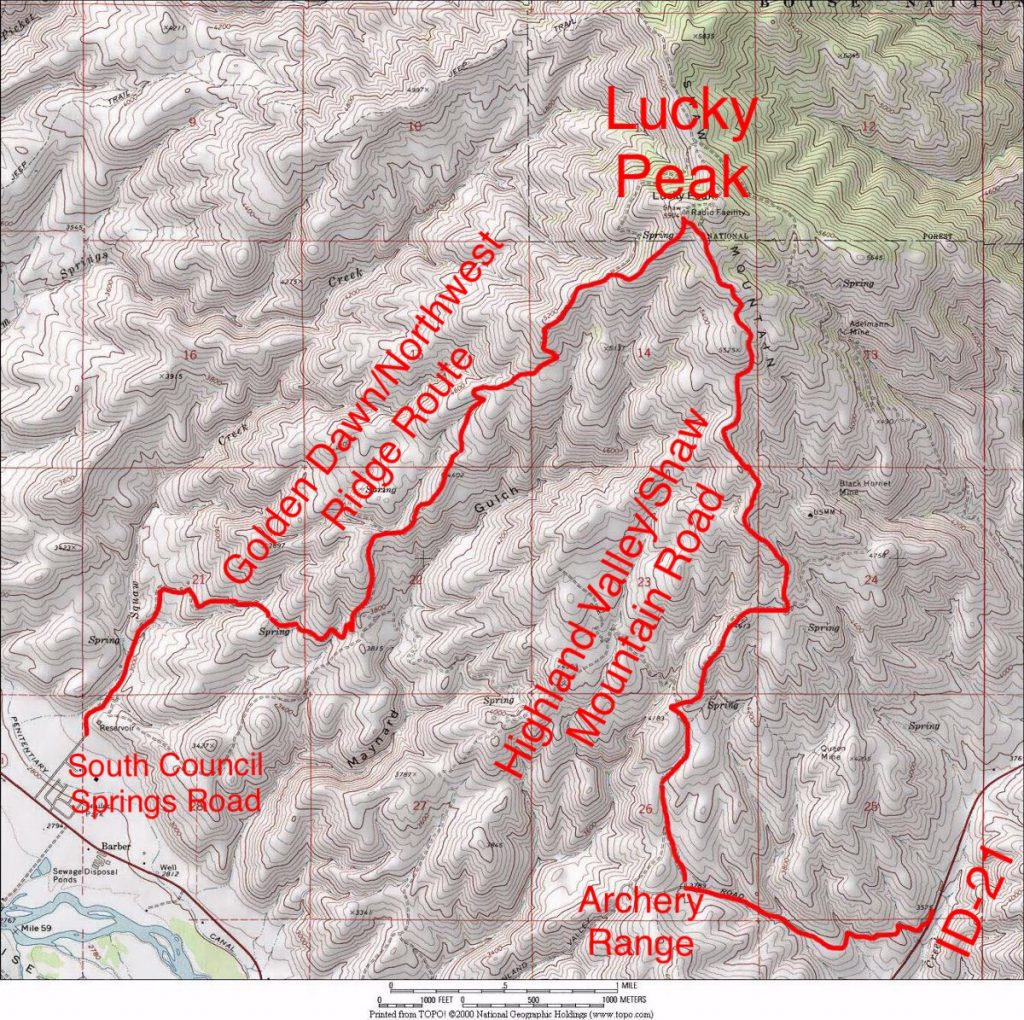 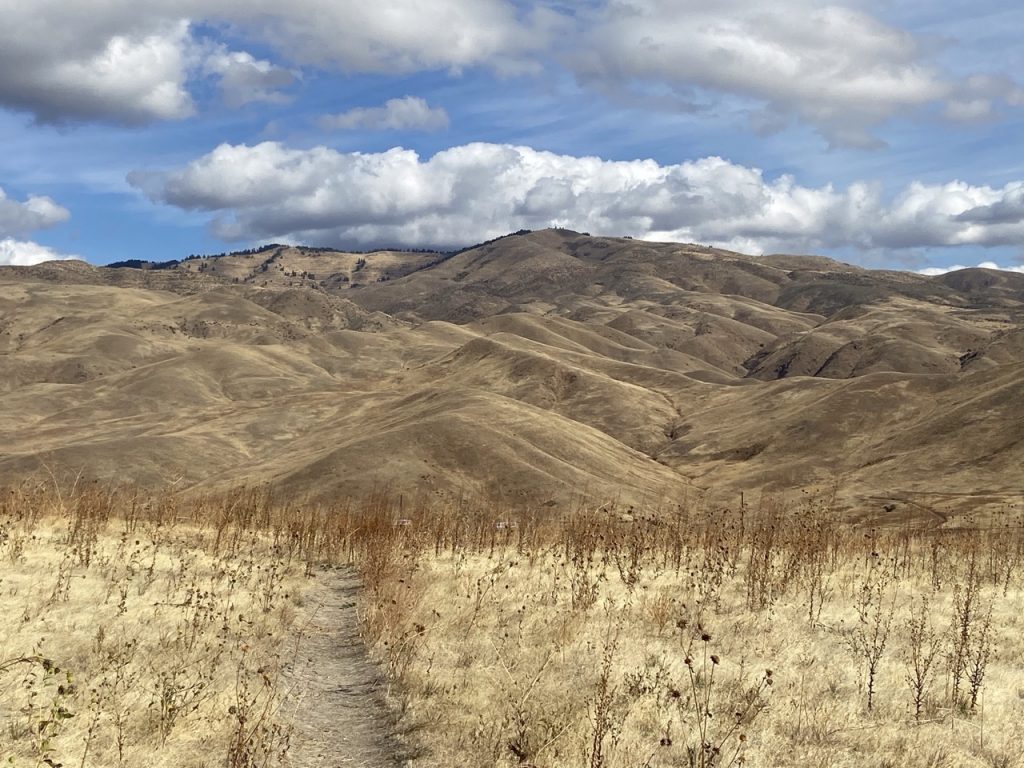 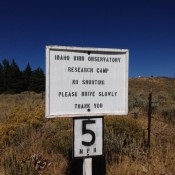 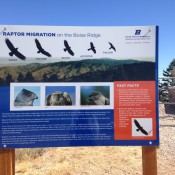 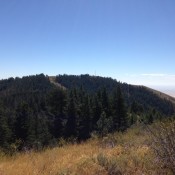 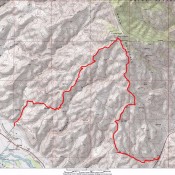