The Grand Slam Peaks are 4 peaks near Boise that I have used for Spring Training for many years. These peaks generally melt out early and offer an enjoyable range of hiking experiences for people anxious to get out into the mountains.

I generally climb the peaks starting with [the lowest] Cervidae Peak because it always melts out first. It is often snow-free by mid-February. I then tackle Kepros Mountain. Kepros offers ridge walking with great views. It is a 10-mile up-and-down hike, which really will stretch your legs. As a bonus, you can climb Peak 5380 that lies midway between the trailhead and the summit of Kepros Mountain.

Shaw Mountain/Lucky Peak is #3 on the list. My favorite route for this peak is from ID-21 where the Highland Valley Road leaves the highway. I like to mountain bike this route because it makes the descent pure joy. There is no better place to view Boise than from the top of this peak.

Finally, Mount Heinen is the real test for your conditioning program. If you can climb Heinen and feel strong doing it, you are probably ready to tackle higher peaks. If you take the standard route, you will find that it’s a real challenge and is an extremely enjoyable route. Scroll down the page for links to “Extra Innings Peaks” for additional Spring climbing ideas.

Read my article on the Slam first published in Idaho Magazine: The Grand Slam Peaks

Here are links to 2 other takes on the Grand Slam Peaks. Both are good reads:

(Click on the Peak Name to Read About Each Peak)

On the main crest approaching the summit.

The summit off in the distance.

The summit of Mount Heinen as you approach it from the north.

If you want additional Spring Training peaks close to Boise, check out the following summits. 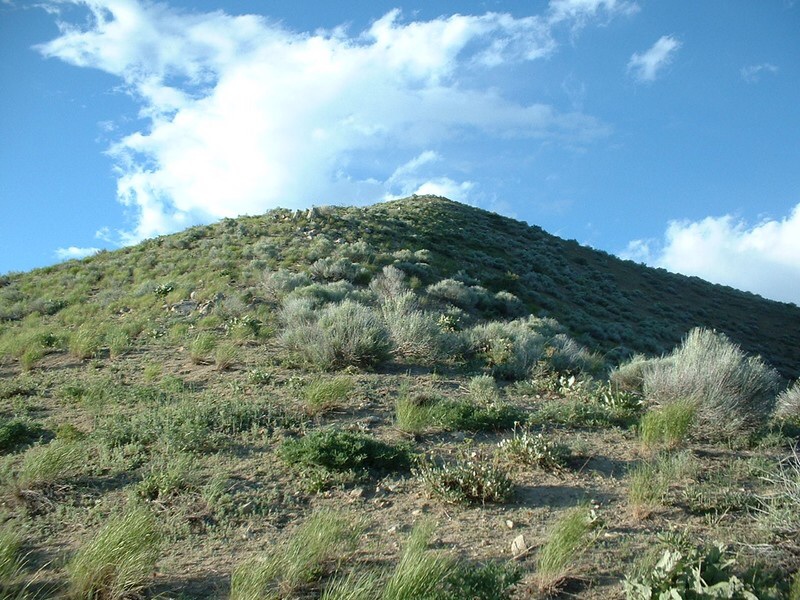 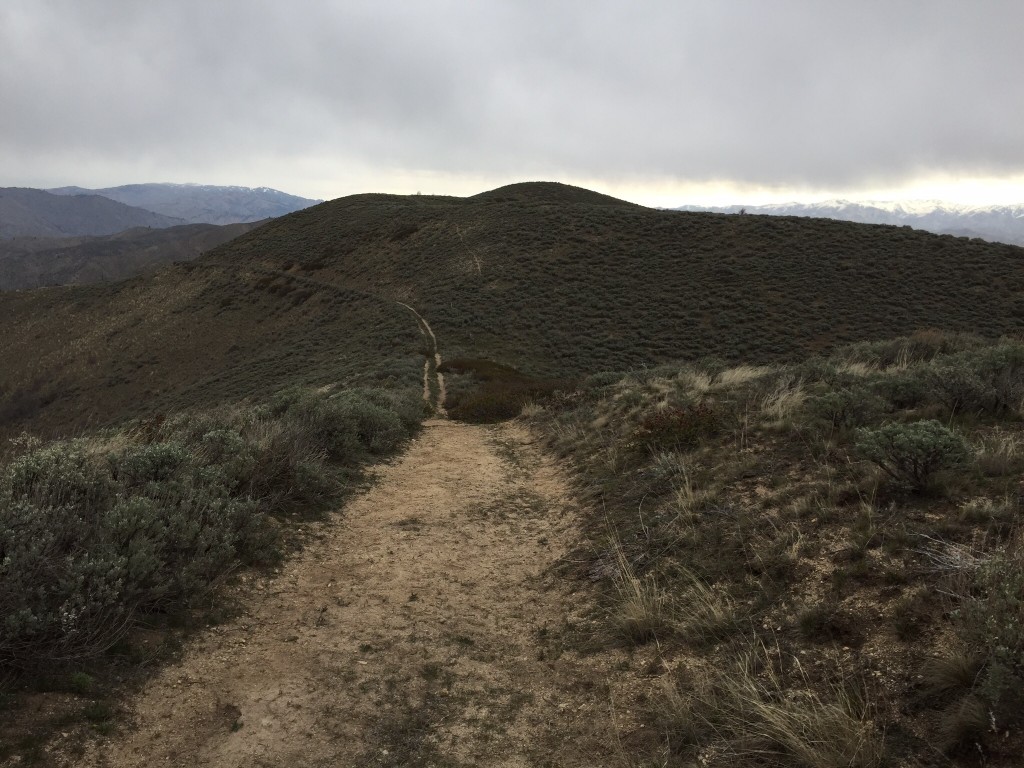 Peak 5090 as viewed from the south. The old road that follows the ridgeline to this peak and Peak 5100 is closed to motor vehicles. 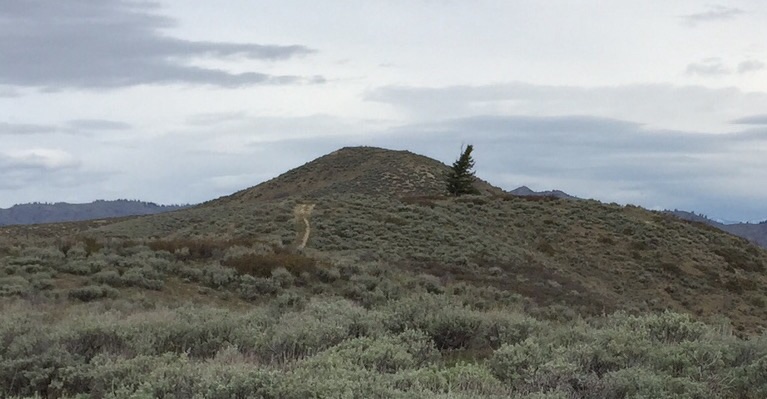 Peak 5100 sits at the head of Lime Creek and west of Grouse Creek on the West End of the Danskin Mountains. 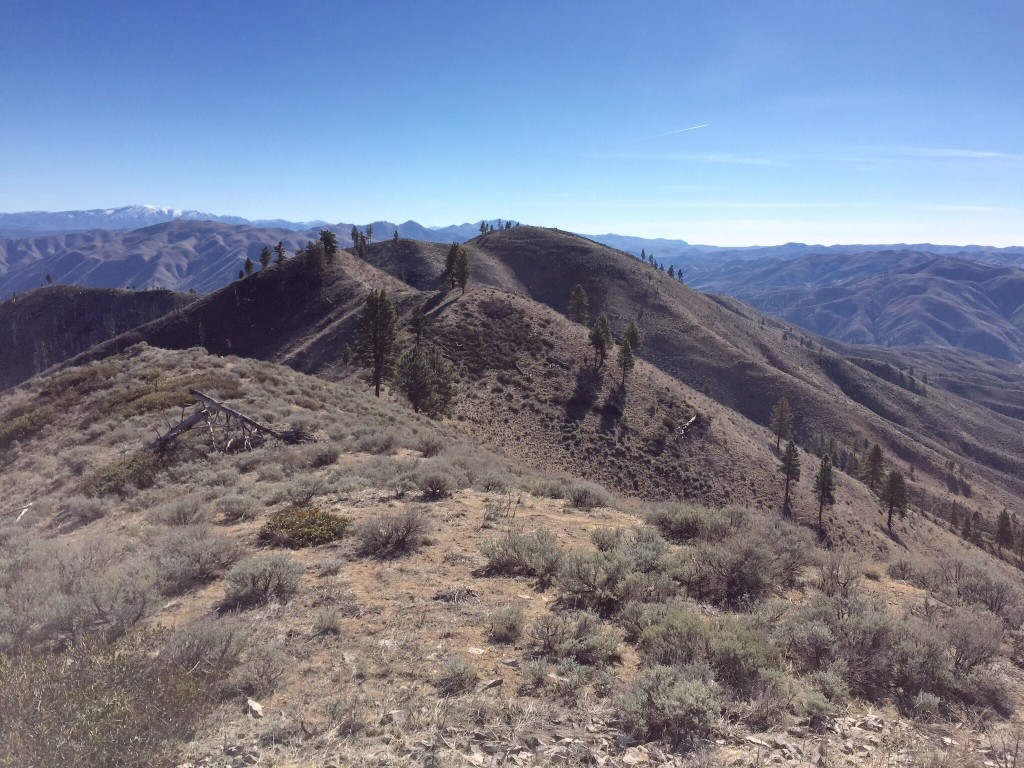 Peak 5180 as viewed from its West Summit.