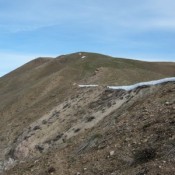 Climbing and access information for this peak is on Page 146 of the book.

Cervidae Peak is located in the Boise Mountains just north of Lucky Peak Lake. The peak’s name originated with Dan Robbins and, thanks to Dan’s efforts, the name was adopted by the U.S. Board of Geographic Names in 2015. In scientific taxonomy, the family Cervidae is commonly referred to as “the deer family” and consists of at least 47 different species. Many mule deer are found in the area and on this peak year-round. Cervidae Peak is one of the 4 Grand Slam Peaks. The other three peaks are Mount Heinen, Kepros Mountain and Shaw Mountain. Of the 4 peaks, Cervidae Peak is the most popular and sees hundreds of ascents each year. I believe that Cervidae Peak has been climbed every month of the year.

I first hiked to its summit in 1990 and have climbed it many times since and from many different directions. The summit register records climbs in most months. It is a hot climb in the Summer and there is no available water. The West Side Route from ID-21 (in the book) is no longer accessible because of a recently-installed deer fence. This page focuses on the most popular route (the Southeast Ridge). Also see John Platt’s trip report. USGS Arrowrock Dam

Cervidae Peak is located north of Lucky Peak Dam. ID-21 runs along the West Side of the peak and FS-269/Middle Fork Boise River Road runs along the East Side of the peak. Follow ID-21 for 6.1 miles past the dam. Turn right after crossing the high bridge over Mores Creek onto FS-269. Follow FS-269 past the Spring Shores Marina for 2.0 miles. There is a large, unsigned parking area on the right/south side of the road. The trail starts across the road. There is a large bar gate. Go past the gate, turn right, and walk into a bulldozed area. The trail leaves this area on your left.

The Southeast Ridge Route climbs to the summit in 2.1 miles with a 1,700-foot net elevation gain. The rolling terrain along the way adds around 300 feet of elevation gain on a round-trip climb. I have rated the climb as Class 2 because the trail is a use trail rather than a maintained trail. There is a good tread the entire distance. According to my GPS on a recent ascent, my total elevation gain (round-trip) was 2,054 feet. 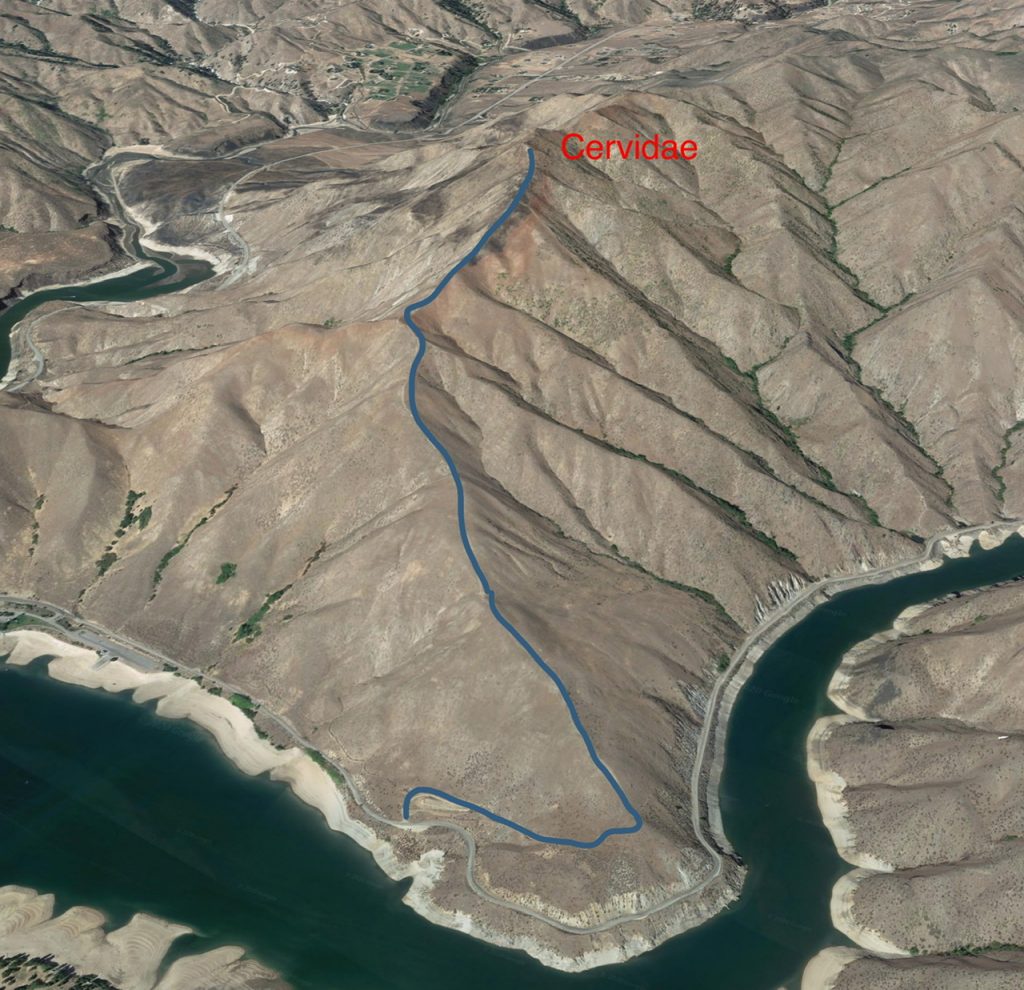 The Southeast Ridge Route is shown on this Google Earth Image.

The route leaves the trailhead and contours up and over to the Southeast Ridge. The route climbs up the ridge and alternates from steep to less-steep “steps” to the main ridge. Follow the main ridge north and descend to a saddle. From the saddle, the route steadily ascends the remaining distance to the summit. 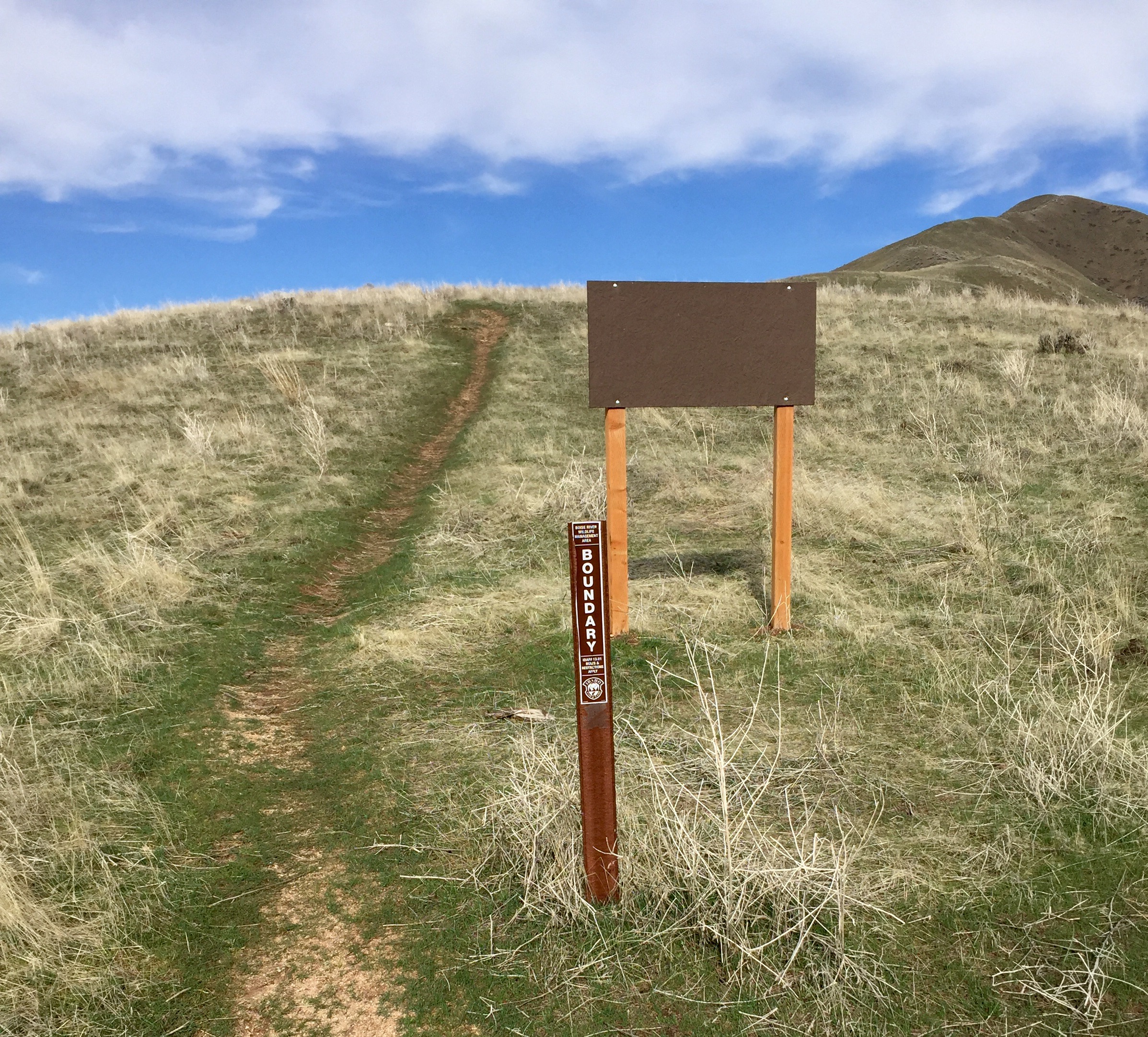 Idaho Fish and Game manages the land around the peak. Fish and Game recently installed these two signs partway up the trail. In March 2017, there was nothing posted on the large signboard. 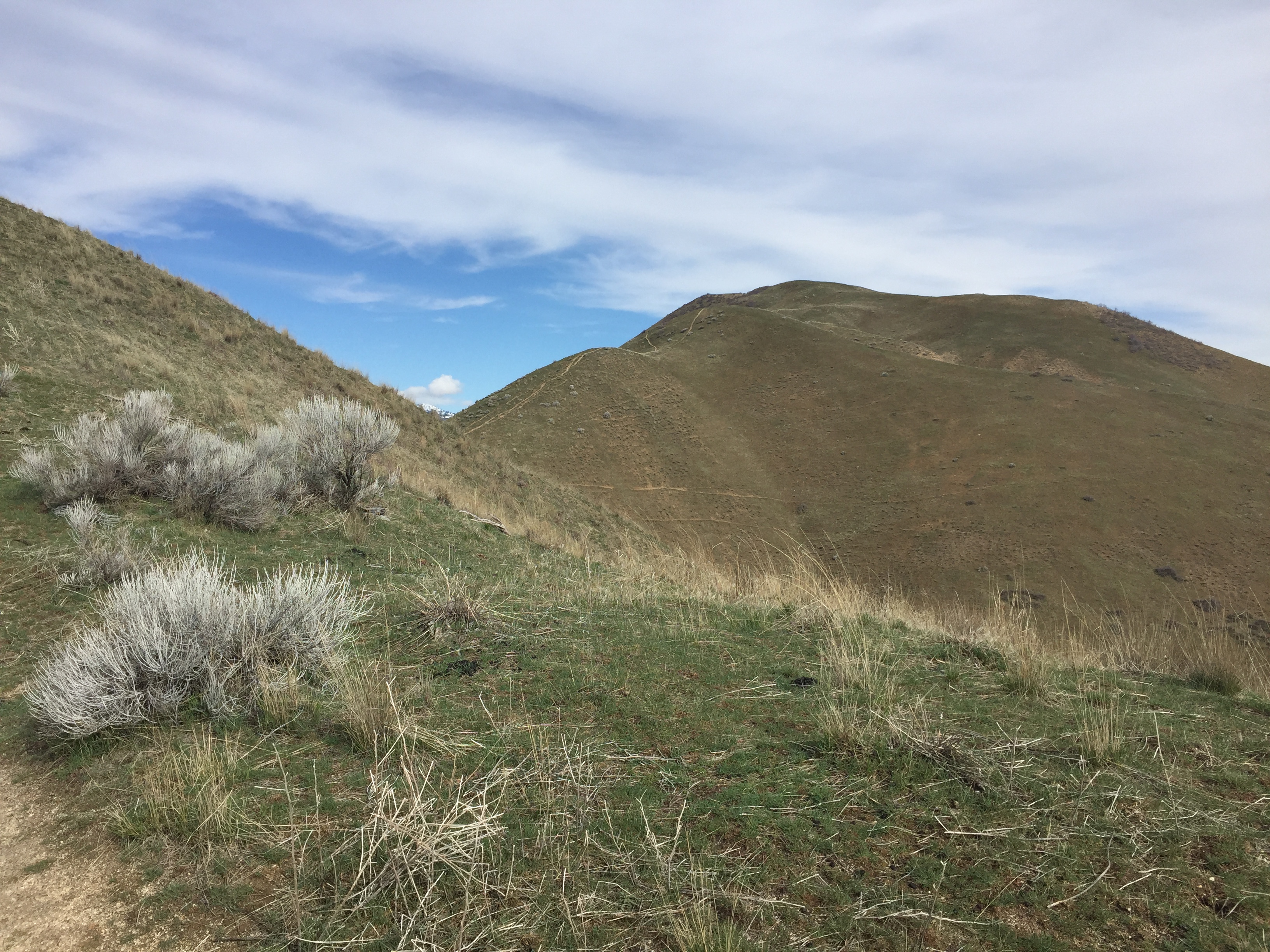 This photo was taken near the main crest. The summit is left of center. 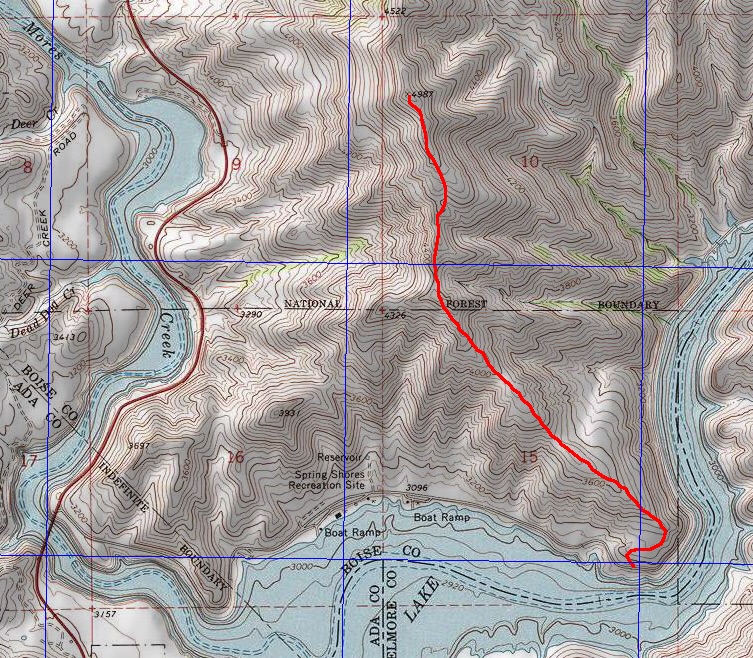 John Platt’s map shows the popular Southeast Ridge Route. This route is not in the book. It’s a bit longer than the Spring Shores Route set out in the book coming in at just under 4.0 miles round-trip. 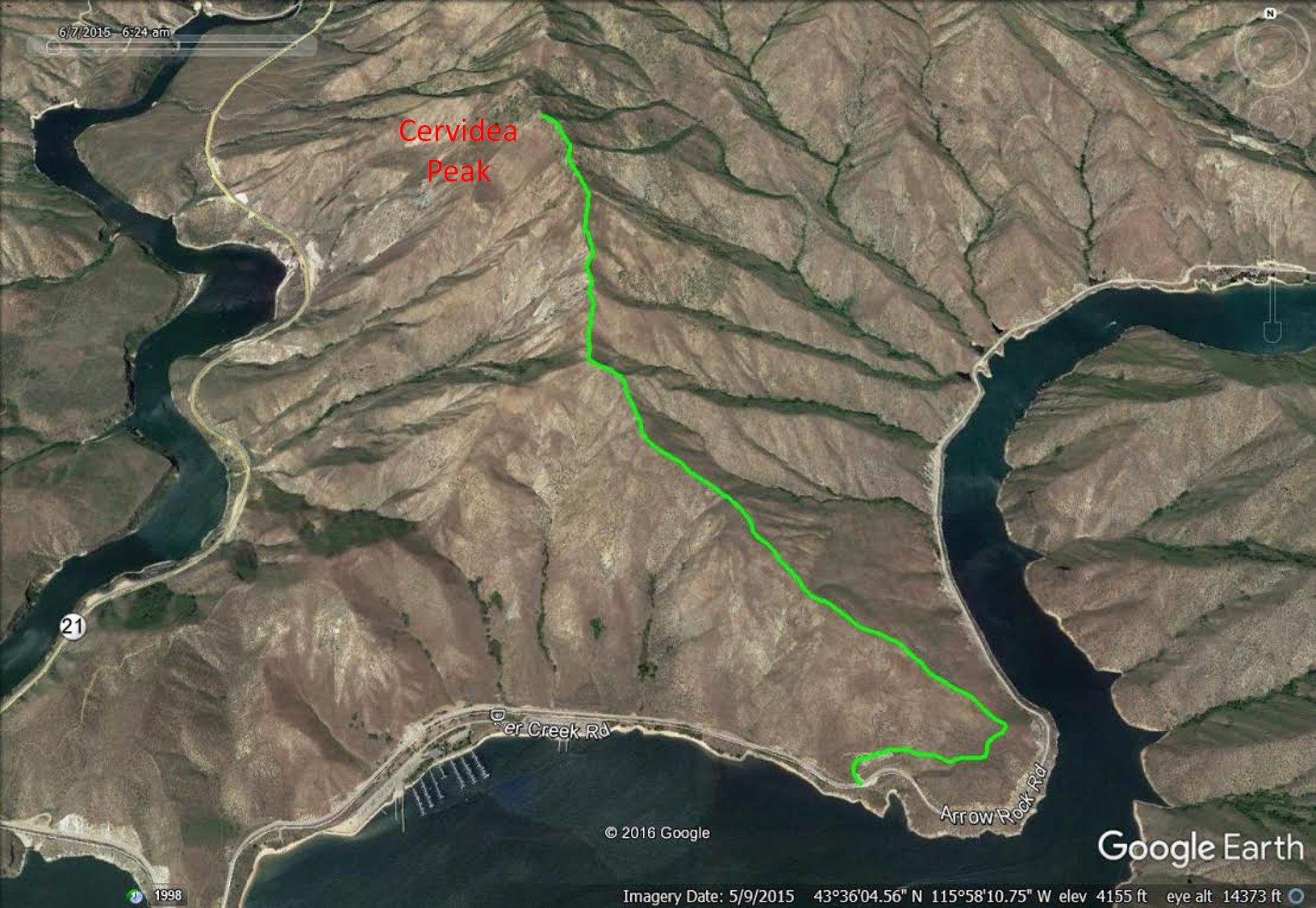 My GPS track for the Southeast Ridge Route superimposed on a Google Earth Map. 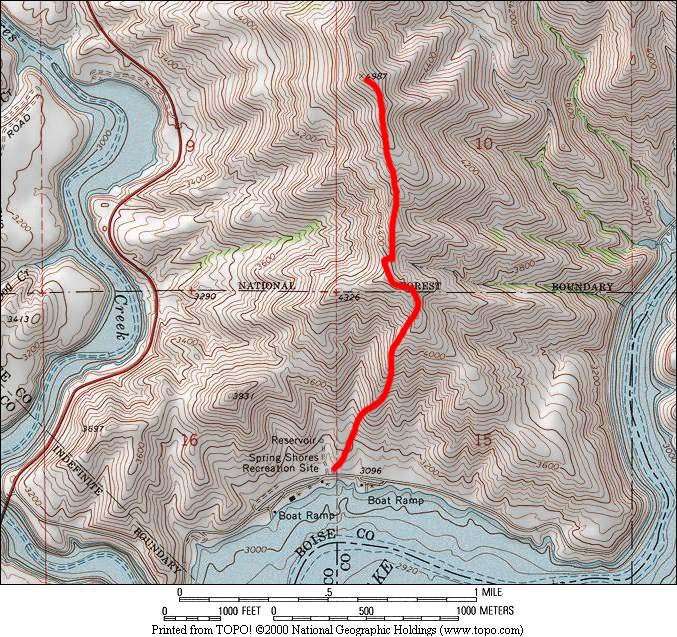 This map shows the steepest route (Spring Shores Route) on the south side of Cervidae Peak.

On the main crest approaching the summit. 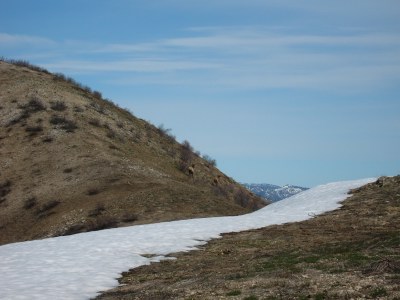 Further along the main crest, approaching the summit. 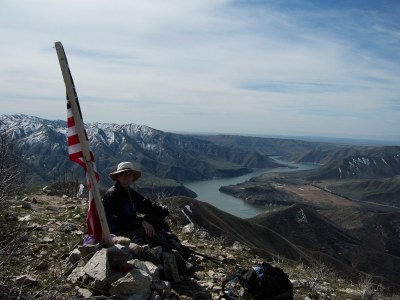 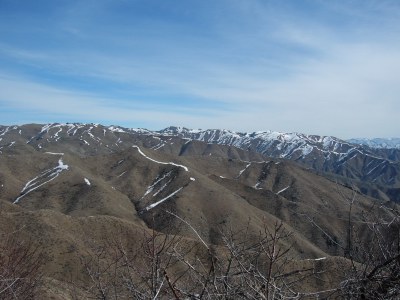 Looking north from the summit toward Mount Heinen. 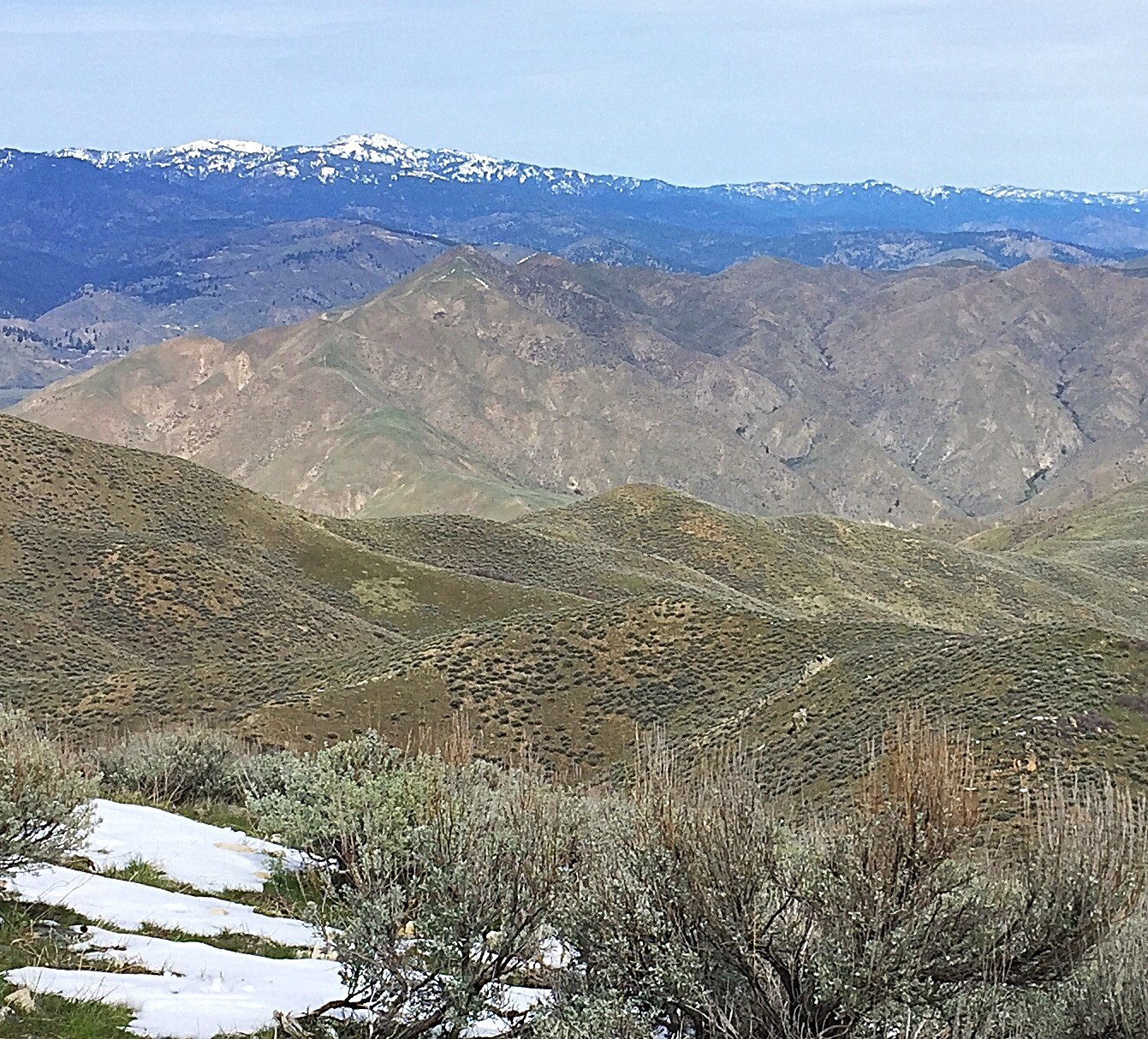 Cervidae Peak (foreground) as viewed from Kepros Mountain with Shafer Butte on the horizon. 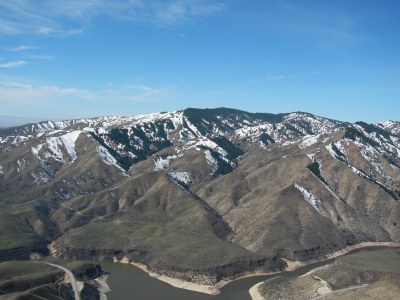 Shaw Mountain as viewed from the summit of Cervidae Peak. 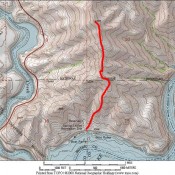 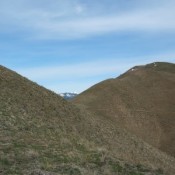 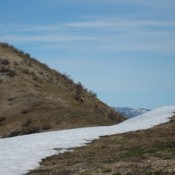 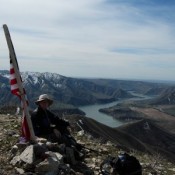 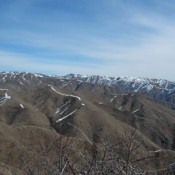 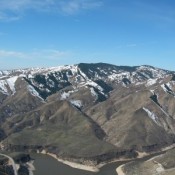