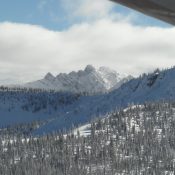 This group of peaks is located east of the Log Mountain/Deadwood Divide. This group is bounded by Johnson Creek and the Deadwood River in the west and ID-21 and the Middle Fork Salmon River in the east. In the north, the divide begins at Murphy Peak on Red Ridge (see Big Creek to Red Ridge Peaks below) near Monumental Summit and then snakes south for roughly 60 miles to end near Lowman. 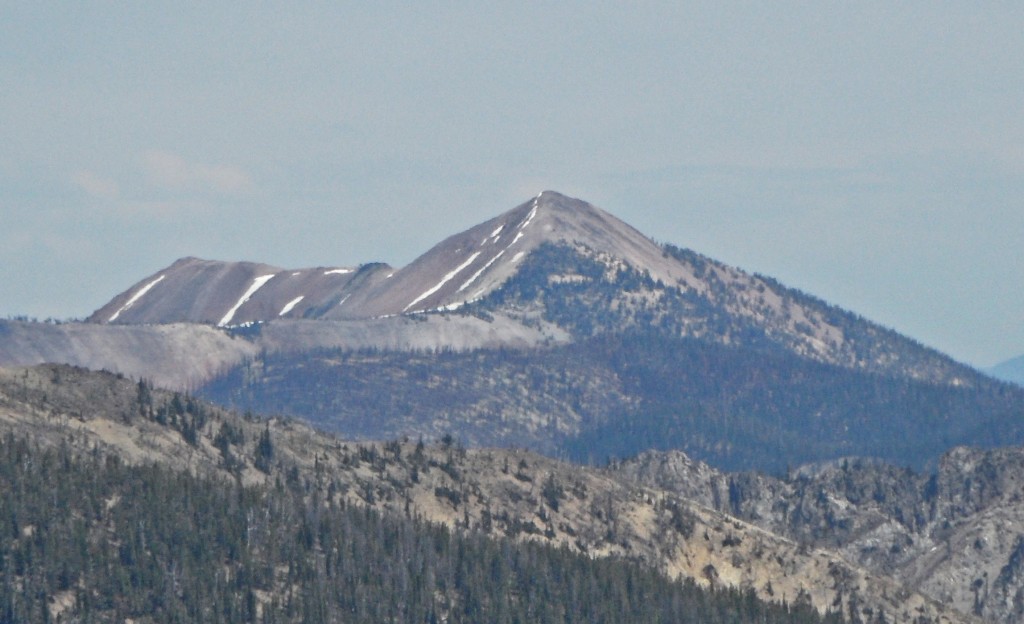 Much of the northern portion of this convoluted divide is within the RNRW. A large portion in the south around Red Mountain is roadless and is suitable for wilderness designation. Roads and trails follow the crest of this divide for most of its distance. 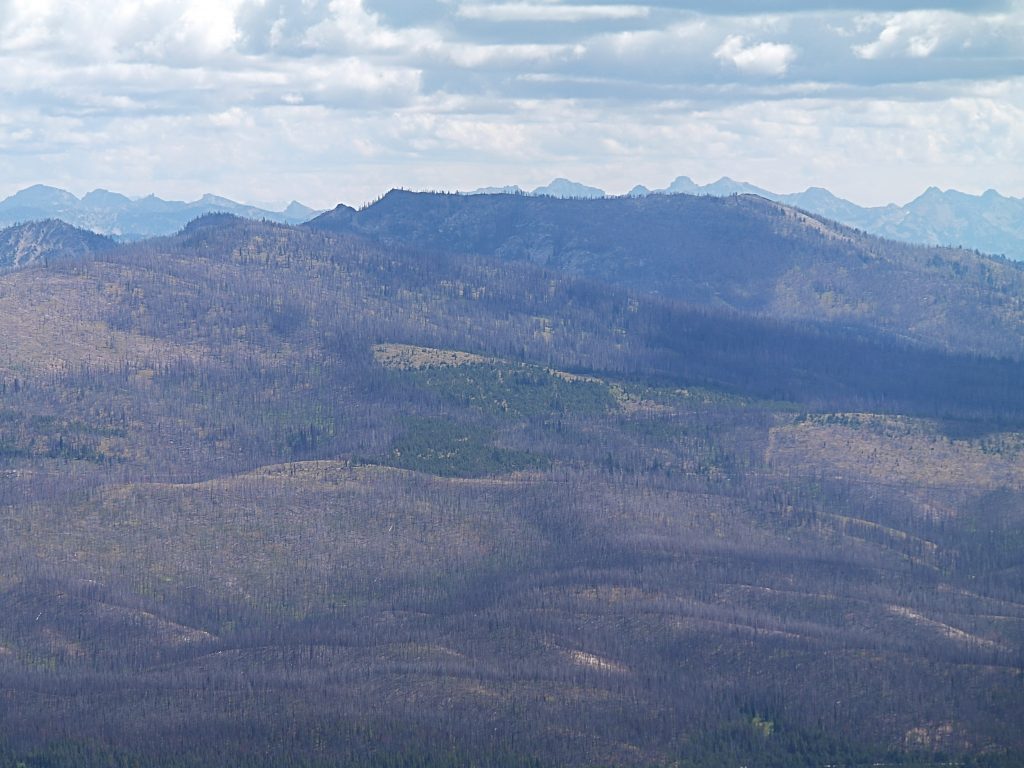 This diverse group of peaks encompasses a wide variety of peak forms. While many of the peaks are tree-covered, there are many rugged summits and lots of long winding ridges. In the south, there are several immense meadows like Big Meadows, Curduroy Meadows and Bruce Meadows. Read about the interesting history of this area at this link: Big Meadows History 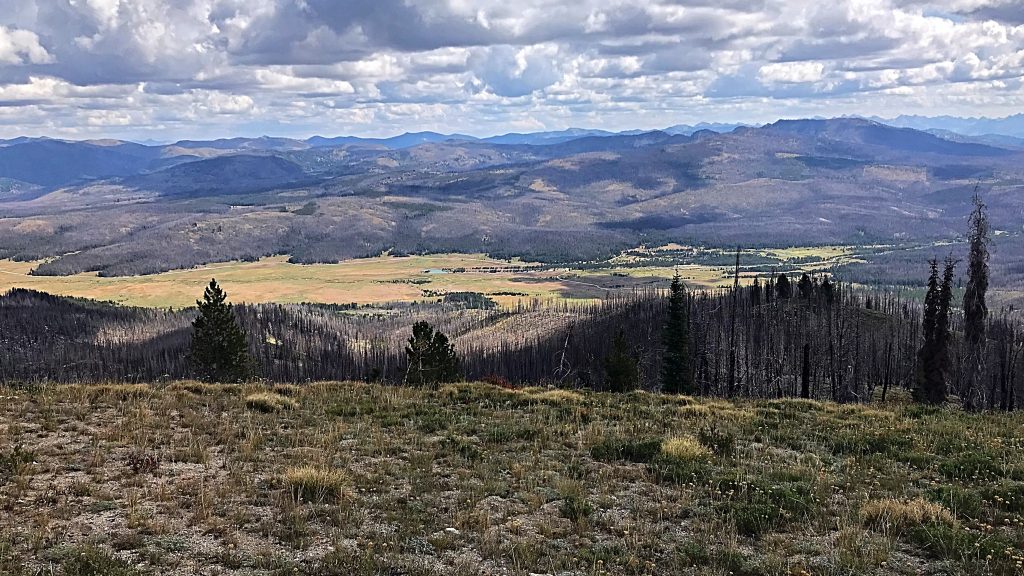 Access to these peaks varies greatly in quality and due to forest fires over the last 30 years many roads pass through large sections of burned ground. As a result, downfall is both a potential danger and obstacle. Carrying a chainsaw is always a good idea. 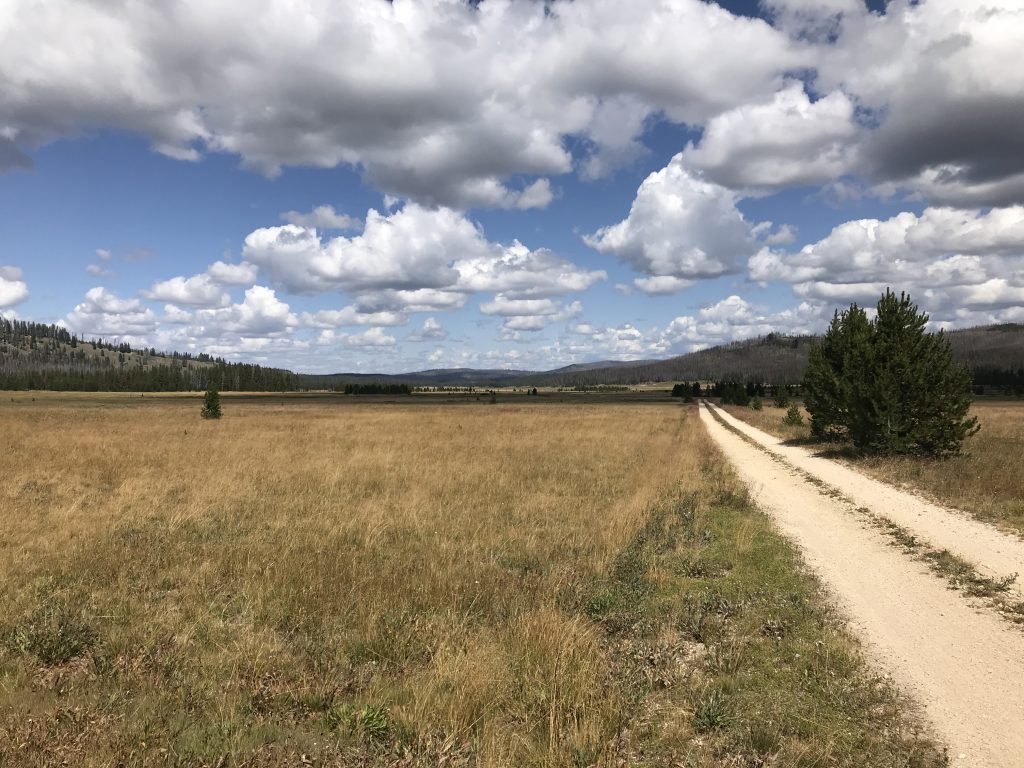 The peaks found in this section are listed at the following link: Johnson Creek/Middle Fork Divide