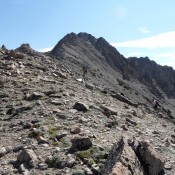 This peak is not in the book. Judi Steciak/Carl Hamke, Derek Percoski, Dave Pahlas and John Platt provided the following route information. Taylor Amato climbed the peak’s Northeast Ridge which was likely the first ascent via that gnarly ridge. Read about his route at this link: Northeast Ridge.

Lonesome Peak towers over Lonesome Lake. The peak is located at the West Terminus of the Boulder Chain of Lakes. While the most direct access to this peak is from this drainage, Most climbers have started from the end of the road in Fourth of July Creek on the West Side of the range. USGS Boulder Chain Lakes

D. O. Lee Peak dominates the view to the north along this ridge walk until the summit reveals an eye-popping vista of the Boulder Chain of Lakes. From the Fourth of July Trail, follow the Ants Basin Trail [(A)(a.1) on Page 229] until it drops into the basin. A maintained trail that is not marked on the topographic map leaves the Ants Basin Trail and heads east to the Born Lakes. From the Born Lakes, head NNW over easy cross-country terrain to the foot of the West Ridge. Ascend steeply through breaks in the cliffs to the ridge crest and follow it to the summit, staying to the south side of difficulties until just below the summit where it is easier to cross to the north side.

Dave Pahlas, Derek Percoski and John Platt have all climbed the Southwest Face, albeit by slightly different lines.

Derek reports: “I climbed Lonesome Peak up the Southwest Face. I chose the gully going straight up the center, since it looked like the most fun (Class 3). Other trip reports all seem to avoid scrambling and head toward the West Ridge. In my route, you’ll see that near the end I moved out of the center gully for the last bit. I only did this because I felt like spicing up the scrambling. It was unnecessary and impractical.” 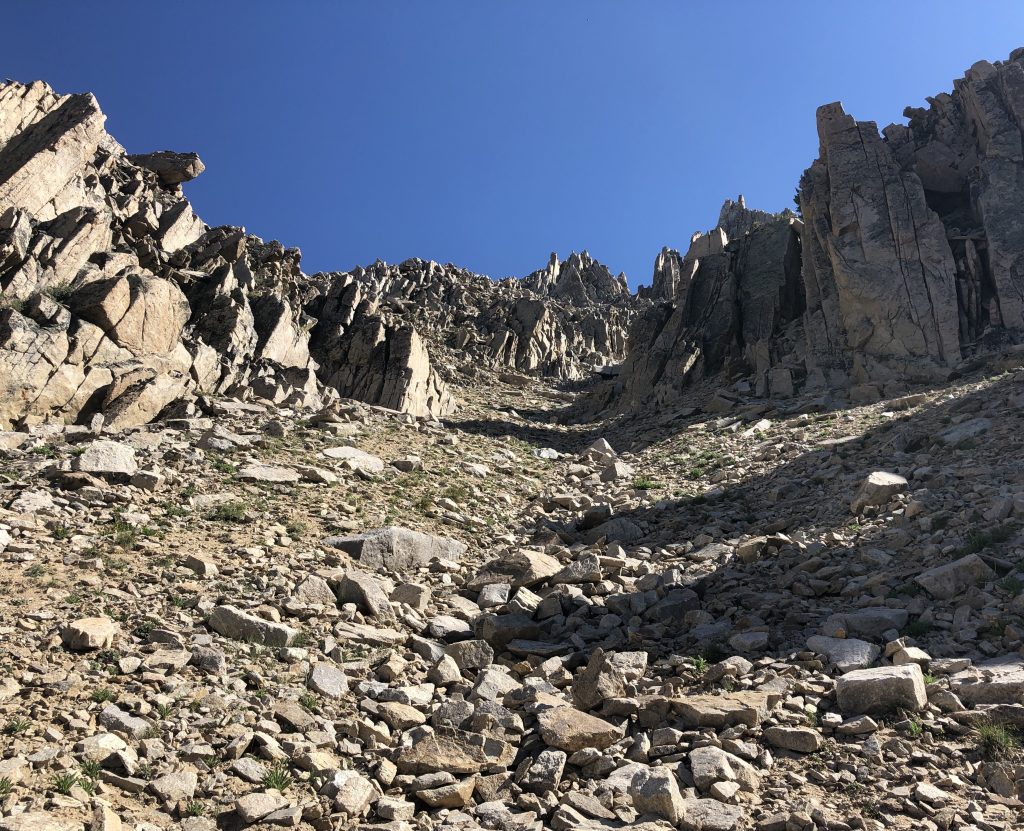 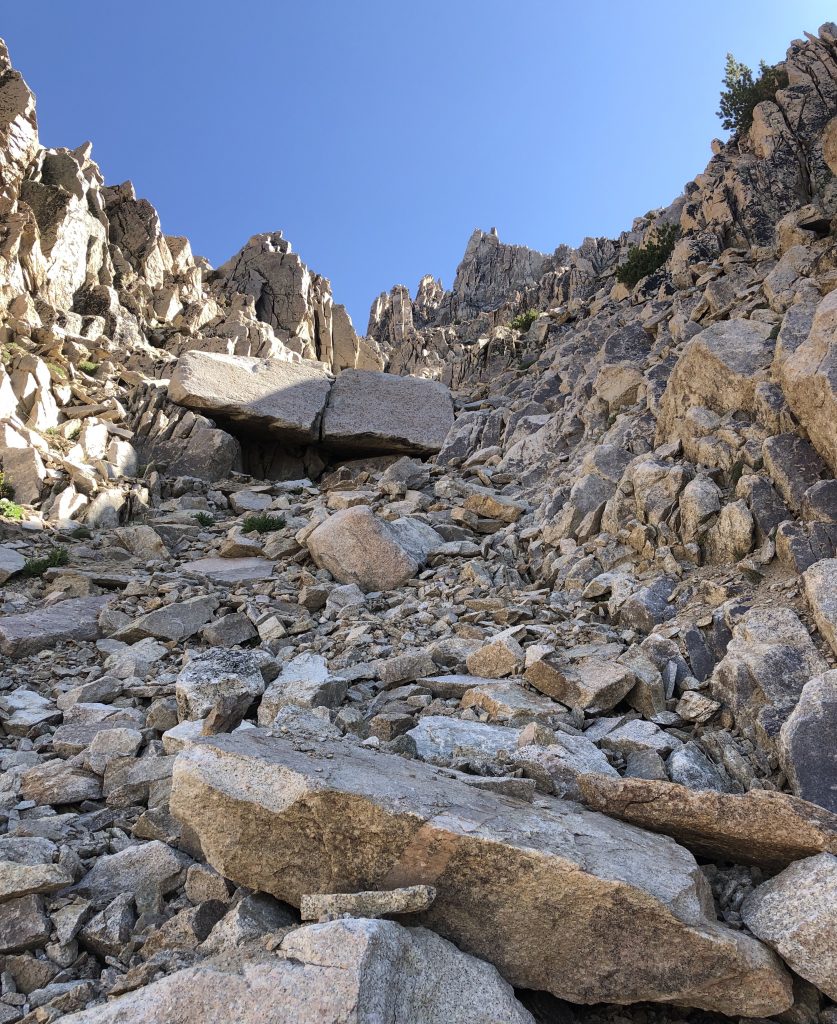 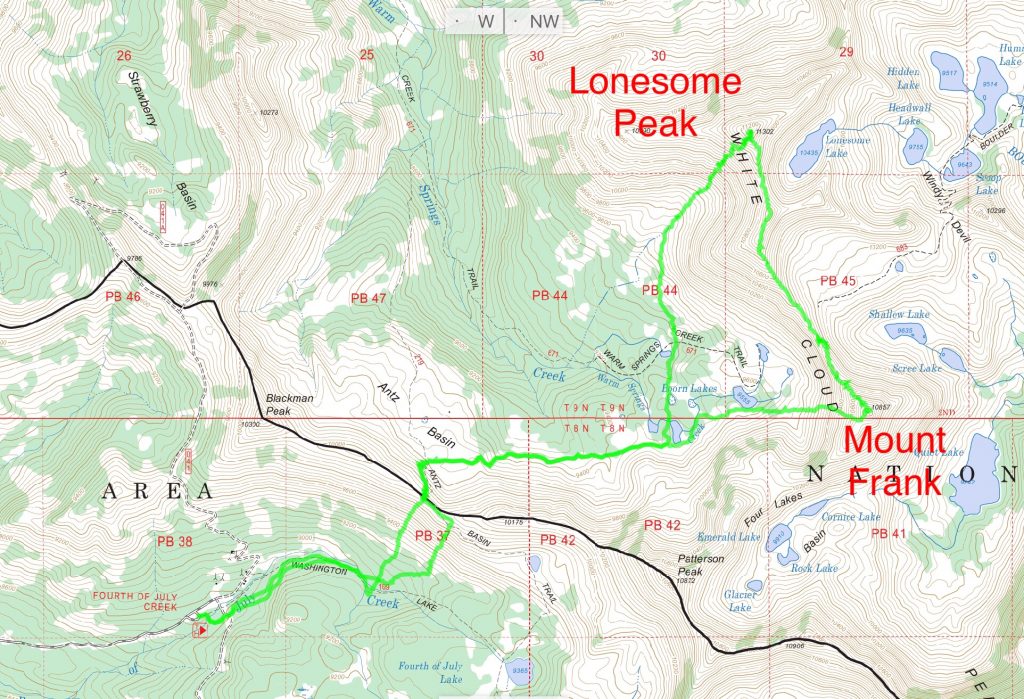 Derek’s GPS Track for Lonesome Peak and Mount Frank. This trek covers 10.0 miles and over 4,000 feet of elevation gain.

Dave Pahlas provided the following map showing his line up the Southwest Face. Dave’s trip report is linked below. 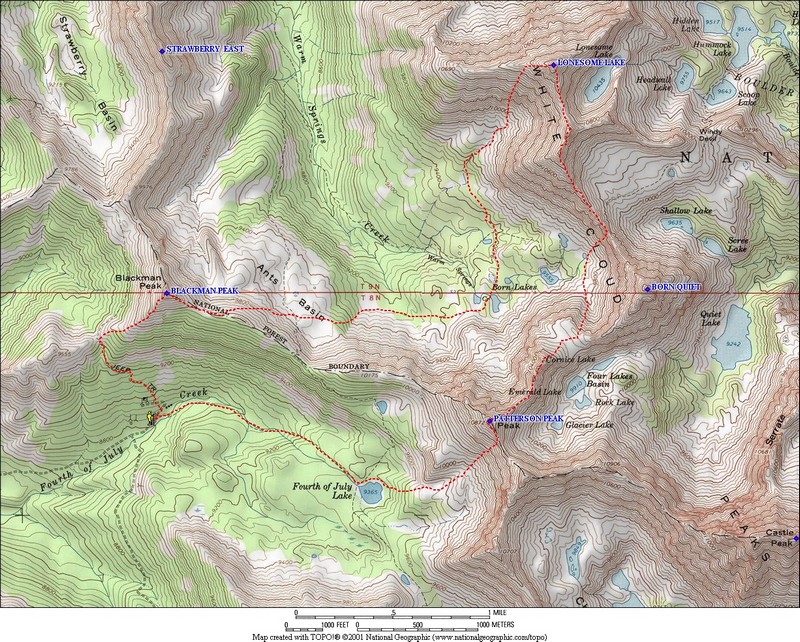 This report is based on observation only. From the summit of Lonesome Peak, I could hear a group of pre-teen boys down at Lonesome Lake. We spotted each other and exchanged “hellos.” Within a matter of minutes, they decided to climb the mountain too! They hiked toward the end of the lake and started working their way up the Southeast Face. It’s only 900 vertical feet of safe terrain, so I knew they’d be fine. As I descended the South Ridge, I confirmed that they made the summit. So there you go—we at least know the peak has been climbed from the east by a group of kids. Class 2+, just like the other side. 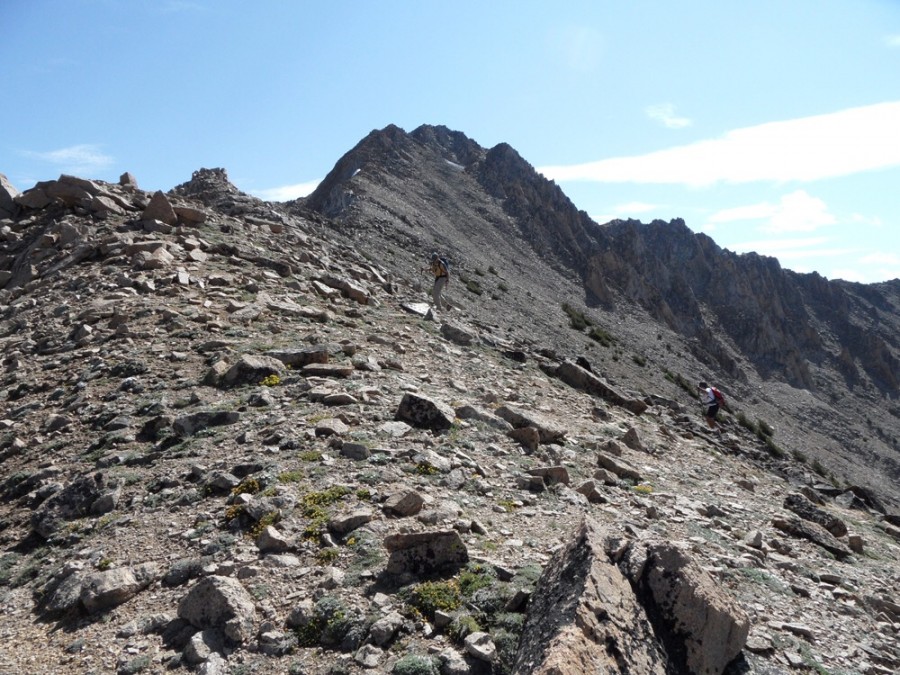 John Platt and friends climbed a line on the Southwest Face farther to the north than Dave’s and Derek’s. See John’s photo and also refer to his trip report linked below. 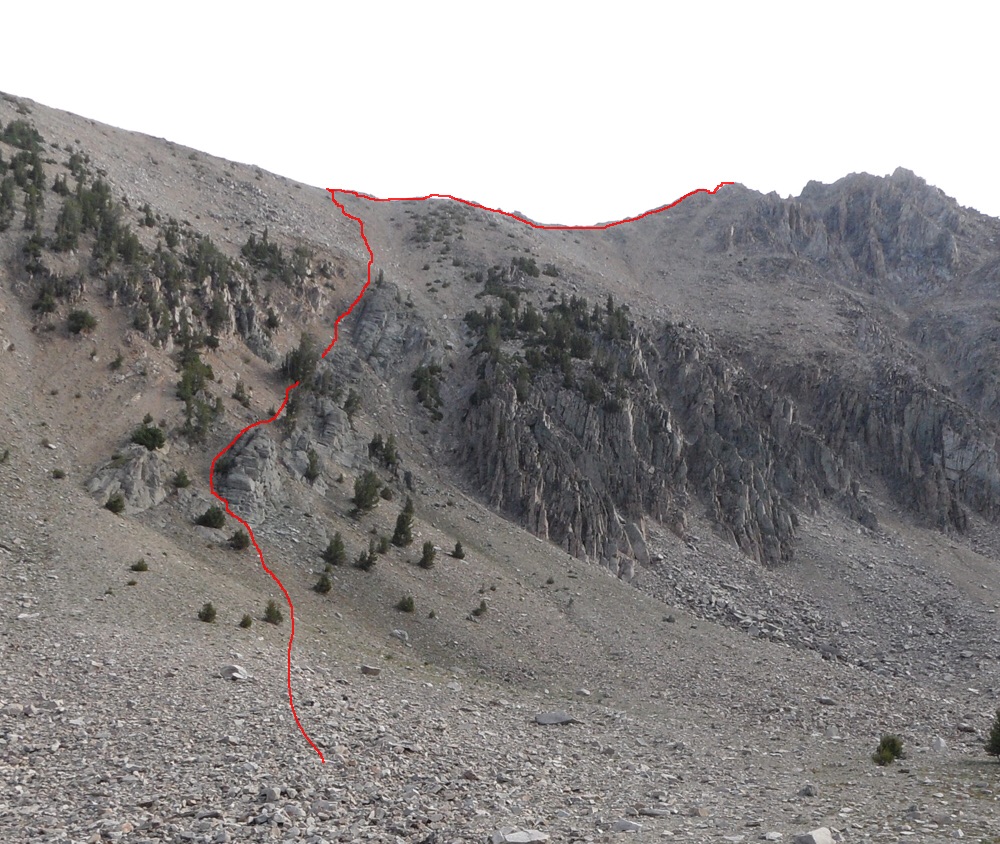 John Platt’s route is shown on this photo. 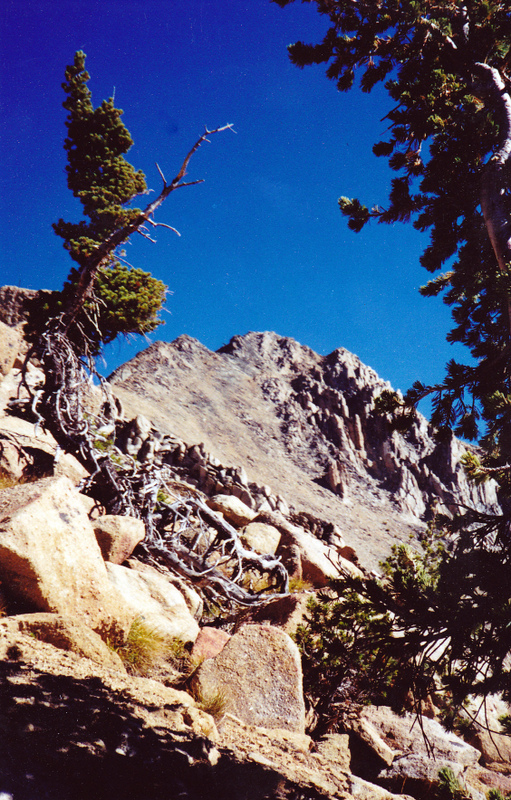 Looking east toward the summit while approaching this granite mountain by its West Ridge from upper Warm Springs below Born Lake (10/10/99). Rick Baugher Photo